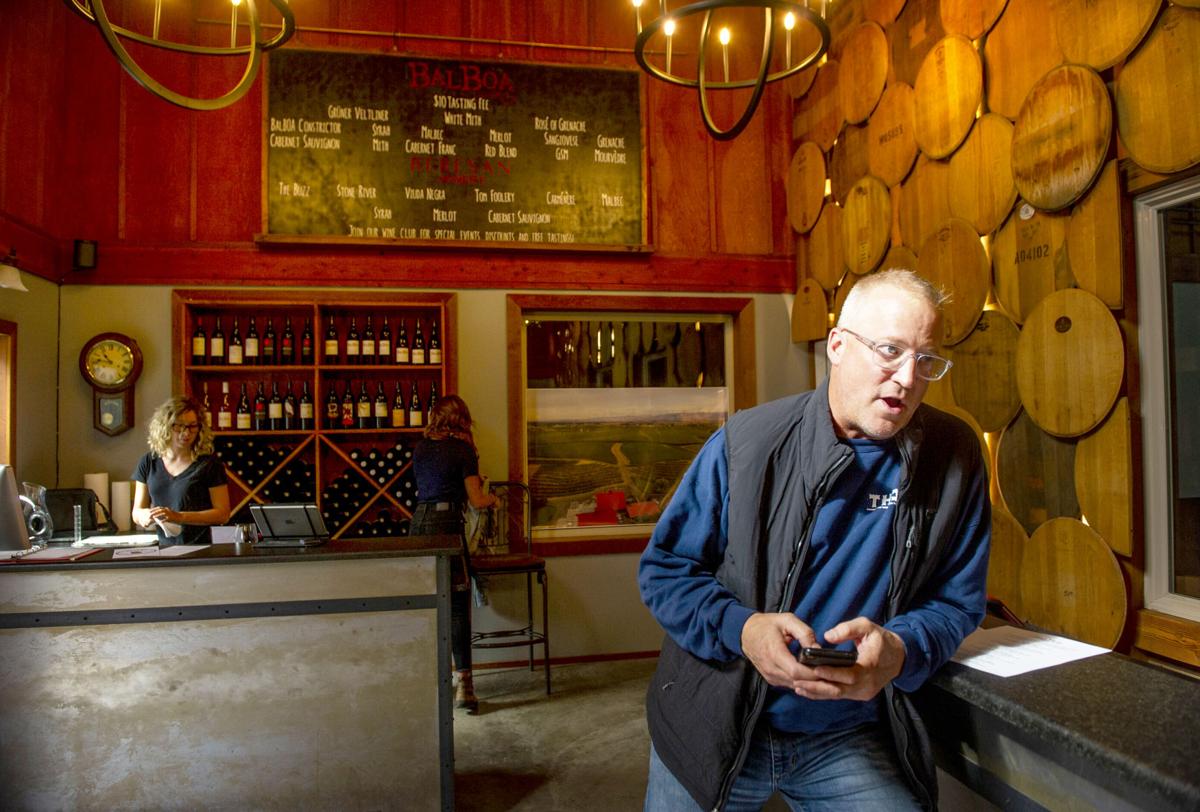 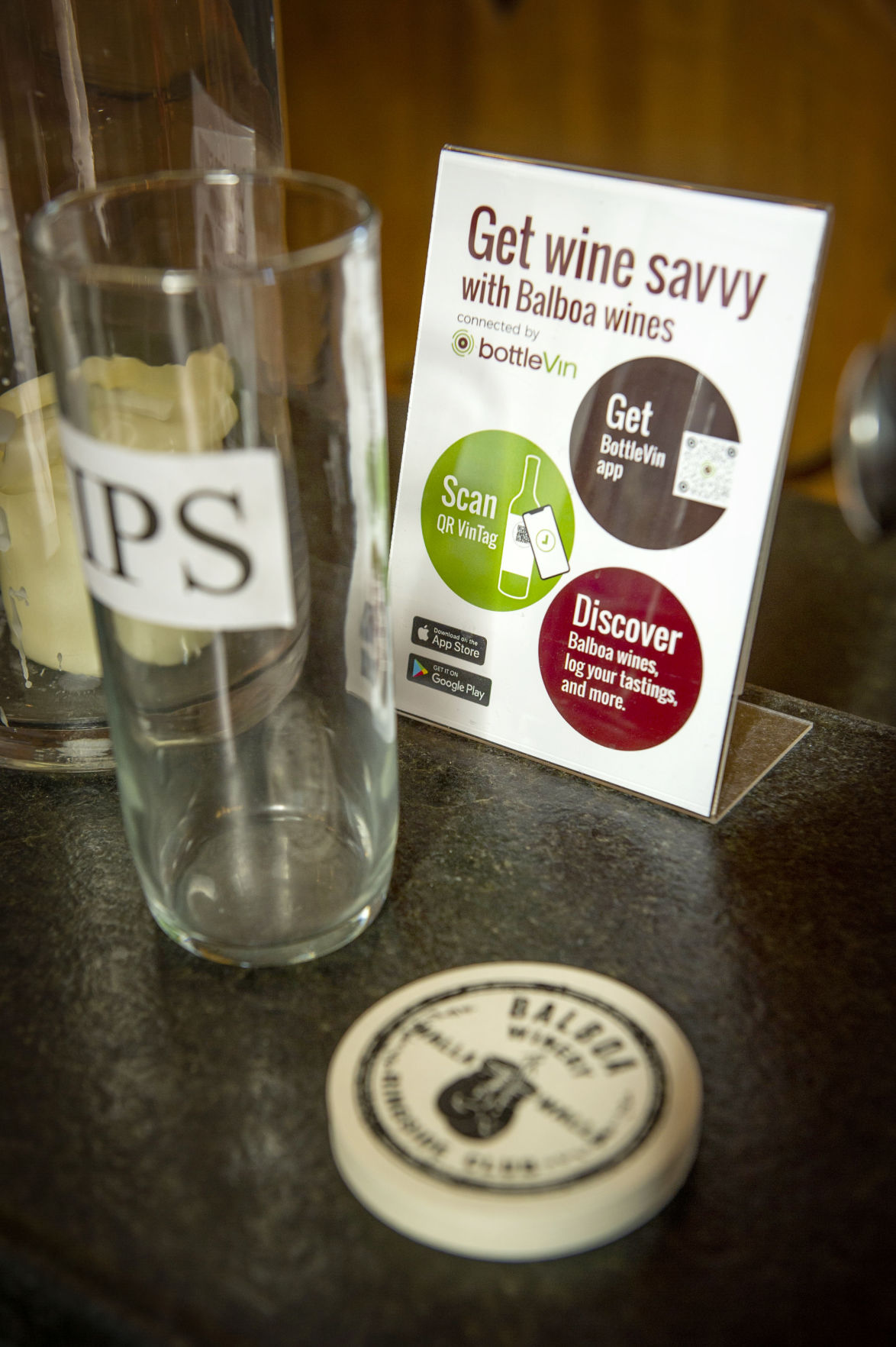 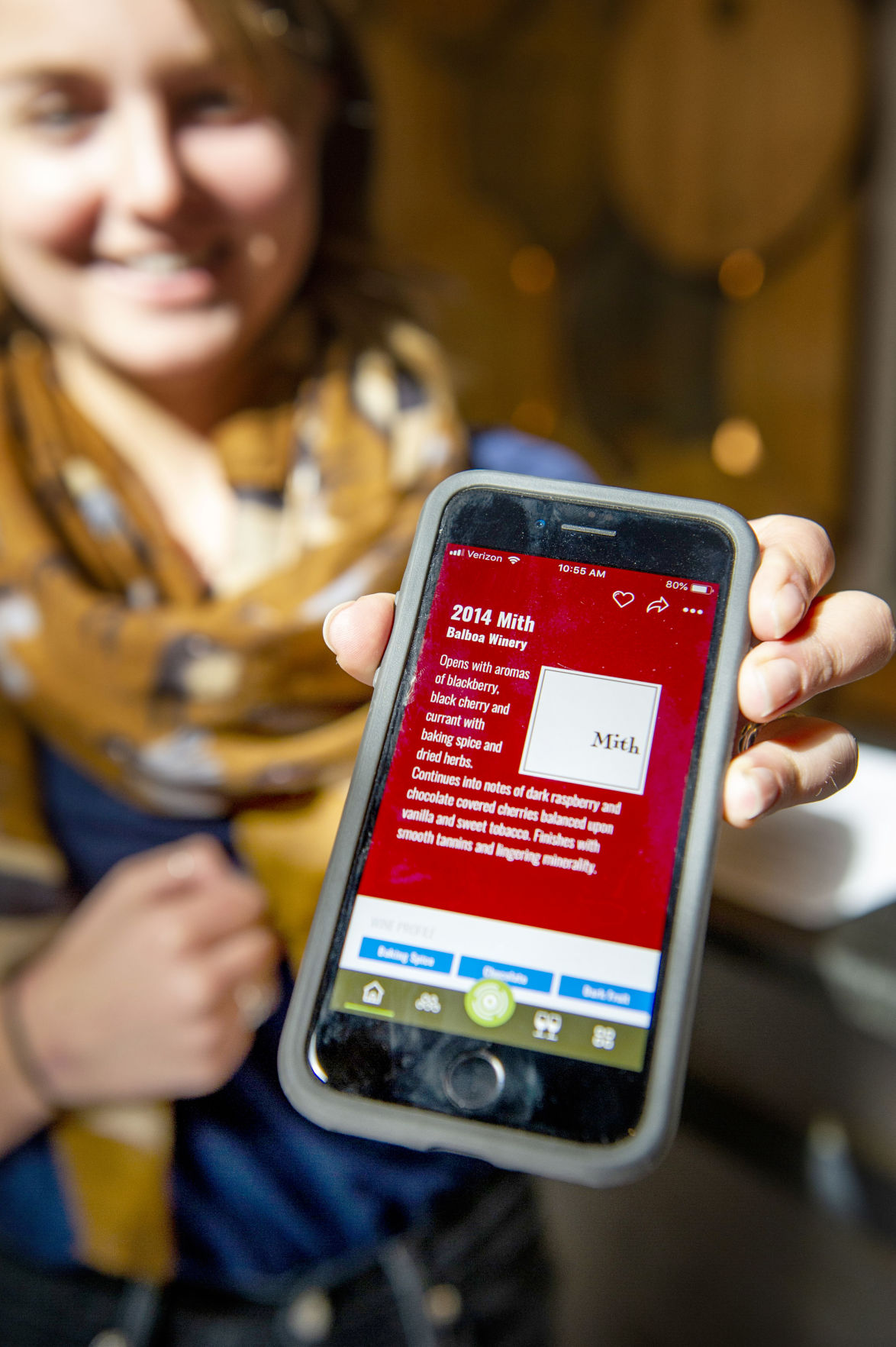 Balboa employee Claire Ommen shows what the BottleVin app says about the 2014 Mith after shooting a photo of the label recently.

Balboa employee Claire Ommen shows what the BottleVin app says about the 2014 Mith after shooting a photo of the label recently.

Labels at Balboa Winery reveal more than the Walla Walla company’s brand and vintage. Through QR code and imaging recognition technology, they can also tell you the wine’s profile, tasting notes, awards and accolades, how it’s drinking and what to pair it with.

Their platform uses a mix of near-field communication (NFC), QR and image recognition to better connect vintners and consumers through the bottles.

The idea behind it is to help consumers get better acquainted with the wines on retail shelves and even in their own cellars, and also provide real-time data to wineries about who is buying their products and from where.

The first bottles of their kind were introduced with a pilot program by BottleVin in July 2018 through Napa Valley client Reynold’s Family Winery. BottleVin partnered with Landmark Label/Cellotape to create the NFC labels.

“If you were to just see our wines on a crowded store shelf, you wouldn’t immediately know our story,” Reynolds founder and owner Steve Reynolds said in a prepared statement. “But thanks to BottleVin, with just a tap, the bottle becomes the storyteller - easily making our next customer an expert on Reynolds wines and our brand.

“The depth of product information we can deliver at that moment is far beyond what a label offers.”

Reynolds is now in its second year of bottling with the NFC and QR labels. Windsor, Calif., winery Bricoleur Vineyards also joined the pilot program last year with NFC-enabled bottles.

In recent months, an agreement with Balboa Winery brought the concept to Walla Walla.

“From the winery standpoint, I want the consumer to have all the information they want. Some want to see a simple tasting note,” Balboa founder and Director of Winemaking Tom Glase said.

“For me, there’s lots of different information I’m interested in: where are the wines being sold? If a distributor in Seattle has my wines in a certain shop, is it moving?”

Details about demographics and locations can help him better focus distribution and marketing efforts, Glase said.

“I’m a small company. There’s only three or four of us. I need to know where to concentrate my time,” he said.

BottleVin’s model offers subscriptions to its platform. Its revenue is based on the frequency with which the connectivity technology is used.

It’s a perfect blend of wine and technology, founders say Its success is dependent upon wineries subscribing to the service, and consumers using the free app, available in the Apple Store and Google Play Store, that goes with it.

How far it goes with wineries and consumers depends on getting more on board to use the technology and service.

BottleVin founders Salcedo and Driver came together on the project as wine and food aficionados. Salcedo, a Napa Valley native, marries his knowledge of wine with his Silicon Valley tech roots, while Driver brings more than two decades of food and wine industry experience, including as an award-winning restaurateur of Boise’s Asiago’s Restaurant & Wine Bar.

Driver said the concept came from a brainstorm over how to apply blockchain technology in the wine industry.

The NFC component was the first aspect to launch through the pilot program in July 2018. The idea was to incorporate the bottle with technology that would be unobtrusive and seamless with the label.

“Wineries are focused and concerned about their branding and maintaining those standards. The idea was we could get a chip on the label without it being detected,” Driver said. “Then it was a matter of ‘what can we do now that it’s connected to the cloud’ and all the possibilities from there.”

Among the first: tracking bottles around the world.

“A winemaker could see if a lot of wine is scanned in Seattle or Boise,” Driver said. “From there that obviously yields a bunch of actionable insight on where it might be trending or where he could look at investing time in the marketing and other marketing resources.”

Beyond that is the story that can be told through the bottle. Content is managed in real time through an online portal. Information can include wine profiles, tasting notes, wine facts/technical details, winemaker notes, awards and accolades, vintage and vineyard details, suggested pairings and recipes, videos and images, links to book experiences and upcoming events, in-app notifications, club and wine shipment marketing, and more.

If you think of wine as a story of the land and the grapes to be told as you drink it, then the smart bottle marketing is akin to the back cover, where you learn about what’s inside before you partake.

Two facets appealed to Driver about this.

“One: consumers are always looking for information about the wine. I watch it every day where they stand and look at wines and it’s just a sea of bottles and labels, and they’re not really sure what they’re looking at,” he explained.

“Then also for producers - they’re not able to easily get information together on the customer. It was those two things that really drove us. We saw the power in that and how it solved a problem for the wineries as well as the consumers.”

Applications for the labels moving forward could include the ability to track bottles in the case of a broader issue, such as cork taint.

The technology best serves wineries and consumers when a greater number participate, which is part of the focus moving forward.

“That’s the part that we’re in right now is actually going out and showing the product that we have,” Driver said. “We wanted to make sure it was stable and easy to use, and we have that now.”

Among places where the technology is expected to be available soon is the Metropolitan Grill in Seattle. The restaurant’s house cabernet sauvignon was made by Balboa.

“When you kind of summarize it all it really makes your bottle be the storyteller,” Driver said.