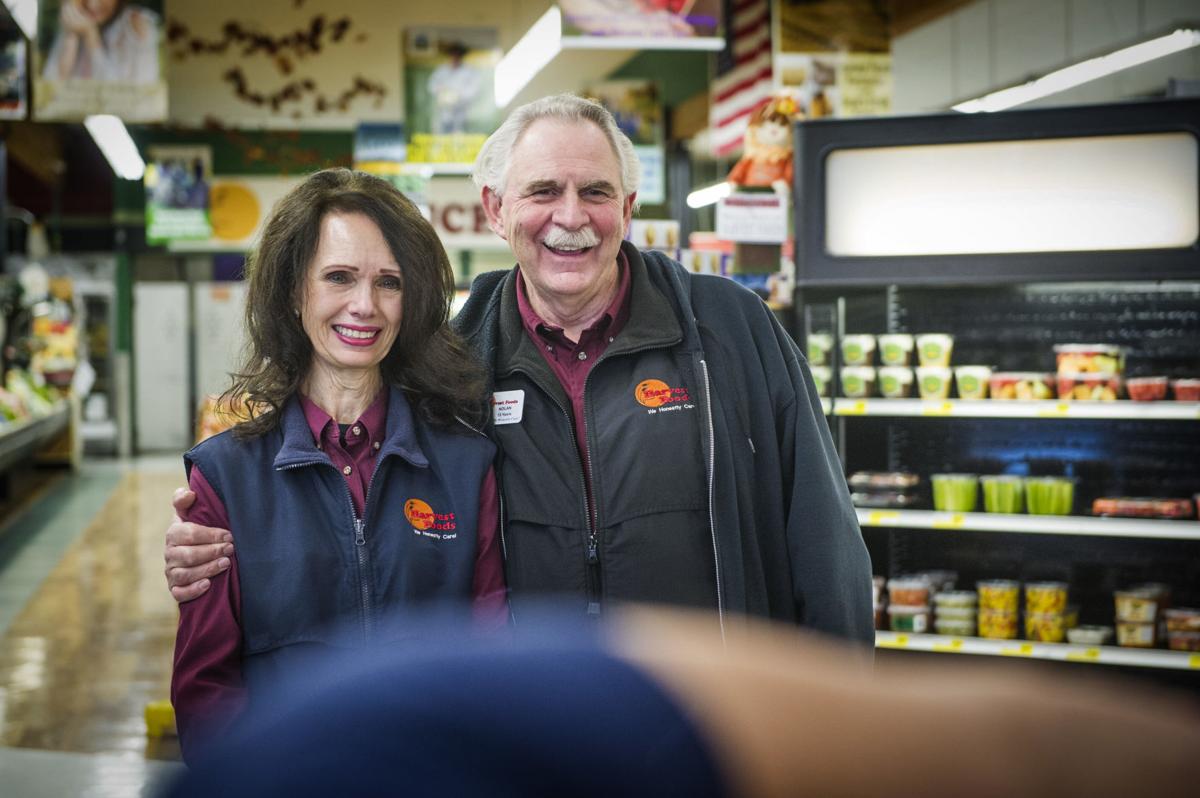 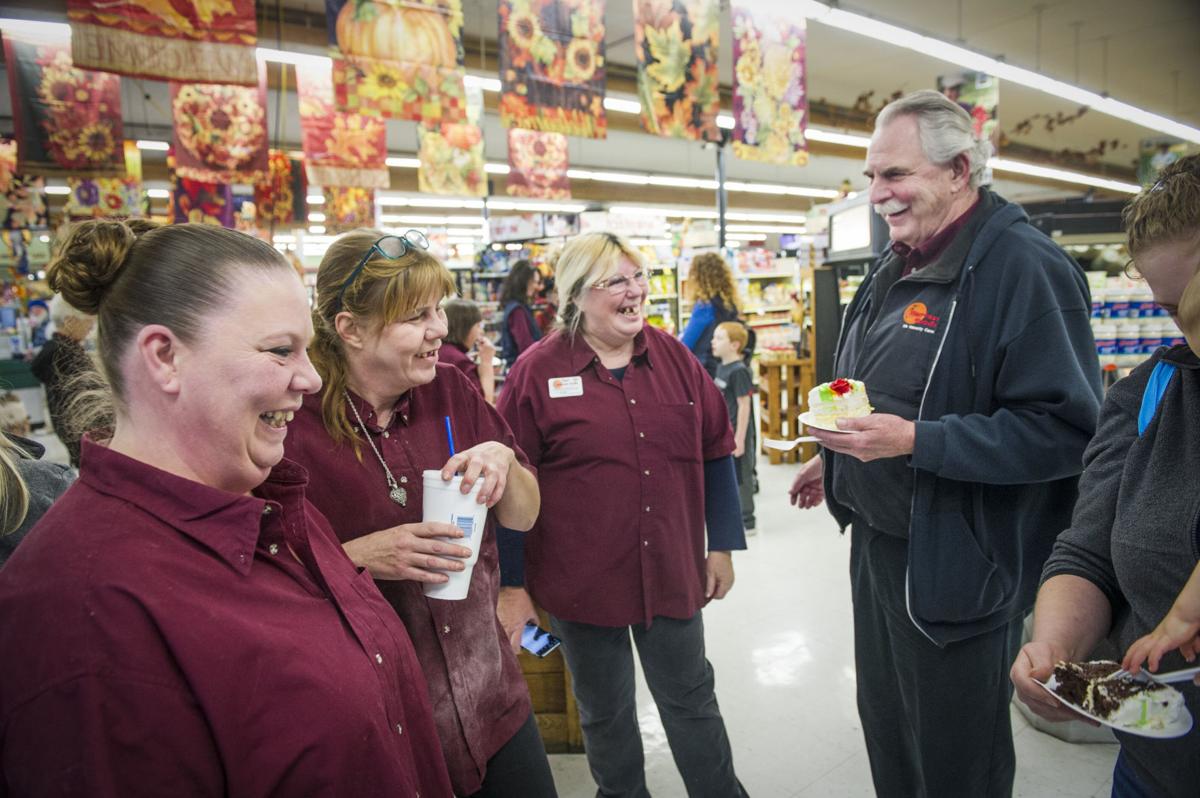 Nolan Lockwood laughs with several of his employees at a retirement party at Harvest Foods on Wednesday afternoon.

Nolan Lockwood laughs with several of his employees at a retirement party at Harvest Foods on Wednesday afternoon.

The grocery industry has connected Nolan and Kathleen Lockwood to some famous faces over the years — from Morris the Cat and Jimmy Dean to Mickey Mantle and President George W. Bush.

But beyond the connections through industry conferences and unusual brushes with celebrities, the everyday people who come through the lines at Walla Walla’s Harvest Foods are part of the everlasting imprint of a career spanning about five decades.

“They share part of their lives with us,” Kathleen Lockwood said during a retirement reception celebrated with customers Wednesday. “You take them with you in your heart. That’s what we’re going to do here.”

As the Lockwoods prepare for retirement, longtime customers celebrated with them their contribution to the community at the helm of an independent grocer.

The cake — made by the store’s bakery team — was set up at the entryway to the Southgate store, bordered by framed photo collages displayed on a standing easel from the many events hosted by the Lockwoods.

Buzz Bellessa, Harvest Foods Marketing CEO, popped out of the crowd to acknowledge “everything they’ve done for Harvest Foods and for Walla Walla.”

The Walla Walla Valley Chamber of Commerce also presented the first award of its kind, the “Heart of the Community Award” for businesses that go above and beyond.

With a hyperlocal focus, the couple brought personal touches to the operation at 905 S. Second Ave. The store used every opportunity for sampling its highly regarded Bakery and Deli creations around holidays and special events.

In-store tastings of Southern fare came around Fat Tuesday. At Halloween, a Headless Horseman would make an appearance in the parking lot with a pouring of Headless Red wine.

Food vendors would set up in the lot for parking lot parties. Tastings of local wine were set up in-store. When Hurricane Sandy hit the East Coast in 2012, the store became a donation site for help.

The focus is what helped distinguish the small business in a community with a lot of grocery competition, Nolan Lockwood said Wednesday.

“We’ve tried to offer a lot of local things in one-stop shop,” he said. “That’s how you find local wines, local produce from farms, wine stain remover and fresh duck eggs all in one place.”

Lockwood got his start in the business as a box boy in Pendleton. In the early 1970s his work for Albertsons brought him and his wife to Walla Walla to work during their first residence here. They later moved on to the Spokane area.

Their return came in 2006, when they purchased what had been Loney’s Harvest Foods at the time.

The Southgate location had operated as a grocery store in one form or another since 1960, when Fleenor’s expanded to there. It later became Loney’s Super Foods, then Loney’s Harvest Foods before Walla Walla’s Harvest Foods with the purchase by the Lockwoods.

The operation had an in-store Post Office and bill pay service that also helped draw customers. Those services have closed in the last year as part of the compression of rising minimum wage and other labor costs.

Deli Manager Debi Weston said the Lockwoods have taken the brand “We Honestly Care” and made it into a quest for staff.

“They were always there for us, no matter what,” an emotional Weston said Wednesday.

She said the two were more like teachers than bosses, showing their employees how to be inventive and “let the juices flow” but with data to help support a plan for it. That’s how the deli ended up featuring fish and chowder from Skippers.

“They’ve always said, ‘If we do what everybody else does, we would just be another grocery store,’” Weston said.

The attention to detail and drive for something different is a lasting lesson she will continue on as the Lockwoods depart.

In a speech to the roughly 30 people attending Wednesday, Nolan Lockwood said the change is a good one.

“There’s new things coming, and that’s good,” he said. “We’re looking forward to retiring and still being in the area and shopping at our old store.”