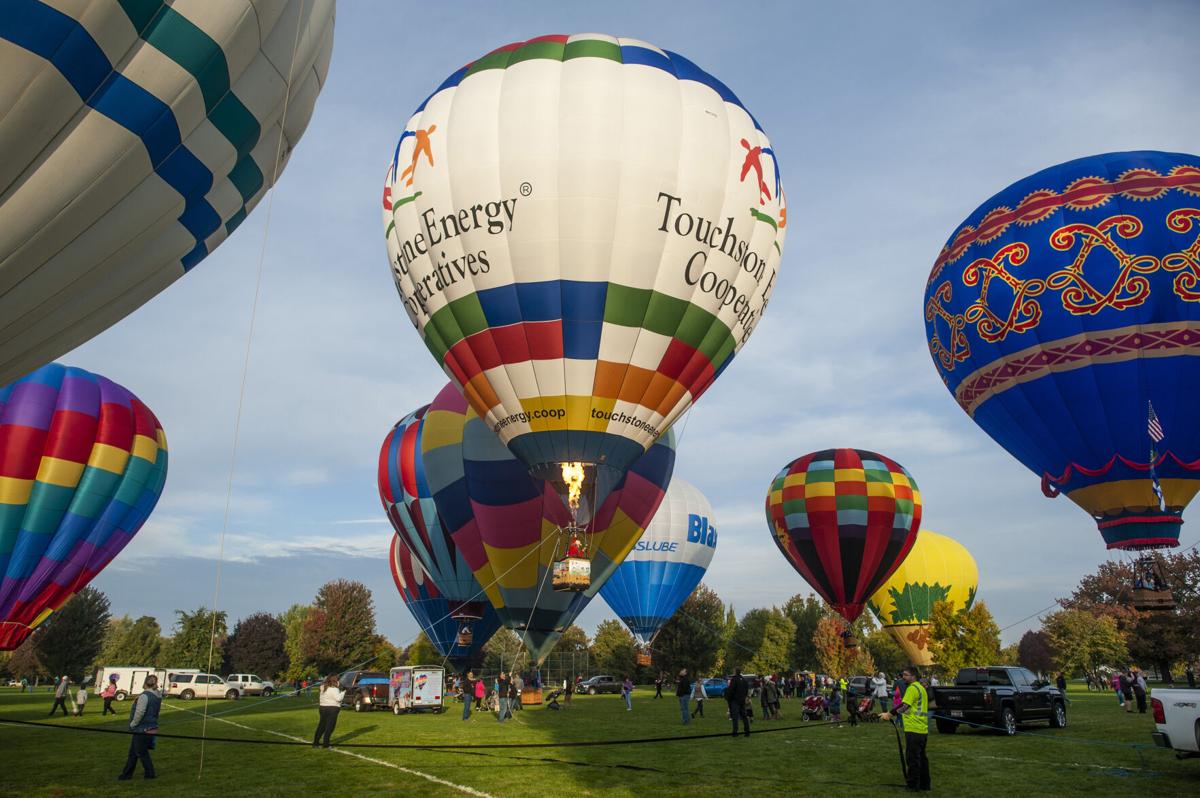 About a dozen balloons inflated in Howard-Tietan Park for short tethered rides on the first day of Balloon Stampede, Oct.16, 2019 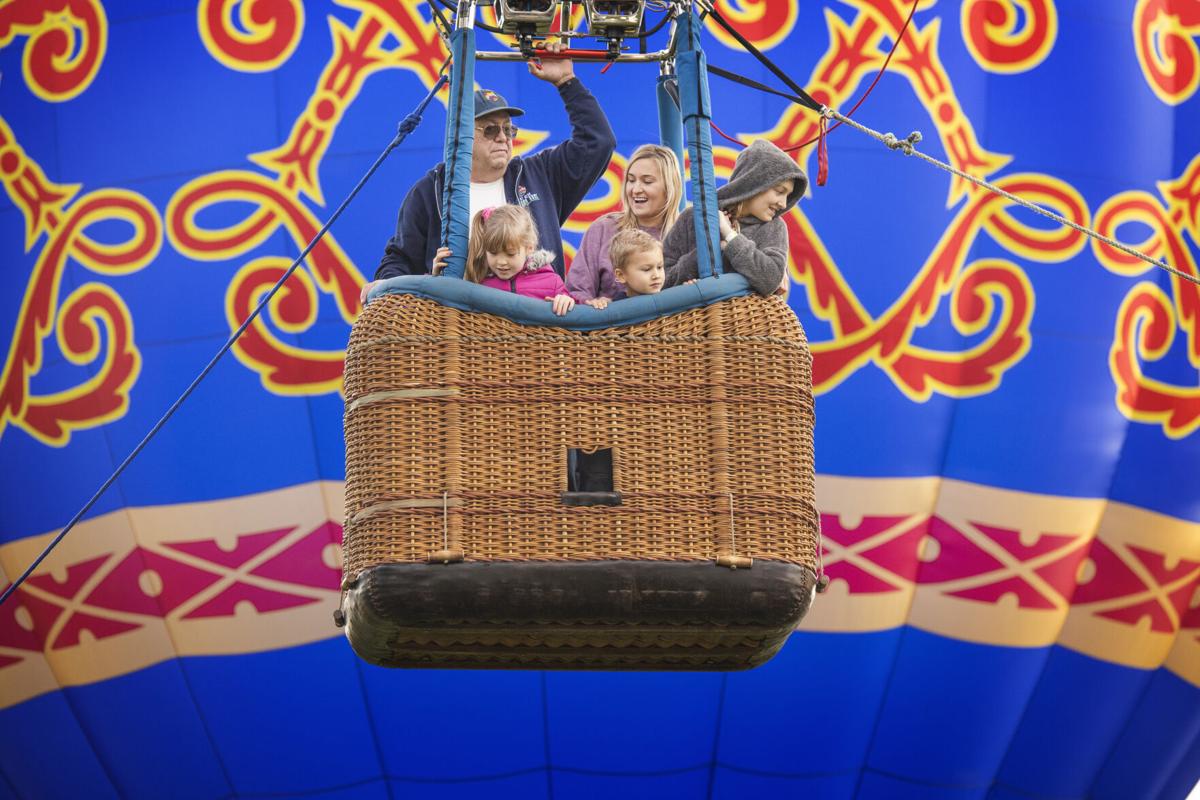 Angela Linden tagged along with Ava Filan, 8, Owen Linden, 6, and Annabelle Filan on a tethered ride in Kearney’s Mistress flown by Kearney Davis on the first day of Balloon Stampede, Oct. 16, 2019.

About a dozen balloons inflated in Howard-Tietan Park for short tethered rides on the first day of Balloon Stampede, Oct.16, 2019

Angela Linden tagged along with Ava Filan, 8, Owen Linden, 6, and Annabelle Filan on a tethered ride in Kearney’s Mistress flown by Kearney Davis on the first day of Balloon Stampede, Oct. 16, 2019.

Hot air balloons are expected to take flight this fall for the 46th annual Walla Walla Balloon Stampede. The tradition was rescheduled then canceled last year due to the COVID-19 pandemic.

Laurie Spencer, producer of the event from Lighter than Air America, said Walla Walla Balloon Stampede is set for October 13-17, and they will be flying out of Howard Tietan Park.

With many event cancellations in 2020 due to the COVID-19 pandemic, Spencer is looking forward to putting balloons in the sky.

Jerry Cummins, a local pilot since 1987, said almost all of the large hot air balloon events had been canceled, and events are starting to be scheduled again. Walla Walla’s will be one of the first he has seen to come back.

“It’s going to be a return to some type of normal. That’s what I would hope that we would see with these balloons in the air for this year, a return to yesteryear,” Cummins said.

“Let’s start going back to tradition.”

He said he is looking forward to seeing friends, acquaintances, fellow pilots, and balloons in the sky again.

Spencer said she expects 30 balloons this year, the same as in previous years.

They will kick off Stampede week with Kid’s Day, Oct. 13, where depending on COVID-19 safety guidelines, every kid who comes down to the park will get a tether ride in a balloon.

Scheduled for Oct. 15 is Nite Glow, where they inflate the balloons after dusk, and then the burners light the insides of the balloon up. They will fly through Oct. 17, she said.

“We feel very comfortable this year that with vaccines available … that we’ll be in really good shape to have the event. Of course, we’ll follow all of the local and state guidelines that are put out, in case there is a need to do that,” Spencer said.

They are still working on who will go up in the balloons since they still have flight obligations from last year that they canceled and need to fulfill.

“The availability at this moment is an unknown, closer to the event, then we will have a better idea of what commitments we have,” Spencer said. “Due to the generosity of our sponsors, particularly Columbia REA, who’s the presenting sponsor, that’s how we can have this community event.”

“We’re excited to be able to come back and put balloons in the sky and give something to people where they can come out as a family and enjoy and have smiles on their faces,” she said.