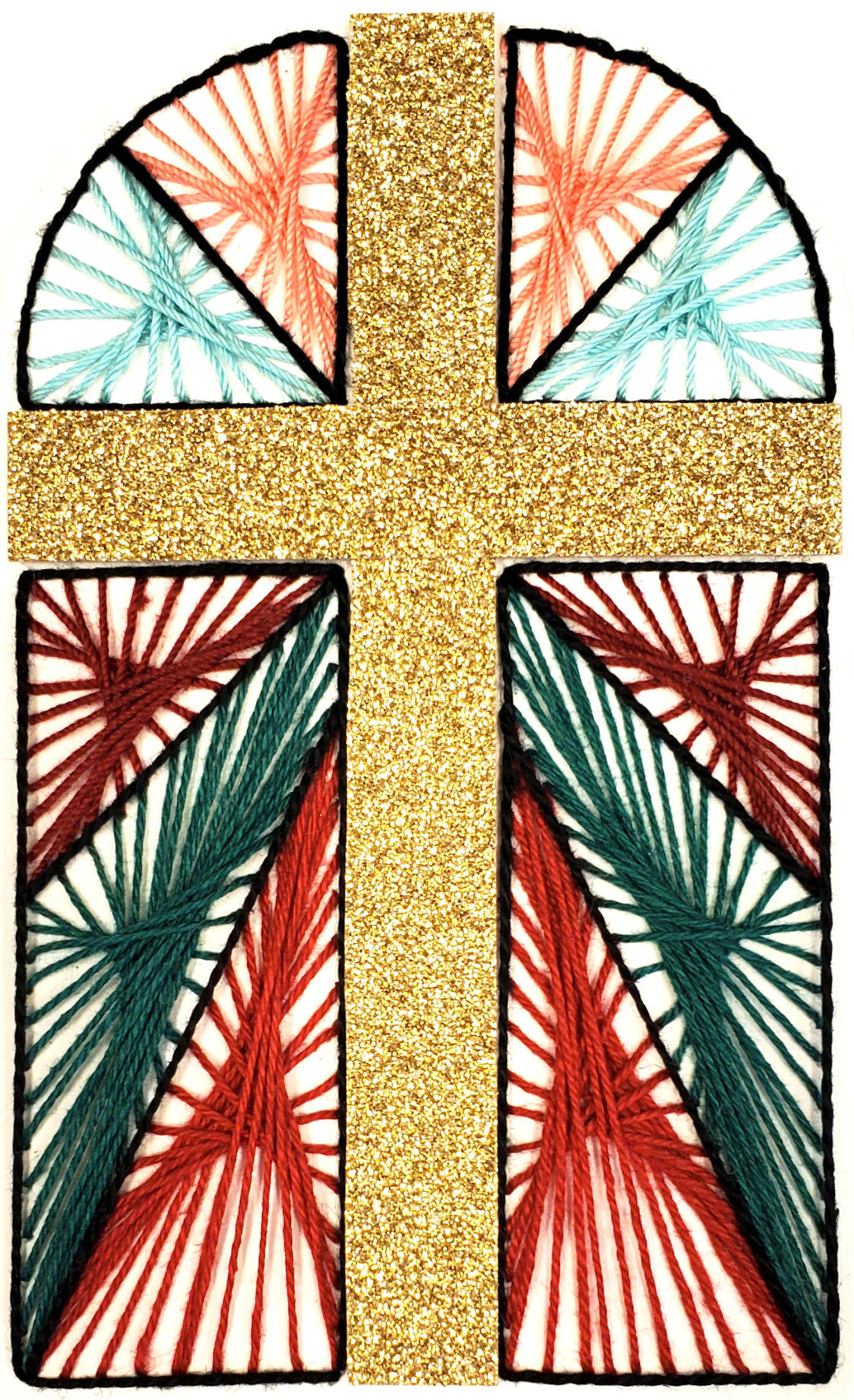 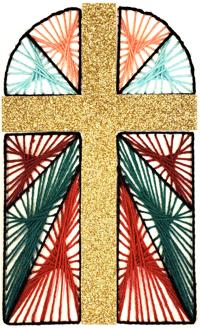 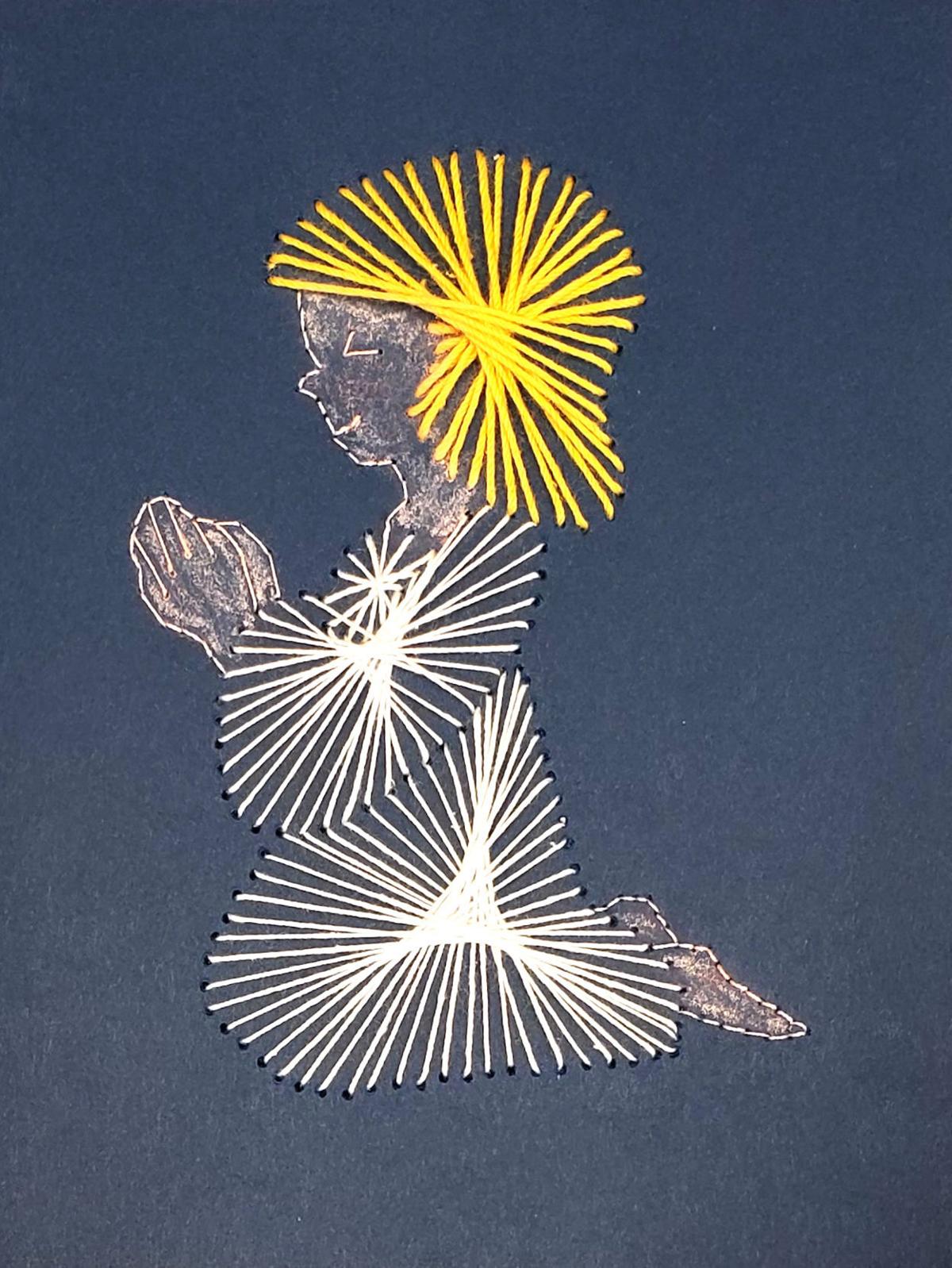 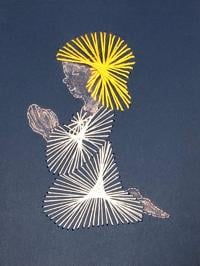 Human beings were given hands, hearts eyes and brains for a reason. We were born to create, innovate, try and fail and try again until we achieve what we’re aiming for.

Dayton artist Lois Hemphill fully understands this process, because it’s what she does all the time. With a focus on making folded greeting cards using combined mediums and different techniques, Hemphill uses not only paper, ink and stamps, but also punch needle and thread to create one of a kind, intricate images on stitched cards.

“Some people call it string art, others call it pricking, pin or thread art, because you create points or holes in the paper first,” Hemphill explains. “You can use a hatpin or something like that; I actually have a utensil that I bought that punches the holes.”

Using a computer software drawing program, Hemphill designs an image for a card. She then punches precisely placed holes in card stock, after which she strings thread, in varying colors and thicknesses, between the points to fill in the design. The result is a textured two-dimensional surface, with a finished image composed of a series of straight lines, geometrically composed. It takes time, a steady hand and a willingness to start all over, if necessary, if the thread and the points get off.

“I like to say that there is no mistake, only an opportunity for embellishment,” Hemphill says, explaining that she and the various people she gets together with through the years from the craft group she started in 2007, decided to accept that human error occurs and it’s part of the creative process.

“When we started looking at it that way, we found that the process of correcting the mistake often resulted in something better than we originally planned.

“We also found that we weren’t so afraid about making mistakes.”

Fear suffocates creativity, and learning how to push past it is a huge benefit to not only artistry, but living in general. Hemphill recalls an occasion, shortly after she was given a bridal shower, when her future husband used creative thought to conquer fear. It was a life lesson that has inspired her through the years:

“We were washing the cookware and dishes that I had received at the shower, and I was very quiet. He asked me what was wrong and I said, ‘Nothing.’

“He knew me well enough to know something was bugging me, so eventually I said, ‘I’m afraid I won’t be able to cook good enough for you,’ (because he was always talking about what good foods his mother would fix). And then I started to cry!”

The next day the couple went to the store where fiancé David invited her to choose the cookbook of her choice and he would pay for it.

“I chose the 1962 edition of Good Housekeeping, which I still have today. Years later, all three of our children wanted me to find the exact same edition for each of them — which I did.”

What she also did was learn to cook, to the point that her prowess is now so well known that she is repeatedly asked to publish a cookbook of her own. But it took pushing past the fear. It’s what makes a good cook, a confident person and an artist who is willing to try out new techniques and master them.

Hemphill works out of her house’s large recreational room, which contains all her crafting supplies. Through the years, she has taught people how to make both stamped and string art cards. She usually works on several projects at a time, and in addition to selling her cards in local venues, she has donated them to the Dayton hospital gift shop. Her next project, in addition to putting together that cookbook, is building a website to showcase her card artwork online.

“My mind is always thinking of things to do, and I don’t have enough hours in the day to do everything,” Hemphill says.

“Fortunately, I only need 6-7 hours of sleep, which helps some.

“My sister has told me more than once that I will still be creating and trying out new craft ideas and recipes up to just before I die.

“It keeps me young at heart!”

Carolyn Henderson is a freelance artist who co-owns Steve Henderson Fine Art and SteveHendersonCollections.com with husband Steve. Contact her at Carolyn@stevehendersonfineart.com.