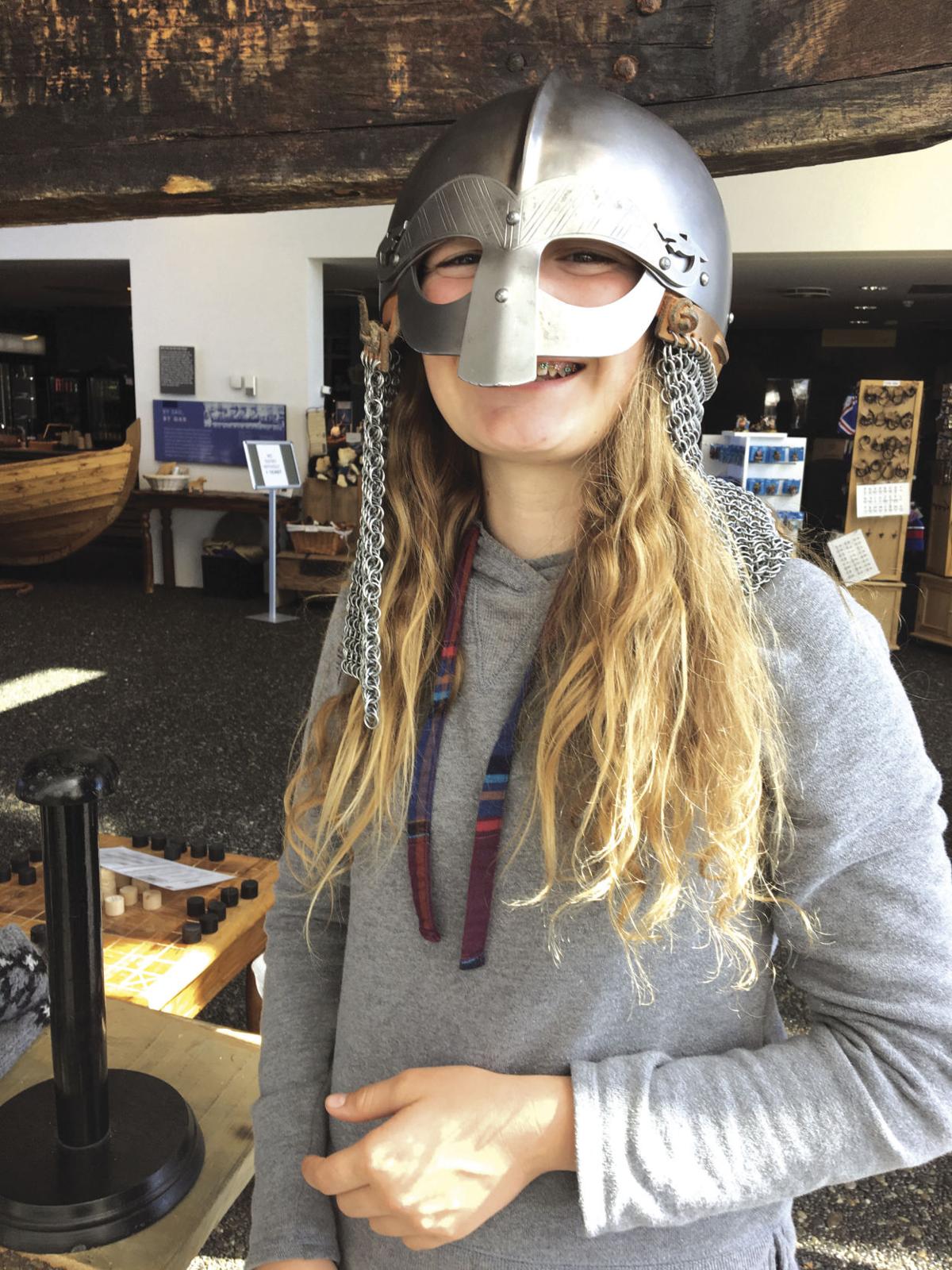 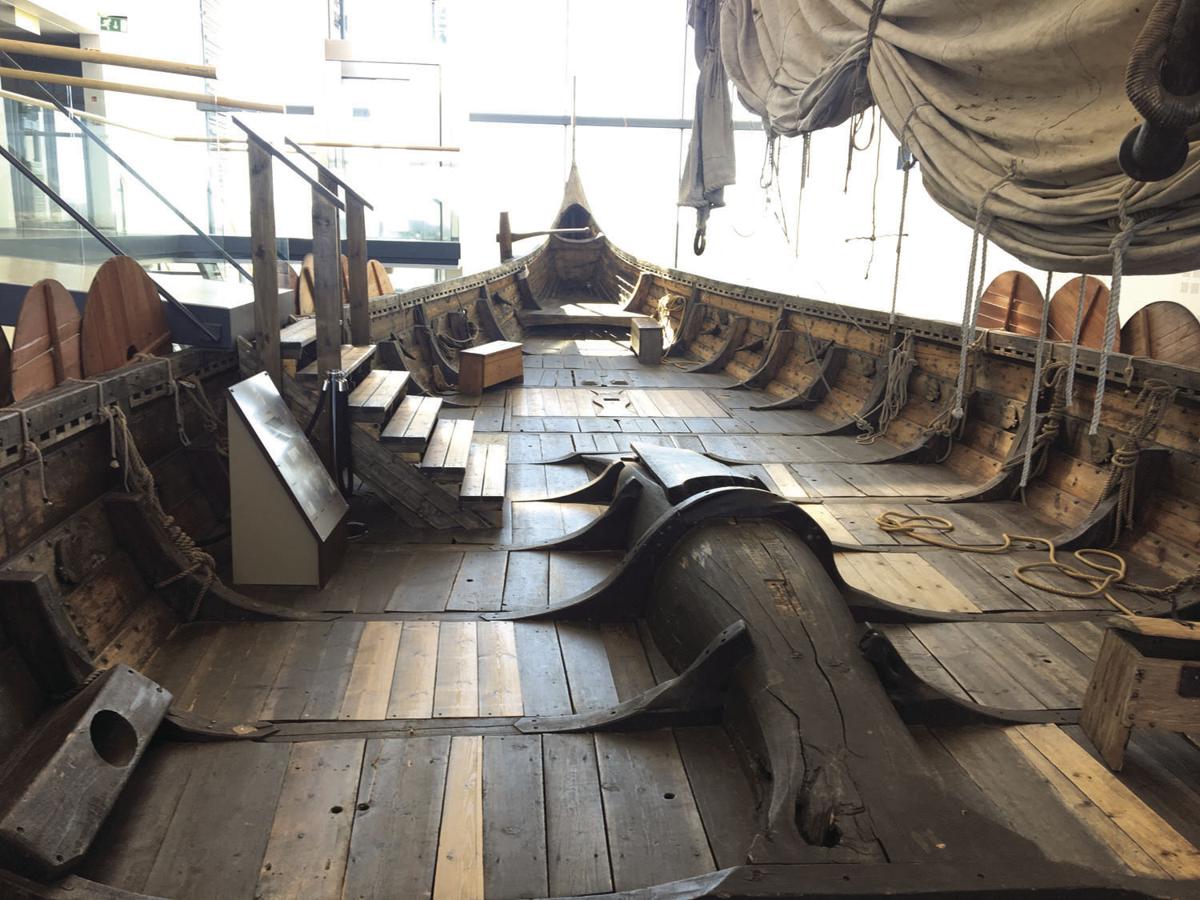 The exact copy of Leif Erikson’s Viking ship. The original made the trip to Vinland in the year 1000. The replica did it in 2000.

The exact copy of Leif Erikson’s Viking ship. The original made the trip to Vinland in the year 1000. The replica did it in 2000.

Do you remember in Winnie-the-Pooh when Christopher Robin and the bear with very little brain floated off in an umbrella to discover the North Pole? Or sailing over the seas of Narnia in “The Voyage of the Dawn Treader”? There are stories that have a life of their own in our memories, steadfastly enduring to link today’s experiences to the mental places where our imagination and feelings have gone before.

A few weeks ago, my wife, Barbara, and I, like two curious bears, set sail to see the marvels of the Far North, home of some of our ancestors, and to show them to Neah, our 14-year-old granddaughter. Resplendent with cascading locks of golden hair that conjure up Rapunzel or a Viking shieldmaiden, a veteran of two years as both a soccer goalie and civic theater actress, she is the very picture of an athletic and articulate young woman preparing to navigate life’s treacherous ice flows.

And yet, she bridges back in time to another experience and emotion, to the verse of poetry I read not long ago at her great-grandmother’s memorial service: “Twilight and evening star, and one clear call for me.” In the eerie half-light of the Scandinavian night on the longest day of the year, we voyagers sense that something life-sustaining now begins again through us.

And never more strongly than in the Viking World Museum on that first morning in Keflavik, Iceland, breakfasting beneath the hull of a long boat. An exact replica of the one Leif Erikson sailed from Greenland to the New World in the year 1000, in 2000 it repeated the exploit. Neah could see that courage is necessary to do something extraordinary, especially since the museum also tells the contrasting tale of another Viking who had accidentally been blown west by a storm to the same place but turned the boat around and immediately, without ever setting foot on the new lands, high-tailed it back to Greenland’s foggy cliffs. Thirty years later Leif took the same ship and made the adventure stick, while the previous captain ended up with a nickname that translates to Barney the Timid.

But though the “vik” (a bay) in the city name of Keflavik is the same one we are familiar with in “Viking,” a more recent and tender achievement is also memorialized in the harbor there. An Icelandic elementary school teacher has created through her writing a gentle and nurturing troll named Giganta. Impressed by children’s love of this new friend, a success which has led the author to write 18 sequels, the town folk have enlarged a seashore cave for Giganta to live in.

As Giganta sits almost 20 feet high in her oversized rocking chair, surrounded by furnishings made from driftwood, her well-wishers at the harbor have consulted her about every detail of her new residence. Included are a Christmas tree decorated with baby pacifiers brought as useful presents by adoring visitors and a troll-sized mailbox where letters can be deposited for reply by email. Iceland is a very wired country, so Giganta’s secretaries have it much better than Santa’s elves used to.

Our Air BnB host is called Skuli, a moniker not so unusual since in Iceland, which has managed to keep its original Norse language pretty unchanged for a millennium since the island was colonized by Norwegian settlers, everyone’s name must be traditional.

Anyone who wants to “do it my way,” as the American song brags, has to apply to a national name commission to have such a questionable impulse evaluated. But Skuli clearly has found other outlets for his creative talents. An enterprising carpenter by trade, he has entirely rebuilt his parents’ and his own house, where he has lived since he was 9. His original paintings dot the guest apartment, too.

Other things are changing as well. His wife works for the Americans in the Duty-Free shop at the airport (which used to be a U.S. air base) and he longs to retire to travel and see Spain, Croatia and other such exotic places and people. Perhaps it’s because some of them have already been able to come to Iceland and so whetted the locals’ curiosity.

On a Saturday afternoon, many of the riders on the city bus were families of refugees, particularly from Syria. One gets the impression that the country’s care for the victims of war is cheerfully accepted by the majority of Icelanders.

Clark Colahan is a retired professor from Whitman College.

This is the first of a five-part series on Clark Colahan’s recent trip to Norway. The first …