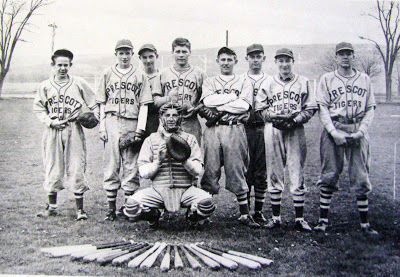 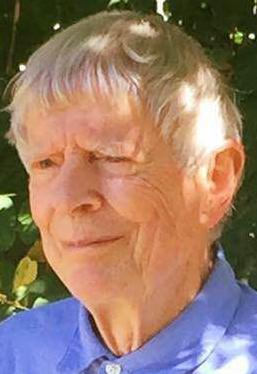 Well, the Seahawks have flamed out, and local pro sports fans must wait for the Mariners’ season opener. We used to fill the winter gap by watching the Sonics on TV, but that basketball franchise absconded to Oklahoma City.

As a kid, I listened to recreated radio broadcasts of Yankee-Red Sox games. The announcer would read telegraphed play-by-play reports and a few seconds later describe the action as if it were happening right then. Sound effects would simulate the crack of a bat hitting a ball, followed by the announcer shouting, “It’s a long drive to left field, going, going, gone!” Joe Dimaggio had hit another home run.

I would bounce a fuzz-less tennis ball against the back wall of our house. If it came back as a grounder, Yankee shortstop Phil Rizzuto would field the ball and throw to first base (to the wall, where it would bounce back to me) as I announced the game to an imaginary radio audience.

While our mother did her Saturday afternoon shopping, my brother Paul and I would watch Whitman College play triple headers (three seven-inning games) at Borleske Stadium. Whitman’s best hitter, the first baseman, had a limp, but that didn’t affect his hitting.

I made our high school baseball team as a sophomore. At Prescott, the only way you could fail to make a sports team was to not turn out.

I wanted to emulate my Whitman idol at first base, but the coach said, “You’ve got soft hands, so I want you to play shortstop. (My years of fielding tennis-ball grounders had paid off.)

During one home game, I fielded a ground ball and threw to first base so high the ball bounced off the school’s brick wall. The next day, our coach said he was switching me and Justin Mayberry, our second baseman. “I think Justin has a little stronger throwing arm.”

A bum rap, I thought. Doesn’t hitting the wall prove I’ve got a strong arm?

In a subsequent game, shortstop Justin scooped up a ground ball, tossed it to me at second base, and I relayed it to Bob Hopwood at first base. A double play!

I heard a spectator behind first base say, “I’ll betcha five bucks they don’t get another one.”

The next inning a batter hit a grounder to my right. I lunged at it, and miraculously the ball stuck in my glove. I flipped it to Justin, who crossed second base and threw to first, beating the runner by 20 feet and costing a better $5. After we trotted to the bench, coach Angie Costello, Whitman grad and former Tacoma Tigers outfielder, asked me, “Why didn’t you just step on second base?” That option hadn’t occurred to me.

During my senior year, I went hitless in our first four games. The day after our fourth game, Sam Grant, our catcher, announced in the crowded locker room, “When I got home from the game yesterday, my little brother asked, ‘Did Martin get a hit?’”

After our season ended, I yearned to try out for the Milton-Freewater American Legion team so I could play at Borleske Stadium, but I knew I would fit the reject category “Good field, no hit.”

Last summer, I confided to my friend Pat that I still fantasized about making the 1950 American Legion team and hitting a single to center field.

He guffawed. “Talk about low expectations!”

I didn’t tell him that, at age 87, I still hoped to play second base for the Mariners.

Summers, I sometimes hover behind the sideline fences at Walla Walla Bears’ baseball games. Invariably, some other old man will sidle up and begin a baseball conversation.

Old ballplayers never die. We just haunt local ballparks and dream of what might have been.

Martin McCaw is a retired Walla Walla Community College sociology teacher. His novel, “The Low Road,” was a finalist in the 2019 International Book Awards. He can be contacted at mccaw@live.com