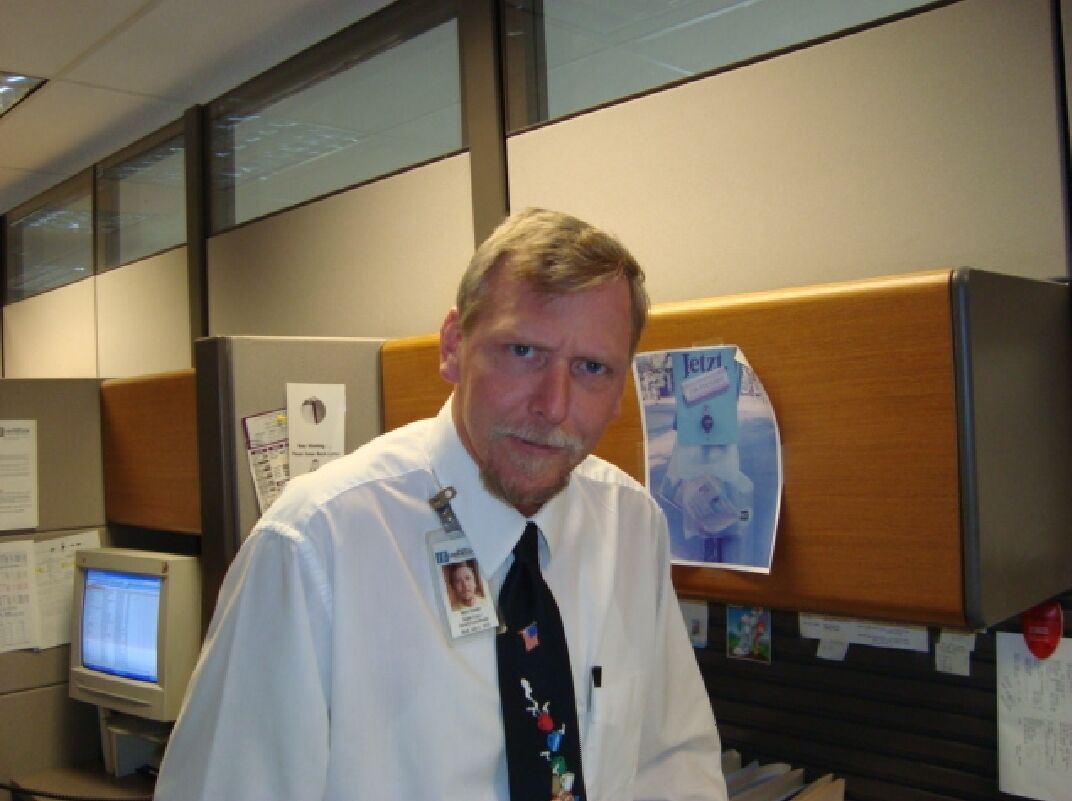 Mitch Roeder’s gifts included pretending to be disgruntled when coworkers snapped a photo. 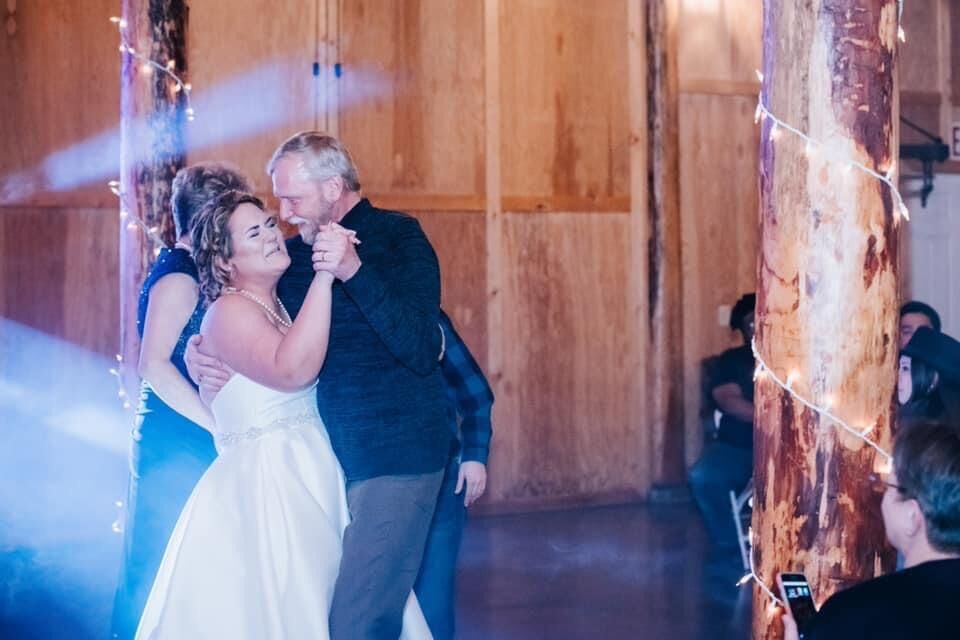 In December Mitch Roeder danced niece Ambrea Heimgartner through her tears around the room at her wedding reception. Family was very important to Mitch, who died of a heart attack on March 17. “I lost my dad in 2014 so I didn’t have a father-daughter dance, I had a mother-daughter dance,” Ambrea said. “And he cut in on the last minute of the song to dance with me ... He’s my godfather, so of course he would do this.” 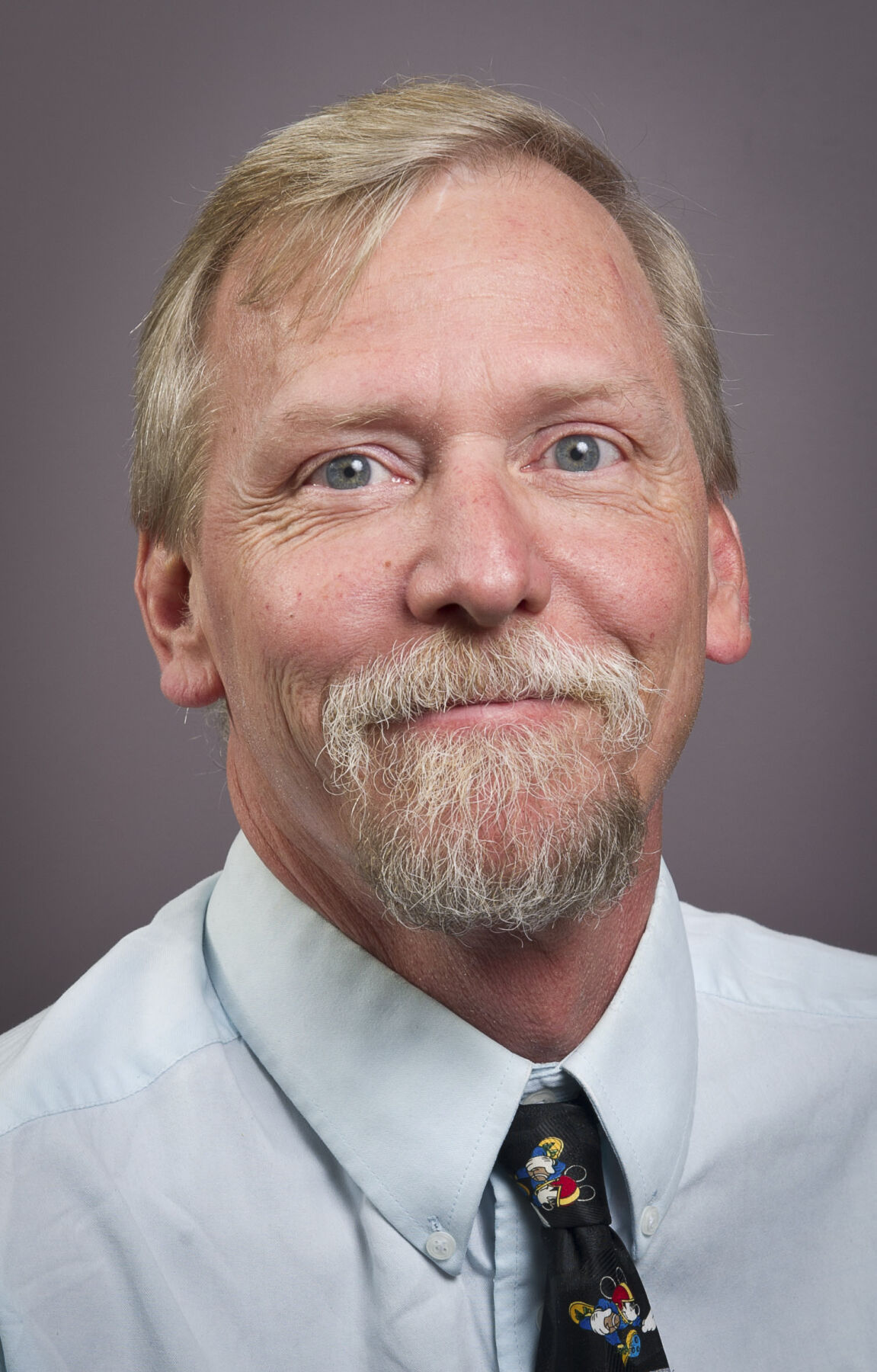 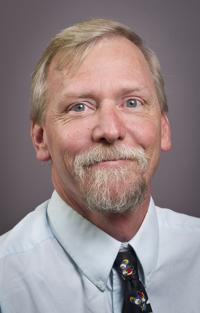 Mitch Roeder’s gifts included pretending to be disgruntled when coworkers snapped a photo.

In December Mitch Roeder danced niece Ambrea Heimgartner through her tears around the room at her wedding reception. Family was very important to Mitch, who died of a heart attack on March 17. “I lost my dad in 2014 so I didn’t have a father-daughter dance, I had a mother-daughter dance,” Ambrea said. “And he cut in on the last minute of the song to dance with me ... He’s my godfather, so of course he would do this.”

Mitchell Alan Roeder has died of a bad heart.

On March 17 the signs of poor health Mitch had been putting out of his mind finally sounded the siren — he went to the hospital and didn’t come home again.

This moment has left an asteroid-sized crater here at the Union-Bulletin and other places on the Walla Walla map. It’s all made worse by this pandemic that won’t allow us to gather and grieve in one space.

At age 58, Mitch didn’t look the part of an unhealthy man. He was lean like a gazelle and looked 10 years younger than the number of candles on his birthday cake. His energy level never flagged, matched only by his capacity for joking with others. Everyone knew Mitch, no matter where they worked in our building. We counted on his teasing to start the day right.

Indeed, in the ways that make people immortal, Mitch Roeder had a really, really good heart.

An employee of the Union-Bulletin since 1981 (not counting the paper routes he threw as a kid), Mitch was a self-made expert. Hannah Wright, who sat just feet from Mitch for the last three years, likened him to a “technical sorcerer” who could get anyone back into their cyber system, clear up every computer glitch and had the patience of a saint in teaching others.

Mitch would be wherever he was needed, no matter what, Hannah said of her beloved friend.

As a circulation manager who strived to get newspapers to customers on time and in good shape, many in the community came to lean on Mitch, said Shawna Davis, who worked with him in the U-B’s circulation department.

“Customers had respect for Mitch, he was their go-to guy,” she said.

Department manager Mike Cibart worked with Mitch for more than two decades and knew his employee could be counted on for his reverence for details.

Who else but Mitch would read the manual for a new software system from first page to last? It was Mitch who learned all the new things so he could be a resource for not only the Walla Walla circulation department, but for our sister newspaper in Yakima, Mike said.

Emails are coming in from customers hearing the news of Mitch’s death and Mike is gaining even more appreciation for the man he worked with.

The Union-Bulletin has more subscribers — the lifeblood of every paper these days — than it would without Mitch in place, that’s also clear, Mike said.

“Mitch did whatever he could to make it easier for readers to stay with us,” he said.

While Mitch had a great intuition for business, Mike thinks that level of customer care came from a deeper place, the innate kindness that won’t be easily replaced, he said.

“There are parts of this department that are broken and I don’t even know what those are yet … We’ll pick up the pieces as fast as we can.”

I heard these sentiments over and over again as I talked to those who knew Mitch. Rick Doyle, an editor here for 32 years, counted on Mitch’s legendary humor to lighten things up.

“A newspaper is a high stress environment, it’s real easy for people to get a little bent out of shape and become hard to get along with … Mitch was so good at releasing the tension. He was always able to find the right word, then everybody laughed and everything was fine again.”

The community will have a tough time filling the hole left by his best friend’s death, Ray Hansen said Wednesday.

Yes, Mitch kept a lot of himself inside, but what he did show to others was worth seeing, Ray said.

There was the leadership he exhibited as early as high school, when he commanded a troop of Jr. ROTC cadets, making sure those under his watch presented as prepared and professional.

Mitch excelled in cross-county track and baseball, along with his beloved bowling.

Ray didn’t go so far as to call his buddy the Roeder family’s golden child, but conceded he and Mitch did get to drink beer and play pool at the Roeders from their early days in high school.

Author’s note: I know Mitch’s parents are also gone and no one is going to get in trouble from the revelation.

Mitch worked as hard then as he would as an adult, Ray said, whether it was in sports or part time jobs. He also cared a great deal about his friends and extended family.

“Mitch, to me, wasn’t a ‘rah-rah’ guy, but he reached out to people who needed it. That was his secret power.”

Solomon Avila will never forget starting in circulation 26 years ago and quickly realizing his new co-worker was also his lifeboat.

Mitch was an encyclopedia of customer care and he was willing to spend the time it took to make sure Solomon got on the same page.

That drive in Mitch never waned. Just weeks ago, Solomon needed help navigating an unfamiliar newspaper rack route in Prescott. Mitch was supposed to be off work, but Solomon was stuck and asked for help.

True to form, Mitch showed up with a detailed map of every U-B rack, in numerical order, from Prescott to Walla Walla.

That’s what Trudy Roeder thinks, too. After working together at the U-B starting in 1981, she and Mitch married in 1988. That first year of marriage was rough, she said with a laugh, but it stuck the landing.

The couple carved out a life that included Mitch’s passion for bowling — his family took the sport seriously and he coached junior bowlers — and Trudy’s commitment to the good works of the Epsilon Sigma Alpha collegiate service organization.

Eventually there were two children, son Jimmy and daughter Andrea. Family was highly important and kids just seemed drawn toward her husband like pins to a magnet, always.

“We were shopping at Best Buy one time and a kid, he was 5 or 6, he came up and took Mitch’s hand and said, ‘I can’t find my dad,’” Trudy recalled.

That connection with young children was just about to pay off big in Mitch’s life.

“Our grandson will be here in June, our first,” she said, her voice catching on a note between excitement and sorrow.

“Mitch was looking forward to it.”

Ray believes his friend will continue to be helpful to others. Not in a Superman kind of way — not Mitch’s style — but by encouraging others to take their health symptoms seriously.

Don’t assume your doctor knows something you don’t, Ray said, and be your own health advocate.

“That’s what Mitch would have wanted,” he said.

Her husband loved to eat his lunch surrounded by nature, Trudy said and a gathering in Mitch’s honor is planned for May 1 at Fort Walla Walla Park.