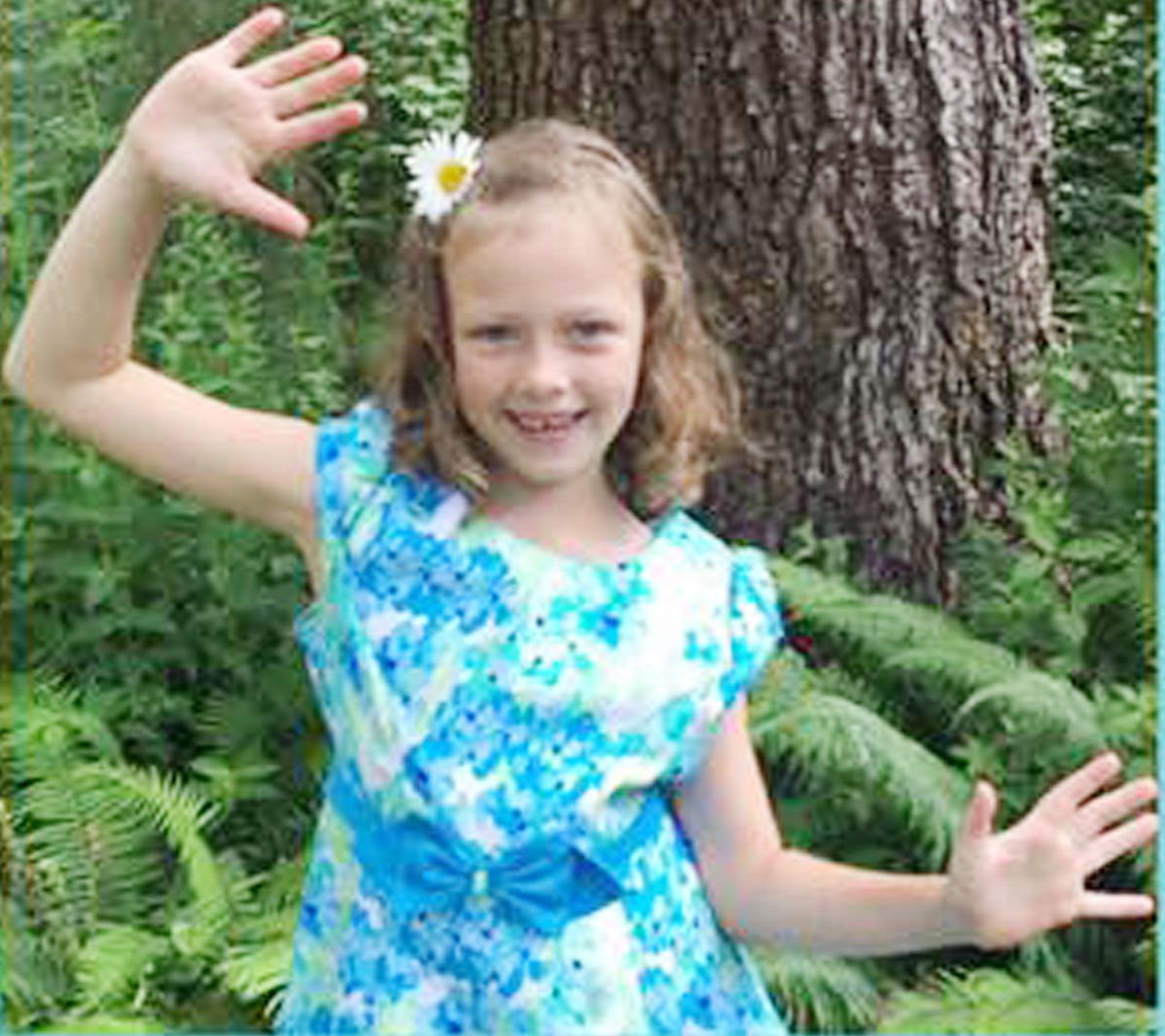 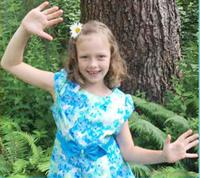 With an infectious giggle and contagious smile Julianna Sayler, 8, poses for a portrait. 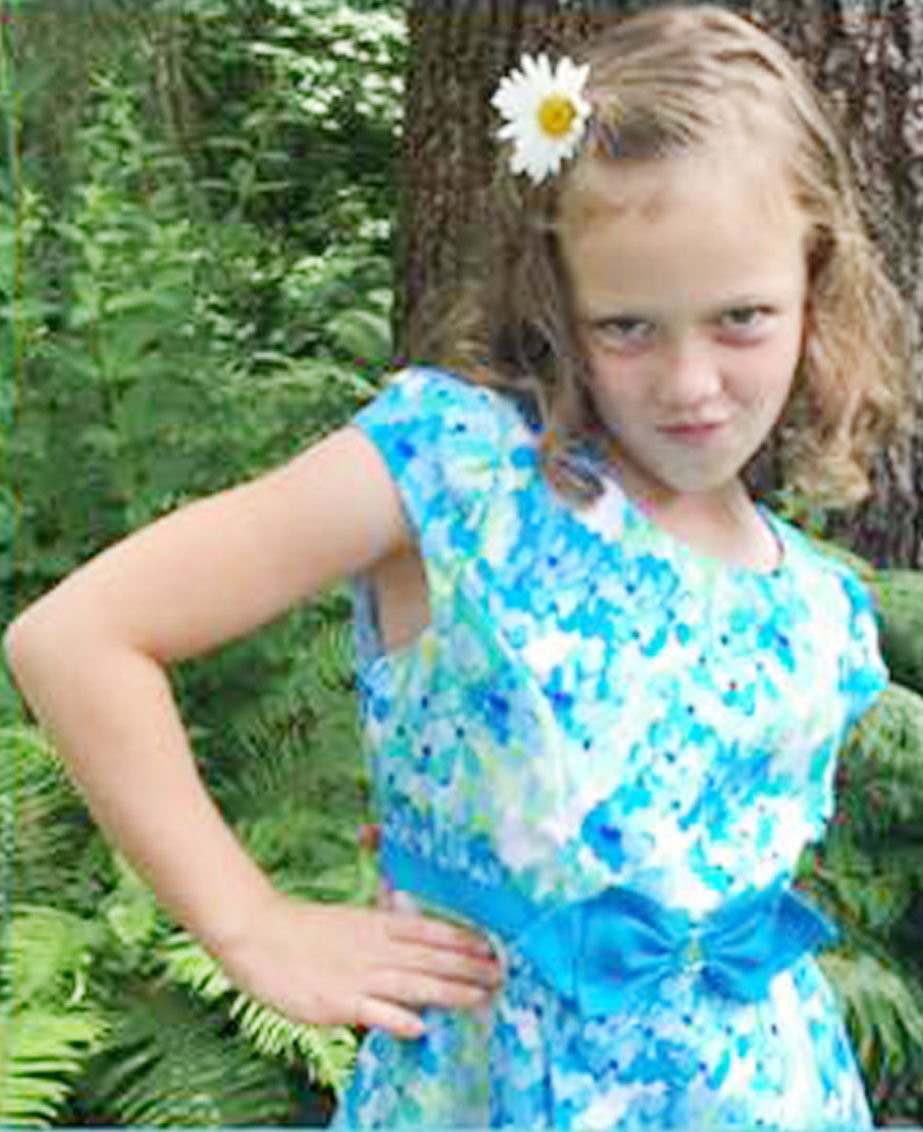 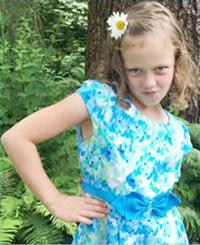 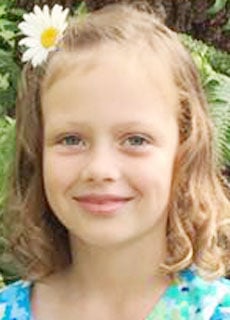 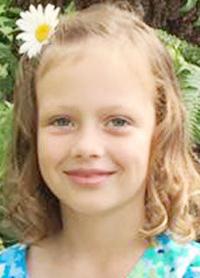 With an infectious giggle and contagious smile Julianna Sayler, 8, poses for a portrait.

Described by her family as caring, confident and happy, Julianna Sayler of Walla Walla focused all her energy on “beating the bump” as she called the diffuse intrinsic pontine glioma tumor in the pons or middle of her brainstem.

Eric and Stacie Sayler’s middle child emanated a fighting spirit from her premature birth at 34 weeks on Oct. 31, 2008. After 14 days in the neonatal intensive care unit, she hit the ground running, so to speak, when she arrived home at 4 pounds.

On Nov. 20, 2016, when the family received Julianna’s earth-shattering diagnosis, they said the world stood still.

The discovery of an aggressive tumor changed her life forever, Julianna said in a video. She added that “God would be with us,” even though she was scared by the news. Her faith was a sustaining force while she stayed in hospitals and seemingly lived in doctors’ offices, including in Walla Walla, Spokane, Seattle, London and during multimodal treatment at Hospital Angeles Valle Oriente in Monterrey, Mexico.

The Saylers and Team Julianna gave it their all supporting her throughout her illness, but she died on Aug. 18.

DIPG typically occurs in children from 5 to 10 years old. The pons controls essential bodily functions such as heartbeat, breathing, swallowing, eye movement/sight and balance. The majority of brain stem tumors occur in the pons and cannot be surgically removed.

The Sayler family, friends and strangers raised funds through myriad events such as Pasta With a Purpose, T-shirt, hat and wristband sales, hair cuts and silent auctions for the catastrophic costs associated with treating pediatric brain cancer. In London, her treatments ran to $17,000 every three weeks, which didn’t cover the upward of $100,000 for airfare, food and lodging.

The family sought medical expertise and help in England in their quest to give her a fighting chance at life.

They most recently went to Mexico where children receiving treatment are showing the most promise and living longer than most with inter-arterial treatments and immunotherapy, according to The Washington Post.

Writing from Monterrey, her parents posted at

juliannasjourney.com, “This is the second foreign country we have had to travel to find a treatment for the most difficult pediatric brain cancer, DIPG. Most Americans think that by living in the United States we would have access to the most advanced cancer treatments. Unfortunately this is not always true. Our health care system has too much red tape and not enough funding. Trials take years to set up and begin and DIPG barely gives families 6-9 months. This is not a system in favor of a timely cure.”

Aggressive DIPG annually affects about 250-300 children in North America. It as yet does not have a cure, treatment has not improved in the last 50 years and not one patient has survived.

Julianna’s aunt, Stephanie Compston, said, “It’s hard to wrap your mind around that. Here in America medical treatments are very tested. Very regimented. For DIPG there is no normal. There is no time to go through those steps. Families have to make tough decisions about treatments. Participating in these cutting-edge opportunities gives them a chance.

“Because we didn’t see much response in London we started seeking any other options. The response from the kids getting treatments in Monterrey, Mexico, is very promising. We were very blessed to be accepted.”

Stephanie said changing plans and paths at a moment’s notice is something pretty common when dealing with DIPG.

“You never know what the next moment will be and need to be able to respond. Very scary.”

Stephanie said on Aug. 4 that treatment cost $17,000 every 17-21 days to cover the hospital, MRIs, intra-arterial chemotherapy and other medication and treatment costs. Immunotherapy came to about $32,000 for each of four treatments for which she was being considered.

“We live from month to month. Thankful for God’s blessing and the generosity of Team Julianna. The treatment funds we have raised up to this point have been used for the unexpected costs of her care and PICU stay,” Stephanie emailed.

“For one of her treatments, she was only like the 16th person in the world to do that,” Stephanie said.

A particular challenge for the Saylers was handing their child over for brain surgery and enduring the results of the physically punishing treatment.

However, Stacie wrote she cherished snuggling with her daughter each evening when they talked over their day. At those times their precious child shared what she dubbed were “wise sayings.”

“One particular time she asked me to record her so I could share her wise saying with her ‘praying family.’ She told me when she would experience something horrible like extreme vertigo/vomiting that she would tell herself over and over, ‘Life won’t pause on something scary!’ That life would not pause there forever but eventually it would get better.”

Stacie added, “Life will not pause in this time of pain and suffering. Jesus promised He was going to prepare a place for us and would come back to take us home with Him.”

Known for her contagious smile and infectious giggle, Julianna, 8, enjoyed playing with her brother Joshua, sister Jillian and animals on their small farm and participating in 4-H club, soccer and gymnastics.

She leaves behind to cherish her memory her family, friends and the nurses and doctors whom she befriended during her care.

A life celebration for Julianna will be at 5 p.m. Sept. 4 at Walla Walla University Church i…