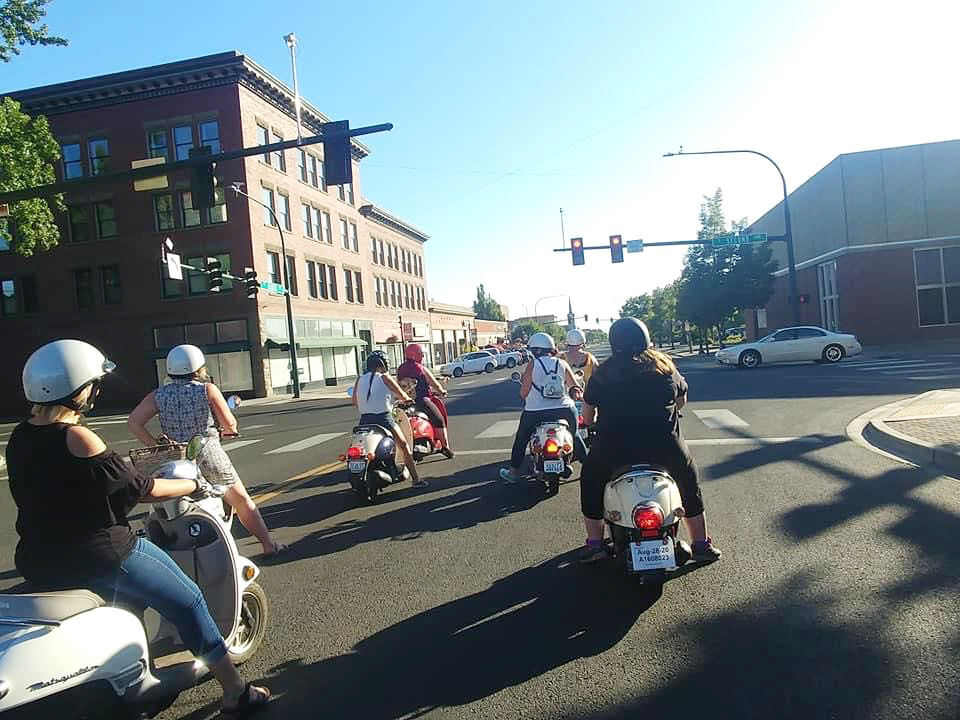 Scooter Squad members from left, Jessica Botts on the Red scooter, Andrea Lowe on the blue scooter and Sarah McBride on the black scooter. 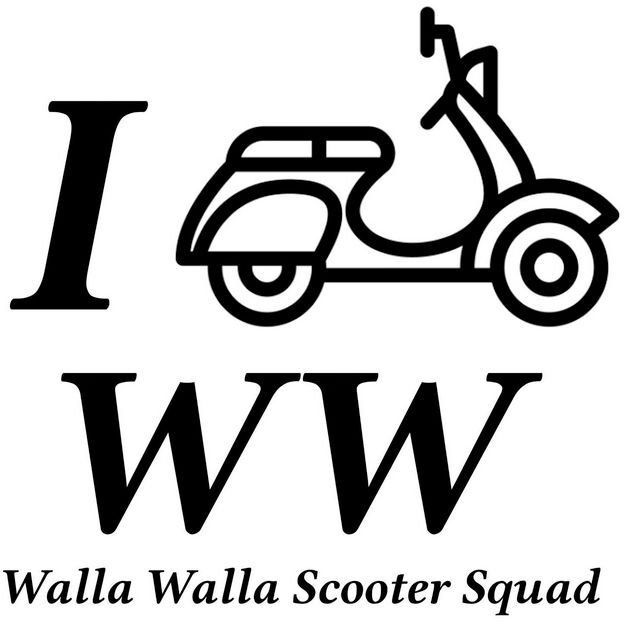 Scooter Squad members from left, Jessica Botts on the Red scooter, Andrea Lowe on the blue scooter and Sarah McBride on the black scooter.

What do Aprilia, Yamaha AeroX R, Peugeot Kisbee, Vespa Primavera 50 and Lexmoto Echo 50 have in common?

The two- (or three-) wheeled sports mopeds can hit 30 mph at the zippy end and their owners are quite active in this community.

Seven years ago, Walla Walla native Andrea Lowe got her first scooter — an off-brand from China —and was hooked.

“I had no idea I would enjoy riding as much as I do,” she said. About four years ago she updated with a snazzy, bright pearl blue 50cc Honda Metropolitan Scooter.

Sarah McBride, Andrea’s business partner in Connection Photography, got the bug next. It became evident as more friends showed interest and got scooters that a group was needed so the pair started Walla Walla Scooter Squad.

It’s grown to about 20 participants whose outings take them through neighborhoods in varying numbers. Most have mopeds of 49-50 ccs, and a couple drive more of a motorcyle-style scooter.

Andrea and Sarah have known one another for at least 10 years and started their business nine years ago. They take images of families and children, Andrea said, and do outdoor shoots and by appointment in their studio with children.

Squad members, who range from 25-50 years old, may be out motoring about for up to 1½ hours and are active in nicer months. They dress up on occasion, such as a clown costume Andrea sports, just for fun.

“We just ride around neighborhoods waving. When driving down the road with four to seven of you, waving to people, they like it. Kids love it, too,” Andrea said.

Group expansion is a possibility, because as Andrea said, “There are a lot more scooters around then are in our group.”

She said those interested in acquiring a moped can seek out the Squad on Facebook at ubne.ws/3gf4Vcq, whether a scooter owner or not, and pose questions.

They post upcoming rides and events there. A used moped can be bought cheap for $500-$800, Andrea said.

Mopeds can cruise on public roads, except for limited-access freeways, but aren’t allowed on bike paths or recreational trails. Check the Washington Department of Licensing for details on endorsements for scooters and mopeds.

The Facebook page is also the place to message members and see if they can arrange a ride-by for birthdays and special events.

“We’re more than happy to drive by and honk-honk” if the schedule allows, Andrea said.