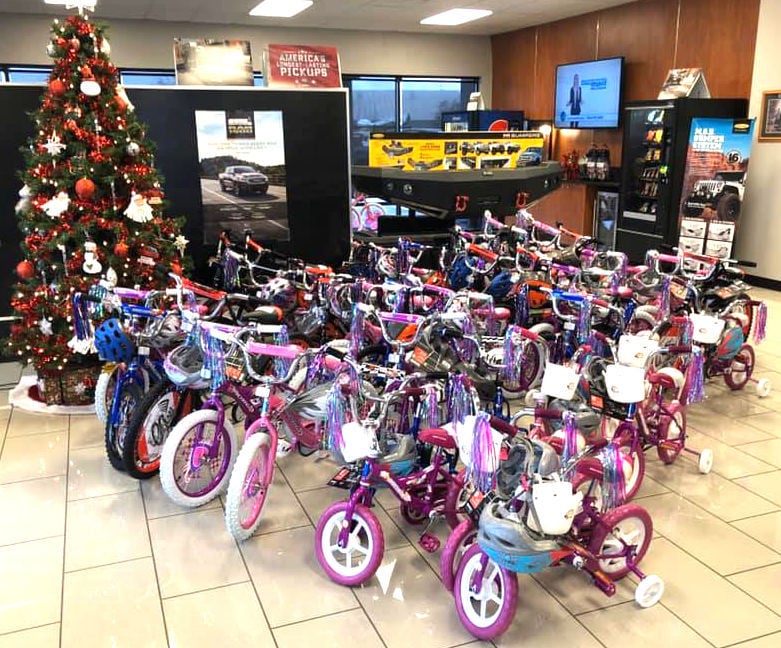 Chrysler Dodge Jeep Ram of Walla Walla’s drive brought in 130 bicycles for distribution to youngsters through The Salvation Army in December. 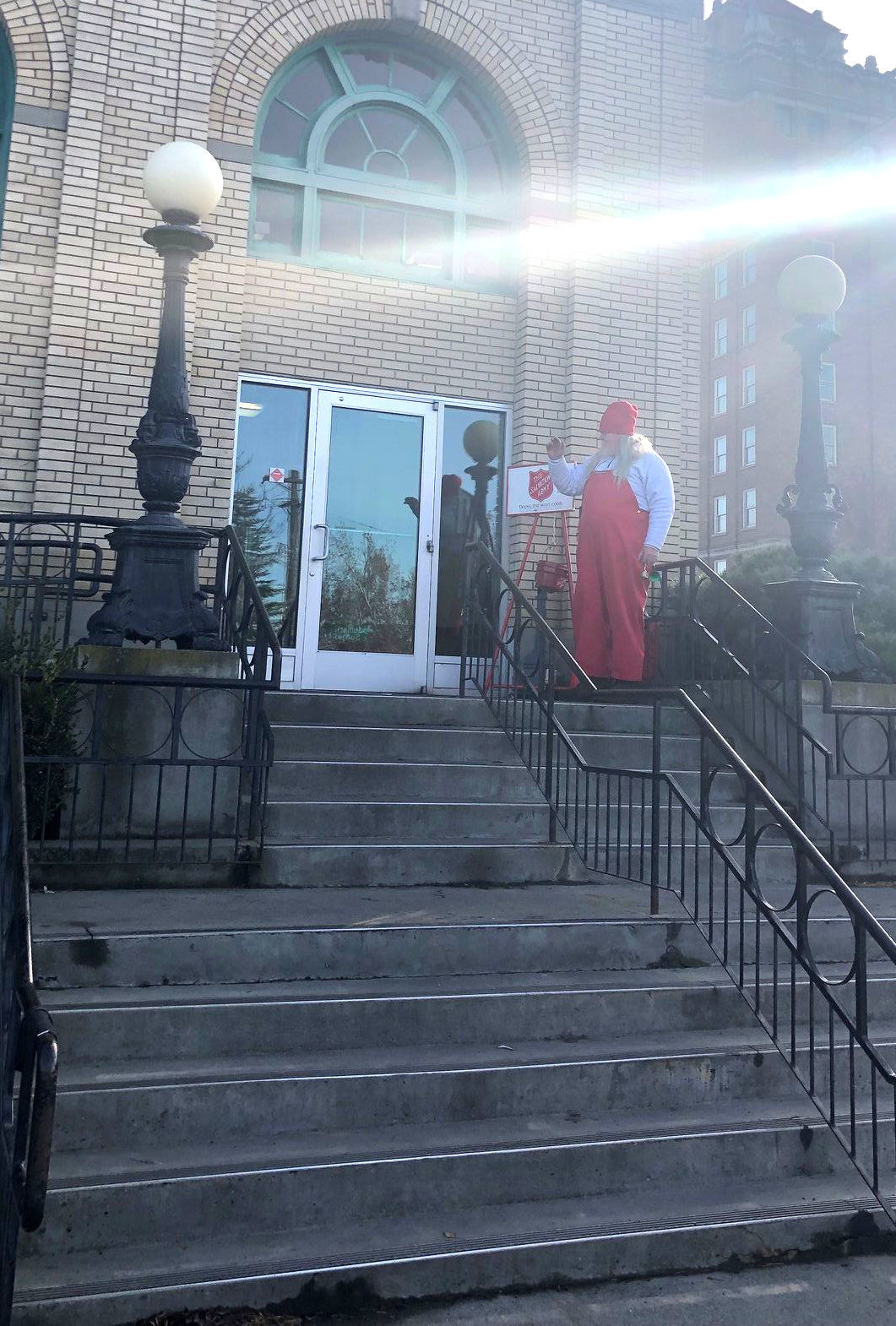 Chrysler Dodge Jeep Ram of Walla Walla’s drive brought in 130 bicycles for distribution to youngsters through The Salvation Army in December.

The Salvation Army each Christmas season puts out its iconic bright-red kettles for donations that benefit those in need.

The tradition dates back to 1891 when Salvation Army Capt. Joseph McFee despaired of those going hungry in San Francisco and wished to provide a free Christmas dinner for 1,000 of the destitute and poverty-stricken there.

While a sailor in Liverpool, England, he recalled a large iron kettle at Stage Landing where boats came in and passers-by dropped coins in Simpson’s Pot to help the needy.

He placed a similar container at the Oakland Ferry Landing at the foot of Market Street with a sign stating, “Keep the Pot Boiling,” and soon had the funds to feed his holiday dinner guests.

Under the guidance of Capts. Demetrio and Magda Villarreal The Salvation Army Walla Walla has carried on the kettle tradition in this the international campaign’s 129th year and had an average of 10 volunteers per day attending to pots at Walmart, Plaza Safeway, Andy’s Market, Super 1, Albertsons, Bi-Mart, the Post Office, Safeway Rose, Harvest Foods and Grocery Outlet.

“We were very blessed and grateful for all the contributions and very surprised at the results,” Monica said. They received higher donations than last year and all the funds stay local. They served more than 900 people at Christmas.

Toys for kids at Christmas, food for the hungry and countless other social services programs come out of the proceeds including utilities, water and rent assistance in the community, she said.

Salvationarmyusa.org notes that 83 cents of every dollar donated during this time is used to support the organization’s many missions throughout the world. And red kettles in all those locations help bring in the funds.

The car dealership and Columbia REA teamed with The Salvation Army for the third annual drive to collect new unwrapped toys to give local children ages 11 and younger.

Between members, employees and the public, they filled a couple of pickup trucks with playthings, said Doug Case, Columbia REA marketing and member services manager.

A Walla Walla student is in the 18 percent of Dixie State University students who earned fall semester recognition for academic achievement.

Emma Sweet is among 1,978 students awarded inclusion on the dean’s list at the institution in St. George, Utah.

She earned a grade-point average of between 3.5 to 3.89 and completed a minimum of 15 credits.