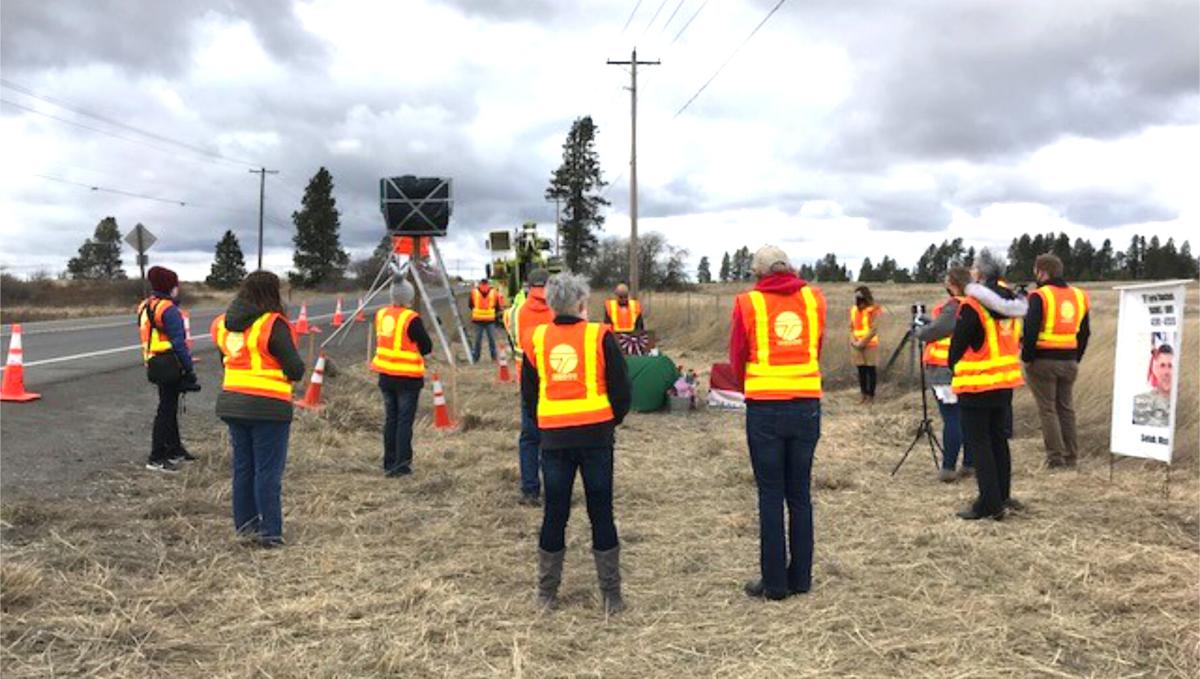 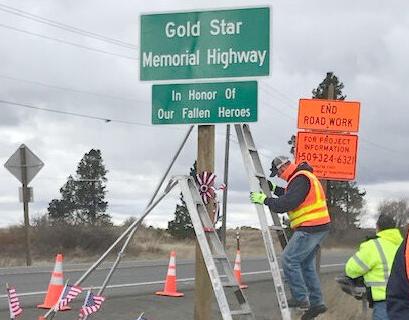 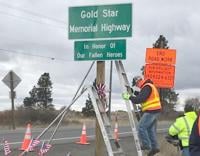 In a 3-minute video ceremony produced by the Washington State Department of Transportation, state Route 902 was renamed the Gold Star Memorial Highway.

A small group gathered beside the highway on March 19 to unveil a larger sign reading, “Gold Star Memorial Highway.” Beneath that, a slightly smaller sign reads, “In Honor of Our Fallen Heroes.”

Third District Rep. Marcus Riccelli sponsored the name change in a bill to the Legislature in early 2020 and presented it to the transportation commission, where it was unanimously approved on Sept. 16, 2020.

"This is the last bit of road our fallen heroes will take and and we want to show those families that we stand by them in their sacrifice and service,” Riccelli said during the dedication.

"We at DOT are honored to be a part of this, this simple act of recognition where we can all pay tribute to the fallen heroes and those who must live with that," said Mike Gribner, WSDOT Eastern Region regional administrator.

Video voiceovers continued commentary and music as those attending placed small, handheld, American flags on sticks into the ground around a sign post along with a large wreath of red, white and blue flowers, ribbons and bows.

“This is the ultimate sacrifice, and to see these other parents here and just embracing them and supporting them is amazing," said Shannon Ayres, a Gold Star family member who stood beside one of several large banners bearing an image of a military member who died.

“I think it gives a little bit more gratification to those people that have served and, you know, a daily remembrance that they are honored and respected and remembered," Ayres said. She was next to the image of Sgt. Jerrod S. Campbell of Colfax, Washington, U.S. Marine Corps, born April 15, 1986, died Sept. 30, 2015.

“And the thing about this road is it's linked to the cemetery. And I’ll always know that people are thinking about our fallen,” said Gold Star family member Don Blanchard. He spoke beside a banner of his son, Capt. Aaron Blanchard, Marines/Army, born April 2, 1981, died April 23, 2013.

While members of honor guard motorcycle groups slowly cruised past the group on the highway, Richard Hemming, a veteran and Gold Star Family member, capped the gathering by reciting “The Raggedy Old Flag.”

Gold stars first appeared during World War I, when families put a blue star on a banner in the window to signify they had a loved one serving in the armed forces. As they suffered casualties, the blue stars were changed out for gold stars, said Washington State Veterans Cemetery Director Rudy Lopez.

The video, posted March 23, 2021, on YouTube, is viewable at  ubne.ws/goldstarceremony.