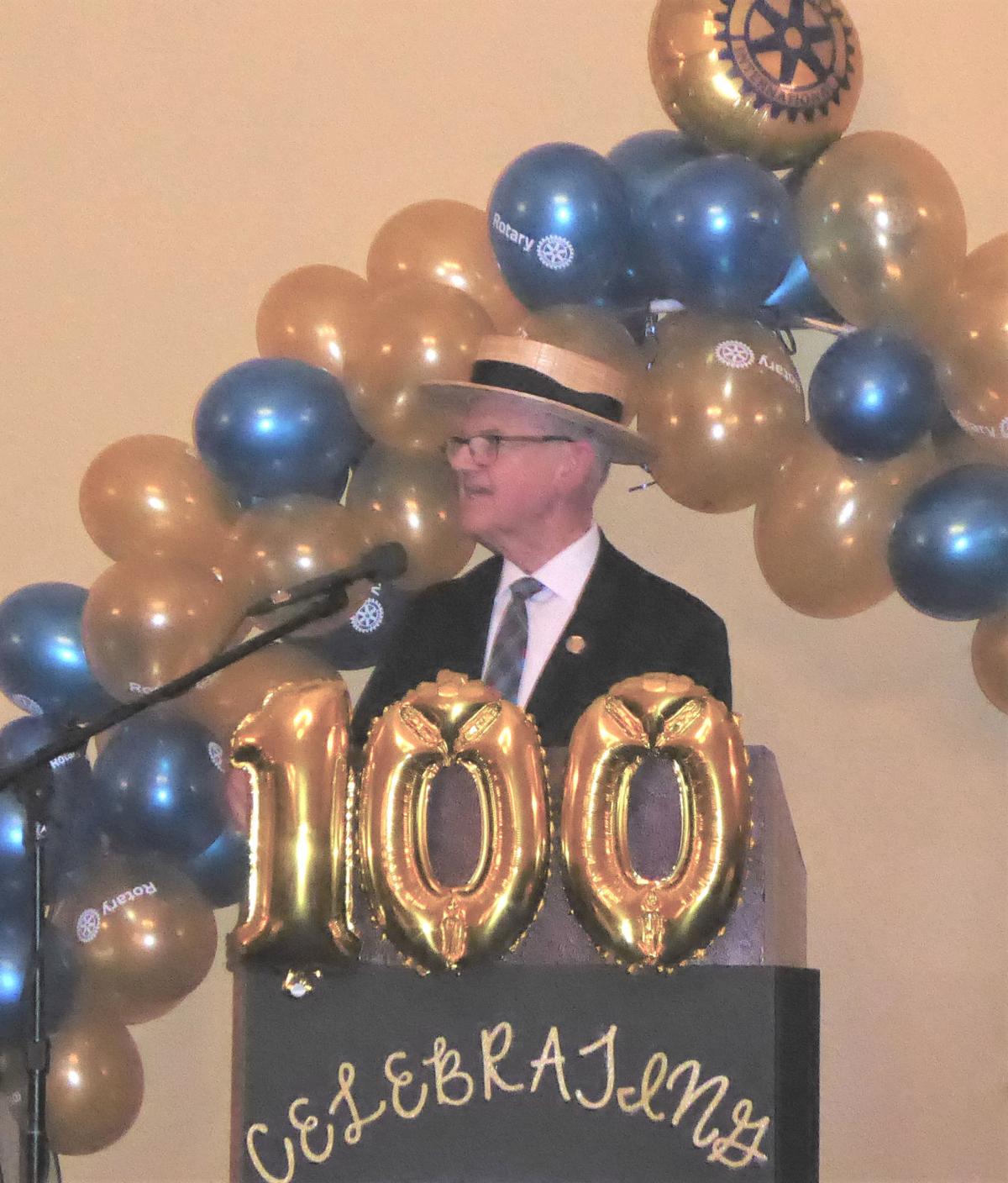 Doug Bayne, past Rotary president, with club fundraiser Italian hat from the 1940s. 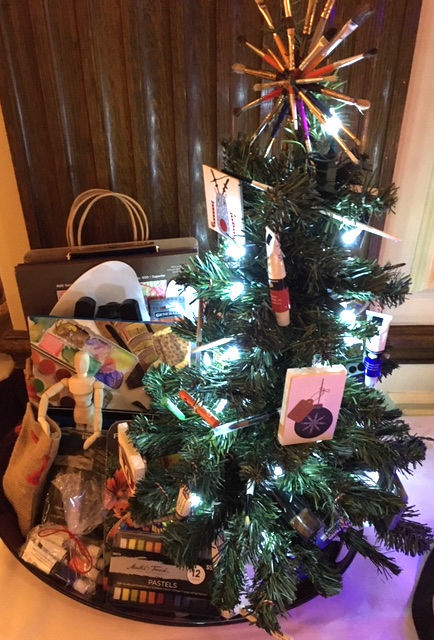 Doug Bayne, past Rotary president, with club fundraiser Italian hat from the 1940s.

Looking back over 100 years in Walla Walla, Noon Rotary Club members celebrated their platinum jubilee with a party on Dec. 5 at The Marcus Whitman Hotel & Conference Center.

Members of the local Rotaract and Interact clubs joined the celebrants two members of the Rotary Club of Sasayama, Japan, were live streamed. Sasayama is a sister city to Walla Walla and a sister Rotary club.

The event gave past club presidents the opportunity to share reflections about their tenure. Bob McCoy, president from 2001-02, ruminated over the time when he was contacted by staffers for Speaker of the House in Washington, D.C., Tom Foley of Spokane, who wanted to address Rotarians here. Bob was busy contending with the U.S. Secret Service, which provides security for the speaker.

Doug Bayne joined Rotary because his father was club president in 1952-53. Doug was president from 1996-97. He noted the club has had positive change and never stops going forward with service.

A few notable fundraisers were mentioned including the Italian straw hat sale in the 1940s. An existing hat in its original box was brought to the event.

Pam Cress, president from 2017-2018, told how joining Rotary had widened her circle of friends and opened additional ways she could serve the community.

“What makes the club stand and thrive after 100 years is that one individual can make a difference — it is the belief in people. There is a family within Rotary that comes together in fellowship and to take action to improve the world,” noted Todd Brandenburg, president from 2018-19.

Several of the club’s service projects in the community and the world were highlighted, reported member Maryann Cole. Projects with great visibility in the community include new playground equipment for city parks; a splash pad, picnic shelter and trees planted in public spaces. Other contributions include the support of many other nonprofit organizations serving humanitarian needs here. The club also supports international disaster relief through ShelterBox and the Rotary campaign ending polio.

Club secretary Becky Roberts surprised active member and past club president from 1988-89 Steve Stevens with a special recognition. Steve was honored for achieving 50 years in Rotary and being an exemplary member with perfect attendance. He received an award noting his devotion to excellence from 1969-2019.

Rotary District 5080 Governor Bob Quay introduced honored guest Rotarian Johrita Solari as the evening’s keynote speaker. She is from Anaheim, Calif., and one of 16 directors of Rotary International. Johrita related how she joined Rotary and was able to connect to the heads and hearts of fellow members.

On behalf of Rotary International, she presented a commemorative centennial proclamation acknowledging the chartering Nov. 1, 1919, to Rotary Club of Walla Walla.

Rotary held two fundraisers in December. In its third and most successful year, the Small Trees Big Impact silent auction netted $10,100 to support local student educational scholarships. Fifty small, festively decorated and embellished trees with a wide variety of gift items were prepared by Rotarians, businesses and friends of Rotary.

Bidding took place while trees were displayed for the auction in the Marcus Whitman Hotel from Dec. 2-15.