Sign Up
Log In
Purchase a Subscription
You are the owner of this article.
Edit Article Add New Article
You have permission to edit this article.
Edit
Home
NEWS
SPORTS
THINGS TO DO
OPINIONS
CLASSIFIEDS
PRINT REPLICA
LIFESTYLES
VISITOR GUIDE
PHOTOS
1 of 3 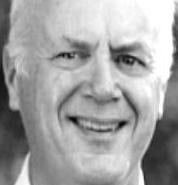 The coronavirus pandemic quarantine isn't enough to prevent Gesa Power House Theatre, 111 N. Sixth Ave., from planning its future, according to a release from the theater.

At a recent special meeting of the nonprofit board, John Jamison was elected to serve as board president; along with Amy Watkins, secretary; and Bill Clemens, treasurer.

John, of Walla Walla,  served on numerous arts boards in Seattle, Walla Walla and nationally, most recently on the Walla Walla Symphony and Walla Walla Piano Group. A Walla Walla native, John moved to Seattle after college and enjoyed a long career as a teacher at the Lakeside and Bush schools. He holds a masters degree in ancient history from the University of Washington and is an avid amateur musician and composer.

Amy moved to Walla Walla from the Seattle area in March 2017. She and husband Mike discovered the Power House and attend as many performances as possible. Not long after arrive in the community Amy began volunteering for the theater and joined the board in 2018. She's been employed in business and nonprofit work, mostly in the healthcare sector and she is currently with Providence St. Mary Foundation.

Bill is regional business manager for Pacific Power, covering the company's Washington service territory. A 38-year Pacific Power veteran, he's been in his current posit for 20 years. Bill manages the company's interaction with large industrial customers, cities, counties and elected officials. He is responsible for Pacific Power's economic development activities in his area, is very active in local communities and has served on and chaired several local and regional boards.

The board is  reorganizing the theater from its original LLC structure to a standalone nonprofit. Board activities include building its membership, establishing committees and gaining a deep understanding of the financial complexities of a theater that has had to suspend normal operations because of the coronavirus pandemic. The theater is expected to resume its programming as soon as it's safe to do so.

For more information about serving on the board, see phtww.org.