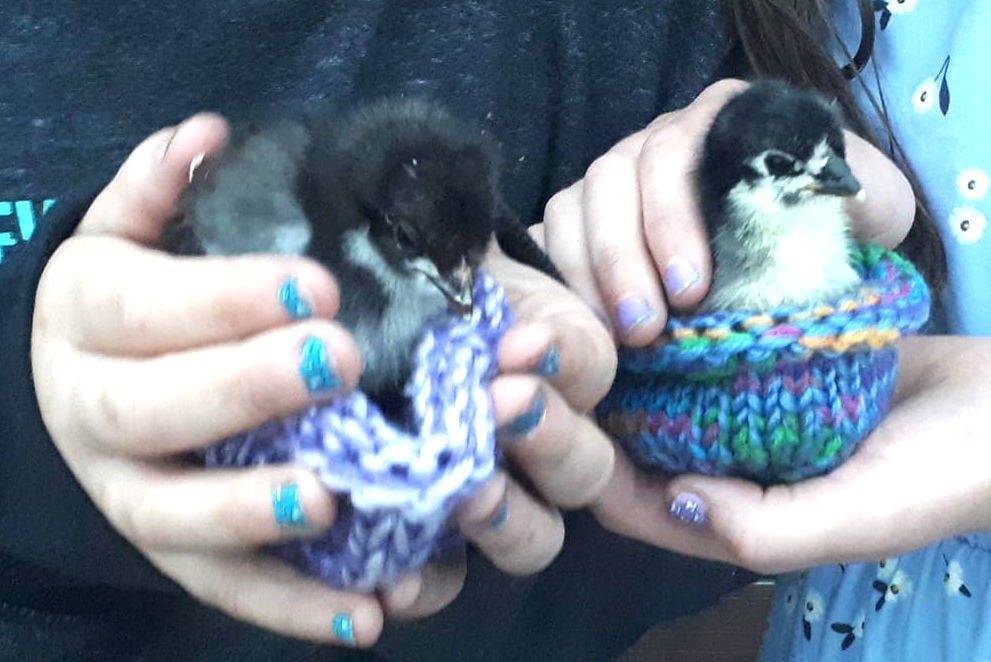 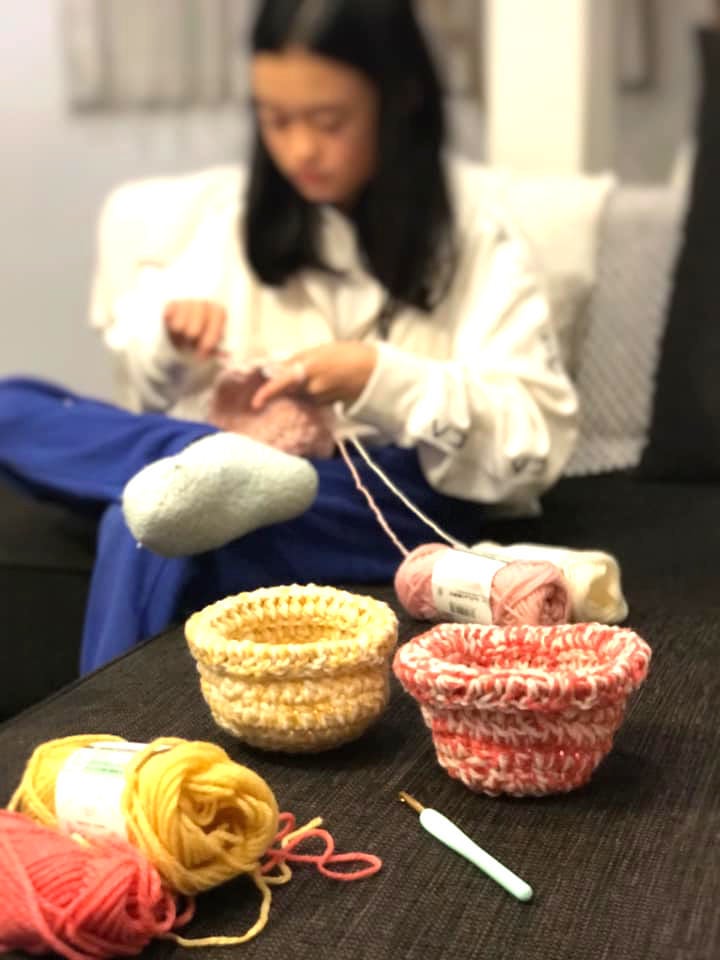 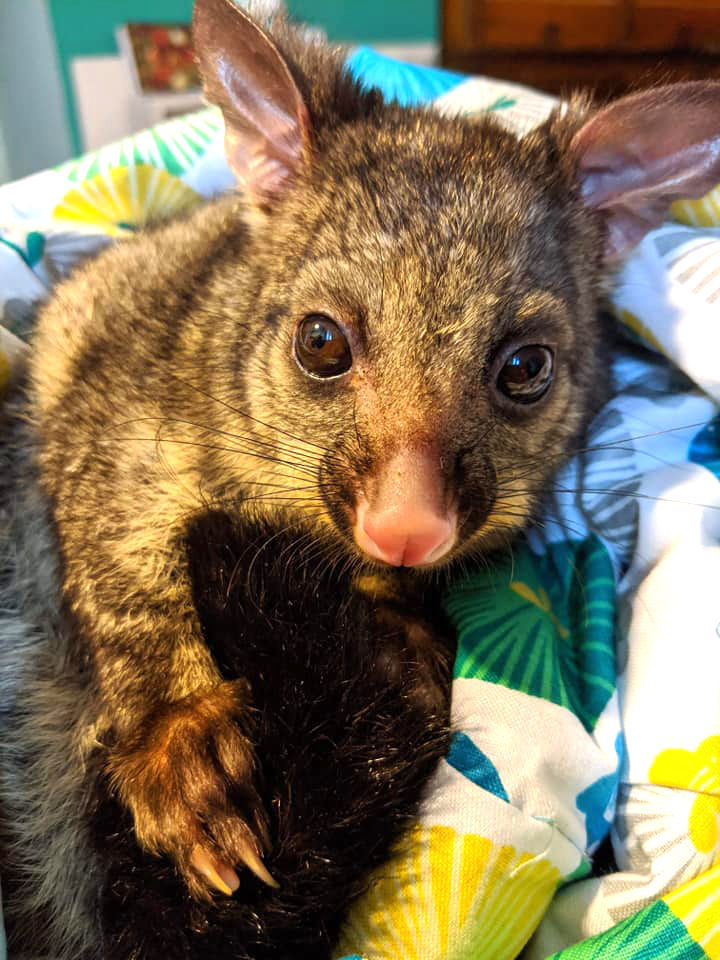 Haruko Kawai Kohno posted a photo on Facebook Friday of her young daughter making items to help Animal Rescue Craft Guild provide items to displaced and orphaned birds, koalas, joeys and other animals affected by bushfires raging through parts of Australia for about the last four months.

“My 11-year-old daughter and I will be spending the weekend crocheting and sewing rescue nests, bat wraps and animal beds and will send them to you as soon as we can. Lots of love from Tokyo, Japan,” she posted.

A teacher posted that her grade 8 students cut hundreds of pouches Friday in advance of a Saturday “sewing blitz. We have 15 volunteers coming in with their sewing machines at 9 a.m. Our classroom is ready. The fabric is ready. The kids are ready ... and we are two very proud teachers.”

A resident in Pennsylvania posted, “I’ve never sewn a single thing in my entire life, let alone touched a sewing machine, nor have I EVER used an iron. I did both tonight! In just a few hours after work, we made 25 pouches for the animals! I can’t even describe the feeling reaching into a finished pouch, knowing soon it will be helping a little animal. It brings a sense of joy in such a horrible time. We will be making a BUNCH more in all sizes to send over from Pittsburgh, PA, ASAP!”

Animal Rescue Craft Guild reports on Facebook that its members are also creating such items and have crocheted nests for birds and blankets for other creatures, said Walla Walla 2nd Ward Relief Society of The Church of Jesus Christ of Latter-day Saints President Marilee McQuarrie via email. Marilee can be reached at mcquamd@live.com.

She’s coordinating a local effort to make the items, which will be sent to Jamestown, Calif., but must arrive by Jan. 23 for shipment to aid the besieged nation’s wildlife victims.

Marilee asks that participants bring clean 100% cotton yarn and cotton fabrics — large scraps of the latter will work for a lot of the items, especially flannel with no pilling — as well as extension cords and surge strips, sewing machines, crochet hooks and the tools and supplies needed to make the items. Two or three ironing boards with irons are also needed.

“There will be plenty for everyone to do. We want these done by Saturday afternoon so they can be shipped to California in time for the flight out,” Marilee said. Lunch and a nursery will not be provided. Attendees may bring snacks to share.

Donations will also be accepted to help fund the shipping cost to California.

Find out specifics, including approved patterns, online in the “file” tab on the Guild Facebook wall, ubne.ws/2T75axs.

The creatures, many whose habitats have been destroyed in the fires, are in need of joey pouches in all sizes and wallaby day and night pouches and bat wraps made with a sewing machine, the Guild states. Its members sew, make, design and recycle “everything” to help animal rescue. Beds, crates, containers and support equipment help rescuers.

All products are free and are given away on the ARF page or through direct rescue.

Crocheted nests of various sizes are needed for orphaned birds and small rodents and knit blankets and jumpers that’ll “keep the little fellas warm” are needed.

The guild has knitting patterns for joeys, lambs, penguins and other animals.

“We recommend you do not vary from these patterns as they have been checked by our wildlife carers and meet their requirements and preferences,” a Facebook guild statement says.

Noncrafters can help by making donations to cover supplies and postage costs to the Animal Rescue Collective at ubne.ws/2QHy9Gq.

Carers around the country need a constant supply so as many as people can make are welcome for use over the next few months, ARC noted.

The nation in September suffered an early start of its fire season, fueled by a long, intensifying drought in the states of Queensland and New South Wales. Fires continue into the new year. The New York Times reported today that wildfires have incinerated an area on the southeast coast roughly the size of West Virginia and killed 24 people.

CNN on Wednesday reported “Nearly half a billion animals have been impacted by the fires in New South Wales alone, with millions potentially dead, according to ecologists at the University of Sydney. That figure includes birds, reptiles and mammals, except bats. It also excludes insects and frogs — meaning the true number is likely much higher.”

The federal government is sending U.S. firefighters to help combat Australia’s wildfires. For the first time, Canada is sending firefighters to Australia. About 100 have been sent altogether with 140 more expected to be heading Down Under in coming weeks, CNBC reported on Friday.

CNBC also reported Friday that thousands have endured “repeat evacuations as monster fires scorched more than 25.5 million acres of land, or an area the size of South Korea.”