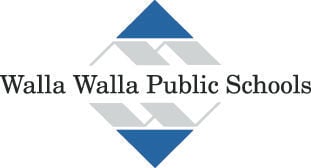 Fifty-nine nonprofit organizations participated in the Giving Catalog, published as a special insert in the Dec. 1 Union-Bulletin.

The initiatives make it easy for people to give to a wide variety of charities in the Walla Walla Valley during the holidays, said BMCF Executive Director Kari Isaacson in a release.

By visiting BMCF’s website, bluemountainfoundation.org, people could give to one or more local charities during December. Funds are paid by BMCF directly to the charities at no charge.

“For a first-year effort, the results were encouraging. Eighty-four percent of the charities received a donation through the initiative. Another positive result was that people learned about the amazing charities helping people in the Valley. Many charities received support from new donors in December,” Kari said.

During the campaign charities competed for BMCF-provided cash prizes, which aimed to increase participation and promotion of the campaign. BMCF awarded three $1,000 prizes to the nonprofit organizations that achieved certain milestones during the campaign, and another series of $200 prizes for weekly competitions. The total raised does not include these cash prizes.

Weekly pop-up prize winners: American Association of University Women for its scholarship fund for first donation received on the first day; Touchet Valley Arts Council, which won the raffle for social media messages; YWCA for last donation received on the last day of the campaign; Christian Aid Center for most raised on Dec. 3; Trilogy Recovery Community for winning the random Organization Raffle; and Community Council for winning another raffle for donations received in a certain period.

“The Giving Catalog and Alternative Gift Fair inspired many people to give during the holidays. One family asked their extended family to make a donation to one of three of their favorite charities instead of buying gifts and were happy to see them respond with generous gifts to local charities.” Kari said.

“The Sustainable Living Center and BMCF are already beginning to plan the 2020 Giving Catalog and Alternative Gift Fair. Sponsorships are being sought to increase the amount of funds as matching gifts going to charities.” she said.

For more than 30 years, BMCF has worked to strengthen the well-being of communities in the Walla Walla Valley. It has grown to more than $50 million in assets and has more than 300 charitable funds directed to benefit the people of Garfield, Columbia and Walla Walla counties in Washington and Umatilla County in Oregon. The Foundation distributed more than $2.8 million in grants and scholarships in 2018.