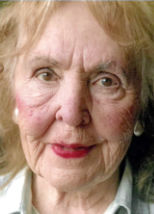 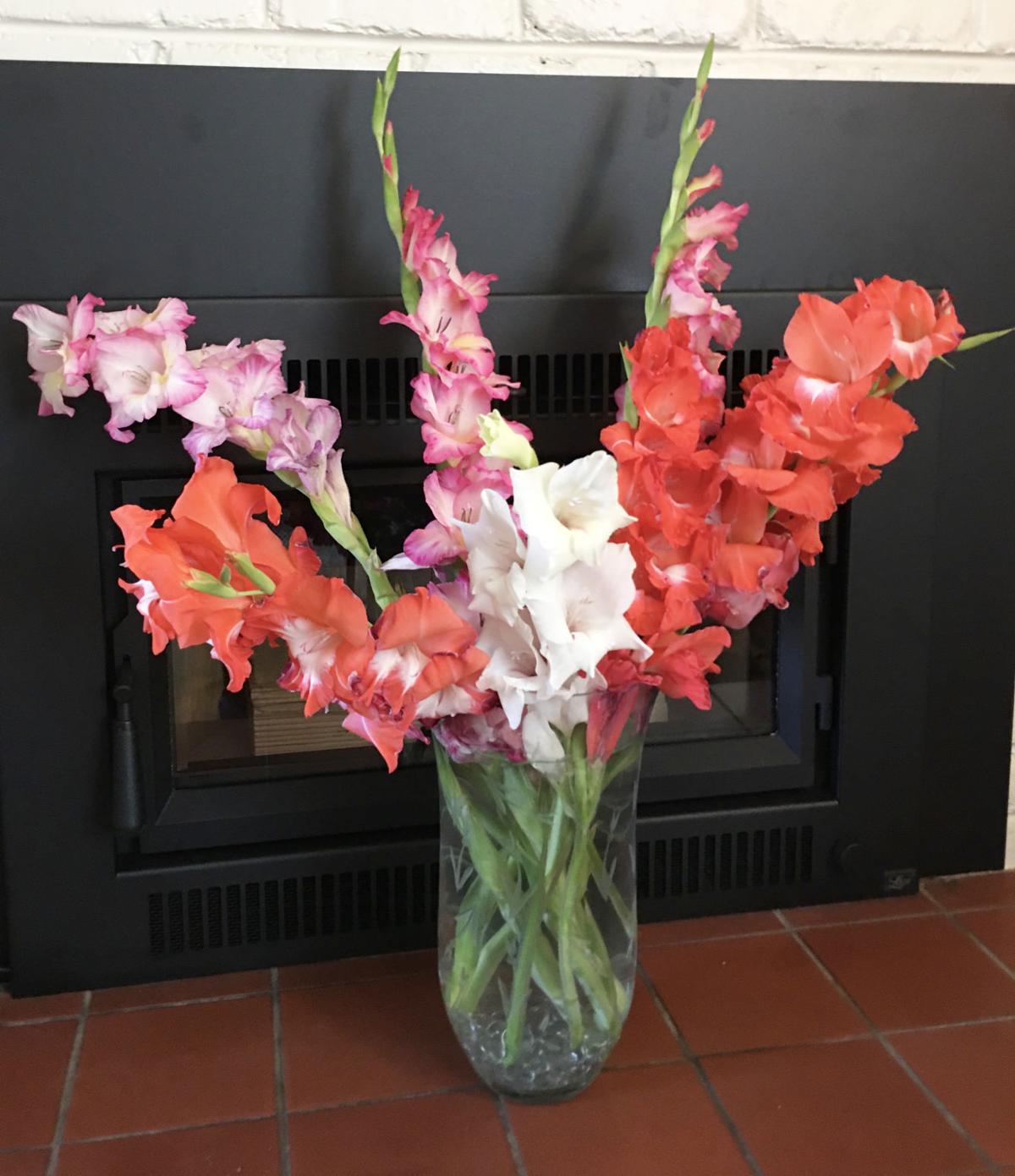 Gladiolus in memory of colleague Nadine Munns Gerkey. The crystal vase is a wedding gift to my husband, Dan, and me from Nadine and her husband, Gene Gerkey.

Gladiolus in memory of colleague Nadine Munns Gerkey. The crystal vase is a wedding gift to my husband, Dan, and me from Nadine and her husband, Gene Gerkey.

Former U-B colleague Nadine Mae Munns Gerkey came to mind Sunday as I placed a spray of gladiolus from our garden into a beautiful 13-inch-tall cut glass vase she and darling husband Gene Gerkey gave Dan and me when we wed on St. Patrick’s Day, 2000. Nadine died July 15, 2020, at the Walla Walla Veterans Home after contending with Alzheimer’s for 13 years. She was 92.

Viewing and visitation will be from 11 a.m.-5 p.m. Thursday at Herring Groseclose Funeral Home, 315 W. Alder St. The funeral service will be 10 a.m. Friday at Mountain View Cemetery, 2120 S. Second Ave. Memorial contributions may be made to the Alzheimer’s Foundation through the funeral home.

Nadine was a part-time reporter at the Union-Bulletin when I joined the news staff in May 1979. I spoke with her often when she sent her news copy into the office from her Prescott farm via telecopier. This was well before computers had arrived in our midst and from her machine at home, it transmitted and reproduced facsimile copies over a telephone line.

I could hear the strains of classical music she played in the background via Northwest Public Radio when we spoke. Conversely, the newsroom’s “music” was the steady thrum of 19 or so IBM Selectric electric typewriters thundering away on deadline.

Colleague Terry McConn, now retired, remembers that “Nadine was dedicated and passionate about her work and community. She also made significant contributions through her kindness and consideration of others.”

All of us who knew her would say the same.

Around mid-century, newspapers employed women on news staffs, but these writers typically covered society news, domestic women’s issues and feature stories, typically the light news as it were.

Her obituary on Sunday reports that in 1949 she was the first woman reporter hired by the U-B to cover time-sensitive, serious or “hard” news stories.

In 1951 she returned to Washington State University to earn an education degree and student-taught at Pullman High School and taught one year at the former Columbia High School, now Richland High School.

She and Gene married and moved to a family wheat farm on the Touchet River near Prescott where they raised their children and lived for 65 years. She “loved the rural serenity of home the most — the farm, valley, horses and cows, working in the garden and baking pies. She was the best Mom ever,” according to sons Steve and Edward Gerkey.

Between 1959-1964 Nadine taught English and journalism at Waitsburg High School. In the summers, she worked on a master’s degree in English literature at WSU and returned to reporting civic news and personal profiles for the U-B over the next 30 years, with a beat covering the Touchet Valley region encompassing Dayton, Pomeroy, Prescott, Starbuck and Waitsburg. From 1967-1977 she served as the first journalism teacher at Walla Walla Community College at its original site in the former Walla Walla High School on Park Street and then on the current campus off Tausick Way.

The news staff bid her bon voyage upon retirement and she started the Prescott Eagle, a quarterly paper that featured school district, city hall and local business news along with features and profiles of families and graduating Prescott High School seniors. Gene pitched in with subscriptions and home delivery during its 10-year run.

We kept in touch at occasional lunches with other retired U-B journalists and Gene, Nadine and I met occasionally at Red Monkey where we could catch up.

Nadine’s roots go way back in this area. Her great-grandparents were Frenchtown farming pioneers Beldam Damase and Mary Parmela Bergevin, the former who came to Walla Walla in 1865.

Nadine was born Aug. 11, 1927, to J. Francis and Ninetta Bergevin Munns. She and sister Nydia Jane rode a horse from their Bergevin Springs home to the one-room schoolhouse at Valley Grove for first through third grades. Nadine often found herself the only student in her grade level.

When they moved to the family’s Harvey Shaw wheat ranch in 1936, Nadine attended the one-room Hadley School before graduating in 1945 as valedictorian from St. Patrick’s High School in Walla Walla and in 1949 from Washington State College with a sociology degree and journalism certificate.

She contributed service on the Dayton Historic Depot Society Board, Frenchtown Foundation, a committee to build the Veteran’s Memorial Wall at WSU and a 10-year historic preservation advocacy to save from demolition the old St Patrick’s High School, which ended in a Washington State Supreme Court ruling.

To this day, I remember her laugh, sense of humor and sparkling eyes. She deeply cared about the people she reported on and stories she shepherded to press. And she was always beautifully coiffed and professional in her chic attire. And so farewell, Nadine.