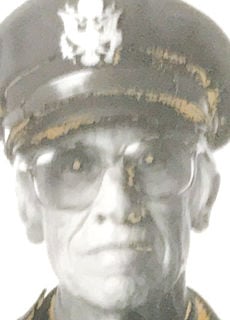 A pair of outdoor ping-pong tables will be installed at Pioneer Park soon, courtesy of the Charles “Chuck” Gibson family at the city Parks & Recreation Department.

A pair of outdoor ping-pong tables will be installed at Pioneer Park soon, courtesy of the Charles “Chuck” Gibson family at the city Parks & Recreation Department.

Between ping-pong diplomacy when the U.S. and People’s Republic of China exchanged players during the 1971 World Table Tennis Championships and fictional champion ping-pong player Forest Gump of the eponymous 1986 novel and 1994 film, the game of table tennis has had quite a stretch in the limelight.

It’s not too shabby as a form of aerobic exercise. “Most beginner ping-pong players will burn between 200 and 350 calories per hour of play,” according to Lisa Feldermann, personal training program manager at Blink Fitness in New York. She said fancy footwork added by elite competitors let them burn as many as 500 calories per match. Ping-pong rises above billiards and bowling for an aerobic workout.

We’re in luck on a local basis to soon have access to two all-weather outdoor ping-pong tables that will be installed in the next few months at Pioneer Park courtesy of the family of the late Charles H. “Chuck” Gibson. The clan is honoring Chuck’s memory by bringing art, color, activity and fun to the park, according to a release from the Walla Walla Parks & Recreation Department.

The powder-coated steel tables from Popp Inc. in California — one bright yellow, the other bright blue — will be accessible with paddles and balls to anyone wishing to play and will be sited between the pickleball courts and children’s playscape.

The city will provide the equipment and permanently install the tables.

Walla Wallans Dave and Mary Gibson made the addition to recreation opportunities in the park through a gift to Blue Mountain Community Foundation and city Parks & Rec.

“We are excited about this wonderful addition to Pioneer Park and recreation option for people of all ages in the city,” said Kari Isaacson, executive director of BMCF.

“The Gibsons saw the social interaction created by public ping-pong tables that were placed in downtown Seattle. They immediately thought about bringing outdoor ping-pong to Walla Walla, choosing colored tables that will greatly enhance the park.

“My dad loved the game! For many years he was a professor of history and political science as well as a tennis coach at Glendale Community College in California, and during World War II flew 40 missions over Iwo Jima. He was committed to public recreation all of his life.” Dave Gibson said. “He would have enjoyed playing on these tables at Pioneer Park. We are so glad we can do this.”

“Walla Walla has a long history of public/private partnerships to enhance recreation and parks in the City,” said Andy Coleman, director of Parks & Rec.

For example, Sherwood Trust and other local organizations and individuals contributed funds to make Memorial Pool possible, Andy said. “The splash pad at Washington Park; the Scribner Fund for Walla Walla Trees at the Community Foundation; all the playgrounds in Walla Walla’s parks; the two skate parks within the city; and, of course, the reconstructed aviary at Pioneer Park. All of these projects that add to our strong quality of life were made possible by generous residents pitching in to improve our great community.”

“The city is grateful to the Gibson family for their initiative and foresight. This is a great addition to the many recreation opportunities at Pioneer Park,” Andy said.

A dedication will be scheduled when the installation is complete.

John Prine, the ingenious singer-songwriter who explored the heartbreaks… Click or tap here to read more

All of the month-to-month, week-to-week, day-to-day and hour-to-hour cha… Click or tap here to read more