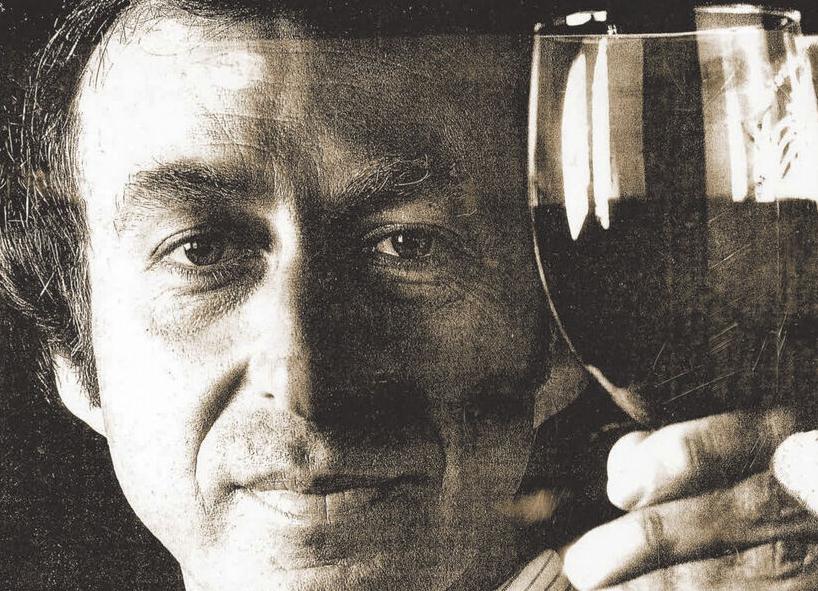 Tom Stockley’s daughters, Paige Stockley and Dina Moreno, compiled and produced “A Collection of My Favorite Things to Cook: Plus Notes and Comments on Culinary Travels Everywhere,” based on his journal. 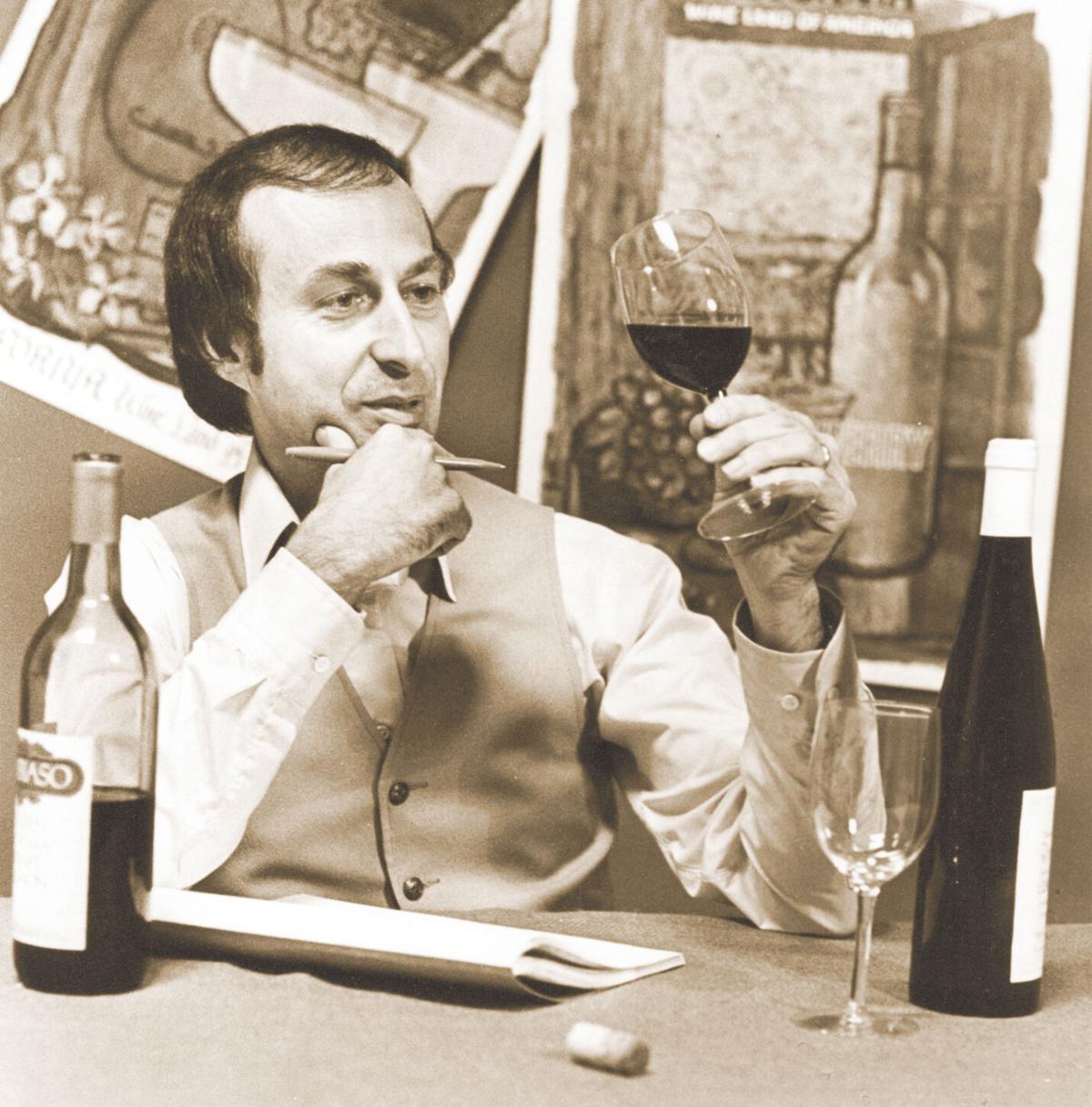 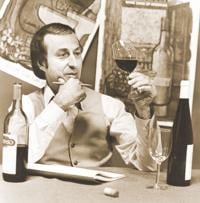 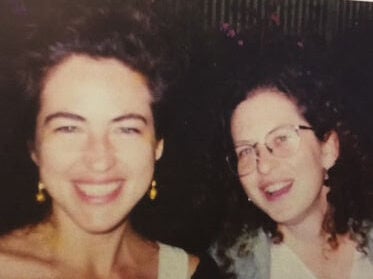 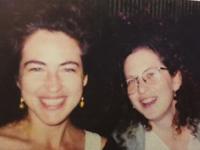 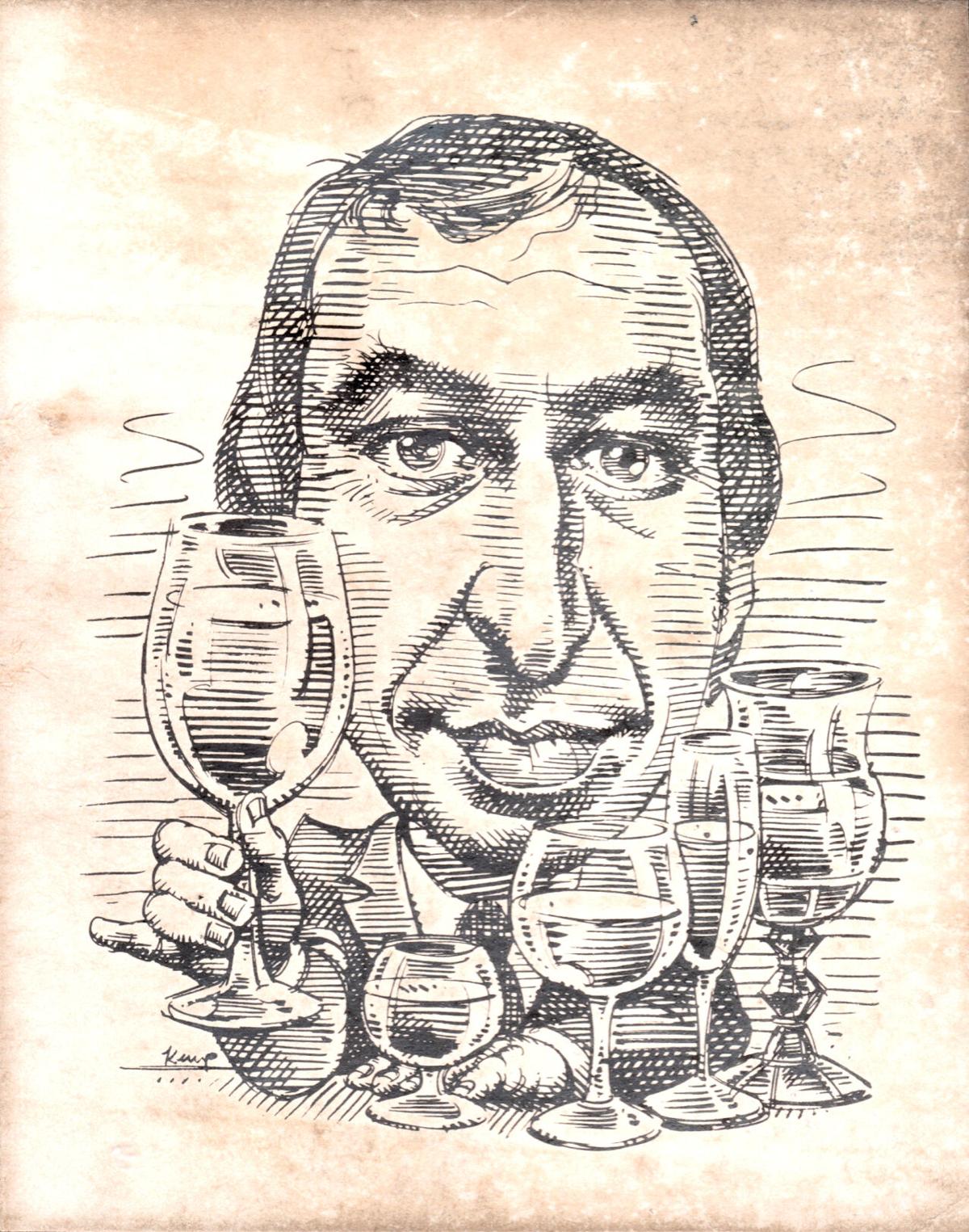 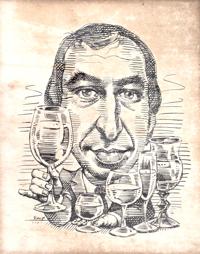 Tom Stockley’s daughters, Paige Stockley and Dina Moreno, compiled and produced “A Collection of My Favorite Things to Cook: Plus Notes and Comments on Culinary Travels Everywhere,” based on his journal.

From early on, the journalist wrote enthusiastically about the business in Walla Walla — well, and the state — in his weekly wine column for The Seattle Times.

“My father came to Walla Walla all the time,” daughter Paige Stockley emailed. “That was his main stomping grounds as he wrote about Washington wine from the very beginning, in the ‘70s, when everything was just beginning. And then continued to champion Walla Walla wines until his death in the year 2000, in the Alaska Airlines 261 crash.

“He is widely credited with putting Walla Walla on the international wine map,” she said.

There was his Nov. 11, 1984, story, “Wine a la Walla Walla/The land of wheat and onions has glasses clinking over its grapes,” an interview with Woodward Canyon co-owner Rick Small and others.

Tom Stockley noted it was that year the Walla Walla Valley became the 33rd federally designated wine district, and this area became Washington’s second appellation, following first-in-line Yakima Valley. The modern Northwest wine industry was not quite 12 years old in 1984.

He pointed out the Valley’s fine wine reputation became implanted with the introduction of a 1978 Gary Figgins garage-made Leonetti Cellar cabernet sauvignon, which, in 1983, garnered the best cab-sauv designation in the United States. Its price went from $16 to $70. Gary and Nancy Figgins’ Leonetti Cellar, started in 1977, is Walla Walla’s first bonded winery.

Just 150 scattered acres of vineyards graced the Valley in 1984, out of the 178,560 acres of tillable land, he reported. L’Ecole No 41 winery and its founders, novice winemakers Baker and Jean Ferguson, got the nod in that article, too.

Merchants everywhere made sure to stock wines Tom Stockley recommended to accommodate the flood of customers sure to come on the heels of his columns.

The Seattle Times published “Wine” from 1972 until 2000 when the 63-year-old author; his wife, Peggy, 62; and 86 others aboard a commercial airline died in a crash off the coast of Port Hueneme, Calif. Paul Gregutt from Waitsburg followed for 11 years with “The Wine Adviser,” then Andy Perdue and Maggie Saravino in 2013 assumed the mantle with “The Grapevine.”

“It is an incredible honor to write for The Times,” Perdue said in The Times in 2013. “It is a great institution. Following in the footsteps of Tom Stockley — the original Northwest wine journalist — is humbling. I never got to meet Tom — I spoke on the phone with him once — but everyone who knew him talks about how humble, kind and fair he was. I hope to honor his memory with my coverage of the wine industry.”

Fewer than 10 wineries existed when Tom Stockley began his reporting. Gotastewine.com notes that more than 1,000 exist today. Like fruit on the vine, the count in the Walla Walla Valley American Viticultural Area has grown to as many as 140 wineries and 2,800 acres of grapes.

Paige Stockley and Dina Stockley Moreno decided to preserve some of their dad’s work in “A Collection of My Favorite Things to Cook/Plus Notes and Comments on Culinary Travels Everywhere.”

The sisters, in the dedication, said their dad left behind a cooking journal that embodies their parents’ spirit, joyous culinary lifestyle, travels, love of story and passion for sharing a meal. The legacy is one the two women expect to pass on to their daughters, Daisy, Julia and Luisa.

The Stockley girls grew up immersed in their father’s passion, accompanying him on their school vacations to wine-judging events in the Napa Valley, Moreno told the Kitsap Sun in February. Food was high on his list. On one trip — of many — in Europe, he catalogued what the family ate at every meal — but nothing else, Moreno said.

“Winery Trails of the Pacific Northwest,” a small book Tom Stockley wrote in 1977 about touring wineries in Washington, Oregon and British Columbia, listed just eight wineries in the state, possibly the first overview of the budding industry.

“Many winemakers and wine journalists over the years have referenced that book as a turning point in the recognition of the industry here. By 1984, there were 80 wineries. Today ... the sector brings in $4.8 million dollars in revenue each year,” Paige said in a release.

Her father was the first writer in the Northwest to be named Wine Writer of the Year by a national wine industry publication in 1990. Winemakers statewide honored his contributions to the industry after his death.

Tom Stockley was honored as a wine educator, sharing with readers that wine should be accessible for everyone, and that price should be no barrier to buying good wine.

So this book the Stockley girls assembled includes their reminiscences, family photos and a goodly collection of recipes from simple to exotic, French to Italian and Greek, appetizers to meat and potatoes to zucchini pasta, seafood, main and side dishes.

Paige Stockley described the journal she and Moreno found as a gold mine of travel anecdotes, recipes and artistic doodles of anything from calamari to Tuscan stone houses. They enjoy cooking from it and find the recipes “easy, fun to make and delicious.”

Many of the recipes are in Tom Stockley’s handwritten, mostly legible cursive and published right out of the journal. Some of his columns are sprinkled throughout, such as a trip to Greece with commentary on several wines and the discovery of a good Kourtaki retsina.

He labeled one recipe, “The World’s Easiest Moussaka.” And it’s not just recipes he noted, but personal recommendations and reviews.

At the end of “A great curry chicken (serves 2)” recipe he wrote, “This is really a tasty dish — and quick! Use a good curry. I like Sharwood’s. Serve it over jasmine rice.”

You haven’t lived until you’ve topped grilled salmon with a berry sauce. Tom Stockley has a delicious raspberry version with just a few ingredients. And as far as fish goes, his June 23, 1985, column is included with how-tos for savory smoked salmon horseradish dip and salmon Ricardo.

His Jan. 14, 1998, column explains what the to-do is regarding pinot gris and gives examples from Oregon vintners.

He rubbed elbows with famous people such as Julia Child, as a Seattle Times article from his reporter days notes. The famed chef signed a copy of “From Julia Child’s Kitchen” for him during her trip to Seattle.

Truite Chabilisienne (trout in chablis sauce) gets a fair shake and again, with a few ingredients, yields a lovely dish to serve six.

Perhaps to take the sting out of calling them what they are, he heads one page “Bunny Recipes.” “They’re cute, but oh, so tasty,” he said about his “Rabbit and Madeira” recipe.

His humor comes through, too. He and Peggy lived on a house boat in Seattle’s Lake Union. The epic dinners they hosted there are talked about still, his daughters say.

While halfway through preparing a scallop appetizer recipe from the New York Times, he lost the directions “when the clipping blew into the lake & vanished. It came out fine. (serves 6).”

Toast some rounds of French bread. Spread them with a mixture of chutney (like Major Grey's mango chutney) and Dijon mustard. Top with grated Cheddar cheese. Broil.

— From "A Collection of My Favorite Things to Cook," by Tom Stockley