As Republicans in Congress move forward on their tax plan, it’s worth remembering one thing: whatever the legislative particulars, keep your eye on the plan’s impact on the federal debt. Our debt load is already worrisome. It’s almost certainly going to get worse.

There are a lot of different ways to characterize our fiscal situation at the federal level. We spend too much. We borrow too much. We spend more than we take in. We don’t tax enough to cover our expenses. However you describe it, the plain truth is that Americans want more from their government than they’re willing to pay for.

This is not new, but at some point it will become unsustainable — we just don’t know exactly when. One common measure of the debt problem is to compare the total federal debt to our gross domestic product, or GDP. This basically measures whether a country's economy is healthy enough to carry its debt burden. When Presidents Carter and Reagan were speaking out against the dangers of our large national debt, it stood at around 30 percent of GDP. Today it stands at 103 percent.

For years, people who worry about the debt have warned that this trend could not continue; it’s turned out that the economy is far more resilient than many of us thought. And so the fear of debt has faded. This is too bad.

Before we go on, remember that there’s a difference between deficits and debt. The deficit is the difference between what the government takes in and what it spends. That’s measured annually. The debt is the accumulation of our deficits. And experts agree that growing debt at some point really will become unsustainable. As it grows larger, it weighs more heavily on economic growth, crowds out private investment, creates economic uncertainty, dumps a burden on our children, and limits our ability as a nation to deal with unforeseen events. How we handle it will have a profound impact on our future and our role in the world.

The problem is that regardless of what our political leaders say about deficits and debt, their actions tend to belie their words: they continue expensive federal programs and lavish tax breaks on favored constituencies without regard to the long-term fiscal impact. I’ve come to believe that deficits will likely continue — with increasing debt — until some financial crisis focuses our attention on the serious imbalance between our taxes and spending. There is little real seriousness about trying to solve our fiscal issues, or real appetite to get our spending under control and use taxes to get a handle on our finances.

Which brings us to the current move for tax “reform.” Tax reform can have several meritorious goals, including establishing a more equitable tax system, encouraging economic growth, and imposing fiscal restraint. What I don’t see in the current debate is much more than lip service to any of these goals. To achieve even a measure of fiscal restraint you can reform entitlements, which are the chief drivers of increased spending; you can moderate or cut defense spending; and you can increase taxes. Some politicians like to add a fourth — becoming more efficient — but while helpful, that won’t have the necessary impact.

You’ve heard a lot already about how we need tax cuts to unleash economic growth. But the history of tax cuts makes clear there’s only a tenuous connection between the two. Many factors affect the growth of the American economy; taxes are only one of them. And certainly, tax cuts that explode the deficit and send the national debt skyrocketing are not going to get the job done.

So as you watch the debate on Capitol Hill, use your discrimination and judgment. Tax cuts can often help the economy, but not if they balloon deficits and the debt. If that happens, they’ll eventually end up lowering growth and slowing the economy. 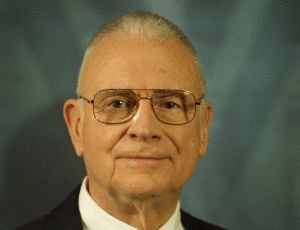