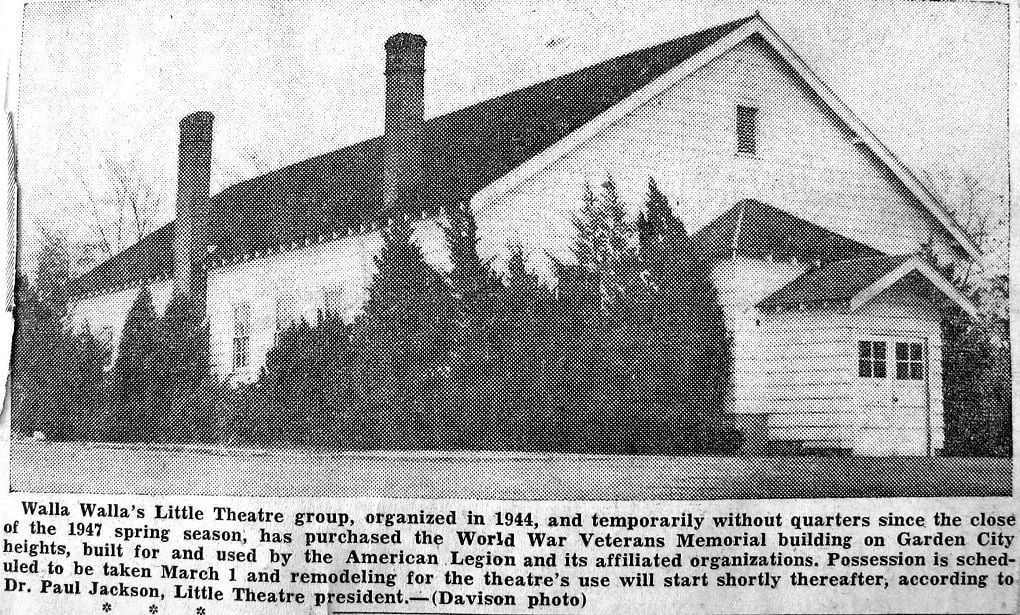 The American Legion Building in 1948, which later became The Little Theatre of Walla Walla, from a Walla Walla Union-Bulletin clipping. 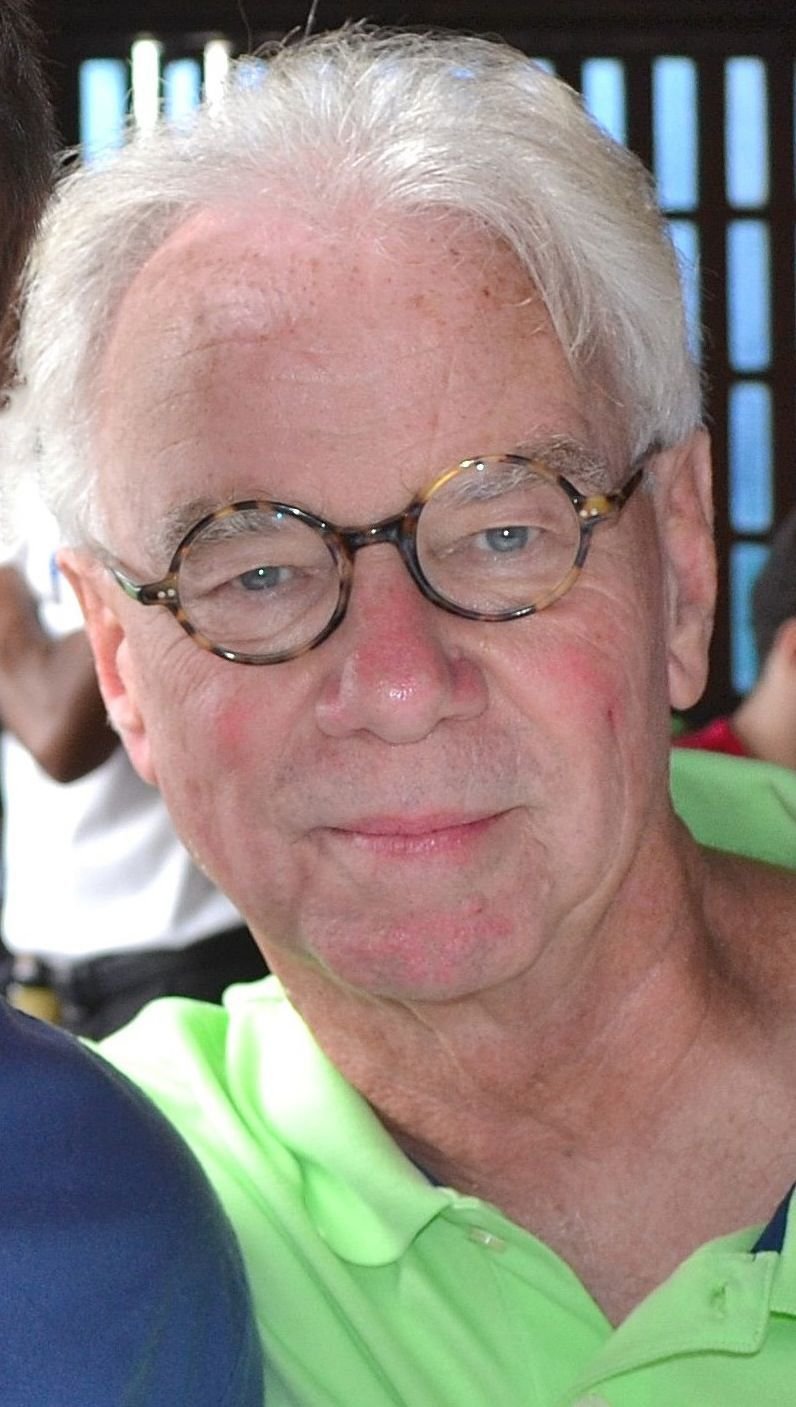 Editor’s Note: This column is part one of a three-part series on the history of The Little Theatre of Walla Walla, celebrating its 75th anniversary this year.

The year 1944 would seem an unlikely time to consider establishing a community theater.

World War II was still in progress, and Walla Walla was filled with people stationed at the Army Air Base northeast of town and McCaw Hospital near Fort Walla Walla.

Many items were being rationed, and most Walla Wallans were probably occupied with matters that might not include attending plays.

Nonetheless, in 1944, a group that included Whitman College faculty and townspeople held the first meeting for a proposed community theater project under the leadership of Paul Jackson, Whitman College professor of English and later faculty dean.

Their target audience was, in fact, the military personnel stationed at the air base and at McCaw Hospital.

From conception to initial pre-season debut production, it was a short few months before the group, christened The Little Theatre of Walla Walla, was ready to stage its first play, Mark Reed’s 1939 screwball comedy, “Yes, My Darling Daughter,” presented on July 1 and 5.

It was a resounding success with the military personnel, and a decision was reached to continue performances for the public on Friday and Saturday nights through October in penthouse style (theater in the round) at the Marcus Whitman Hotel’s ballroom.

Despite having to exercise caution in spending any excess nickels and dimes, enough townspeople bought tickets to this first short season that when the play closed after six performances, the fledgling theater could boast a net profit of a little over $50!

It short order, a location for The Little Theatre was found upstairs at 23½ E. Main St., a space with a limited seating capacity of 100 that had to be reduced to 95 due to two cast-iron pillars that restricted vision of the full expanse of the 15-foot stage. Benches for seating were provided by the parks department.

After completing necessary rewiring and installing a flexible control board, The Little Theatre was ready to present its first production on Dec. 1, 1944 — “The Old War Horse,” a play by Carter Kissell.

In December 1945, the city of Walla Walla, owner of the land at 1130 E. Sumach St., sold this tract to the American Legion, Walter C. Lee Post No. 32, for construction of a World War Memorial Building. The building was probably completed in 1946, a simple structure of one story with a gabled roof that was typical of American Legion or grange halls of the period.

The American Legion did not keep the building very long, however, and on Feb. 13, 1948, they sold it to The Little Theatre of Walla Walla Inc. Thus, The Little Theatre had its first and only permanent home, with seating for 200, that they have occupied now for over seven decades.

At the end of the 1952-53 season, major improvements were undertaken, including an enlargement of the stage area, adding dressing rooms and storage space downstairs for costumes and property. Another area downstairs was refurbished. Called the Mural Room for its changing displays of art, it provided a place where guests could have coffee and talk during intermissions.

In 1970, the mortgage was paid in full. The year 1978 saw a new lighting system installed, and in 1980, the sound system was upgraded. An addition to the south side of the building in 1985 added much needed costume storage space and additional furniture.

Restrooms were enlarged and upgraded in 1986, and via a gift in honor of founding member Mildred Stewart, the Mural Room was redecorated. Further improvements followed in the 1990s that included air conditioning and new furnaces, replacement of siding and the roof, and leveling of the parking area.

Work continued in 2001 when a new stage floor was installed and the dressing rooms were upgraded. The year 2002 saw the installation of a new lighting system, followed in 2003 with a state-of-the-art sound system.

The board has demonstrated remarkable stewardship of its facility from a crude and simple structure purchased in 1948 to a first-class community theater in this, its Diamond Year celebration.

Stephen Wilen served two terms on the Historic Preservation Commission, is the lead researcher for Walla Walla 2020 Historic Properties and Plaque Project and a founding member of Walla Walla Historic Cemeteries. He may be reached at kensington1924@q.com.