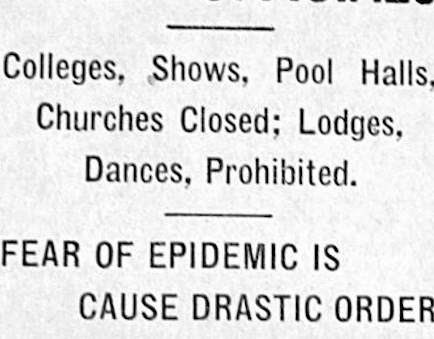 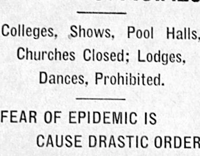 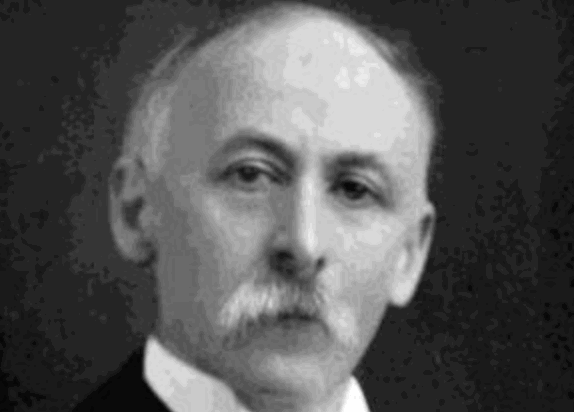 This is part one of a three-part series.

There may be no one old enough to share directly with us what it was like to experience 1918’s influenza pandemic in Walla Walla.

Fortunately we do have firsthand accounts: articles are available from Walla Walla’s two newspapers at the time, the Walla Walla Bulletin and the Union. A young person’s perspective is provided by the Pioneer, published by Whitman College students. And there is the diary of W. D. Lyman, a Whitman professor and historian, who gives us a personal take on the day-to-day response of Walla Wallans to a stressful time.

The year 1918 is memorable not just for influenza but because it was also the last year of the “Great War.” Our nation faced two grave concerns: the safety of the soldiers still fighting in Europe and the incidence of one of the worst pandemics in history. Although the influenza is called The Spanish Flu, there is no evidence that it originated in Spain. Because Spain was not under censorship controls at the time, it was free to publish accounts of the frightening epidemic. World leaders of combatant countries didn’t want the public’s fear of infection to affect support for the war effort, so they suppressed coverage of influenza.

The news of the flu came from Spain, but not the virus. Spanish flu was not its only descriptor; it was often called by the French word “La Grippe.”

Appearing first in the spring of 1918, the flu was early on considered non-lethal and was even called the “three-day flu” in the battlefields of Europe.

Flu victims were few in the summer and publicity was minimal. In April there was a first wave — a report of 18 severe cases of influenza and three deaths in Haskell, Kan.

In the autumn the flu re-emerged. Military posts were especially vulnerable and in September, a soldier from Camp Devens in Massachusetts was sent to the hospital. The next day, more than a dozen more were hospitalized, and at its worst point, 1,543 soldiers at Devens alone were diagnosed with the flu in a single day. Devens was a short distance from Boston, and from there the flu spread to other major cities in the East.

The flu had returned with a vengeance.

“No Cause for Alarm” was the heading of a Walla Walla Bulletin article of Sept. 29, 1918. The newspaper stated the “Spanish Influenza in a modified form has made its appearance in Walla Walla.” Readers were urged not to panic.

There was still a distinction, the article said, between the “Walla Walla Grippe” and the current influenza, but they were similar enough that city health officer Dr. Vanderpool encouraged anyone with flulike symptoms of sore throat, chills and fever to seek the attention of a doctor.

Was there a remedy for this flu? Hand-washing was recommended, as was porridge, irrigating the nose with salt water and avoiding wearing mufflers.

Pharmacies offered “Foley’s Honey and Tar,” and Darst’s Human Bake Oven in the Denny Building maintained they had “never lost one case of ‘Flu’ (La Grippe) in all the years we have practiced.”

Physicians had access to a flu “serum” furnished by the State Board of Health. Professor Lyman writes in his diary that he took a “shot in arm for influenza.” Describing the flu as “quite threatening,” he would receive a second shot a few days later.

The medical community knew the serum was not widely tested but hoped it would at least slow the progress of the flu or at least prevent the development of pneumonia that often resulted from the infection. The injections did not prove to be effective.

Dr. Vanderpool reported that the two September cases of suspected influenza were already quarantined and he saw no need yet to stop public meetings. That situation, however, would change rapidly and readers would hear frequently from Dr. Vanderpool during the next four months.

In early October, 12 nurses from St. Mary’s Nursing program answered an emergency call from the Navy base at Bremerton, Wash., due to hundreds of cases of influenza.

Apparently the community felt the nurses could be spared, but may have regretted their departure when just five days later fear of epidemic led to a city-wide shutdown of Walla Walla. Acting under orders from the state commissioner of public health, local health officers issued an order prohibiting all public gatherings in Walla Walla until further notice. Schools, colleges, churches, theaters, lodges and pool halls were ordered to close.

Students who were residents at Whitman College were allowed to remain on the campus, but ordered to stay within its boundaries.

Professor Lyman wrote in his diary: “Influenza not yet gone. ... Only those in College Buildings can come to classes.”

The coming weeks would bring additional restrictions and loss of lives.

Susan Monahan is a volunteer and board member at Kirkman House Museum, where she gives tours, does research and creates media for exhibits. Contact her at smonahan48@charter.net. This column, by a rotating roster of contributors, focuses on people, places and events from the Walla Walla Valley’s rich history.