The action came as a surprise to Bell, who on Sunday told the Union-Bulletin he had never been corrected for his performance while working for the city and had received positive feedback from City Manager Nabiel Shawa, who fired him.

“While Troy has many positive attributes, the alignment of his skills and job expectations were not what was hoped for,” City Manager Nabiel Shawa wrote in a Monday email to the Union-Bulletin. He declined to provide more specific reasons for the termination.

Bell did not have a contract and no severance pay was issued, Shawa added.

Bell — who was working in Florida when he was hired about four months ago — had reached the last day of his probationary period on Friday and was still in the process of moving his family across the country.

His wife had recently resigned her tenured position with Purdue University in Indiana, he added

“So there is a lot at stake here,” he said this morning

Before taking the city position, Bell was living in Pompano Beach, Fla., and working as an administrator for Pathways in Education, a national network for charter schools.

His termination came as a surprise to Walla Walla Mayor Allen Pomraning, who said the City Council was informed of Bell’s termination in an email delivered late Thursday.

Pomraning added that city policy prevents Council members from getting involved in hiring and firing of employees — except for hiring a city manager and city attorney.

“The human side of me wants to know what happened,” Pomraning said today to the Union-Bulletin. “But the City Council side of me says don’t get into it.”

Pomraning added that at no time was the termination discussed by the Council, including during executive sessions.

“I was surprised and disappointed because I had dealt with and worked with him. And I got along with him,” Scribner said, adding that Bell had recently worked on and given a presentation to an advisory committee working on city lodging tax distributions.

“In those situations, I found him to be knowledgeable and a pleasant fellow to deal with,” Scribner added. 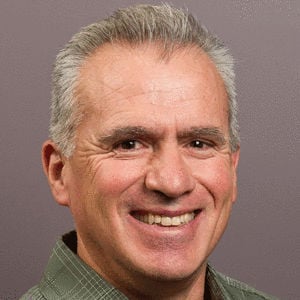