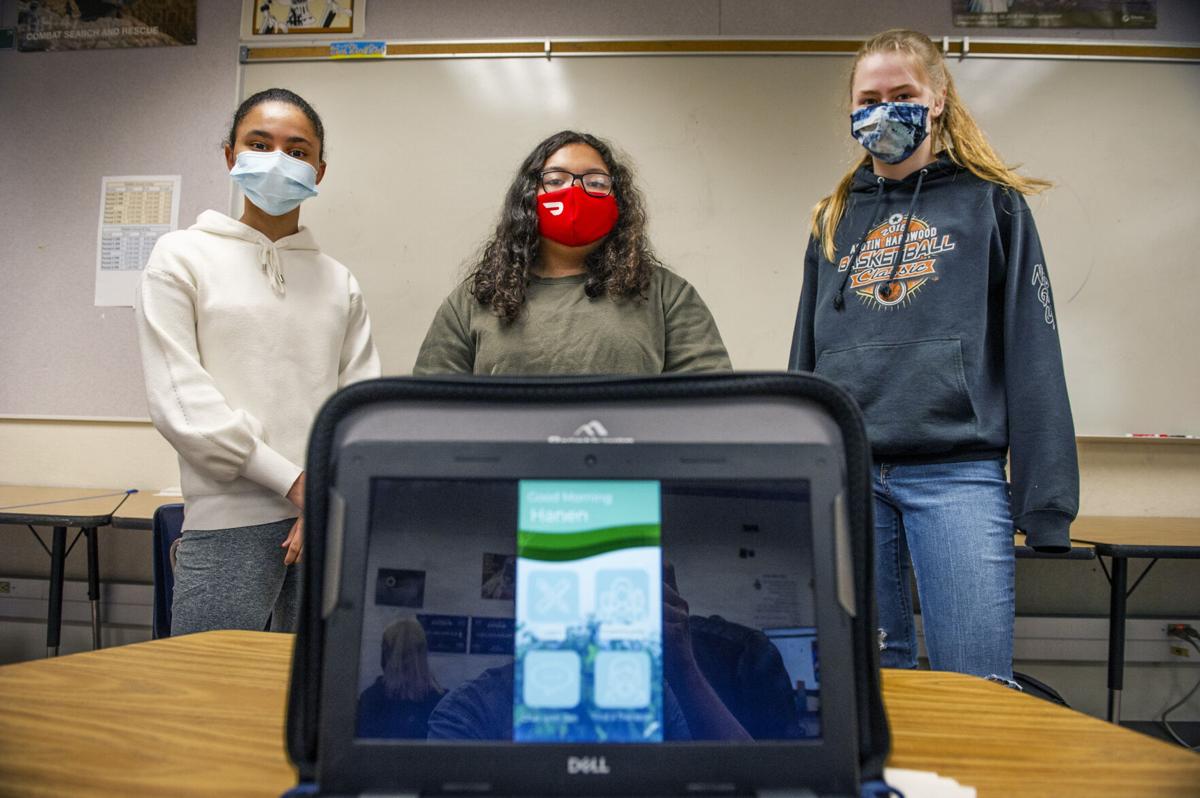 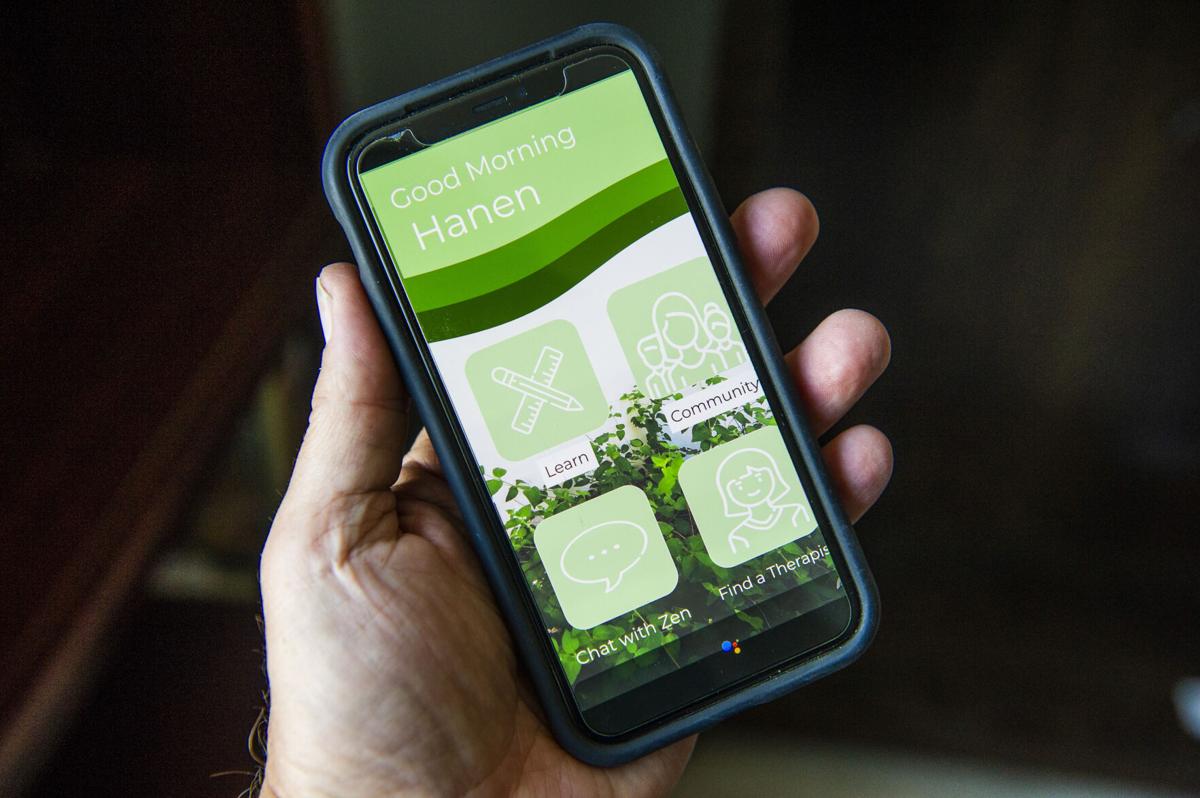 “Lots of teens are more isolated from their peers during this pandemic, and they might feel like they have no control over what is happening in their lives,” eighth grader Miriam Hutchens said. “Teens also have to deal with online school, which can be really stressful. Social media can also influence teens’ view of themselves or the world, which can be really confusing.”

The students teamed up and were honored at a state STEM contest for a smart phone app proposal that addresses mental health for teenagers. The project by Huchens, Hanen Mohamed and Mia Roughton was chosen as a State of Innovation Challenge honoree.

The student project was one of eight out of nearly 90 submitted projects that earned the award, Garrison STEM teacher Michael Bertram said.

Bertram coached the students in the project along with 21st Century Program director William Hammond.

The State of Innovation Challenge is funded by Washington state and sponsored by the Office of the Superintendent of Public Instruction.

This year, one category to address was “Responding to COVID-19.”

The students started by examining what mental health services were offered in the Walla Walla area.

They were looking for gaps that could be filled by a service they could create. That’s not, however, what they found.

“[We] found, if anything, there were lots of overlaps,” Hutchens said.

So, the students shifted their focus. Rather than create a new service, which they felt would be redundant, they wanted to focus on an easier way of finding existing services.

“They decided it would be interesting to create a way kids could connect with mental health services without having to pick up a phone to call someone,” Bertram said. “That’s when they decided to develop an app.”

While an actual, working app, was not developed, students came up with a proposal, including a design for the app and what it would feature.

The app’s home screen would have buttons such as “Learn,” where teens could read about mental health issues they may be facing, and “Find a Therapist.”

Teen would also have the option of communicating with a virtual assistant-like bot named Zen.

So what exactly is Zen?

“Zen is a chat bot that teens or other app users can ‘talk’ to,” Hutchens said. “It is there for when you can’t or don’t want to talk to a real person about a problem or question you have.”

Hutchens said many teens would feel more comfortable talking with a bot than a person because they will feel less judged.

“A computer can’t make fun of them,” Hutchens said. “The computer also can’t start rumors or degrade a person for asking legitimate questions.”

Zen can also help teens determine what other help may be available to them.

Bertram said he presented the State of Innovation Challenge to his students while in-person instruction was closed due to the COVID-19 pandemic.

He said it was a good project students could tackle that would allow collaboration during distance learning.

“We did everything on Zoom,” Bertram said. “I offered this challenge to them and three students took me up on it.”

“I learned a lot about teamwork and communication, especially since we started the project before going to school in person,” she said. “I also learned about the process of designing apps and how ideas that start as one thing can end as something completely different.”