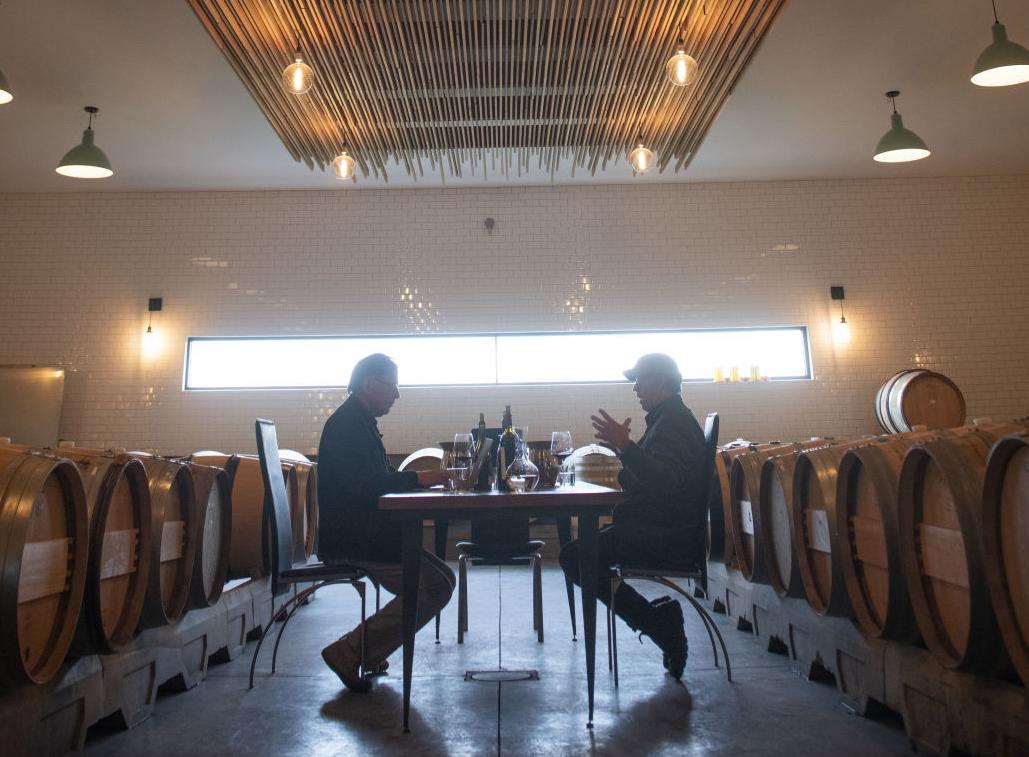 The Force Majeurre Winery near Milton-Freewater. 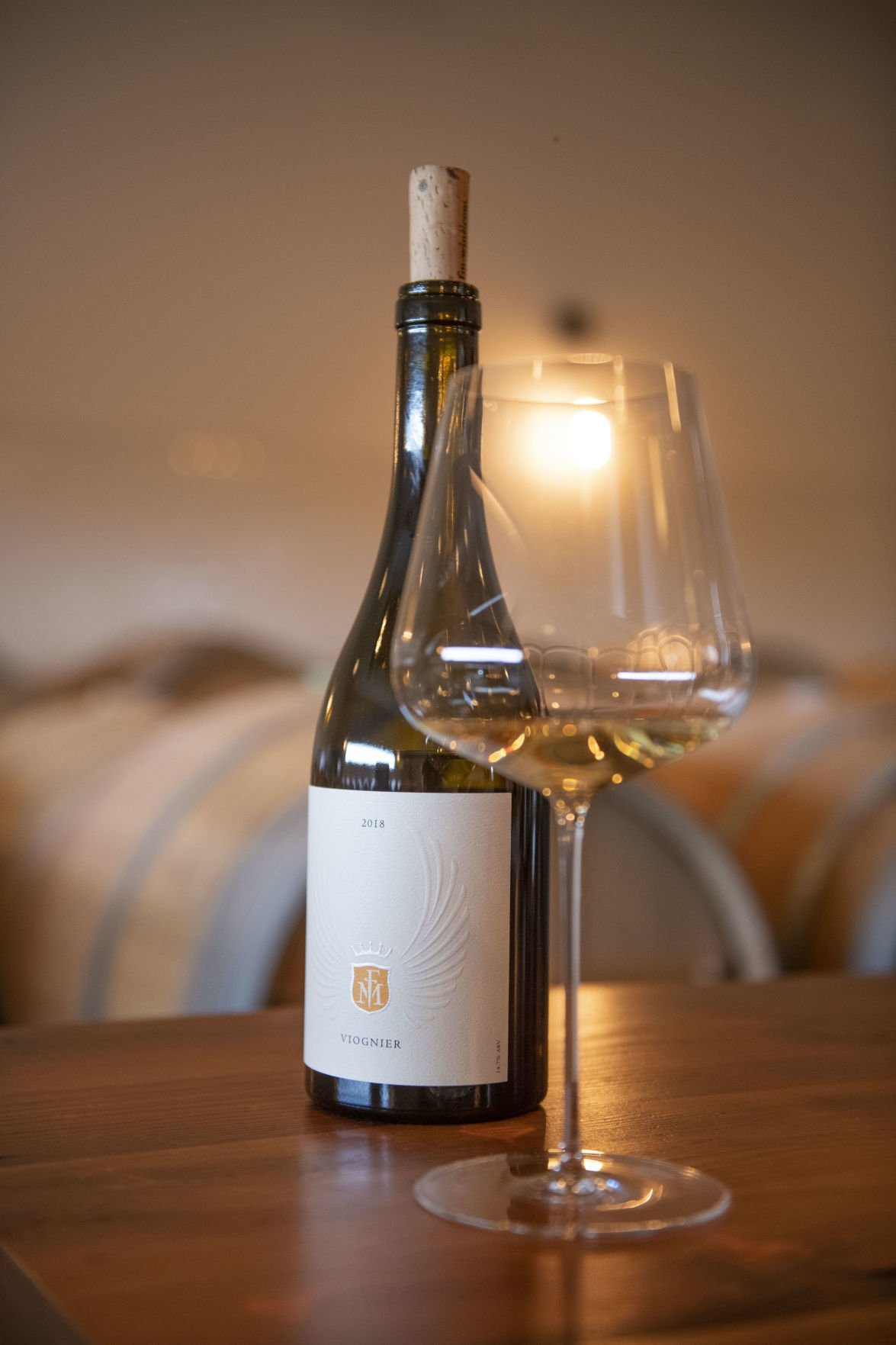 A 2018 Voignier from Force Majeure Winery. 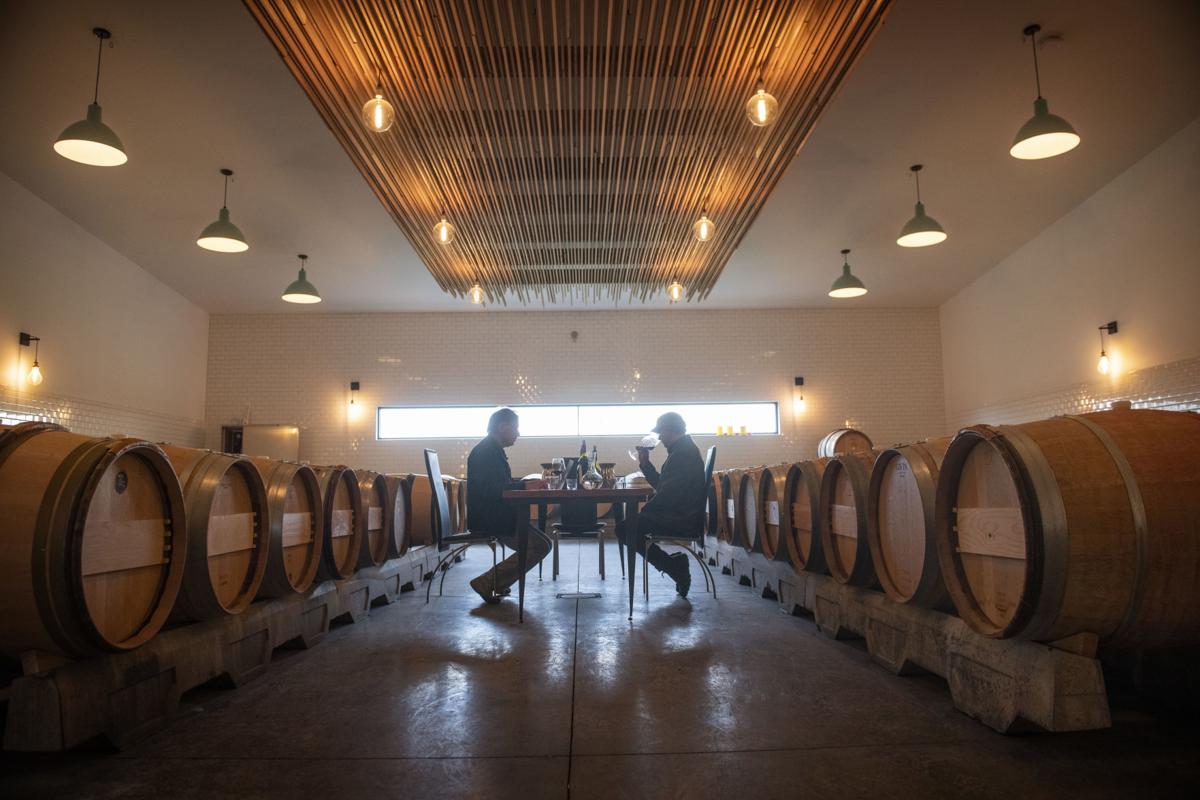 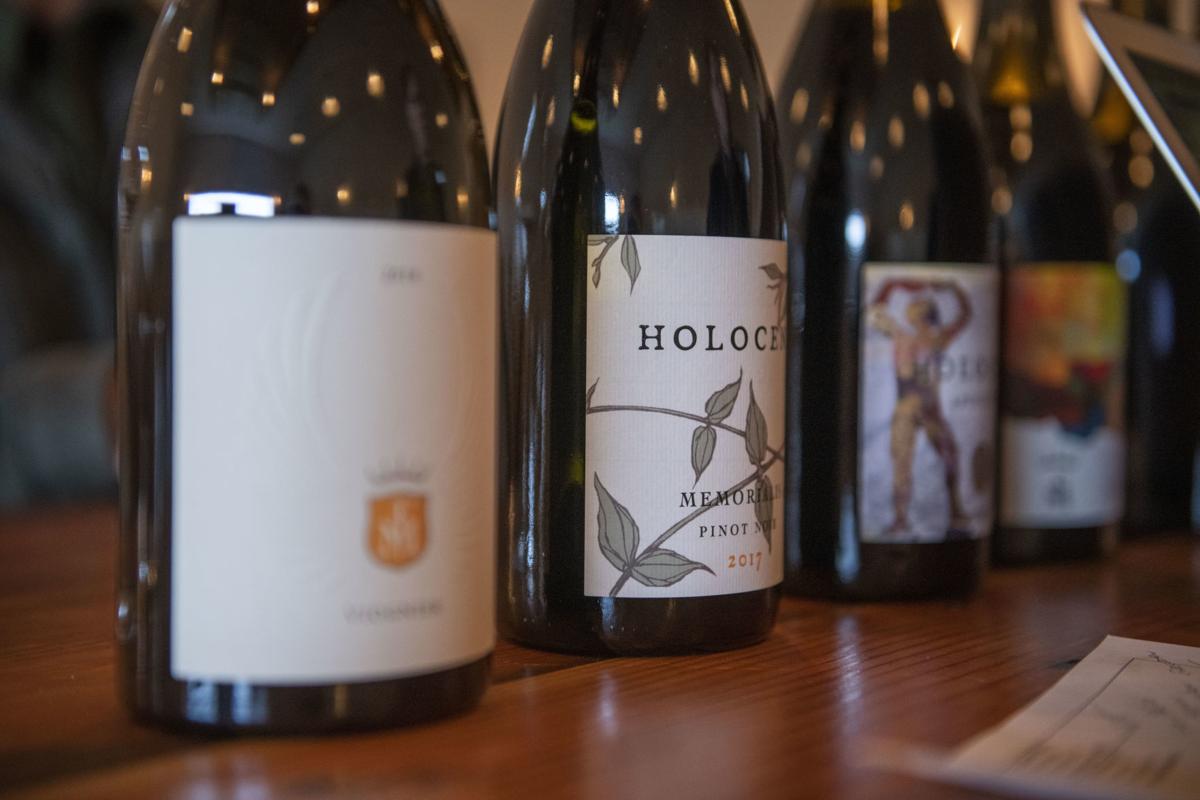 A lineup of Force Majeure wines including a 2017 Pinot Noir. 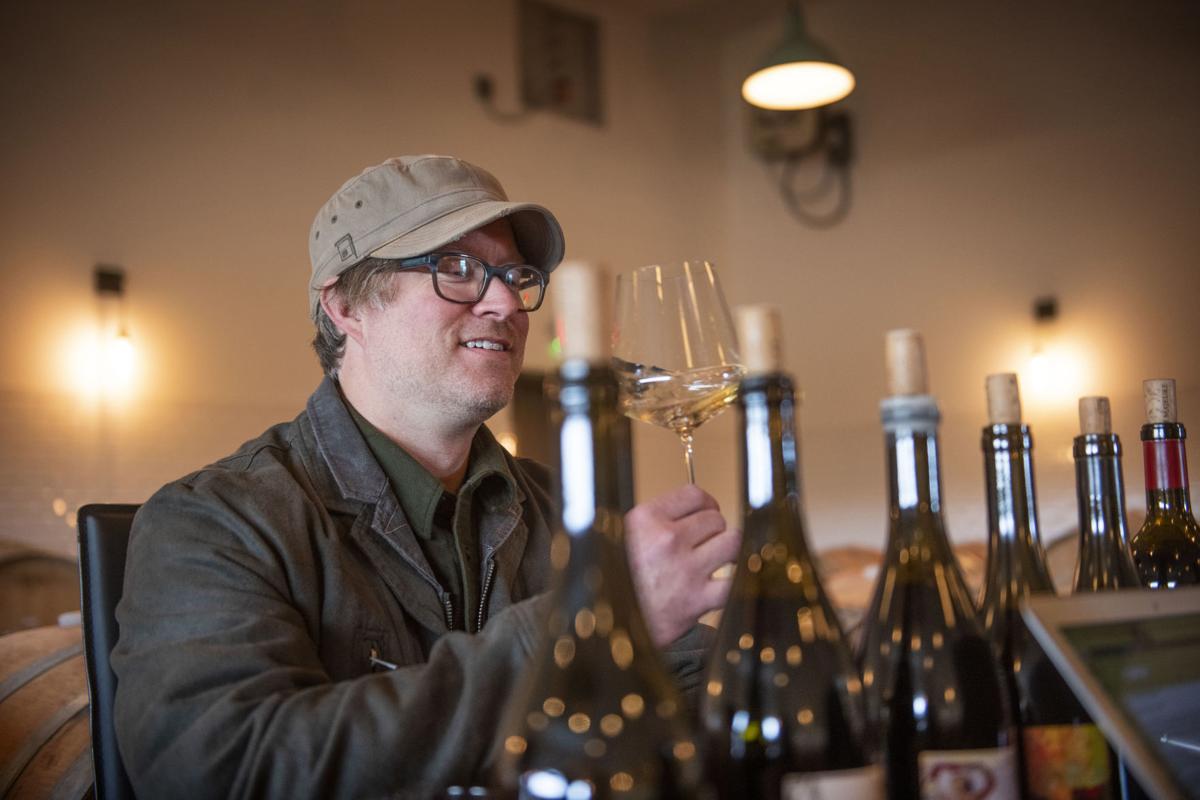 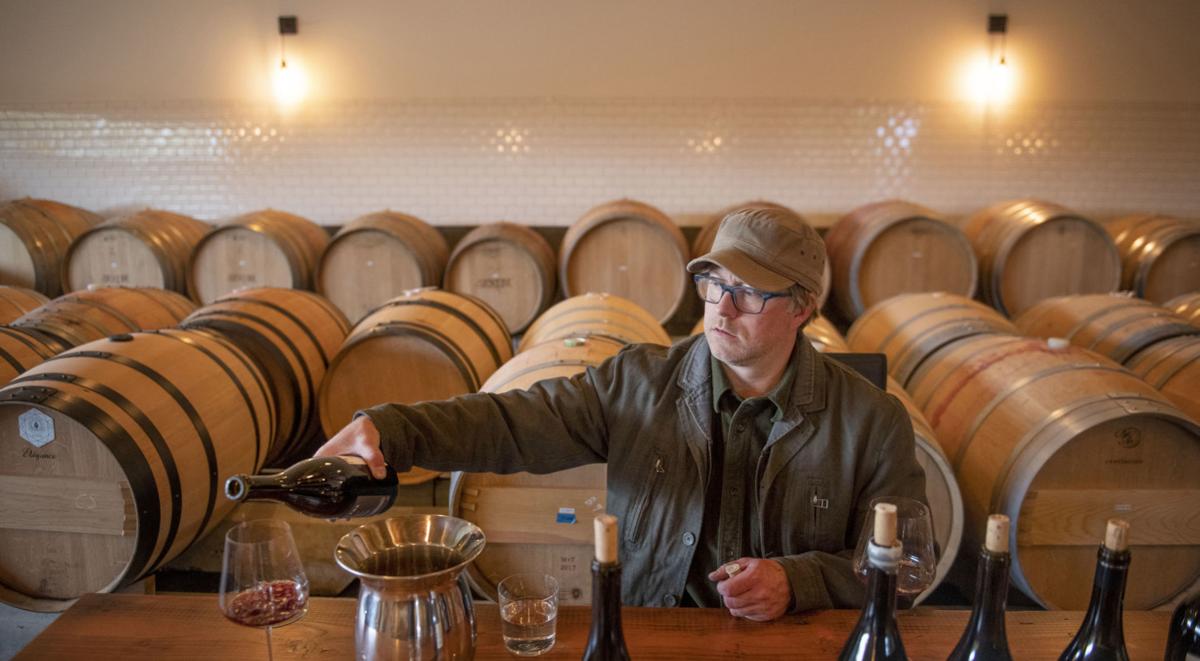 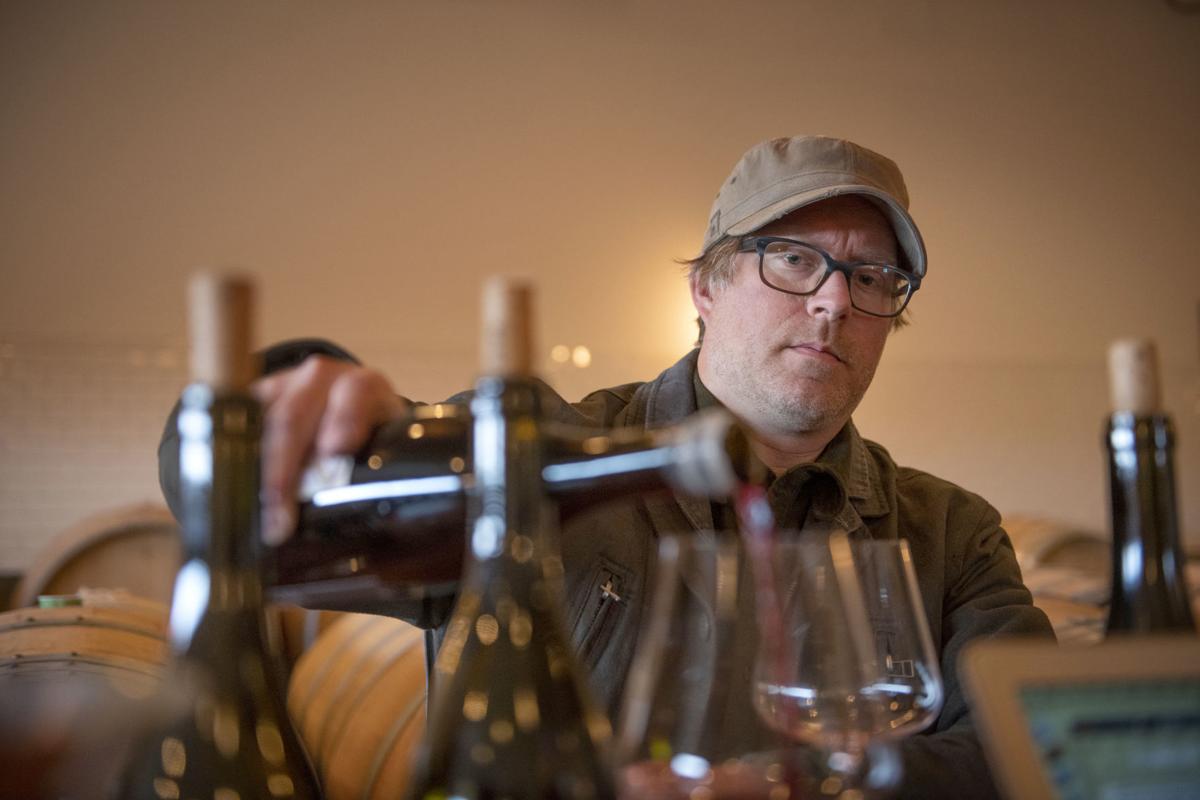 The Force Majeurre Winery near Milton-Freewater.

A 2018 Voignier from Force Majeure Winery.

A lineup of Force Majeure wines including a 2017 Pinot Noir.

One of Walla Walla’s newest wineries brings with it a veteran wine-making team with a rich mix of experience and a penchant for experimentation. It’s a sign of growth and a maturing industry that it is capable of attracting excellent talent from outside the region.

Here’s the scoop ... Force Majeure, which was founded in 2004 under the name Grand Rêve Vintners, has moved from Woodinville to a property that formerly was home to the Pleasant View School, a few miles west of Milton-Freewater.

The school’s former gymnasium now holds rows of fermentation vessels, including an impressive number of large concrete “eggs.” Adjacent is a barrel room, where wines from the previous vintage, which was made in a rented facility in Walla Walla, are resting. The old school is nearby and slated to become a tasting room once renovation is complete.

From its first releases a decade ago, the winery caught the attention of critics and customers with its ambitious portfolio of Bordeaux- and Rhône-style wines from Red Mountain’s prestigious Ciel du Cheval vineyard. Each of these Collaboration Series wines was made by a different “guest” winemaker. The program concluded with the 2013 vintage, but some of those wines are still available on the winery website.

The high-elevation estate vineyard, planted on Red Mountain above Col Solare, may have paved the way for this move to the Rocks District in the Milton-Freewater area. It was located on almost soil-free, rock-strewn, hardscrabble land.

In the fall of 2010, just as the first estate-grown Mourvèdre vines were ready to be picked, thieves stole the entire crop under cover of night. But still more trouble was ahead. In 2011 a trademark scuffle forced a name change just as the young winery was beginning to establish name recognition.

Then in June of 2014 founding partner Ryan Johnson left. Winery owners Paul and Susan McBride hired Todd Alexander to oversee the change to estate-grown wines that would be made at a rented Woodinville warehouse. Alexander had been honing his skills in the Napa valley, where he worked at the cult-caliber Bryant Family Vineyard among other high-profile estates.

As he explained to me in a recent visit to the new winery, he’d met Mike Macmorran and Mark McNeilly (from Collaboration Series contributor Mark Ryan Winery) in France the previous summer. “We hit it off, had a good time, and my wife Carrie and I had been talking about what’s next after Napa. I wanted go elsewhere to apply what I’d learned.” Force Majeure was the right place at the right time.

Fast forward to 2018 when long-simmering plans came to fruition with the purchase of the school property and a small vineyard nearby, previously owned by Otis Kenyon. It seems oddly apropos that the 10-acre site, originally planted in the late-1990s, is partly in and partly out of the official Rocks District American Viticulture Area.

“It finally feels like things are starting to settle,” Todd said with a grin. “We have so much opportunity here. In California everything is so expensive that you have to plant what’s going to make money, which is Cabernet Sauvignon. That tamps down creativity. It’s not like the old days where you could experiment.”

As it stands today, the Force Majeure team also includes vineyard manager Damon Lalonde, who recently did similar work for Corliss Estates and Charles Smith; and consulting enologist Helen Keplinger, another Napa veteran with a resume that includes three years in the Priorat region of Spain. Those Priorat wines inspire such Force Majeure releases as the 2017 Parvata, a stunningly powerful red principally composed of Syrah, Grenache and Mourvèdre.

It’s this combination of two estate vineyards in world-class red wine American Viticulture Areas (and a third in the planning stages), experienced consultants from both within and outside the Valley, a winemaker with energy and creativity, and owners with vision and a proven ability to overcome obstacles that together make Force Majeure such an aptly-named and powerful addition to the local industry.

At the moment, the winery is open by appointment only. A tour and tasting costs $30 per person (online reservations can be made at forcemajeurevineyards.com/wp/visit/). The wines are principally sold by mailing list, which remains open to new members with no minimum purchase required.

A Todd Alexander side project is Holocene. Sourcing grapes from a Yamhill-Carlton vineyard, the 2017 Holocene Memorialis Pinot Noir ($54) is a ripe, earthy wine. Its lush aromatics roll from spicy cranberry into rich strawberry, blueberry and red plum, along with details of baking spices and composted earth.

A companion wine, the 2017 Holocene Apocrypha Pinot Noir ($54) gets its fruit from Antiquum Farm. This is a spicy, sleek wine with a strong mineral component. The fruit is ripe, dense and precise, conjuring up brambly raspberry, blackberry and a bit of sandstone.