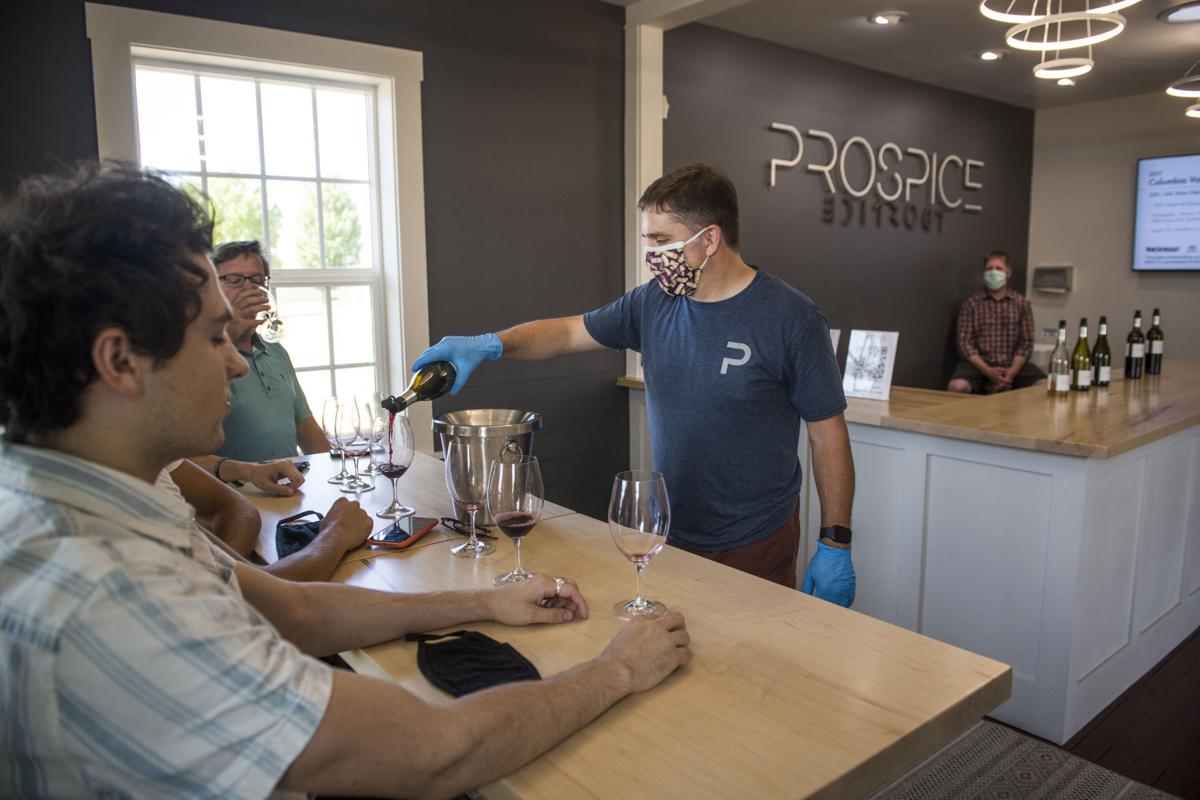 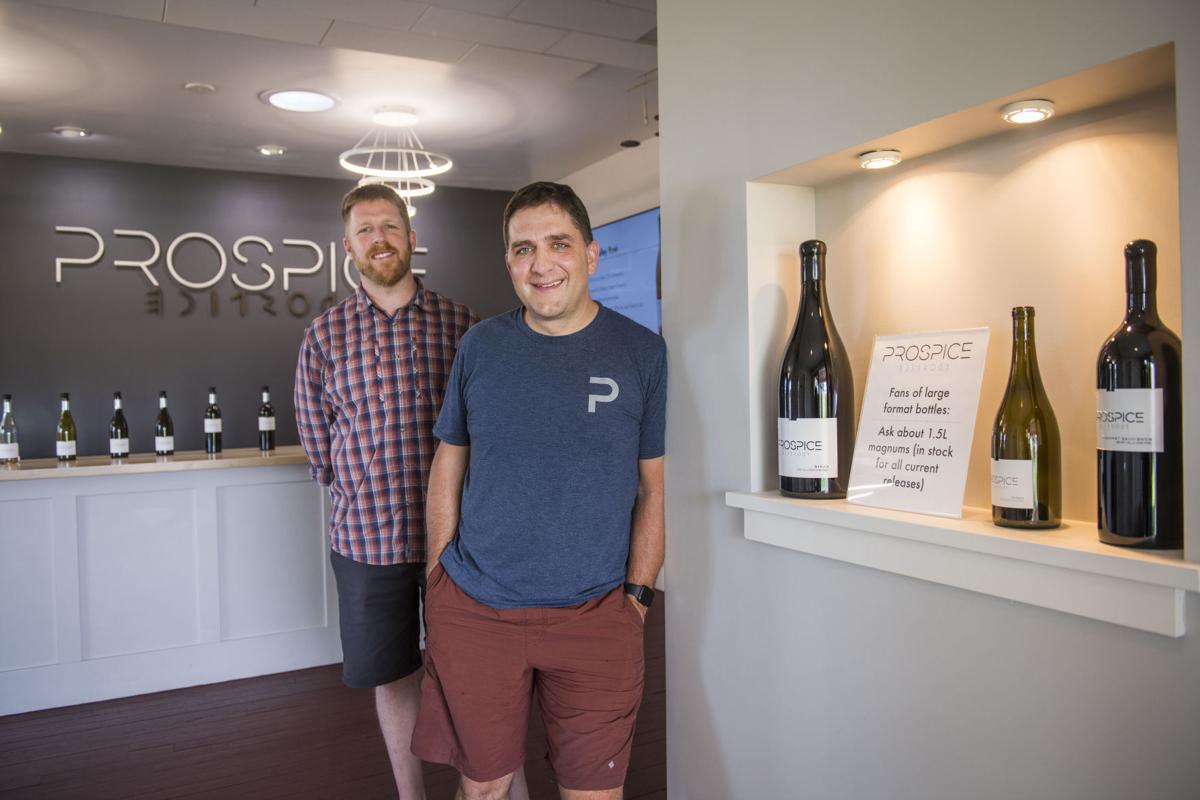 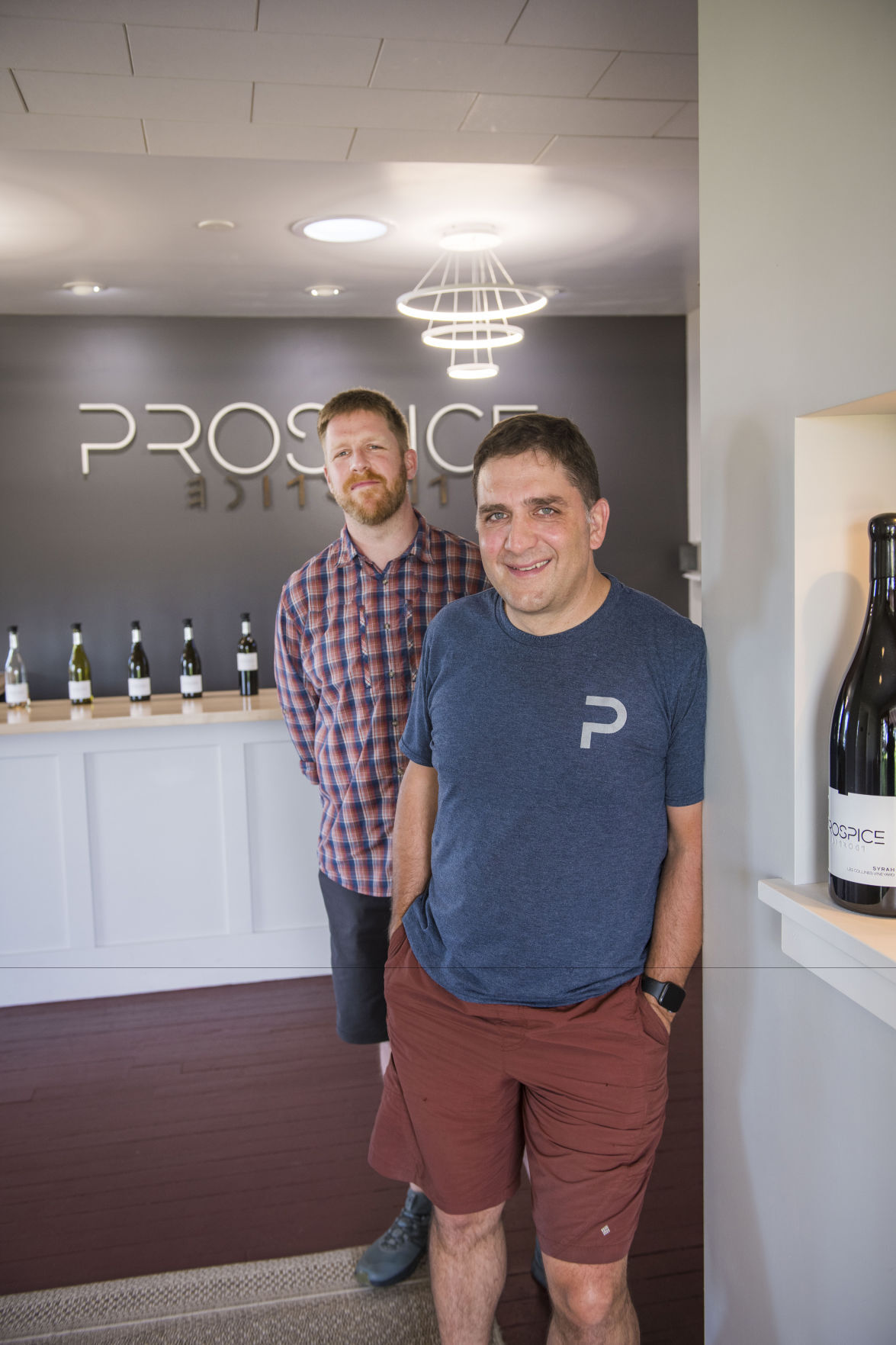 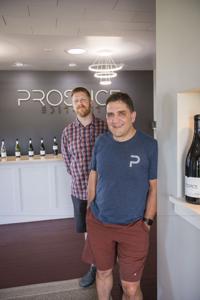 “Respice, adspice, prospice” is an old Latin phrase for “Look back, look to the present, look to the future.”

The latter applies to Prospice Wines founders and winemakers Jay Krutulis and Matt Reilly as they continually look to the future using their professional pasts and their presentation of skills and knowledge to build their winery.

The residents and the businesses of the Walla Walla Valley could not have been prepared for the dramatic interruption due to the novel coronavirus pandemic. The team at Prospice Wines was about as prepared as possible. Looking to the future, and responding to COVID-19, they were one of the first tasting rooms to close before Gov. Jay Inslee issued the first stay-at-home order.

One weekend in early March, as the virus began to spread around the nation, and especially in the state of Washington, the Prospice Wines tasting room was drawing in exceptional crowds. It was then Krutulis and Reilly looked at each other and of the same mind said, “This just doesn’t feel safe.”

Looking back long before that weekend, Reilly grew up in Louisville, Kentucky making it an easy choice to attend the University of Kentucky’s College of Design in the School of Architecture.

While in school, Reilly went on a backpacking trip to Wyoming and a second trip to Washington near Mount Rainier. The satisfying result of these trips inspired Reilly to find his first professional job “out west.”

He eventually began his career as an intern architect with NAC Architecture in Spokane. While in Spokane, Reilly had an opportunity to participate in harvest activities at Barrister Winery, sparking a desire to dive into Washington’s wine industry.

Krutulis grew up in Indiana about an hour and a half away from Reilly. His first job out of law school was for Alston & Bird, LLP in their Washington, D.C. office.

In 2005, Krutulis moved across the country to Seattle to work in the Amazon legal department while watching the growth of e-commerce during his five years there. Later he hung out his own legal “shingle” and accomplished another seven years of legal practice.

While living in the Seattle area Jay fell in love with the wines of Washington because of his connection to the neighboring wine community of Woodinville.

Both men followed their wine calling which led them to Walla Walla. They both graduated from the enology and viticulture program at Walla Walla Community College.

After graduation, Reilly worked at Mark Ryan Winery and as cellarmaster at Gramercy Cellars. Krutulis joined the winemaking team at Tranche and Corliss Estates as the cellarmaster for Tranche.

Two of Prospice’s stand out varieties are viognier and cabernet franc. Both Jay and Matt are inspired by the white wines of the Rhône region of France, so Washington’s viognier was the perfect grape to produce. The vibrant, fruity white wine has proven to be enjoyed on its own and also pairs well with foods from cheese, seafood, grilled chicken, to spicy and Asian flavors.

Prospice Wines doubled production of viognier from 2018-2019, and expect to increase it again during the 2020 harvest.

As far as red wines, cabernet franc is gratifying to work with for this winemaking duo because of the wide range from the lean and racy Chinons of the Loire Valley of France to the rich and opulent style of Napa Valley. They intend to maintain a focus on this bold, savory, and distinctive red wine that pairs well with grilled vegetables and meats.

The lifestyle change from the big city to the small town of Walla Walla has been euphoric for Krutulis and Reilly and they are here to stay.

Krutulis’ wife Christy (Lindquist) is no stranger to the area as a graduate and tennis player at Whitman College, class of 1992. She is now on the board of directors for the W Club — a group of alumni, parents, and friends dedicated to helping the school’s athletics programs. Krutulis has been active on the board and even on the stage of The Little Theater of Walla Walla. The couple also enjoy the wealth of outdoor opportunities and the bucolic lifestyle of the Walla Walla Valley.

The adjustment for Reilly and his wife Sarah was easy and smooth. Along with their two daughters, ages 2 and 5, they frequently walk or ride bicycles around the Whitman College campus and spectate athletic events when available. They also enjoy the u-pick berry operations of the Valley and overall the quality of food and hospitality businesses in the community.

Prospice is the creation of two friends with a shared vision for wines and winemaking. Each changed course from a prior professional career, and was drawn to winemaking by the impulse to craft an artisanal product. Their careers from the past provided a service, whether it was with architecture customers or legal clients, and the basic tenets of those services also apply to their tasting room guests.

The satisfaction for these two friends is looking at the present and future, and, especially after the pandemic, watching a guest’s face light up after a sip of the wines of Prospice.