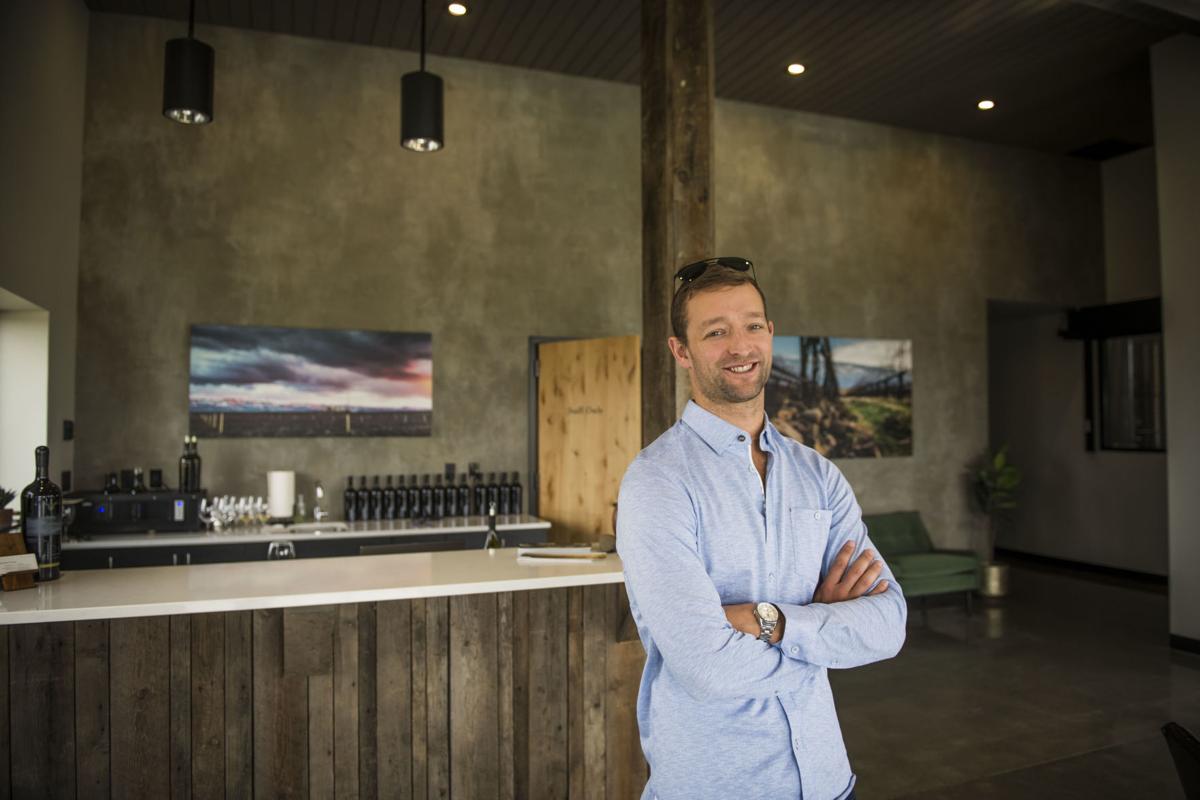 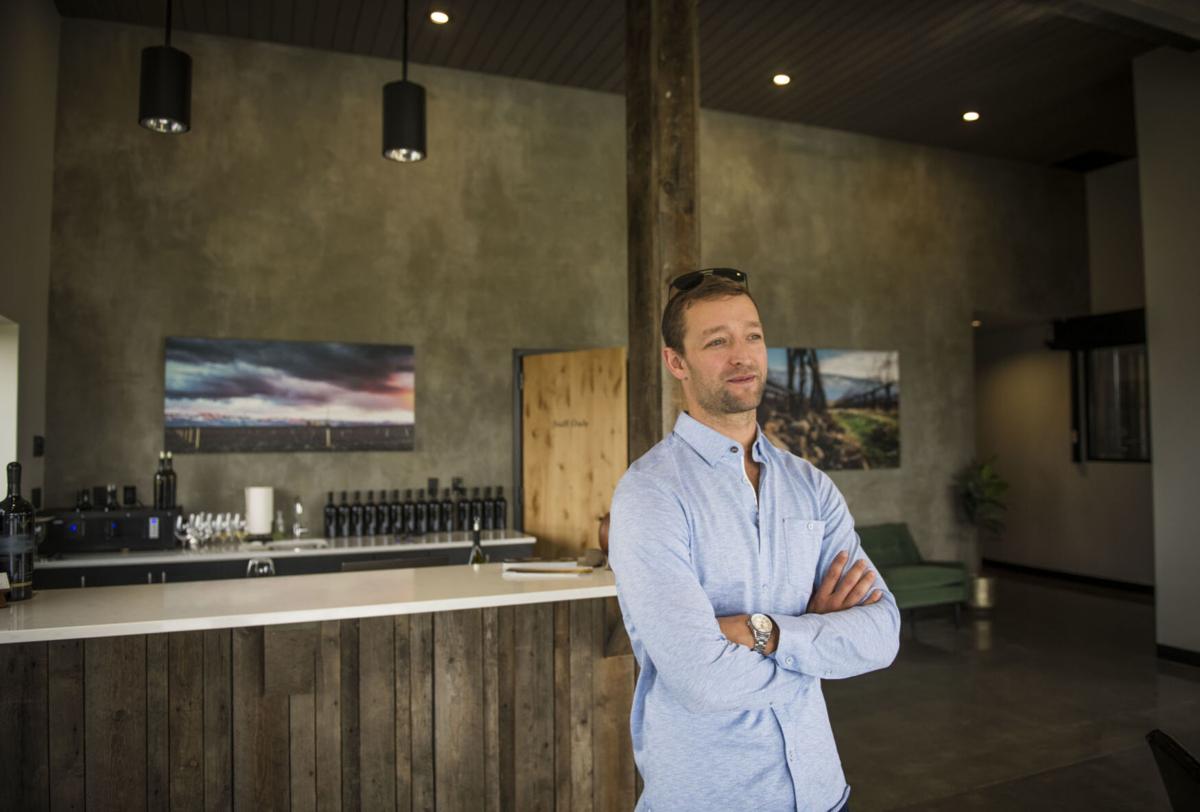 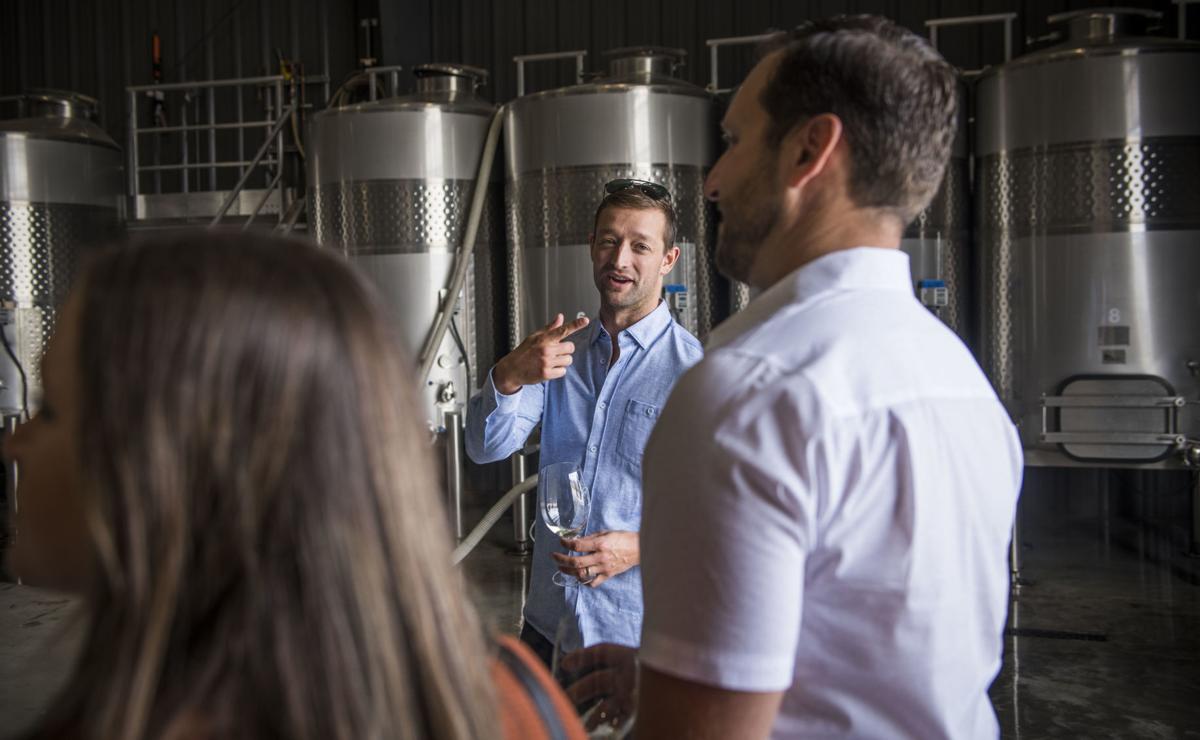 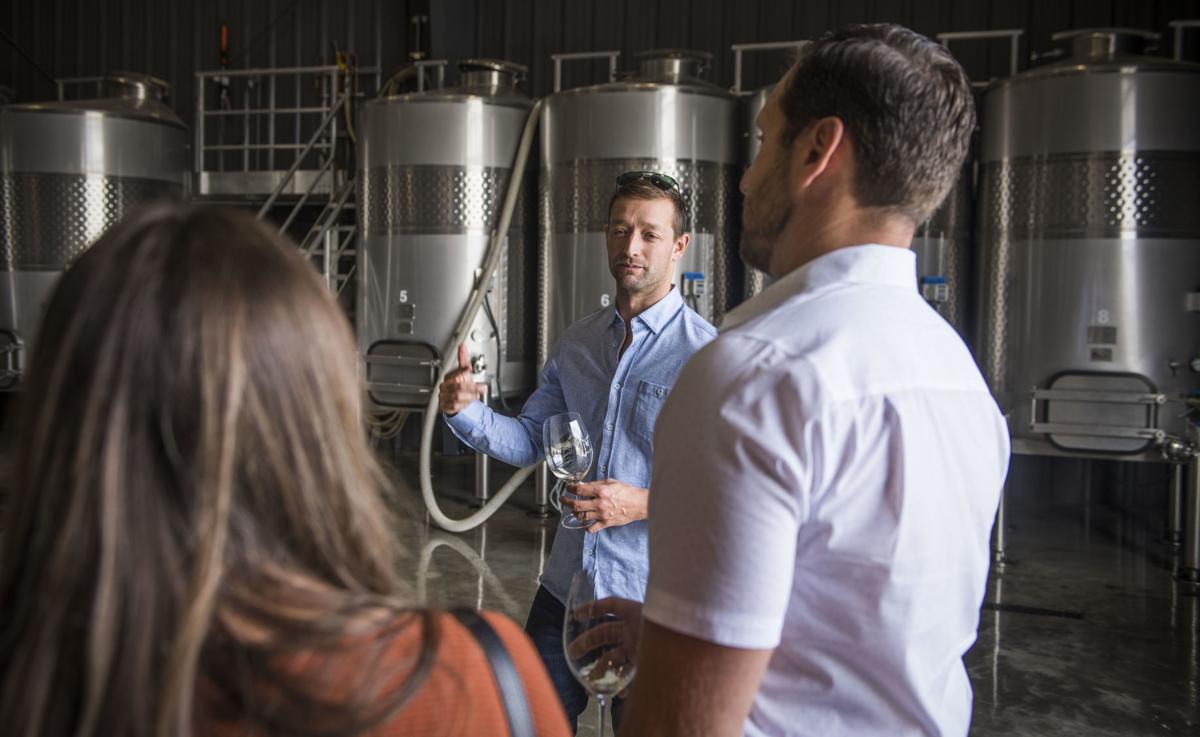 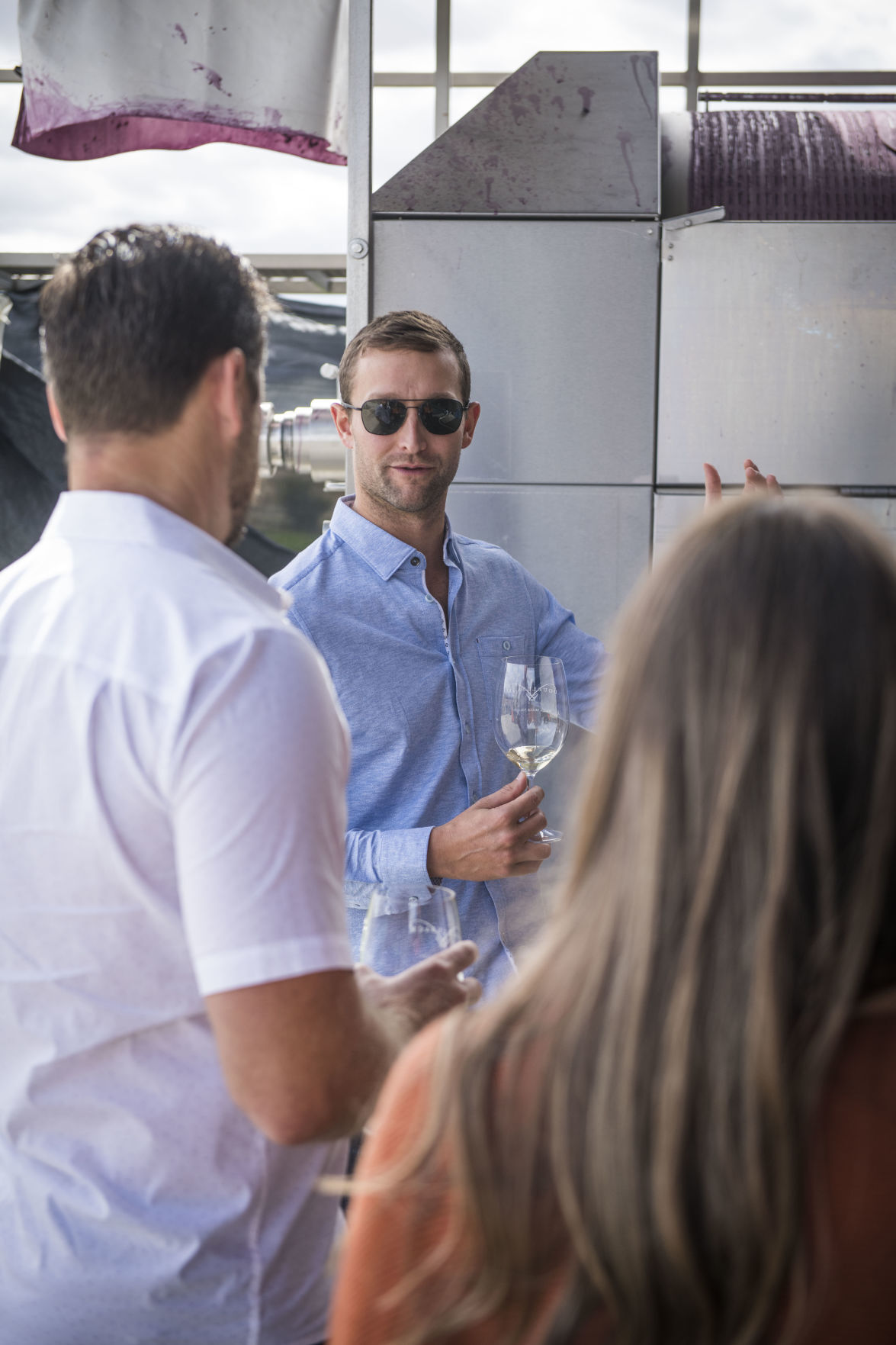 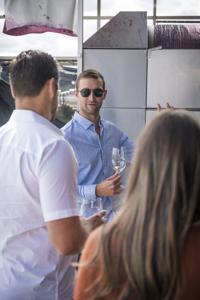 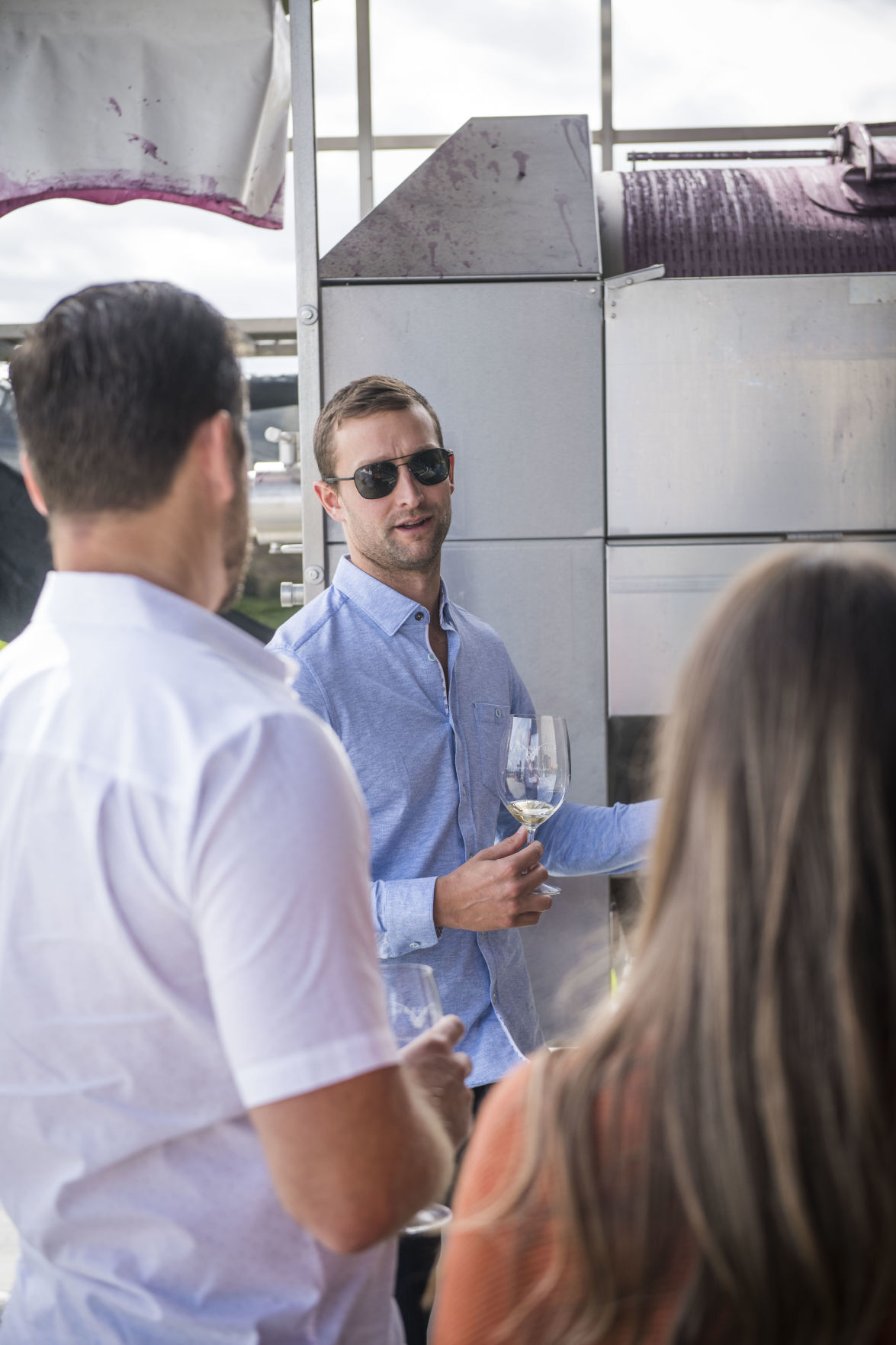 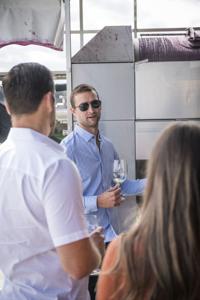 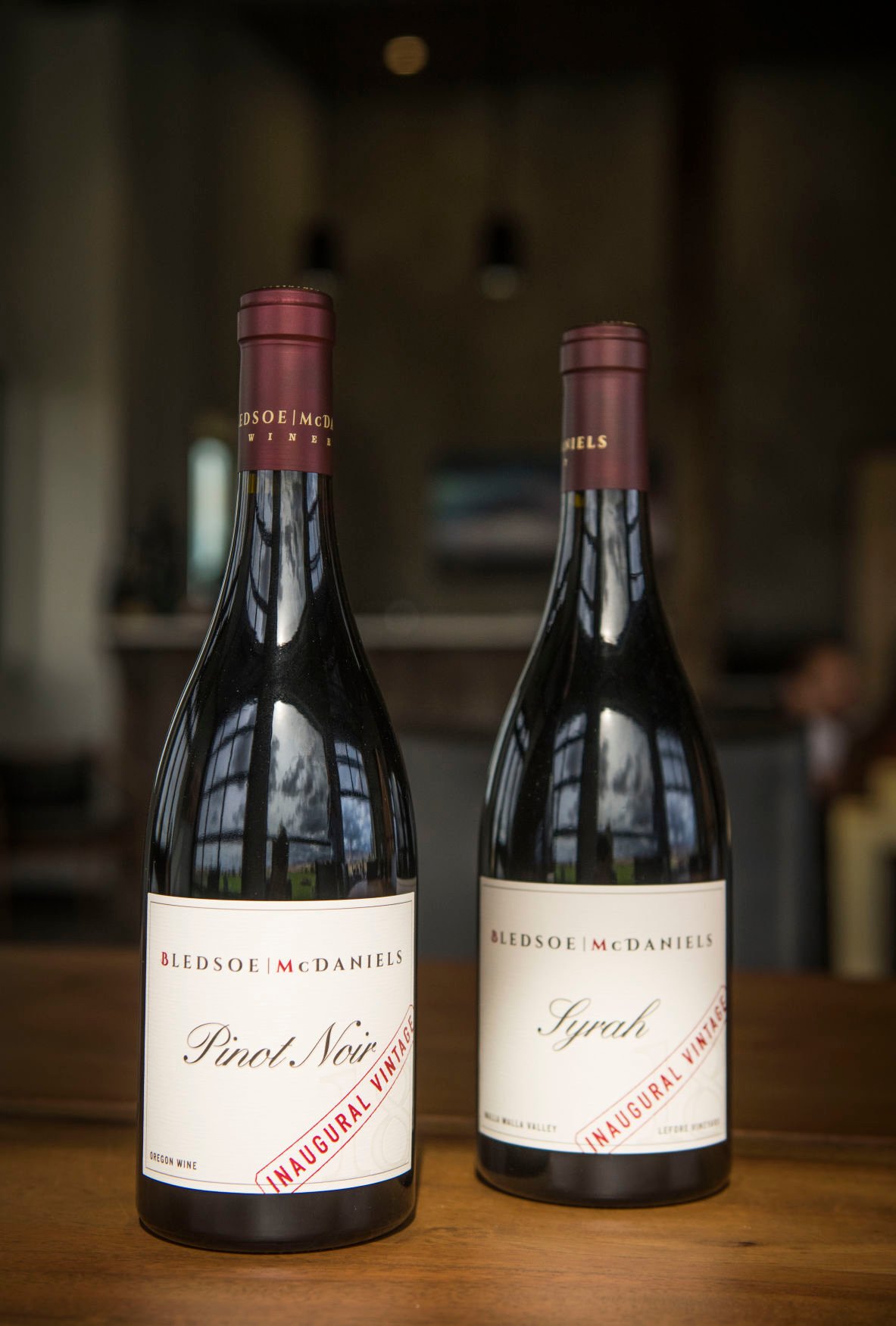 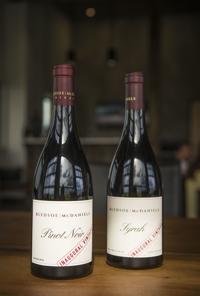 Inaugural vintages of pinot noir and syrah by Bledsoe | McDaniels at Doubleback. 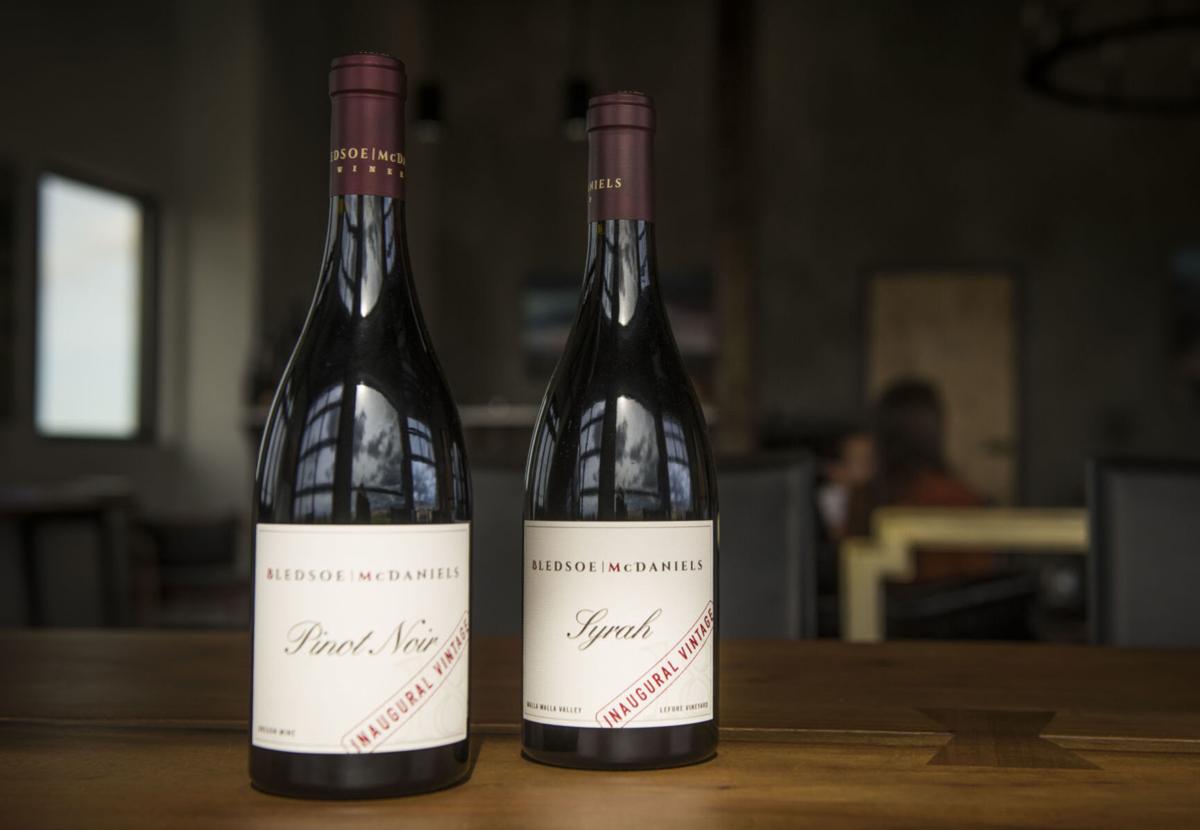 Inaugural vintages of pinot Noir and syrah by Bledsoe | McDaniels at Doubleback.

Inaugural vintages of pinot noir and syrah by Bledsoe | McDaniels at Doubleback.

Inaugural vintages of pinot Noir and syrah by Bledsoe | McDaniels at Doubleback.

In recent years the trickle of wine projects headed by celebrities has become a flood.

Stars of sports, movies and music are adding wine and booze to their portfolios. In many instances, their participation is in name only. But here in Walla Walla, one of the first celebrity wineries in the world remains one of the most authentic.

Founded in 2007, Drew and Maura Bledsoe’s Doubleback winery was the star quarterback’s “retirement” project following 14 years in the NFL, primarily at the helm of the New England Patriots — we Seattle Seahawks fans will forgive him for that.

Estate-focused from the start, Doubleback’s goal was to produce world-class cabernet sauvignon. There are just two — the original cabernet and an estate reserve.

But the portfolio overall has grown and expanded, acquiring prime vineyards, constructing a barn-style tasting room and winery south of town, and opening sister project Bledsoe Family Winery, along with a Main Street tasting room. The changes mean that consumers may now choose from a far more complete and adventurous portfolio.

Perhaps Bledsoe’s most impactful decision to date was the hiring of Josh McDaniels as president and director of winemaking.

McDaniels, who trained for a decade under Chris Figgins, was recently honored by Wine Enthusiast magazine as one of a group of “40 Under 40 Tastemakers” — all wine industry influencers, and now has his name on a new project, Bledsoe | McDaniels.

The goal, as the website notes, is to produce “site-specific Willamette Valley Pinot Noir and Walla Walla Valley Syrah, highlighting palpable differences of varietal and site terroir while indulging in often ignored or unseen similarities.”

Lofty as that may sound, it’s a sensible expansion to the whole Bledsoe portfolio, adding Walla Walla’s signature grape along with the most important red wine grape not produced here.

Just ahead of the fall release, I sat down with both men at the Bledsoe Family tasting room to talk a little wine, a little football and check out their latest collaboration.

Bledsoe explained that, living in Bend, Oregon he drinks a lot of Oregon pinot noir at home and had been thinking about doing a pinot project for some time.

Meanwhile, a Syrah called Stolen Horse was already being made for the Bledsoe Family wine club.

“It was Greg Harrington (of Gramercy Cellars) who first planted the seed that if Syrah is picked earlier and done more restrained it actually has more subtlety and nuance, more in common with pinot noir,” Bledsoe said.

“We didn’t know anyone doing single vineyard Walla Walla Syrah and Willamette Valley pinot under the same label. It makes sense because both varieties lend themselves to a pure expression of place and we love that.”

McDaniels was already on board, having worked with Figgins on his Oregon pinot brand called Toil.

“Even before that, my wife and I would go to the Willamette to cut loose,” he said, “and (we) became really big fans of pinot noir. The first wine for Toil was 2011 — a difficult vintage that was eye-opening for me and a great education.”

In fact, he added, “I feel that I’ve learned more about making cabernet from making pinot. Pinot shows everything. You have to be perfect in your maceration and execution. You really have to be on top of it.”

“Josh has been doing such a great job for us,” Bledsoe said. “His name’s on the back of the label, and I thought we’ve had a great partnership and wanted to expand that, and it was the right time for him to have his name on the front of the bottle.”

The fall release of the Bledsoe Family and Bledsoe | McDaniels wines is underway. A few are wine club only, but all are worth seeking out.

Full details may be found at bledsoefamilywinery.com/wines.

Here are some annotated tasting notes from our meeting:

JM: Rich, dense, driven by blue fruits but backed up with mocha and chocolate flavors.

PG: Smooth and sexy; a snug fit between merlot and cabernet.

PG: Some Leonetti grapes in here and merlot and Syrah in the blend.

JM: Sourced from opposite ends of the Valley — the Rocks District and Mill Creek. Blue and red fruits, smoked meat and a savory thread.

PG: Lively, varietal and slightly gamey with a streak of lemony citrus.

PG: A very pretty wine, bursting with sweet raspberry and cherry candy fruit. Highlights of ginger and cinnamon, with a mocha-flavored finish.