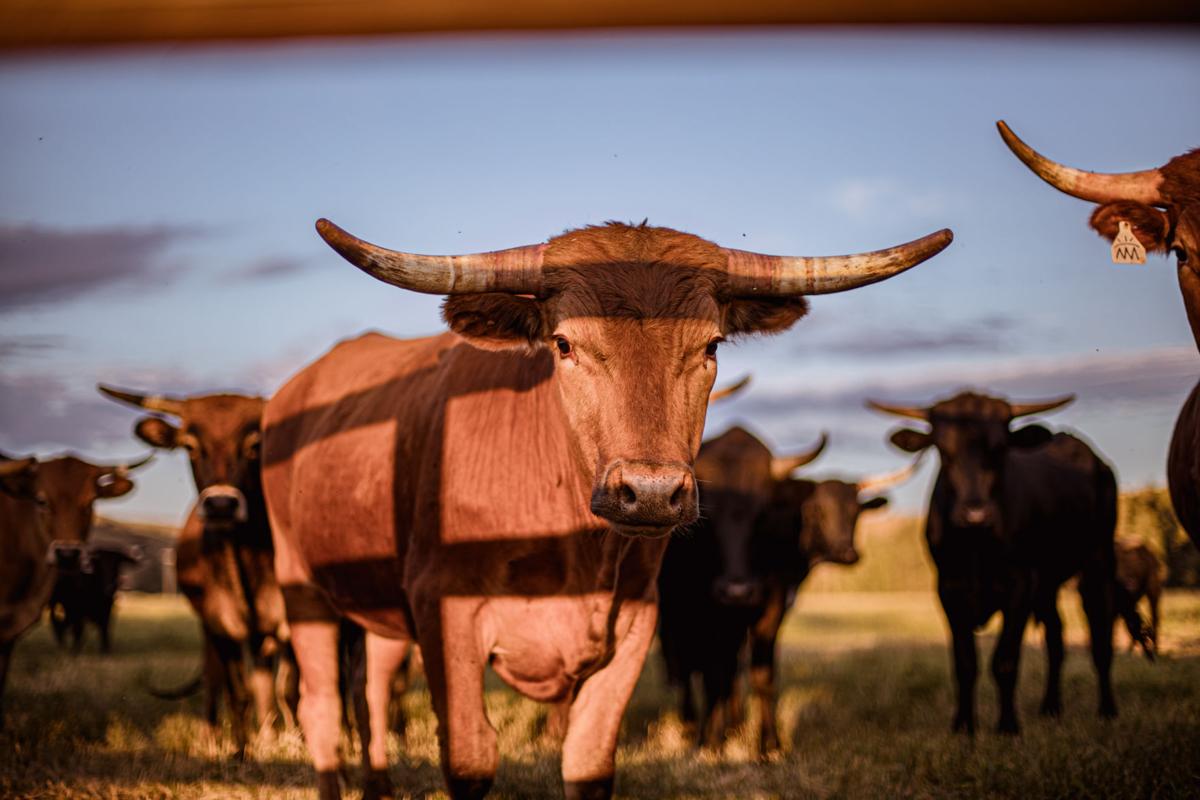 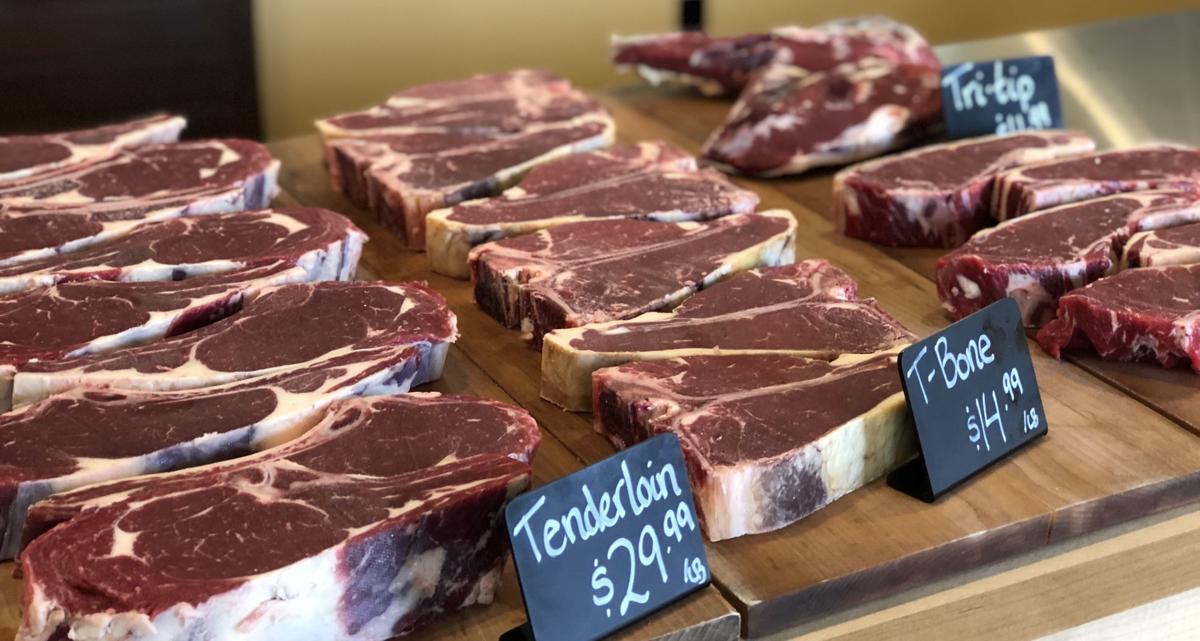 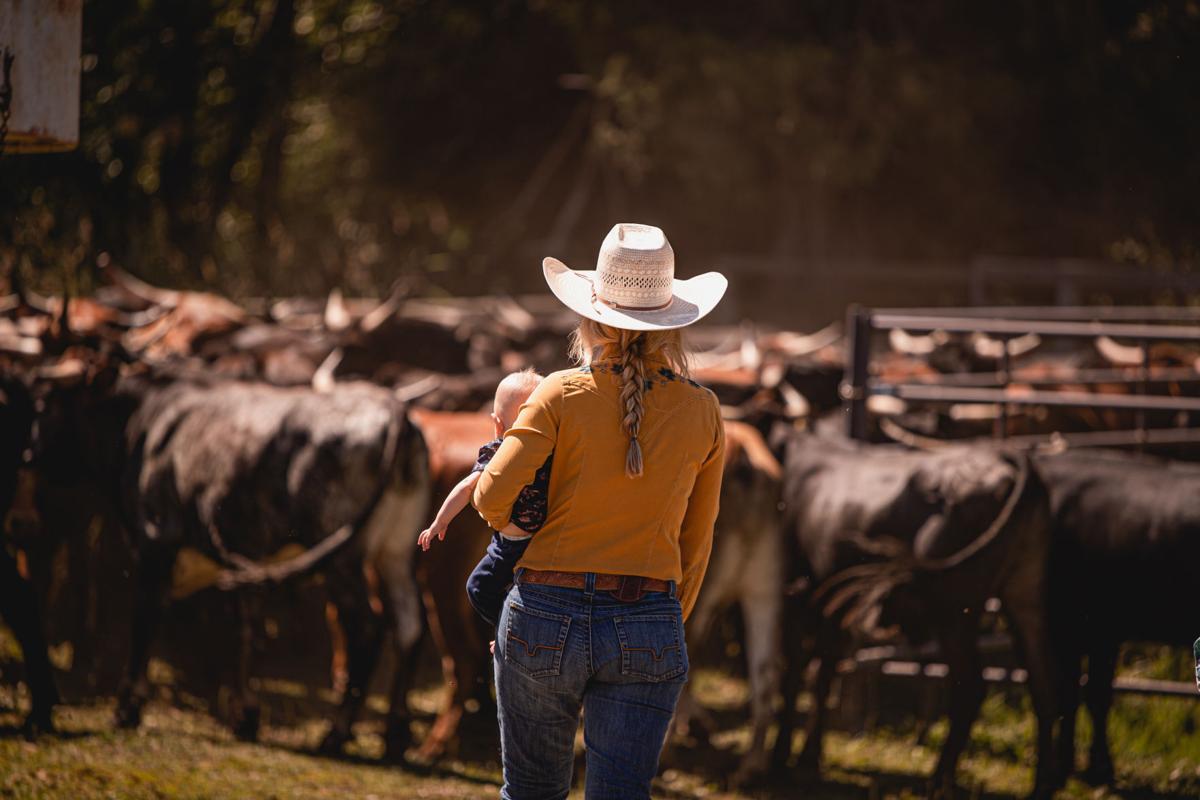 The 6 Ranch is family business, being passed on through multiple generations. Photo by McFarland Productions. 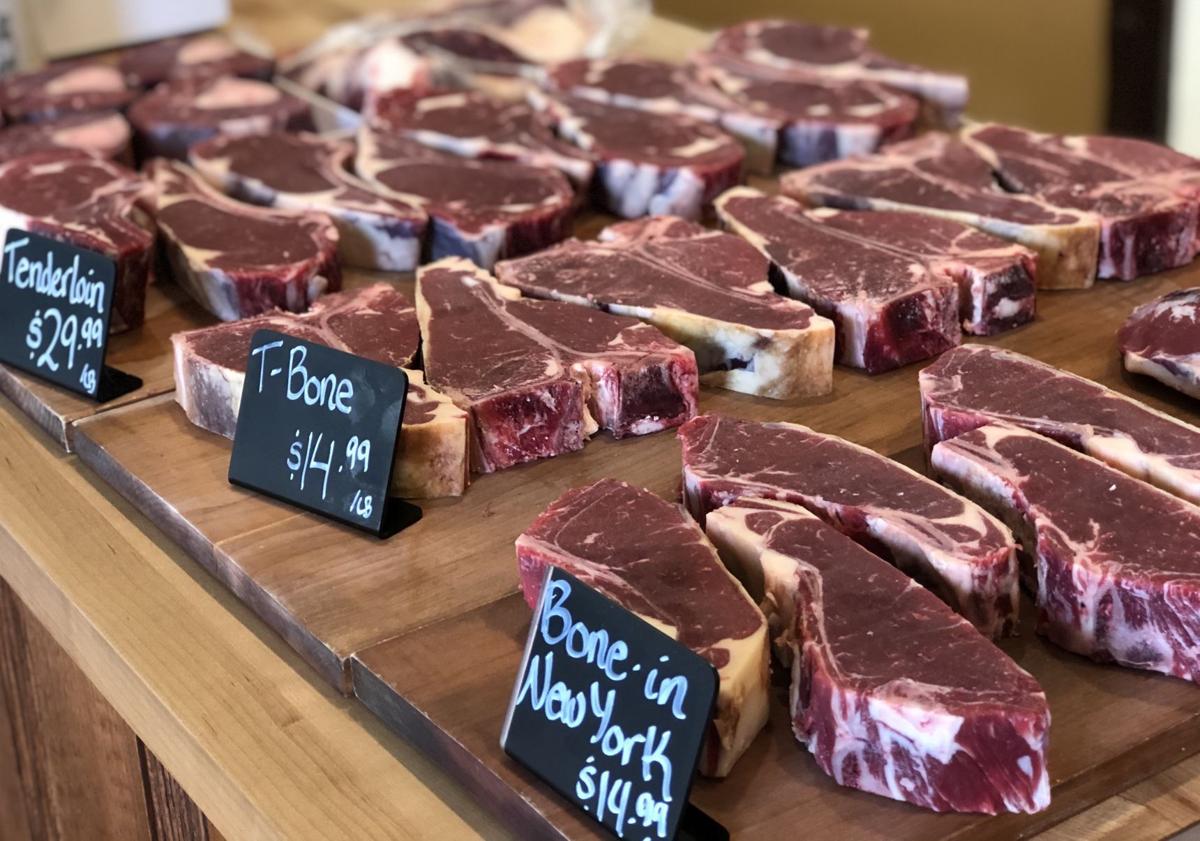 Butcher Butcher in Walla Walla gets shipments of rich and delicious 6 Ranch beef that tend to sell very quickly. Photo by Kate Frey. 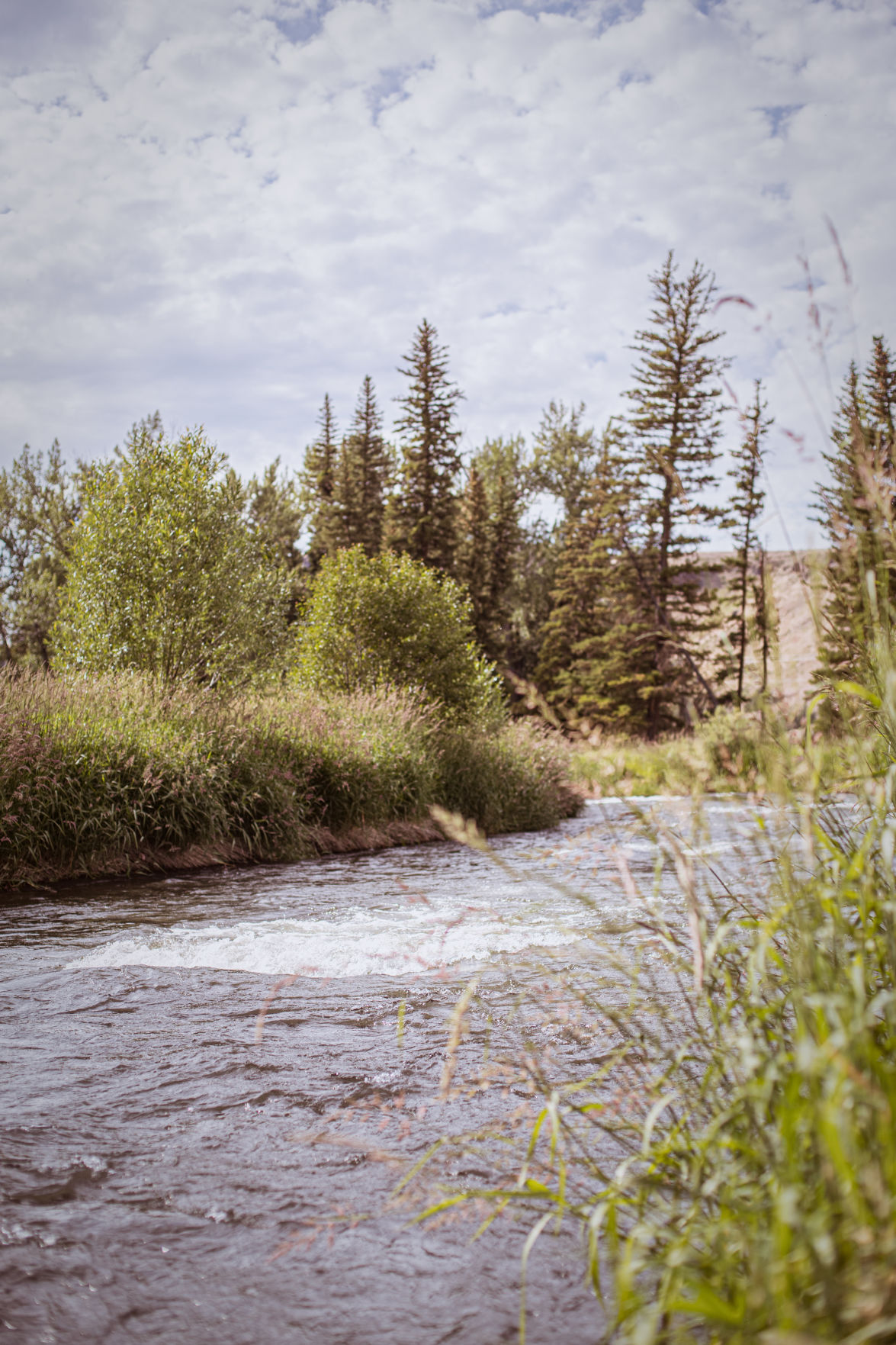 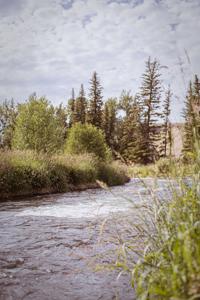 The Wallowa River winds through the 6 Ranch property. Photo by McFarland Productions. 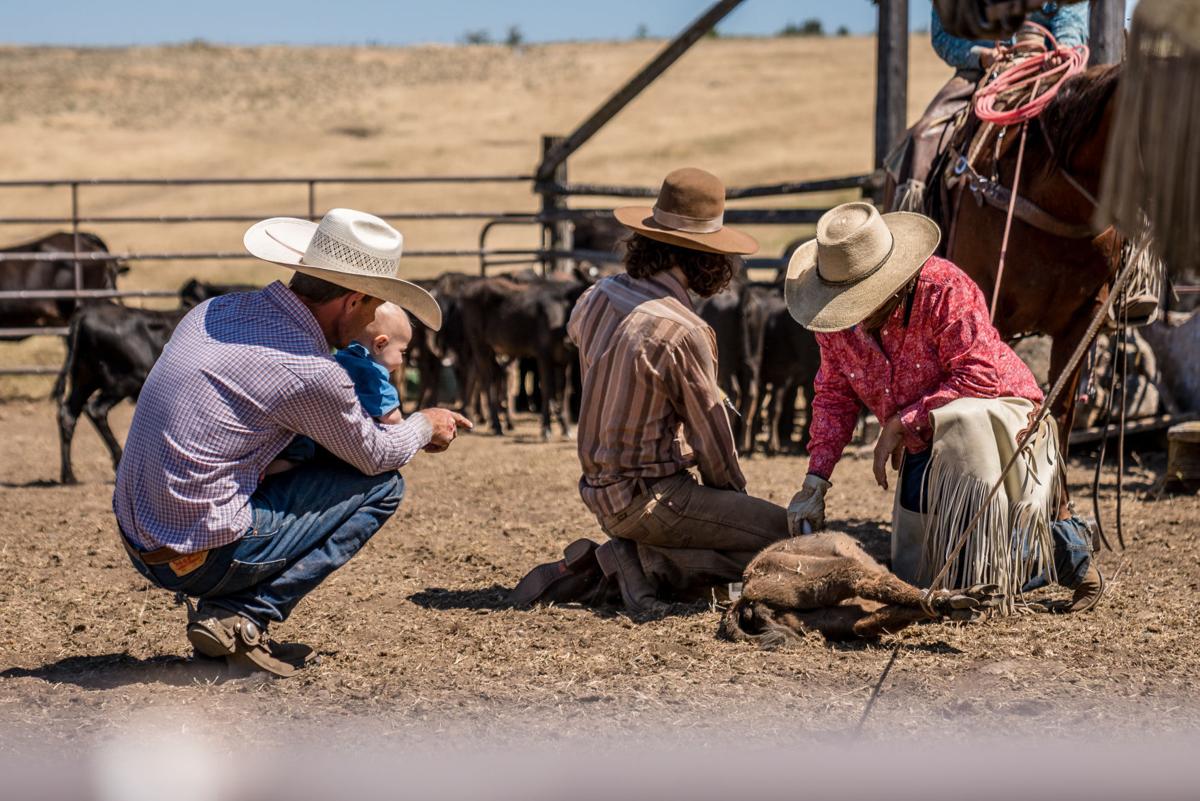 A youngster from the family watches a young Corriente calf being lassoed by some of the other ranch workers in July 2019. Photo by McFarland Productions.

The 6 Ranch is family business, being passed on through multiple generations. Photo by McFarland Productions.

Butcher Butcher in Walla Walla gets shipments of rich and delicious 6 Ranch beef that tend to sell very quickly. Photo by Kate Frey.

The Wallowa River winds through the 6 Ranch property. Photo by McFarland Productions.

A youngster from the family watches a young Corriente calf being lassoed by some of the other ranch workers in July 2019. Photo by McFarland Productions.

Owners at the 6 Ranch consider the past, present and future.

From restoring the river that runs through the more-than-century-old ranch to conserving and improving the land that sustains the families and cattle, to innovations on the family ranch and beef business, thinking in the long term is kept in mind.

Just before you get to Enterprise, Oregon, driving southeast from Walla Walla on Highway 82, you will pass through the lush green pastures of the 6 Ranch along the sparkling Wallowa River. Its fields are dotted with black Corriente cattle, easy to differentiate from standard breeds because of their horns and small size.

Liza Jane McAlister owns and operates the ranch; her great grandparents originally founded the homestead on the property in 1884. McAlister’s daughter, son and their families who work on the ranch are the fifth generation to do so.

The original farmhouse, called the Century House, still stands proudly next to the always open roadside farm stand, having witnessed 130 years pass. There are plans to convert it to a “farm stay” vacation rental. The rest of the family lives on the ranch or nearby.

McAlister’s son, James Nash, and wife Danielle, include part of their fly fishing guide business, 6ranchoutfitters.com, on the ranch. Daughter Adele and her husband, Mark, run their own herd of cattle in Wallowa County, but they pitch in at the ranch when there is work to be done.

When asked recently what the next 50 years at the ranch look like, McAlister thinks the core values of the family toward the land and the cattle will guide a sustainable path toward the future and allow it to thrive. She said they believe agriculture, conservation and recreation can occur simultaneously and beneficially on the same property. McAlister believes they can integrate these three entities on the ranch in their approach to every aspect of the business and land conservation.

The small, thrifty Corriente cattle on the ranch are part of the equation. The family used to have traditional heavy breeds, like angus, but found they wouldn’t go up into the steep hill country, preferring to stay on the flat ground near the river.

McAlister thought that Corriente cows would better utilize the terrain. Corriente cattle come from Spain. McAlister described them as different than conventional breeds — they forage more like goats, avidly eating weeds other cows may avoid, cover a lot of ground each day and prefer to be in high, dry pasture rather than on moist, riparian areas.

As the Corriente cows are 1/3 the size of regular cattle, they are much lighter and do less damage to the land and are gentle to work with. They are efficient to care for as they calve by themselves, don’t require vaccinations or worming and they thrive perfectly on grass. They are productive into their 20s.

McAlister described many cows commonly aged in the high teens and a number in their 20s still producing a calf yearly.

At about 1 year old, the steers are leased to rodeo organizations for roping and other rodeo sports. Corriente steers are often used as sport cattle as they are small, easy to work with and have horns. At about age 2-3, the steers come back to the ranch and graze for six months to a year before they are processed.

Corriente beef is lean, has about 50% of the calorie count of typical beef and is lower in cholesterol and higher in beneficial fatty acids. As the steers are more mature and grow slowly, the meat’s flavor is rich and developed. Most conventional breeds are processed at 1-1½ years of age.

McAlister noted that all their beef is traceable back to the individual animal. She emphasized that they recognize consumers hold power with their purchases and so at the ranch they strive to produce sustainably raised, healthy animals that have excellent flavor. Most commercial beef is transported far from its origin and fed components very different than the grass they were initially raised on.

The 6 Ranch markets grass-fed beef directly to Butcher Butcher in downtown Walla Walla, delivering whole steers cut and wrapped. Butcher Butcher is the only source for the 6 Ranch grass-fed Corriente beef in Washington. A number of customers come regularly to the butcher shop looking specifically for it.

The Corriente cattle have also been an effective tool the family has used to keep weeds at bay along the river on the restoration projects along 2 miles of the Wallowa River that runs through the ranch.

Formerly moved, channelized and straightened out, they — in partnership with the Bonneville Power Administration, Oregon Watershed Enhancement Board, Grande Ronde Model Watershed, Oregon Department of Fish & Wildlife and U.S. Department of Fish & Wildlife — moved the river back to a meandering channel where it can spread out during high water to hydrate and fertilize the land and riparian vegetation and help sustain groundwater levels.

Many native trees and willows were replanted along the banks. The cattle are grazed for one day in small plots to suppress invasive canary reed grass that threatens to overtake willows and other plantings.

Or you can stop by Butcher Butcher to try out some delicious, healthy Corriente grass-fed beef.