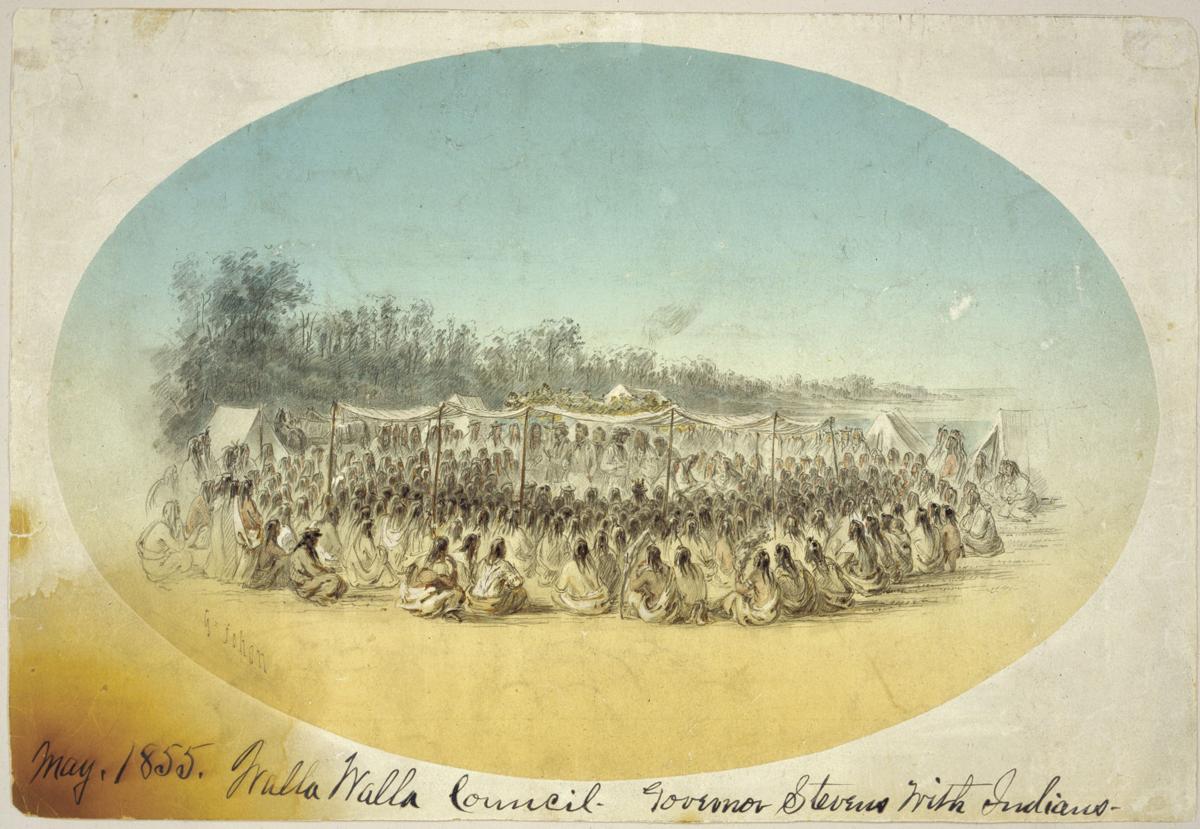 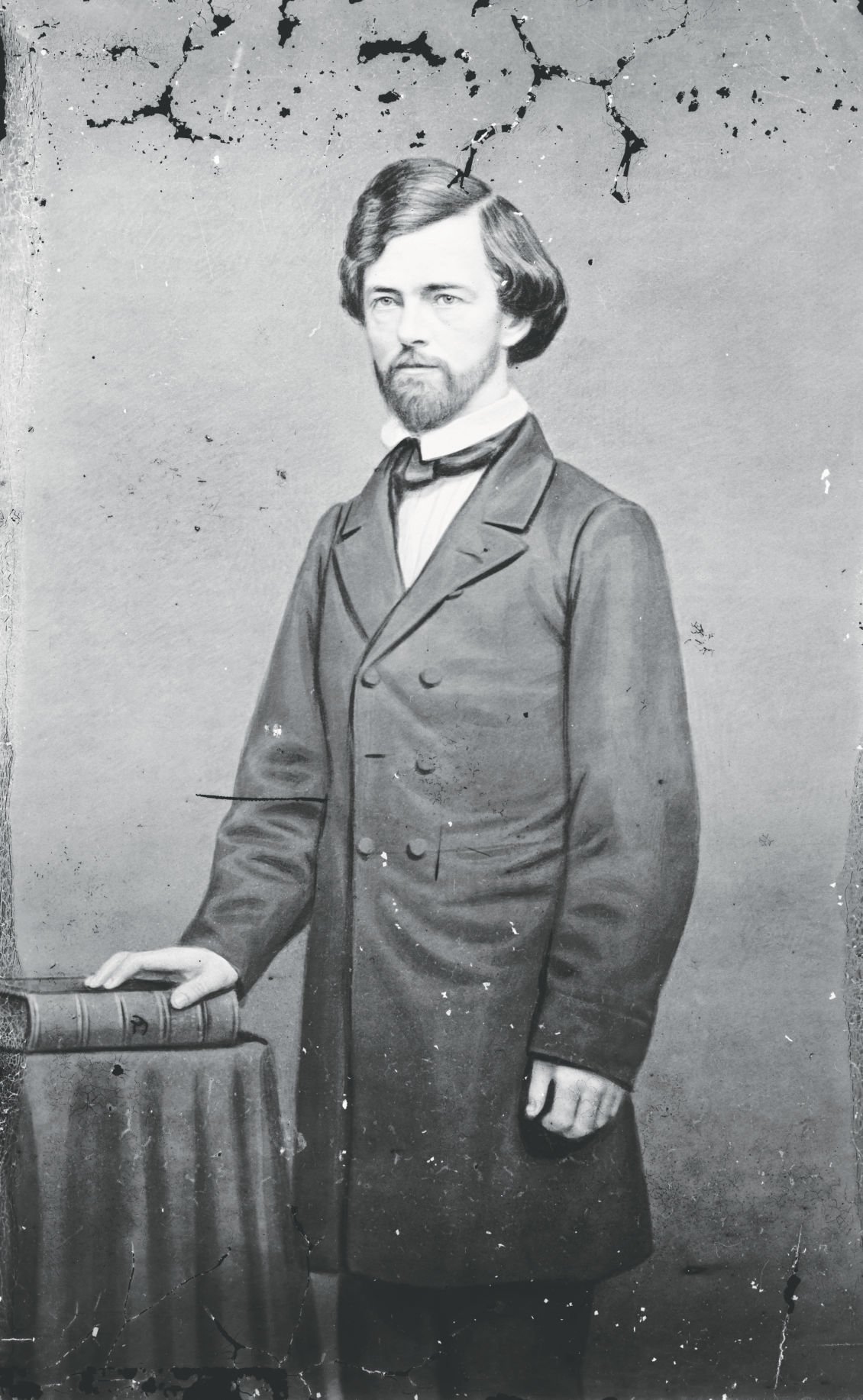 Territorial Governor Isaac J. Stevens instigated the Walla Walla Treaty of 1855, but his intention was to remove the tribes from the Valley.

Territorial Governor Isaac J. Stevens instigated the Walla Walla Treaty of 1855, but his intention was to remove the tribes from the Valley.

The 1847 attack on missionaries and others at Waiilatpu happened against a complex backdrop of expansionism and agitation — both internal and external — and was the catalyst for several years of war that culminated in the Walla Walla Treaty of 1855. This treaty was the death knell for Indian culture as it had existed for millennia and paved the way for massive waves of westering American immigrants.

In 1846, Great Britain signed the Oregon Treaty which ceded to the United States all claim to territory south of the 49th parallel. That same year, the Mexican-American war broke out over territorial disputes in the south, intensifying clashes between slavery and anti-slavery factions within the United States. Since Northerners dreaded the expansion of Southern interests in a possible land-grab of former Mexican territory, they desired to extend their own influence into already-established territories in the north and pressed for westward development.

Further, the Oregon Territory as a single entity had become unwieldy due to its size and geographical divisions. During this time, settlers north of the Columbia River were becoming increasingly dissatisfied, unhappy with the distance between them and the Oregon territorial capital at Salem. Their demands for a territory of their own added to the tensions in the region. (The Territory of Washington was established in 1853.) In the meantime, the U.S. Army was establishing outposts along the Oregon Trail to protect settlers, increasing the military presence in the area.

Although the outbreak of measles among the Cayuse was the immediate cause for the violence against the Whitmans, it was only one factor in the increasingly hostile climate. The Indians were aware of what had been happening to the east, where the United States government had already displaced thousands of Indians, destroyed their economies and made treaties it had failed to honor.

They had also been watching the steady encroachment of white settlers along the Oregon Trail and were horrified to see millions of acres of their ancestral homeland taken from them and desecrated by division and individual ownership – a concept completely counter to their own traditional, sacred relationship to the land.

The killings at the Whitman Mission alone would no doubt have brought retribution from the United States government, but there was an additional factor that spurred an immediate response. The Cayuse took dozens of hostages from the mission after the murders, many of them women and children. Held for a month, the captives were finally exchanged for a variety of goods in an agreement brokered by a representative of the Hudson’s Bay Company.

The American public was outraged, and in order to rescue the hostages, the Oregon Provisional Government had quickly raised a substantial volunteer militia, which was later augmented by U.S. Army troops. Since the release of the hostages had been secured by the time it arrived on the scene, the militia turned its attention to tracking down the perpetrators of the massacre. Several years were spent in bloody skirmishes, until five Cayuse braves were surrendered by the Cayuse in 1850. Claiming their innocence until the end, the braves were nonetheless executed, effectively ending the Cayuse war.

1850 also saw the creation of the Donation Land Claim Act. This promoted homesteading in the Oregon Territory by allowing settlers to claim up to 640 acres per couple. In the five years between 1850 and 1855, when the Act expired, more than 7,000 parcels of land were distributed.

Washington’s first territorial governor, Isaac Stevens, was appointed in 1853, and he also served as superintendent of Indian affairs for the territory. One of Steven’s most important tasks was drawing up treaties that would allow the United States to purchase land from the Indians and relegate the Indians to

In 1855, a treaty council was called by Governor Stevens and Oregon superintendent of Indian affairs, Joel Palmer. Thousands of Indians from the Cayuse, Umatilla, Walla Walla, Yakama, Nez Perce and Palouse tribes attended, most of them wishing to voice their positions, rather than

to surrender their lands.

The U.S. government’s strategy was to convince the Indians that it was in their best interests to cede their lands by pointing out the obvious — namely, that white settlers were moving in “like grasshoppers on the Plains” — and promising that a peaceful agreement would allow the Indians to choose their own reservation lands. The Indians did not easily capitulate, and in fact, several groups refused to sign the agreements at all.

In the end, after a week of difficult negotiations, the United States received over 6.4 million acres for which the Indians were paid $200,000 and forced onto three reservations.

Behind the Scenes: Angela and her silver wand transform winter in Walla Walla

Behind the Lenz: Freezing time through your camera lens despite winter's challenges