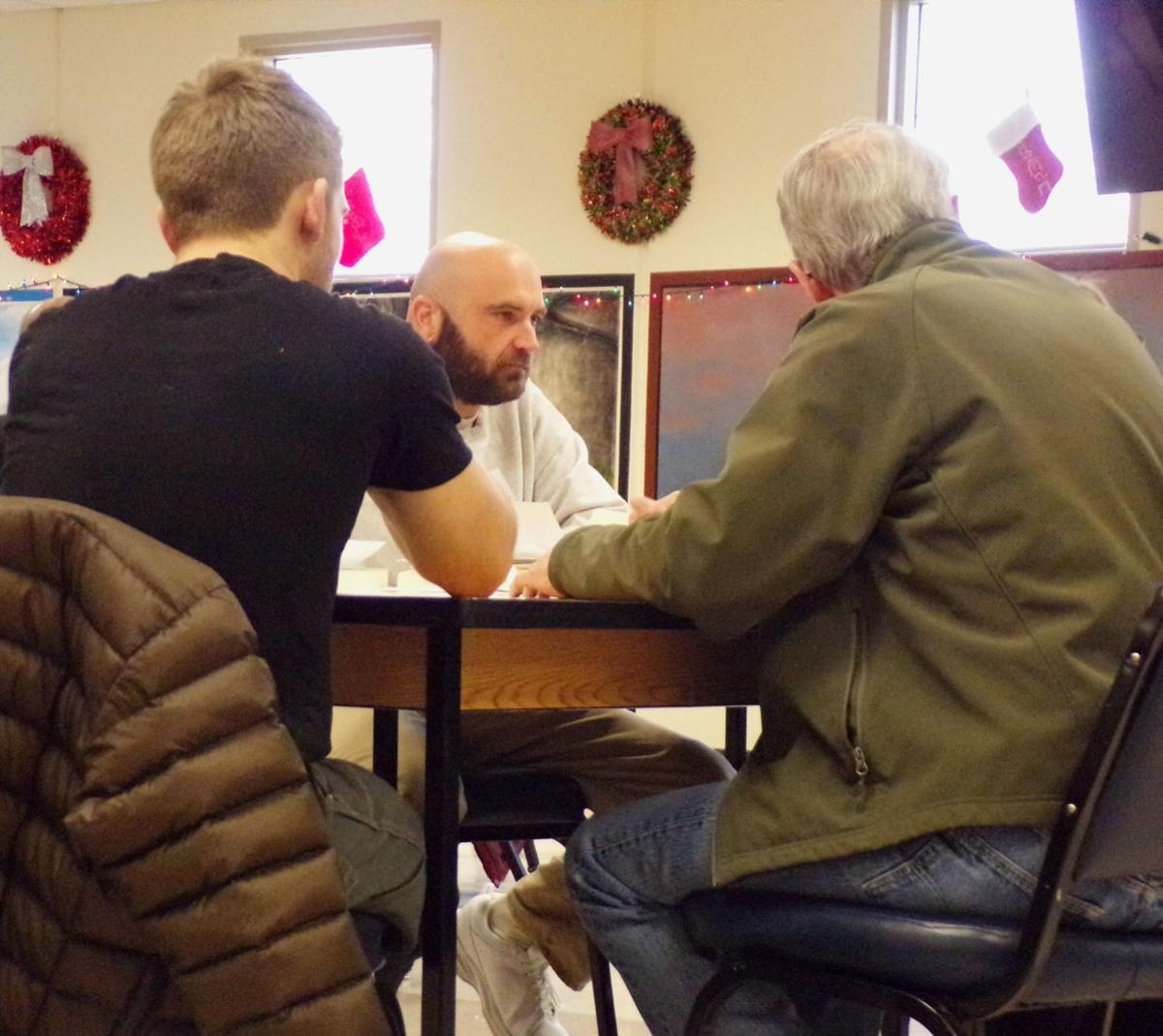 A group of readers engage in a fruitful discussion. 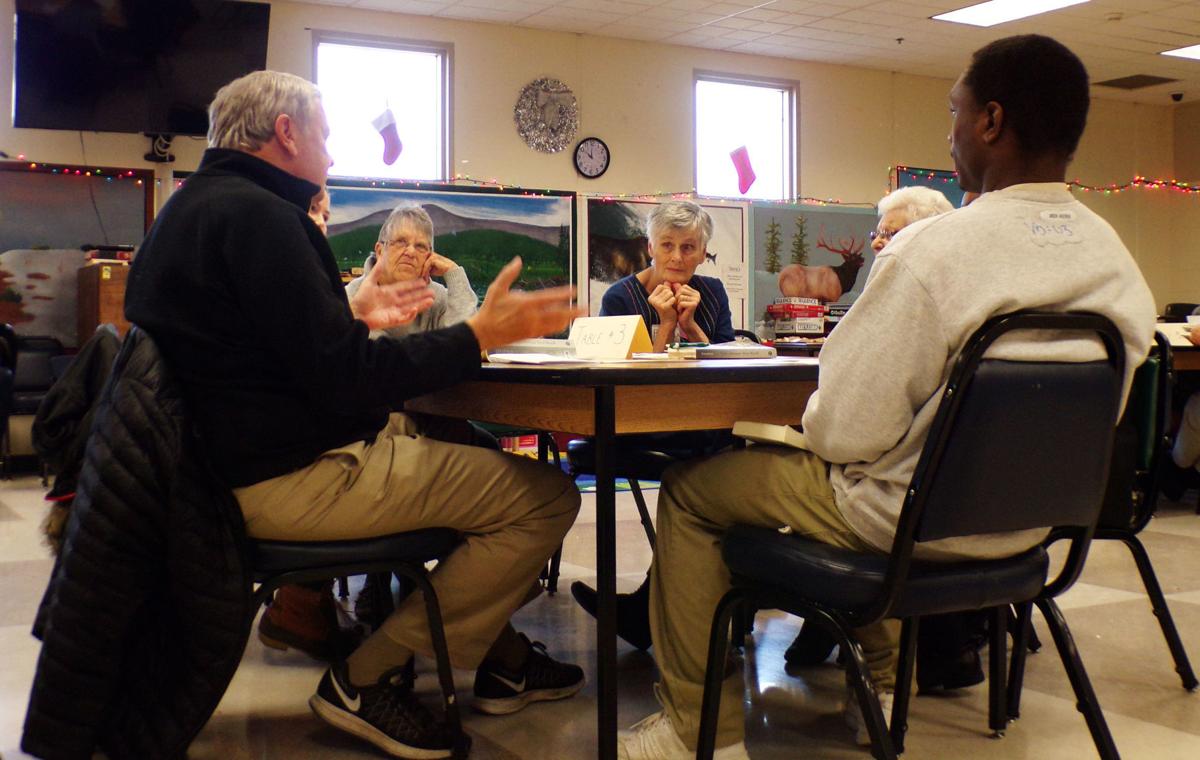 Readers begin a lively conversation about their reading material. 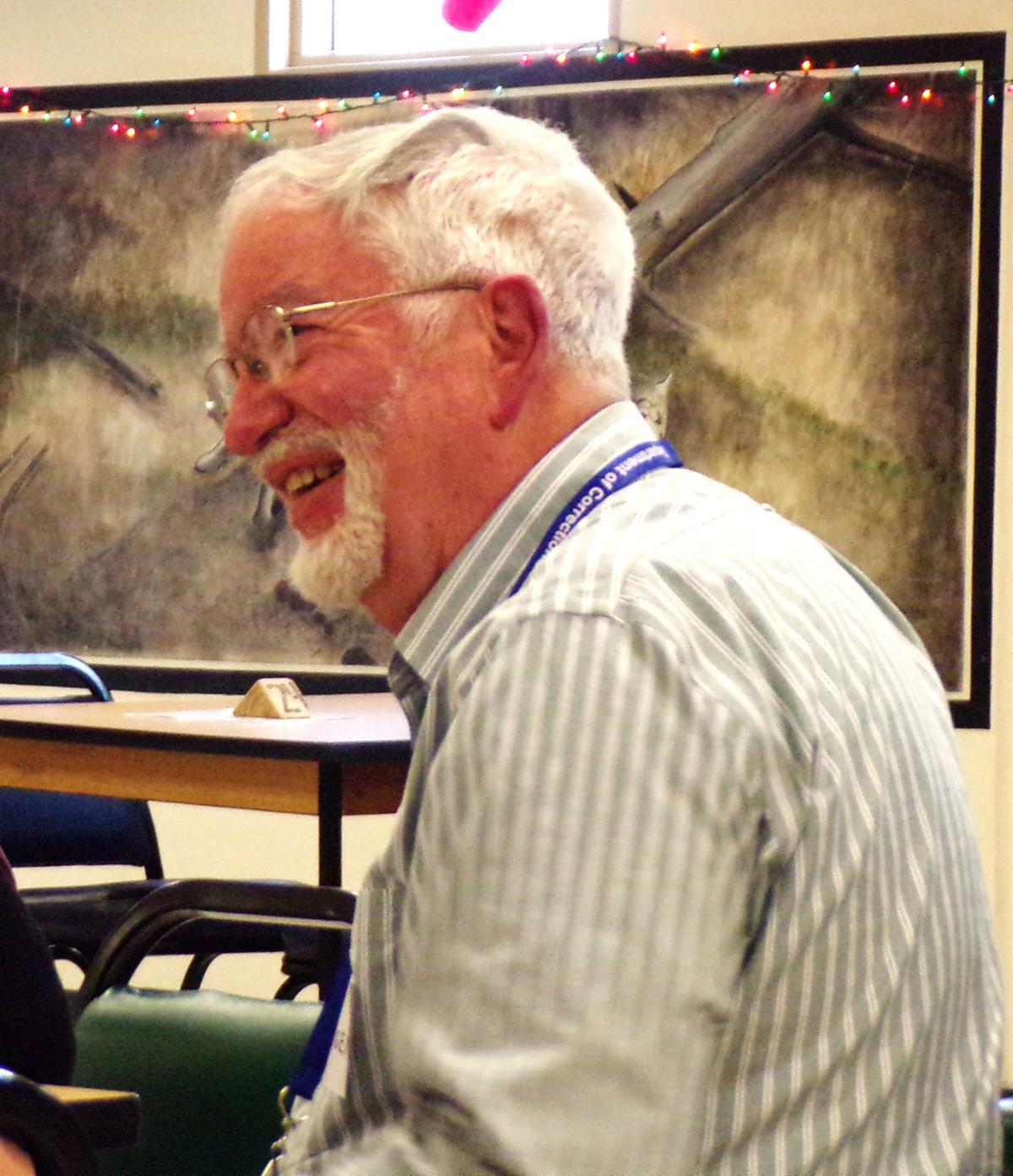 Rogers Miles chats with a group of readers.

A group of readers engage in a fruitful discussion.

Readers begin a lively conversation about their reading material.

Rogers Miles chats with a group of readers.

At 8 a.m. on a December morning, an event in the West Complex Visiting Room at the Washington State Penitentiary, was about to put three diverse groups of readers together for a book discussion.

The book to be discussed was “I Am a Stranger Here Myself” by Debra Gwartney, a memoir of her early life experience in rural Salmon, Idaho. It’s viewed through the lens of Narcissa Whitman’s difficult life as a transplanted Protestant missionary among the local Cayuse, an ill-fated historical episode at the root of Walla Walla’s 19th century origin story.

Both groups had been reading the book independently and attending weekly group discussions on their respective campuses led by an intrepid volunteer, Rogers Miles, a retired adjunct professor and longtime instructor conducting text-based conversations in Whitman’s first-year program.

Miles had also been meeting weekly since late October with a third group of readers — WSP Reads, composed of medium-custody inmates in the Victor and William units. Carol Fitzgerald, assistant dean of correctional education at WSP, was also a regular weekly attendee at the discussions.

What was to come next was more uncertain. What would these diverse groups of readers have to talk about? As it turned out, quite a lot.

Once merged in the shared space of the visiting room, participants were divided into mixed small groups and directed to tables. A page of book-related conversation prompts was passed around, and next, a volley of spirited conversations sprang to life.

At one table, a reader disclosed with complete honesty difficulties he had had with the author. “That woman was spoiled, what did she have to complain about?”

Later on, at another table, an older woman shared her own coming-of-age experience, something that might help explain Gwartney’s otherwise puzzling and confounding dilemma. “Well, I didn’t have a choice either as a woman, it ‘was be a nurse’ or ‘be a teacher’ back then.”

Elsewhere, a Whitman student was explaining the discord on Whitman campus where a statue of Narcissa Whitman had been defaced and Narcissa and Marcus Whitman’s legacy was prompting on-going controversy. When someone’s commentary evoked curiosity, former strangers — now at ease and on first-name basis — didn’t hesitate to respectfully seek clarification.

As the event neared its end after almost two hours, the room was still buzzing and chuckles could be heard. Before being prompted to get ready to return to his cell, one WSP reader shared this opinion while shaking his head, “This isn’t a book I would choose to read, but coming together like this, having an intelligent conversation about it, this is the one big positive for me.”

Bidding farewell to his table mates, another said quietly to everyone, “Thank you for not being afraid, and talking to us.”

In a written summation collected by Rogers after the experience, one WSP Reads participant put it like this: “It sucked to leave! I really enjoyed the discussion. It was so interesting. It was a blast. I loved my group. It felt like an escape. I felt like a person, not an inmate. Everyone listened to one another, and let each person finish their sentences. If we can do that, why can’t the talking heads on CNN?”

Carol Fitzgerald, this being her third participation in a joint session of Reads, summed it up like this: “I always appreciate the sharing of ideas and opinions between all the participants, especially at the large gathering of community readers along with WSP readers. ... I think this sharing of ideas and viewpoints among people from such varied backgrounds has the potential to bridge gaps far into the future. Because of these experiences, individuals on both sides of the fence may reach out and have a conversation with someone they might not otherwise be inclined to talk to, and that conversation could have far reaching positive impacts.”

Miles finds the opportunity to connect different groups of readers gratifying. The diversity of life experience brought to the table is appealing to him and he sees how all readers benefit from talking to each other about a book.

When asked to elaborate, he explained: “What I think is innovative about this program is that while there are plenty of book discussion groups in Walla Walla, they don’t talk to one another, they only talk to themselves. A program like this is a chance for different communities to meet and talk together, which seems to me a terribly important thing to do at this time when our politics is so divisive, and so many people aren’t talking to each other. On a larger scale, imagine what a more vibrant community Walla Walla would be if our existing book groups started talking to each other! Might that be an added attraction to outsiders when considering our town’s appeal? ”

So why not enjoy a book today and ask around? Maybe there’s someone else who has read it and has something interesting to say.