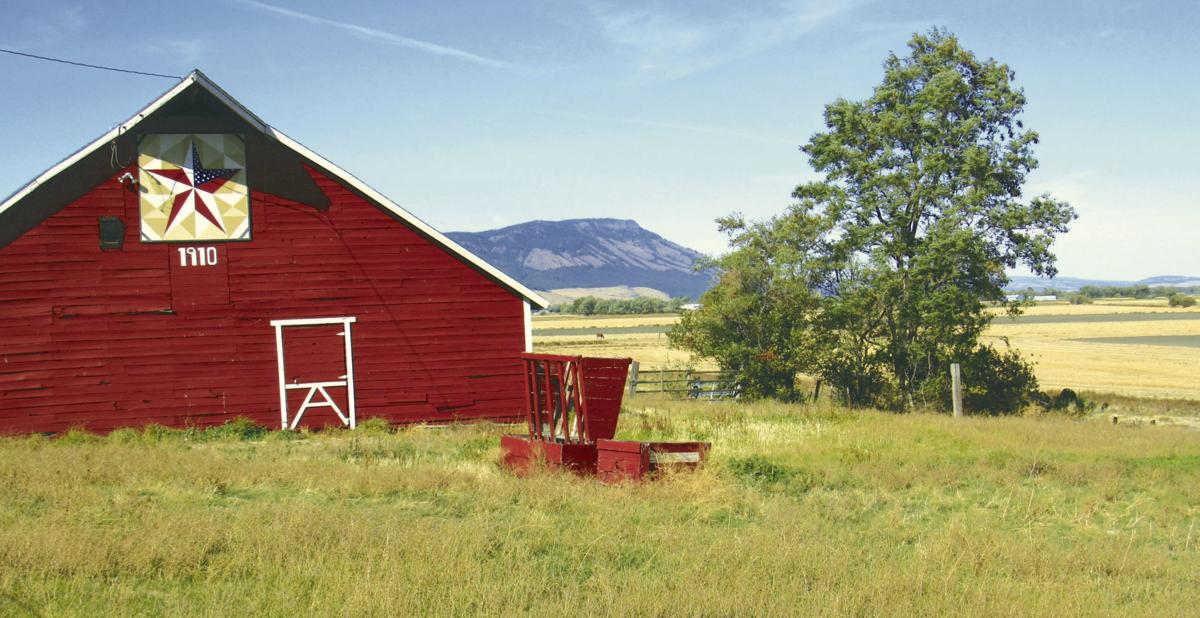 A quilt barn on Foothill Road with Mt. Emily in the background. 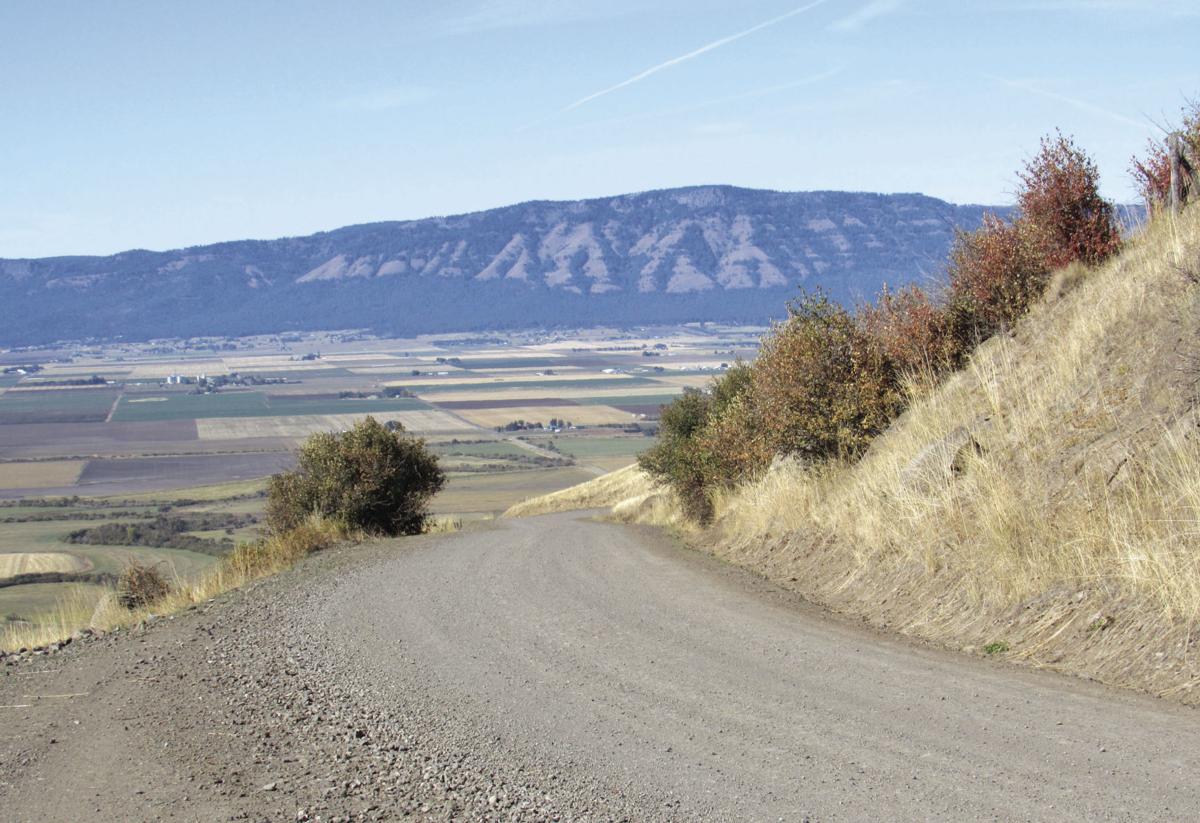 Try not to speed up the gravel back-roads of the Northeastern Oregon. 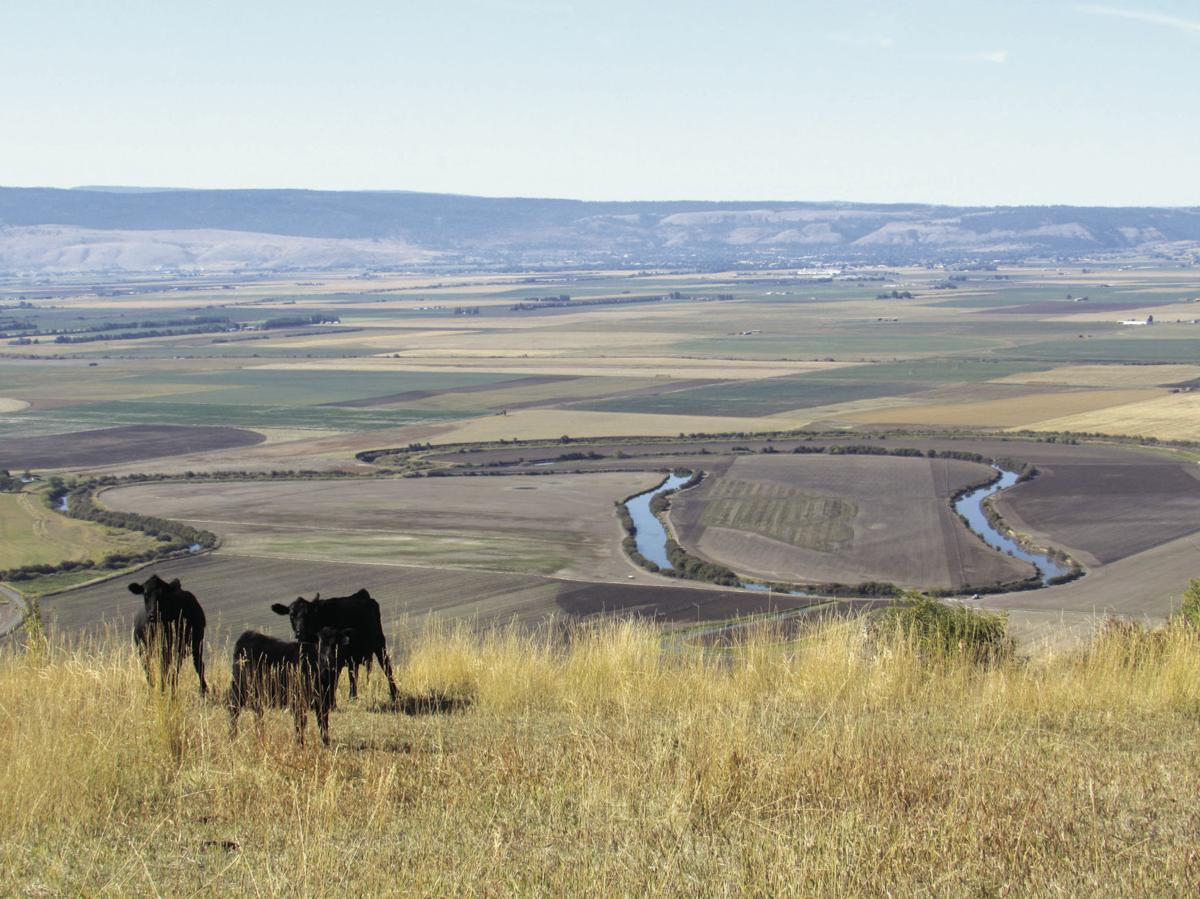 Oxbows as seen from the Mount Harris Road high above the Grande Ronde Valley. 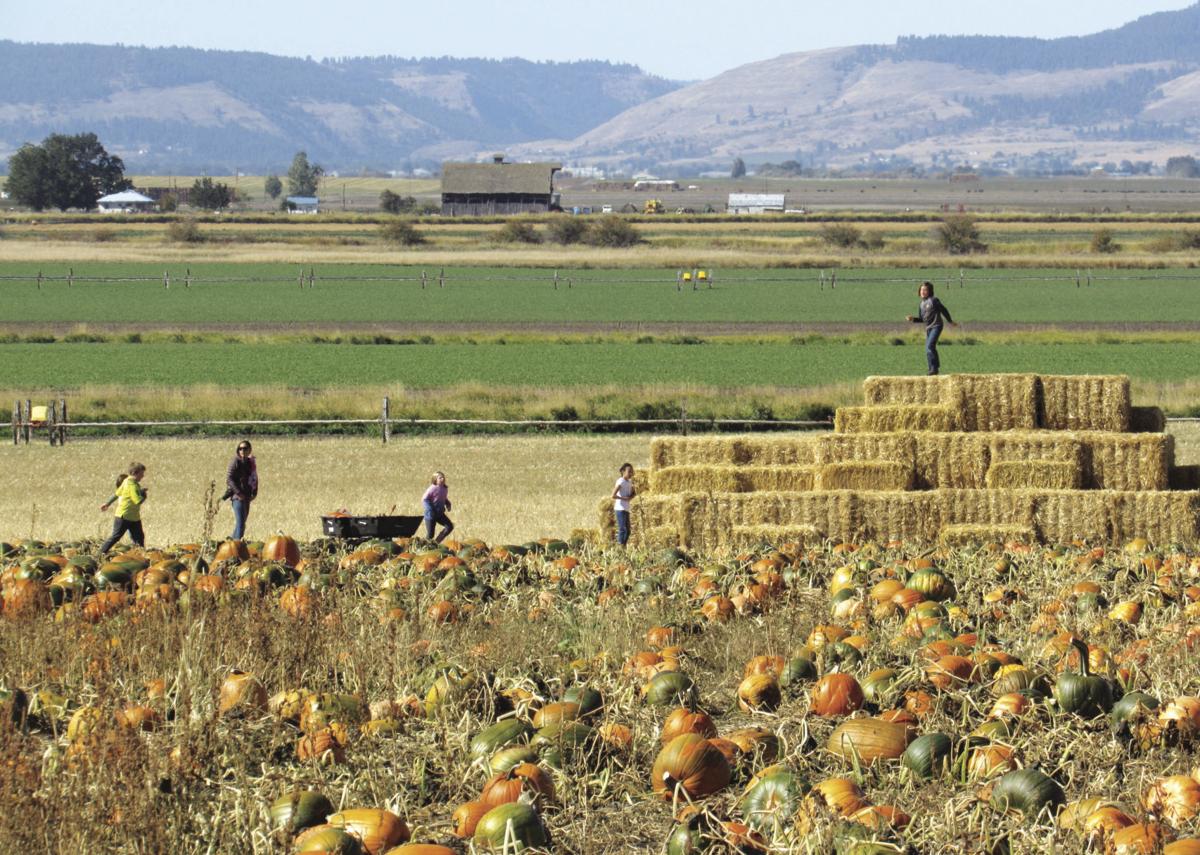 A party of pumpkin pickers surrounded by picturesque panorama at a pumpkin patch on Lower Cove Road. 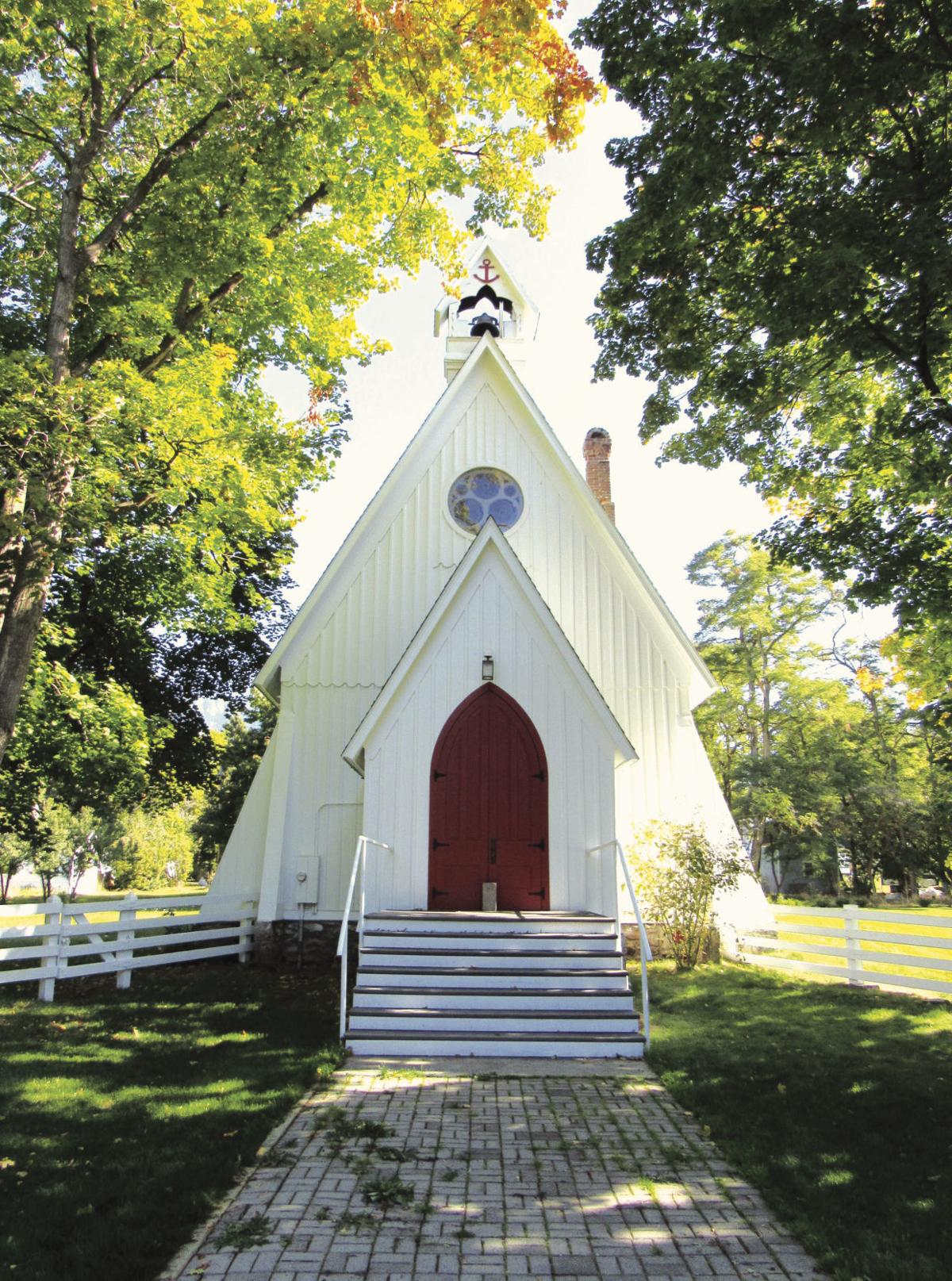 The Ascension Episcopal Church in Cove. 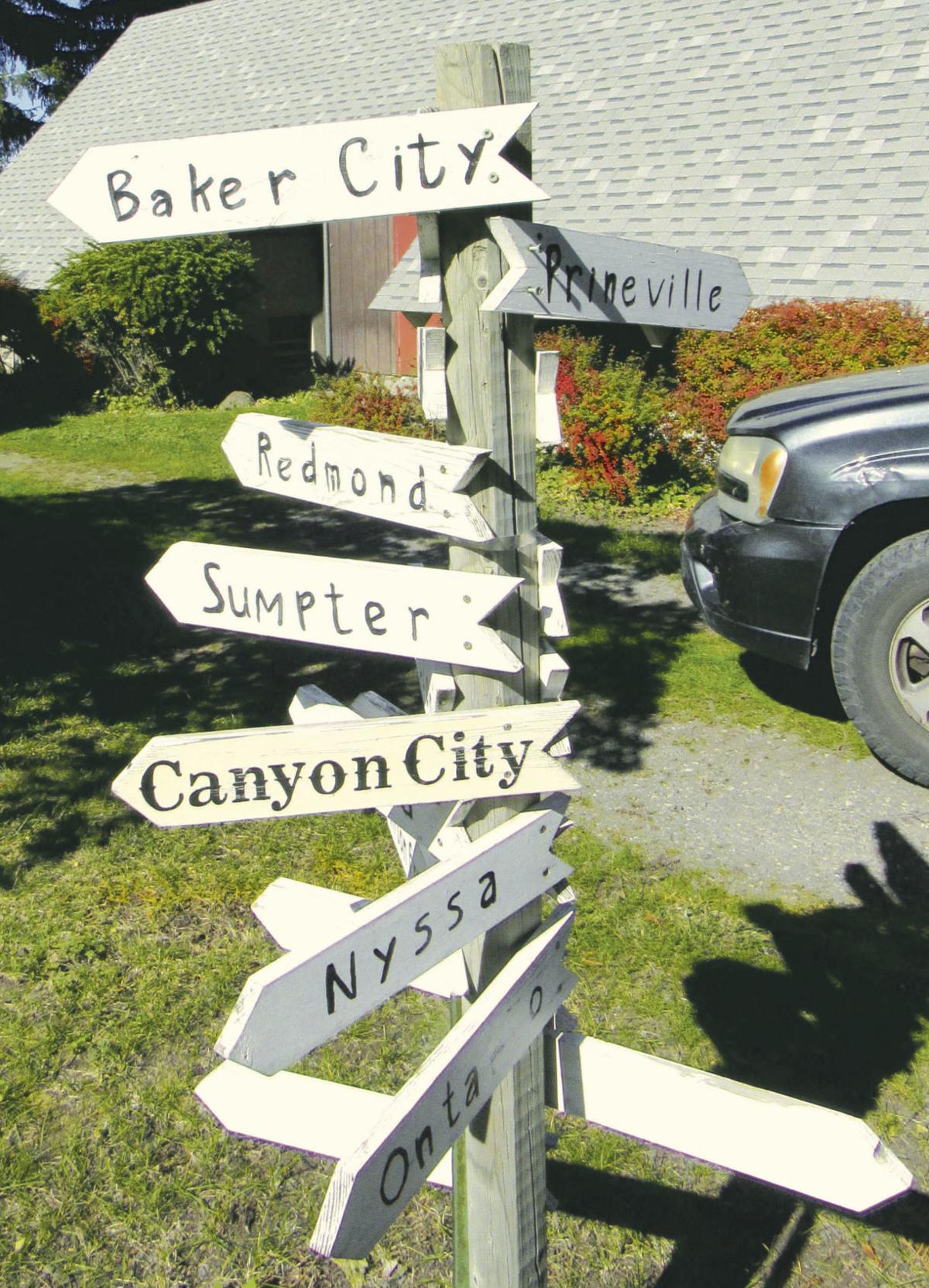 A very helpful sign at the Ascension School Camp and Conference Center in Cove. 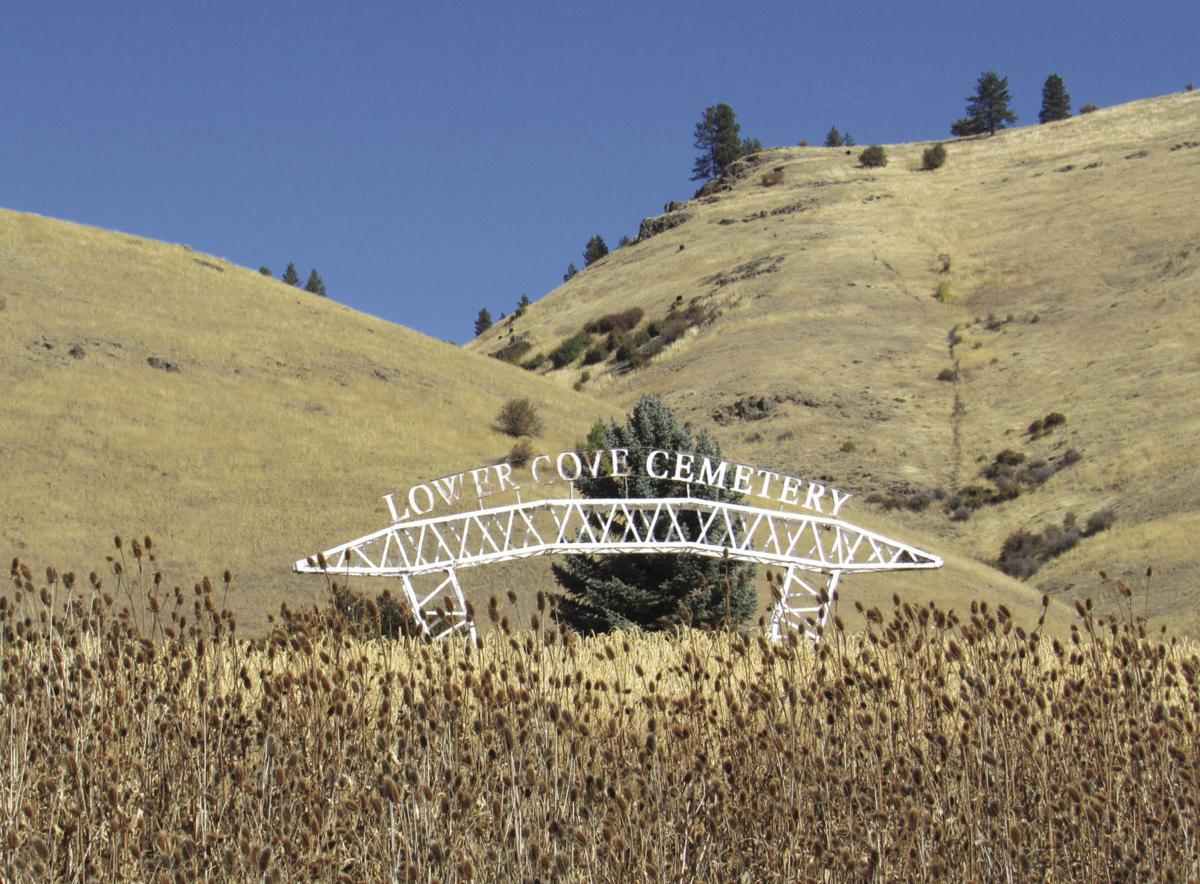 Lower Cove Cemetery and a sea of teasel. 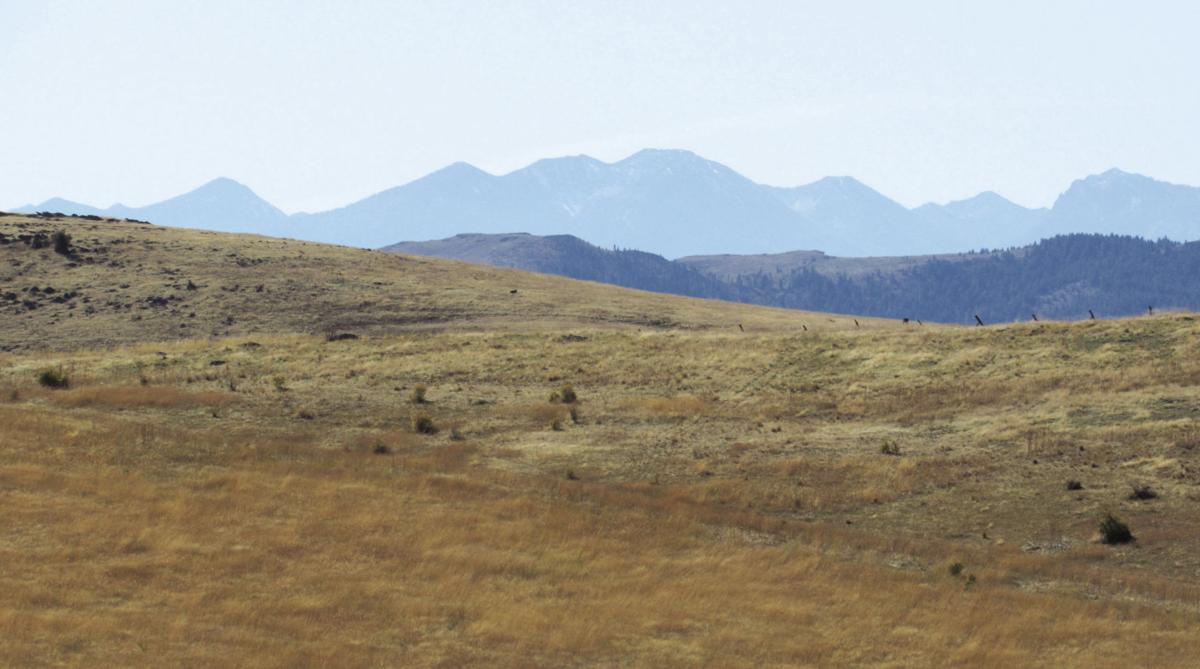 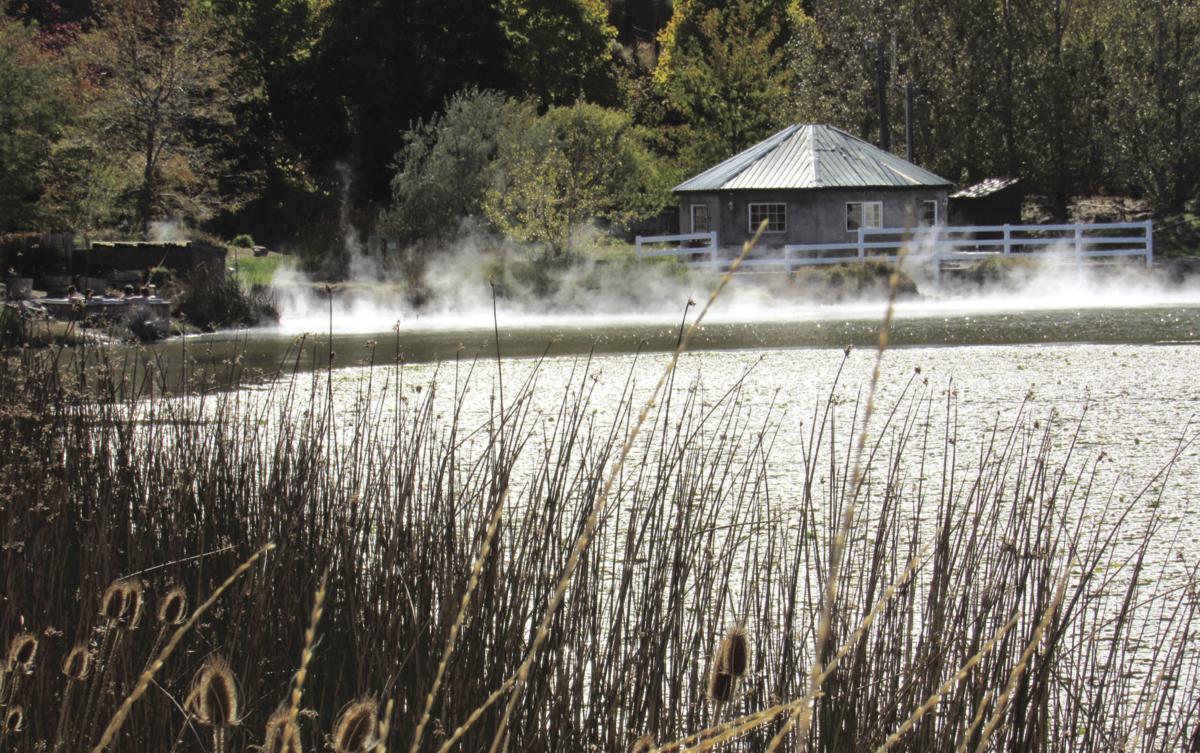 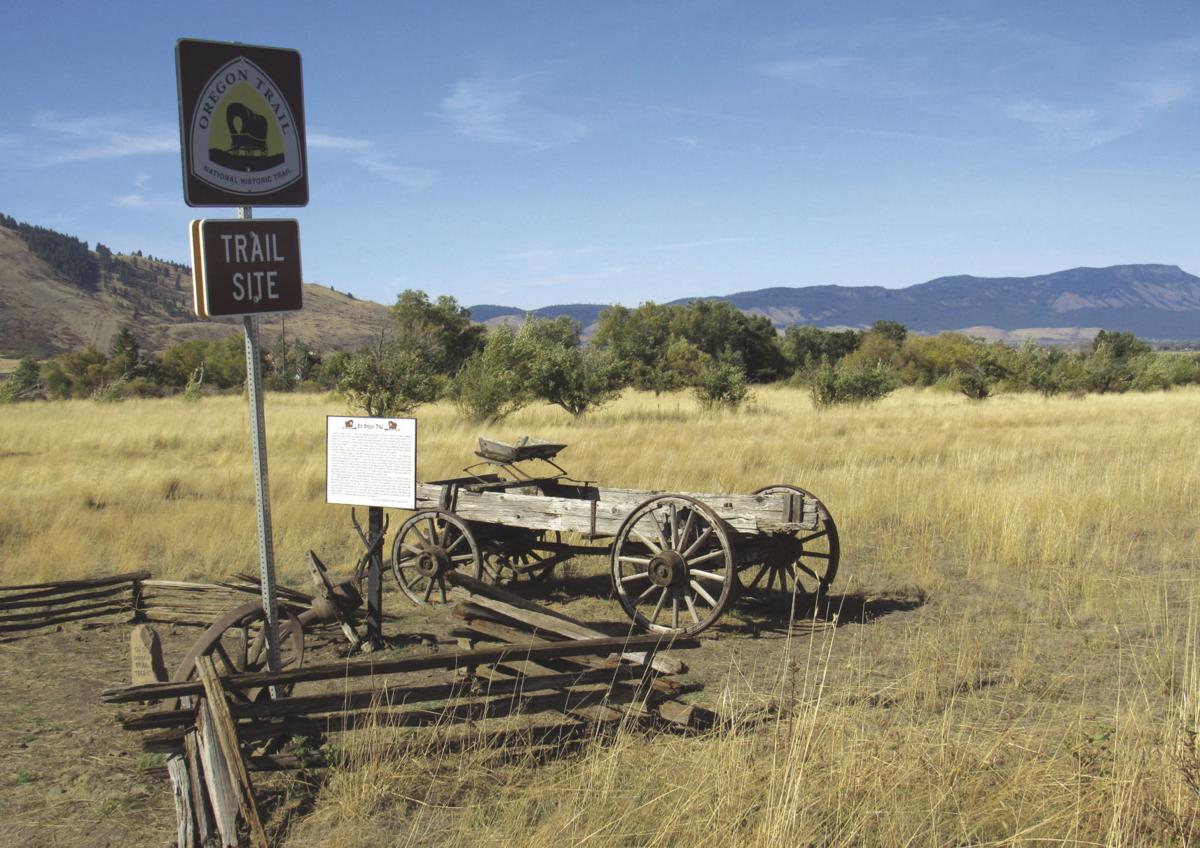 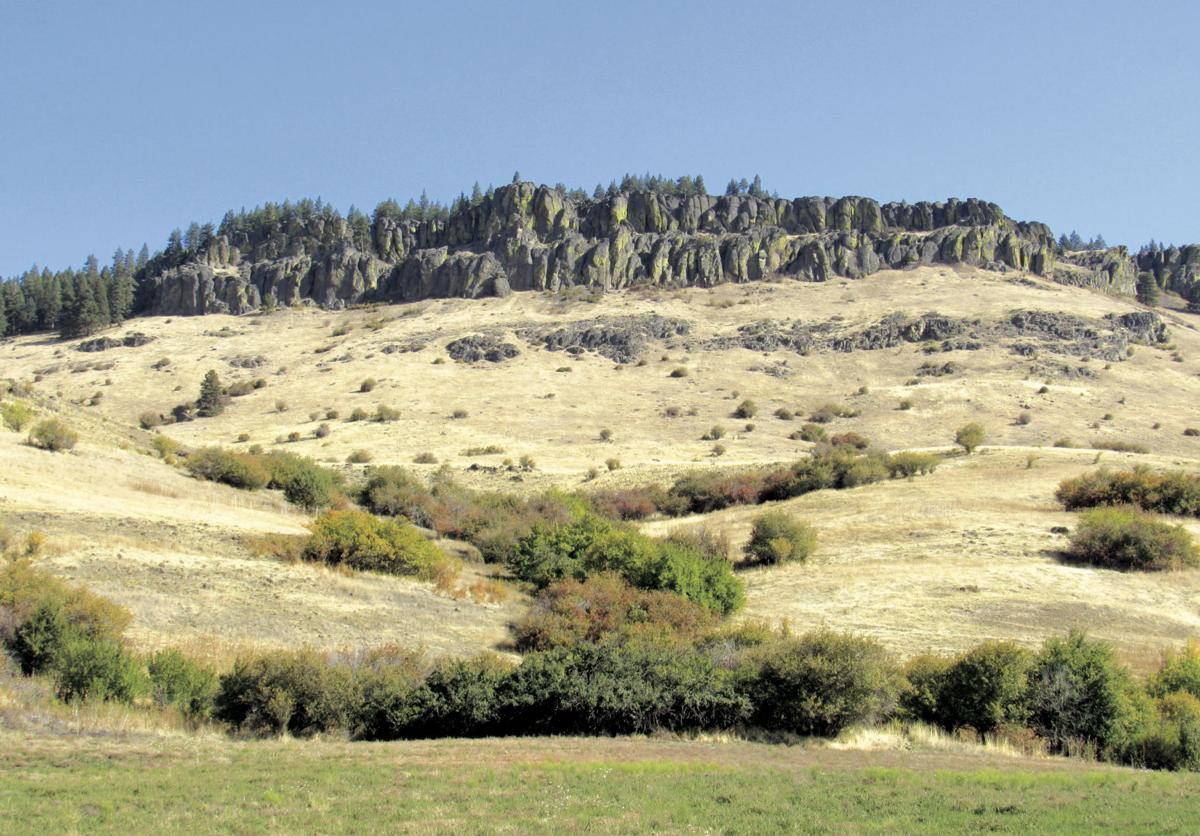 A quilt barn on Foothill Road with Mt. Emily in the background.

Try not to speed up the gravel back-roads of the Northeastern Oregon.

Oxbows as seen from the Mount Harris Road high above the Grande Ronde Valley.

A party of pumpkin pickers surrounded by picturesque panorama at a pumpkin patch on Lower Cove Road.

The Ascension Episcopal Church in Cove.

A very helpful sign at the Ascension School Camp and Conference Center in Cove.

Lower Cove Cemetery and a sea of teasel.

It’s Sunday. The Seahawks are not on TV. I’m bored as an ice fisherman in July. I suggest to Wonder, my wife, we drive until we see a cloud.

Seems like a strange obsession — less exciting than chasing a tornado, less romantic than chasing a rainbow. On a drive, though, especially here in sun country, the landscape is only half the interest. The other half is the cloudscape — especially if it is spawning tornadoes.

No worry this day. The sky is robin’s-egg blue from horizon to horizon.

We start our tour from our “Scottish House” in Milton-Freewater, so named because it resembles the many all-white houses that dot the Scottish countryside, and head over the Tollgate mountain pass to see fall colors.

This is no New Hampshire. There, in fall, whole mountainsides boast multicolored glory. This is the Blue Mountains, whose most colorful attribute, the plentiful tamaracks, are yet to turn gold. Since it is still early October, and Jack Frost has not yet struck in earnest, the color is sporadic.

Our goal this day is a circle tour of the Grande Ronde Valley. (Note: If you try this drive in winter, go to tripcheck.com to check road conditions.) The valley is a snow magnet.

Just over the Blue Mountains from Walla Walla, the Grande Ronde is also well defined. It’s circled by peaks, although the Grande Ronde River does manage to sneak out to the northeast for an eventual rendezvous with its larger cousin, the Snake.

Grande Ronde, translated from the French, is “great round.” The tale of the tape shows the valley stretching 15 miles east to west from the small town of Cove, population 500, to the valley’s biggest “city,” La Grande, with just over 13,000 people, the valley measures 35 miles north to south from the sumptuous Pumpkin Ridge to Pyles Canyon, the gash in the hillside where Interstate 84 rolls toward Idaho.

We reach Elgin, in the Indian Valley, and drive west on Highway 82. In a mile or so we turn south on Indian Valley Road, the start of a long stretch of gravel, sending up a rooster tail of dust. Speed is not important on the occasionally washboard road. What’s important is finding that elusive cloud.

We turn south on Rinehart Lane, go over a ridge and enter the Grande Ronde Valley, hugging its east side. Soon we reach Grays Corner Road and pass irrigation sprinklers creating icy field art on this brisk day. We admire basalt turrets on the mountainside and soon reach a turnoff to the Mt. Harris Road.

A steep drive rewards us, after a walk through a minefield of cow pies, with an eagle’s-eye view of the valley and the Elkhorn Mountains beyond.

We return to the pavement at Lower Cove Road. Soon we reach a pumpkin farm, where families seek to carve the perfect Halloween jack-o-lantern, and continue on to Cove, my old hometown of 20 years.

We take a picture of the Ascension Episcopal Church, cleverly hidden in a grove of maple trees. Built in the 1870s, the church and rectory are on the National Register of Historic Places and across Church Street from the Ascension School Camp and Conference Center, which attracts campers all summer from throughout Oregon.

Wonder hankers for a visit with my former neighbors. Alas, none is home. The renegade deer herd, though, is out plundering the hillside’s wild plum and apple trees for fallen fruit.

After a visit to the cemetery — one of the best views in the valley — we turn south toward Union on Highway 237. A quarter mile out of town we turn onto gravel at High Valley Road.

The road climbs high into the mountains and offers panoramic views of the Elkhorn mountain range. Old barns capture our interest, as does a herd of curious Belted Galloways — so-called “Oreo cows” — and beasts that look like musk oxen.

Emerging from the mountains in Union, we visit Buffalo Peak Golf Course. The links’ layout features a solitary, resilient tree, much battered by errant golf balls. The course, at the southeast end of our tour, offers grand views toward the valley’s three prominent peaks.

The best known is Mt. Emily, by La Grande. Its little brother is Mt. Harris, by Imbler, and its big sister is Mt. Fanny, by Cove, the tallest at 7,136 feet above sea level. The mountains here resemble more the Blue Ridge Mountains of Virginia than the jagged granite prominence of the Rocky Mountains, a westernmost part of which is the nearby Eagle Caps, hidden not far east of Cove.

A golfer, with typical enthusiasm, emerges from the double-wide clubhouse and says we should play a round, despite the fact the wind is trying to blow our eyebrows off.

Still, no clouds present themselves for inspection.

From Union — boasting a population just over 2,000 — we turn northwest and stop at Hot Lake Springs. Located at the base of a large bluff, Hot Lake boasts steaming, sulfur-smelling hot water with a half million gallons bubbling up each day. The springs historically attracted Indian tribes, who met here in truce to rest, relax, gather food and nurse the sick, leading to the nickname for the Grande Ronde — the Valley of Peace.

A modest hotel was built in the 1860s and much expanded over the years until around 1930 when it blossomed into Hot Lake Sanitorium, known as “The Mayo Clinic of the West.” After its heyday, the place fell into disrepair and gained a reputation, some say well-deserved, for being haunted.

Then in 2003 the property was bought by the family of bronze artist David Manuel, a Walla Walla native, and restored to its former glory. Today, it is run as a bed-and-breakfast and spa and features a good museum of art and Indian artifacts.

We turn back to gravel just past Hot Lake Springs on Hot Lake Lane. Bird hunters are pursuing wing shots at the Ladd Marsh Wildlife Area, which boasts more than 6,000 acres of wetlands, marshes and prairies north of the road.

As we near Interstate 84 where it enters Ladd Canyon, we come across a modest monument, recently erected, to the Oregon Trail. Yes, we are following the footsteps of fur trappers, traders and pioneers who traveled the more than 2,000-mile trail from Independence, Mo., to the Willamette Valley of Oregon seeking the good life, liberty and the pursuit of happiness.

We pass over the interstate, humming with truck traffic. The nearly deserted but paved Foothill Road follows the Oregon Trail route along the southwest side of the valley to La Grande and is a good place to see pheasants and elk.

La Grande’s name translates to, and is popularly known by locals as, “The Big,” and it looks big after all our country ramblings. It is home to Eastern Oregon University and, to our interest, now famished, a variety of restaurants.

We choose a local pub recently established in an old fire station. Looking north, from the sun-drenched sidewalk, we at last see a cloud. OK, a contrail from one of the many jets cruising over “flyover country.” The contrail is draped over Mt. Emily and resembles a flag whipping in the wind. Our mission is complete.