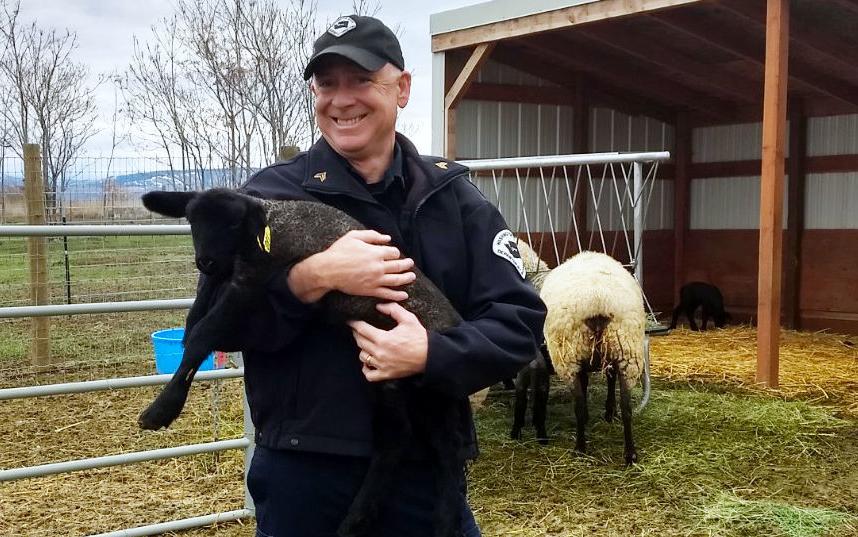 Sgt. Stephan Randolph holds one of the lambs. The sheep are well cared for by the inmates and guards alike. 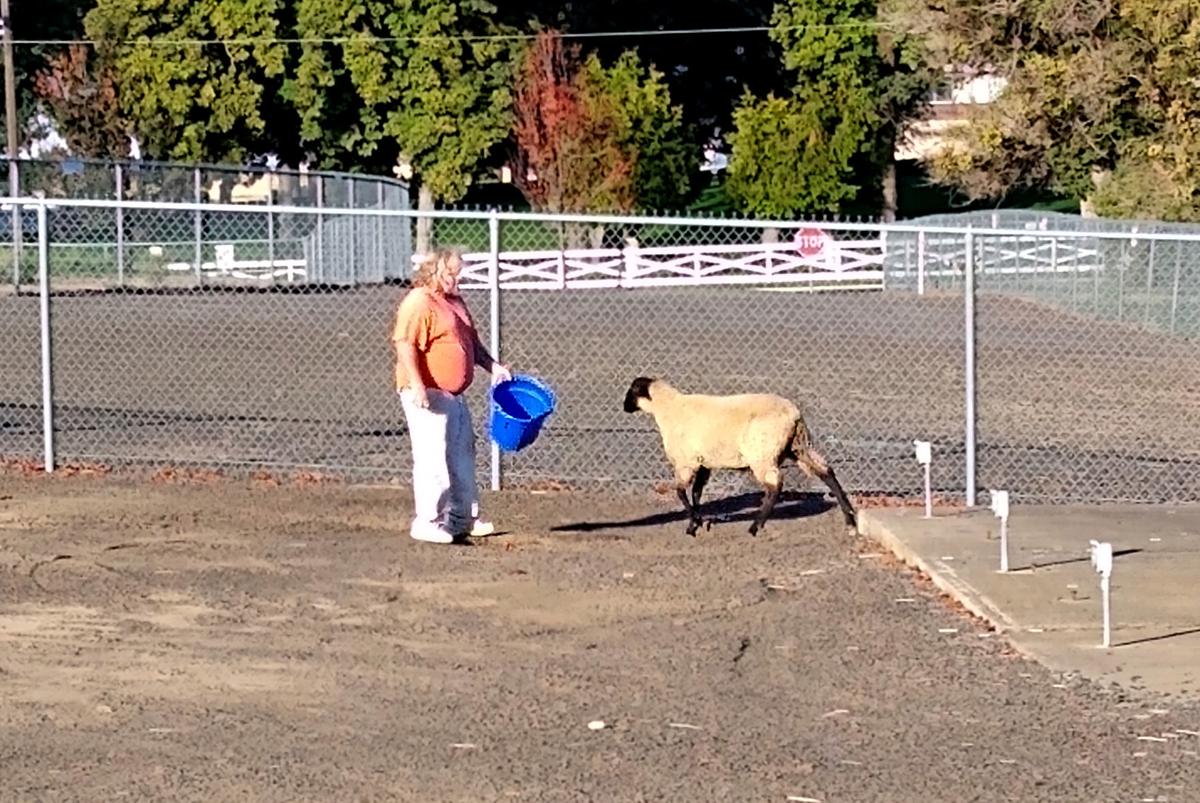 Inmate Gary Kemper learns the nuances of dealing with a live ewe. 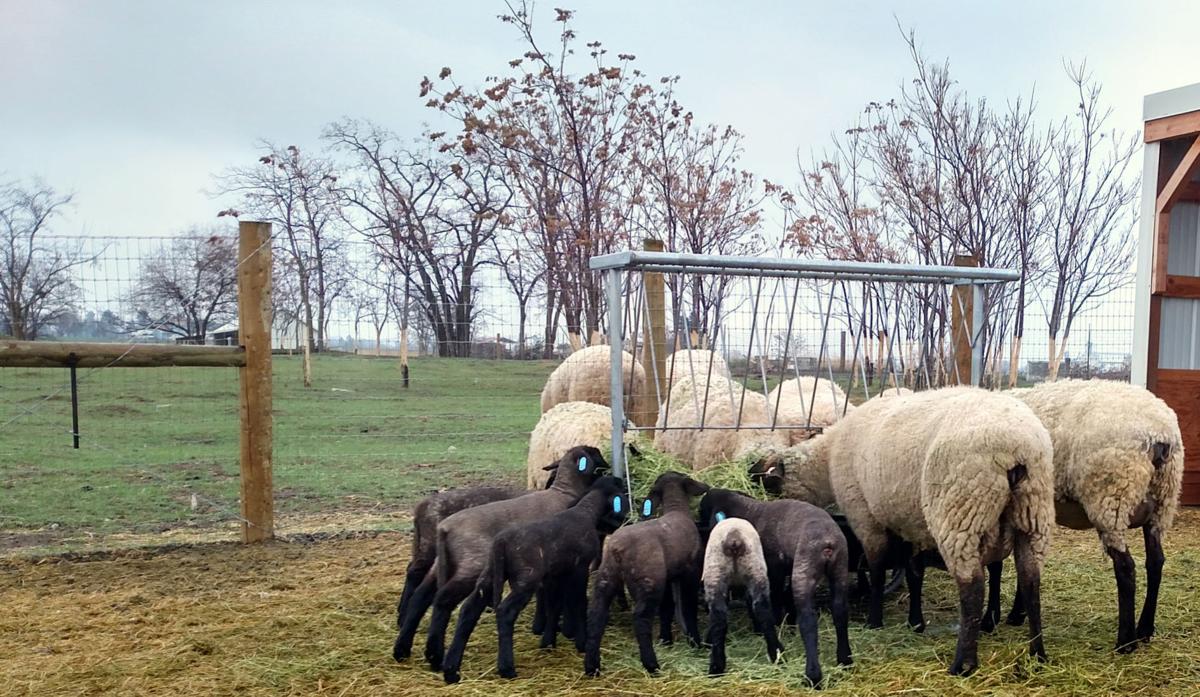 From lambs to full-grown ewes, sheep of all ages are raised in the program. 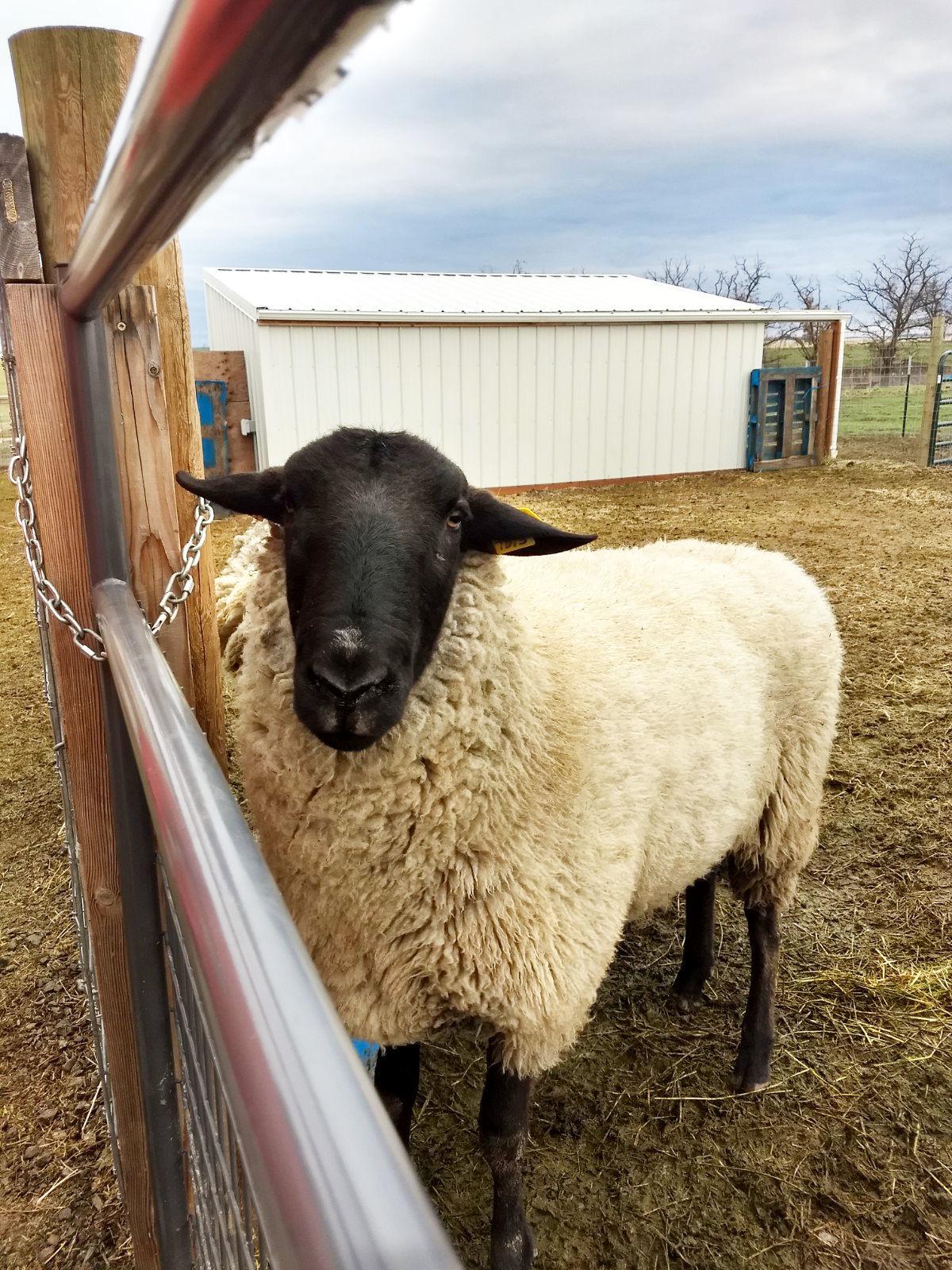 A sheep at the Washington State Penitentiary.

A little black lamb is one of the many sheep being raised by inmates and guards at the Washington State Penitentiary.

Sgt. Stephan Randolph holds one of the lambs. The sheep are well cared for by the inmates and guards alike.

Inmate Gary Kemper learns the nuances of dealing with a live ewe.

From lambs to full-grown ewes, sheep of all ages are raised in the program.

A sheep at the Washington State Penitentiary.

A little black lamb is one of the many sheep being raised by inmates and guards at the Washington State Penitentiary.

Cutting-edge science and down-to-earth sheep farming practices are co-anchors in an ongoing rescue effort to save wild bighorn sheep populations in the Pacific Northwest.

This science-to-farm/farm-back-to-science project is located on about 30 acres of tranquil property owned by the Department of Corrections and directly adjacent to Washington State Penitentiary.

On a blustery, warm day in mid-October excitement was running high. Not only was it a day to give and record inoculations, it was time to introduce rams to ewes, all tested and certified to be M. ovi-free (not carrying the insidious bacteria and respiratory pathogen Mycoplasma ovipneumoniae carried by domestic sheep innocuously for the most part, but decimating to populations of free-roaming bighorn sheep), and look forward to the next generation of M. ovi-free lambs in March 2020.

Sheep program staff volunteer, Donna Hubbs, was especially ebullient for another reason. Two project rams that were M. ovi-free had recently been transferred to a large, high-altitude ranch on the Montana-Idaho border to join a M. ovi-free flock of ewes.

Nature is getting what these shepherds hope to be a corrective measure, thanks to a fortuitous blending of big players like the Sustainability in Prisons Program, The Evergreen State College, Washington State Department of Corrections, Washington State Department of Fish and Wildlife, and Washington State University, and on-the-ground individuals with a passion for saving bighorns in the wild, like DOC Security Specialist Donna Hubbs, DOC Lt. Jarrod Sumerlin, retired instructor and former Department Chair of Agriculture Science at Walla Walla Community College, Jerry Kjack, DOC inmate Gary Kemper, and many others.

What could all this mean to a minimum-level-custody inmate like Kemper who has been involved in the Sheep Husbandry Program since 16 project-destined Suffolk sheep (one ram and 15 ewes) were delivered to the penitentiary in September 2017?

Kemper says, “I was kind of targeted to become a participant because of what the program is about, and where I grew up, in Washington state, Asotin County.” He continues, “We grew up seeing bighorn sheep left and right, and I’ve seen from a point where they were abundant in herds to where they declined way down in numbers, and then started to come back. This program, because it’s involved with the preservation of bighorn sheep, it sparked an interest. I got involved in it and just stuck with it ever since.

“It’s been quite an experience. We’ve done every aspect of sheep farming that you can imagine. We’ve learned to administer their general shots, including drenching for worms, and stuff like that, selecting prime males for breeding, being present at the birthing of the lambs. I’ve been on hand for just about all of it.”

He concludes by saying, “Considering where I’m at, it’s very meaningful, it’s extremely rewarding. It’s made a big difference in doing my time here.”

After a thoughtful pause, he added, “I’d like to see more people, the general public, become more aware of what we’re doing, and the overall goal that we have for the project. We need to bring more awareness about the M. ovi virus and how domestic animals will negatively affect the wild animals, stuff like that.”

Lt. Sumerlin, who assumed DOC oversight of the project when Associate Superintendent Carla Schettler retired recently, described his involvement: “I grew up professional rodeo cowboy with my dad, doing rodeo, endurance racing, knowing horses, so I’ve been around livestock, just not sheep.”

Concerning the inmates (there are five regular inmate workers who receive 42 cents per hour and an occasional inmate volunteer) he says, “They enjoy it and they are really well behaved over here. My vision is to see this experience become a vocational certificate, to where it’s not just sheep, but more about ranching, farming.

“I’ve been having the inmates come over here for the last eight months, and they don’t come over here and just feed the sheep, they actually manage the property. So they fix the fences, they mow the grass, they pull the weeds, they do everything they would do if they were working a real ranch. That way when they leave DOC, if they want to get a job somewhere, they have more experience than just feeding and watering sheep. They are learning the specific details, like today, how to handle the sheep when they do vaccines, also, the timing of breeding. They are learning the very specific details of sheep husbandry along with how to manage a ranch. We want a long-term program. We want them to learn the whole gamut, the process.”

Retired since 2013 from a 39-year teaching career and agriculture science department administration duties, Kjack brings solid scientific and sheep raising expertise to the program. Having raised sheep for 37 years, he knows a thing or two. Also, as vice president of the Washington State Sheep Producers he became keenly aware of the M. ovi problem because it was an issue involving domestic sheep grazing on public lands and exposing the bighorns to the pathogen. He dated his involvement with the project back to the planning meetings that first took place in 2016.

When asked about working with inmates, he answers, “It’s been great, I mean, it really has. The guys I’m working with, only minimum-security people are in this project, they want to learn. They ask questions when they don’t understand. For me, it’s no different than working with the student population I worked with at CC. You’ll have those that are forward and aggressive and want to learn and jump right in, and others who need a little push. If you don’t get your hands dirty, you’re not going to learn this, that type of thing.”

As for whether it could be a game changer for the inmates, Kjack thoughtfully reflects, “They’ve done some research on this, Kelli Bush who is co-director of the Sustainability in Prisons Project, found that any time you can train incarcerated people to work with living organisms, be it butterflies, dogs, sheep, or whatever, the re-incarceration rate for those people when they get out has gone way down, versus being trained in other areas, not working with living organisms. I think it’s a winner, a win-win situation.”

And the sheep seem to know a thing or two, too. In closing, Kjack offered this observation: “These sheep associate feed with orange uniforms. As soon as they see that orange shirt, they come running. That’s what they’re used to, being fed by the inmates who wear the orange.”