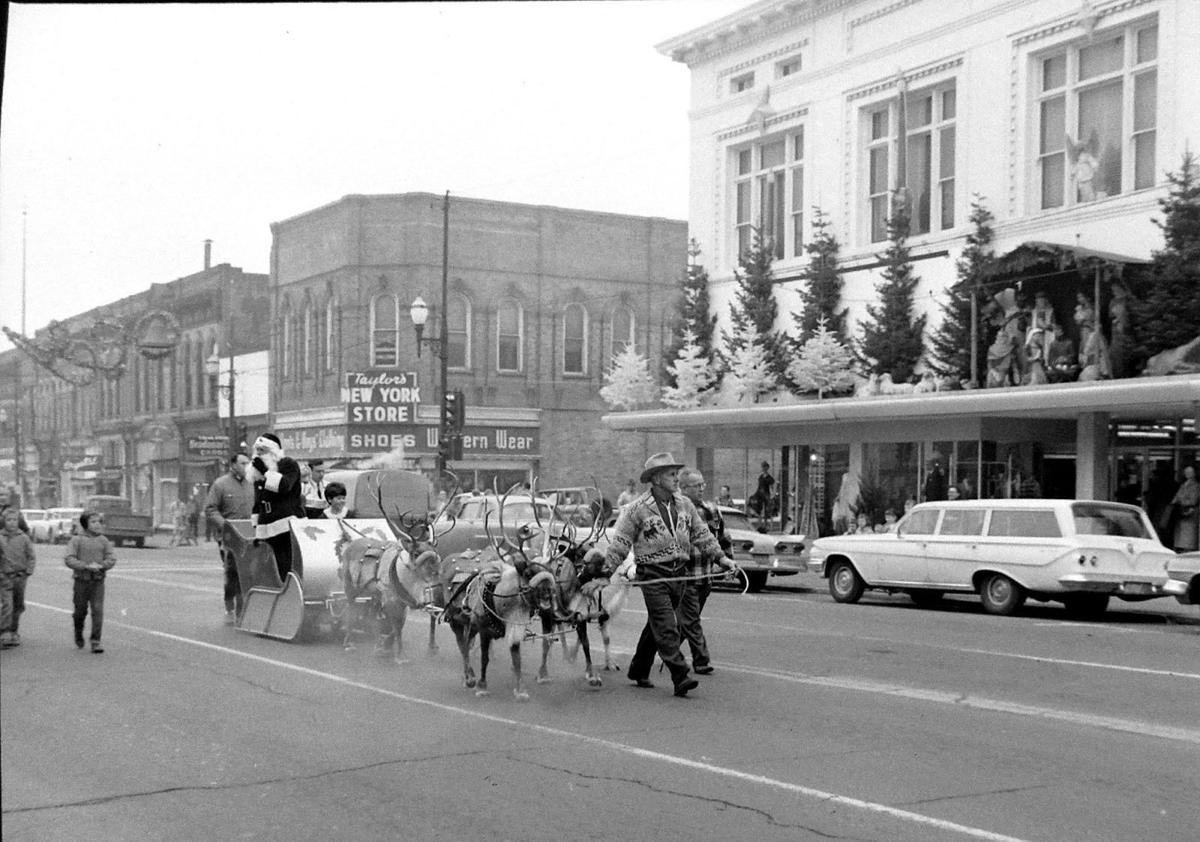 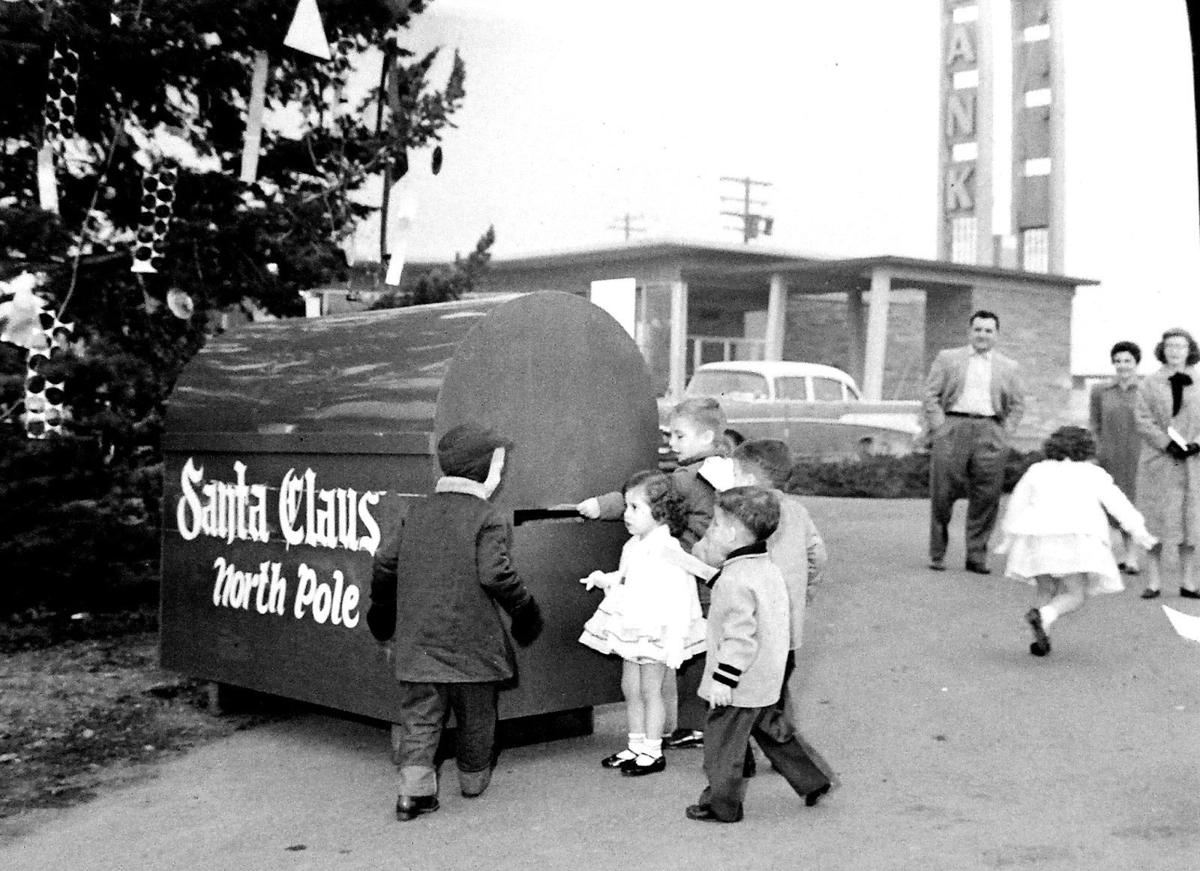 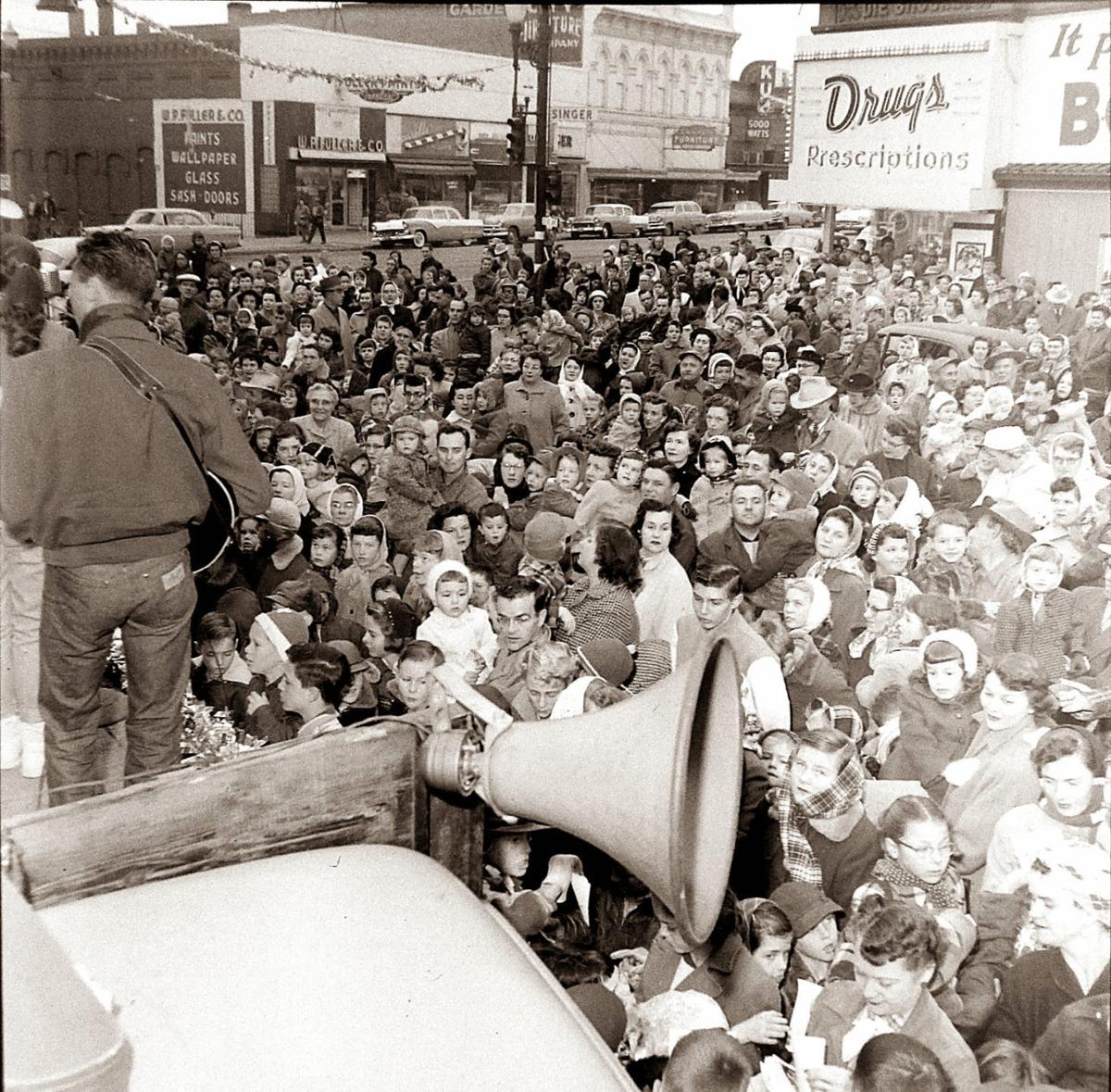 The memories of Walla Walla's Christmas past

The Ghost of Christmas Past is the first of the three spirits to visit cold-hearted protagonist Ebenezer Scrooge in the classic 1843 novel “A Christmas Carol” by Charles Dickens.

If you were to take a walk down Walla Walla’s holiday memory lane, there wouldn’t be much evidence of Scrooge-like residents who warranted a visit from the three midnight guests. The town was alive and well with merry residents and jolly festivities.

Like many cities during the Christmas holidays of yesteryear, Walla Walla took the opportunity to host the most popular resident from the North Pole. Santa Claus’s arrival to the city was always a surprise and not without imagination.

The jolly old elf has arrived in a variety of transportation from a brand new 1956 Lincoln Convertible to a sled — and once he rode in on a truck bed accompanied by regional country singer Bert Wells and his Buckaroo Time troupe complete with guitars and bass.

After the distinguished guest’s arrival, he would settle in at various downtown merchants: Davis Kaser Home Furnishing Department Store, Montgomery Wards, Sears and Roebucks, and like magic, Santa would appear in the Eastgate area hosted by the Eastgate Lions Club where the merchants would treat their young guests to hot chocolate, fill the children’s stockings with candy, and oblige them with a giant mailbox to hold their letters to Santa.

In 1955 over 5,000 people eagerly awaited the arrival of Santa and four of his reindeer. It was a large group that police and city leaders hadn’t planned on. The exuberant mob took over two blocks of Main Street in an attempt to see Santa.

The police used a loudspeaker in an attempt to gather the crowds into a line to see their guest and also clear an exit lane. Many parents gave up and left while their children wept out loud, pleading to visit with Santa. Those families who exercised patience were awarded candy and an opportunity to share their Christmas wish with Santa.

Around 450 Kindergarten students boarded a train in 1958. For many, it was the first train ride of their young lives. The Santa Claus Special included five coaches and a decorated caboose which left the Northern Pacific Depot on Second Avenue and headed for a secret destination to pick up its honored guest, Santa Claus.

The rail returned to the depot where Santa and Miss Merry Christmas (a chosen student from Walla Walla High School) climbed into a convertible and made a parade through Main Street with other cars filled with the young students. Their final destination was lunch with Santa at the grand Marcus Whitman Hotel & Conference Center.

The sounds of Christmas carols played in the background at the Red Apple Restaurant on Main Street in 1960 while the Early Bird Club of the Walla Walla Chamber of Commerce shared a sampling of their newest gift items for the holidays while enjoying slices of fruit cake. Suggested gifts of the year were table cigarette lighters, satin bed jackets, and portable transistor radios.

The new Miss Merry Christmas was chosen, and volunteers were sought to assist in the arrival of Santa Claus the day after Thanksgiving. This year, the white-bearded bearer of gifts in the red suit would arrive via helicopter at the Safeway parking lot on East Rose Street.

Walla Walla celebrated their food during the holiday season. The Dainty Maid Bakery at 123 E. Main Street baked their applesauce cakes, the Condon Bakery Co. at 300 S. Second Avenue produced holiday date and nut cakes, while the Delishus Bake Shop on the corner of Second Avenue and Chestnut Street filled the ovens with their popular German-style baked goods.

Feathers flew at the intersection of Rose and Sumach streets at Jasper Reynold’s Poultry and Feed Co. while preparing turkeys, ducks, geese, and chickens for holiday feasts. Also, in preparation for the season, the Reynold’s company gathered dozens of fresh eggs to sell to the home bakers for their traditional holiday cookies and pastries.

Since the founding of the city in the late 1800s, Walla Walla locals and their guests enjoyed dining at the various hotel dining rooms, grills, and diners — especially during the winter holidays.

There was a theme of dining trends in Walla Walla, and these noticeable trends went as far back into the 1890s. Several businesses and dining establishments on Main Street sold oysters and advertised them to accompany cigars and whiskey.

The “Olympia Cocktail” was popular on hotel menus, especially on their holiday buffets. This seafood cocktail was presented with the Puget Sound’s only native oyster, the Olympia. This aquatic mollusk with earthy and coppery flavors is the only oyster native to the West Coast of North America and several years ago found its way via rail to Main Street, Walla Walla.

During the 1930s and 1940s several Walla Walla hotels and fine dining establishments listed on their menu “snowflake potatoes.” A cookbook written in 1887 by Mrs. F.L. Gillette mentions the popular creamy potato casserole was served at the White House. By Thanksgiving of 1950, “snowflake potatoes” were part of the menu for the U.S. Armed Forces in the Far East.

If Dicken’s Ghost of Christmas Present were to visit Walla Walla today, he would find that while some things have changed from the past, we still very much hold the Christmas spirit together by celebrating at the Macy’s Holiday Parade of Lights waiting of Santa Claus, and shopping and dining with our area merchants.

Stir in chives; sprinkle with paprika and butter.