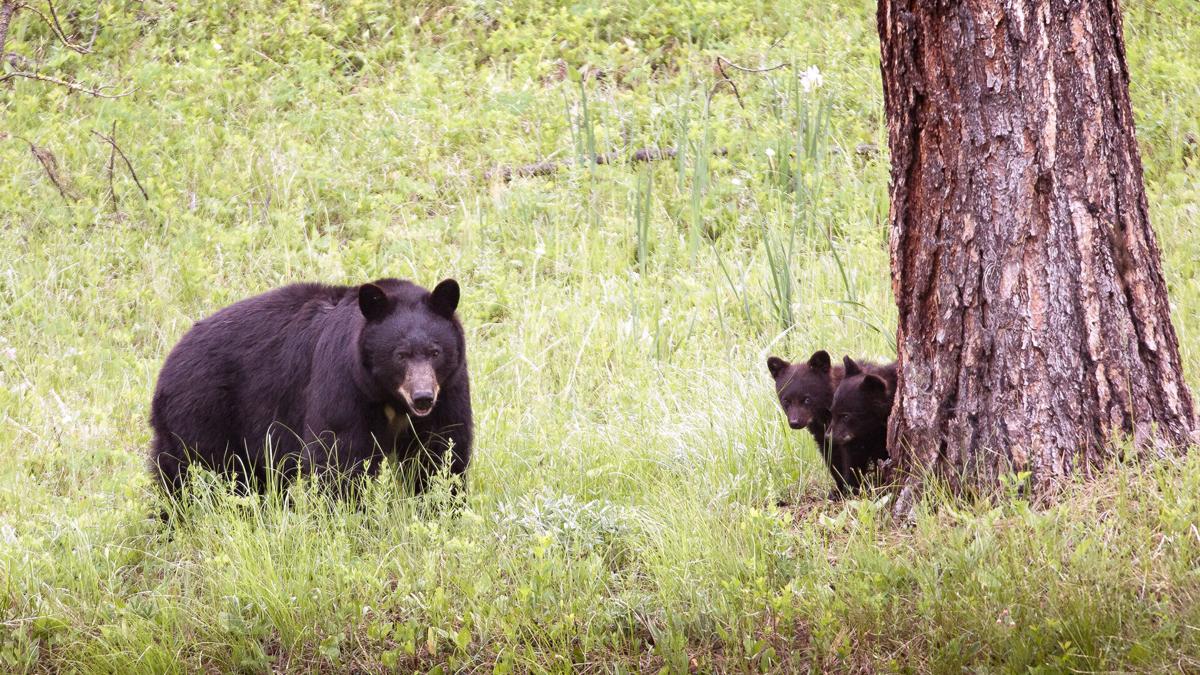 A black bear and her two cubs in the Wallowa-Whitman National Forest near the Grande Ronde River in Oregon on June 8, 2021. Photo by Steve Lenz. 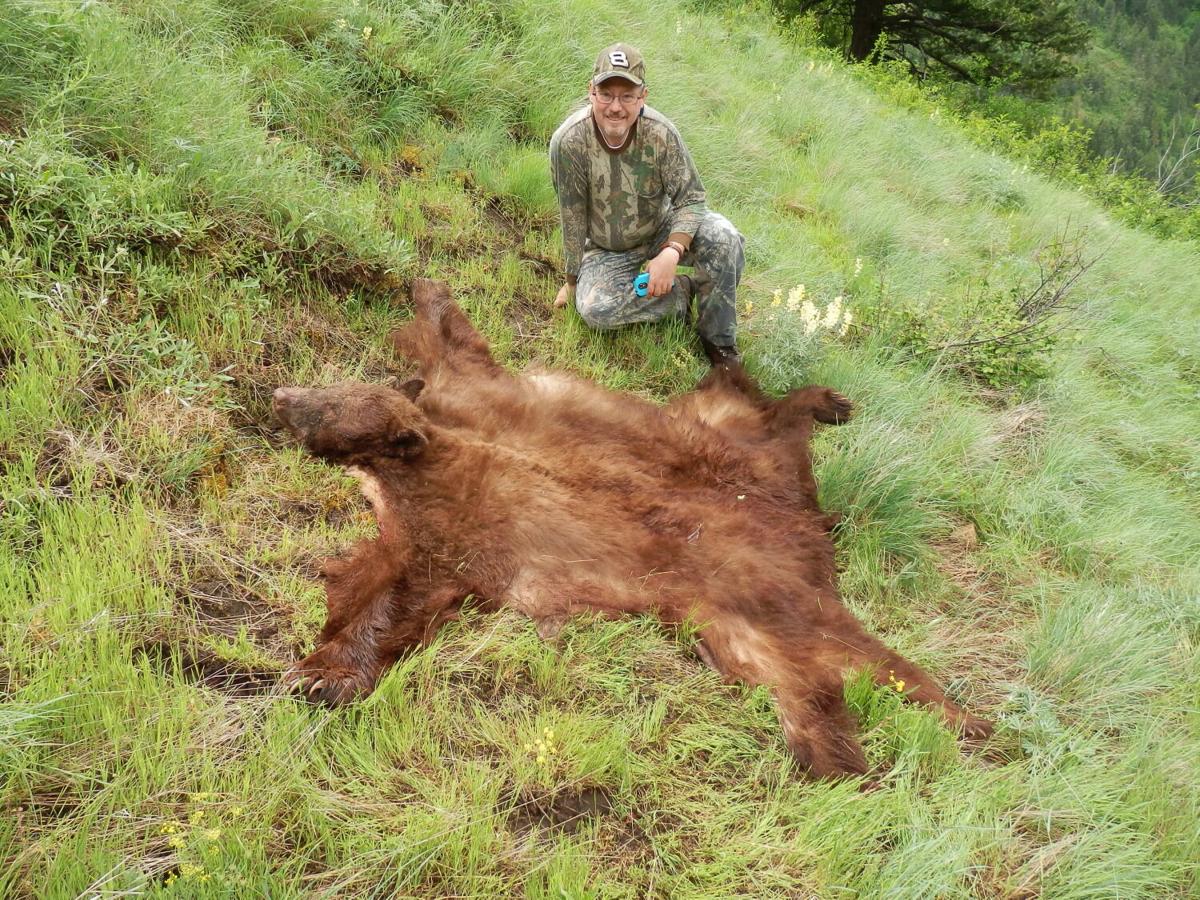 The author, Mike Cibart, with a bear he successfully bagged in the Blue Mountains several years ago. The pelt is 6 by 8 feet squared.

A black bear and her two cubs in the Wallowa-Whitman National Forest near the Grande Ronde River in Oregon on June 8, 2021. Photo by Steve Lenz.

The author, Mike Cibart, with a bear he successfully bagged in the Blue Mountains several years ago. The pelt is 6 by 8 feet squared.

It doesn’t get much better than spring and fall hunting for bear in the Blue Mountains.

I used to be a deer hunter and would occasionally run into a bear. I always buy a bear tag for just that reason. Over the last 20 years of hunting Southeast Washington and Northeast Oregon, I have changed to now considering myself a bear hunter who occasionally hunts for deer and elk when the opportunity presents itself.

I do enjoy most any kind of hunting, but I am primarily a meat hunter, and I prefer bear meat over deer or elk. I also like the increased opportunity of a longer season and the possibility of drawing that coveted spring bear tag every five to seven years.

It is not a rare occasion that I run across a person who says bear meat tastes terrible. While I would not say that is untrue for every occasion, I have yet to eat a bear that didn’t taste good. Bears that have been eating garbage or dead salmon or primarily other dead animals could taste bad.

You are what you eat, they say.

But I have taken many bear in California, Oregon and Washington without once finding a bad-tasting animal. It makes me wonder why so many people say that bears don’t taste good.

When you hunt the Blue Mountains, it is amazing how every little valley down lower and even up into the timber is chock full of fruit. There are many kinds of apples, plums, grapes, berries of every sort and a lot of other native edibles that all taste good, even to humans. Bears gorge themselves on these high-calorie foods in the mid-summer to late fall in preparation for their coming winter sleep.

Sometimes the fat on a bear will be several inches thick in places. All of that good food makes for good-tasting meat.

But all of that fat underneath that thick fur coat also means that it retains heat. Heat is the enemy of good-tasting meat as bacteria is at work in the animal as soon as it expires.

A bear that is taken needs to be dealt with immediately. I suspect that there are a lot of hunters who have their first encounter with a bear and don’t know what to do after the shot. So, there is a long delay.

A bear can spoil in just a couple hours. Bears can also be a lot bigger than a deer and they don’t have antlers to grab onto to drag out of the woods, further complicating the situation if you don’t know what to do.

A hunter needs to be prepared to take the animal apart right there on the spot. Punch your tag, take a few pictures to help remember the moment and then get to work skinning the animal.

First work one side and then the other. You may notice that I skipped the part about eviscerating the animal because I almost always do skip that part and get right to the skinning and taking the meat off the animal. It keeps things cleaner, and any parts you may want in there can be gotten later.

This is the same for any big game animal. It doesn’t really matter what kind of pieces you cut, just get all the meat off of one side, then turn it over and do the other side.

You will need cloth game bags, which are available in four packs in several places around town. Don’t use plastic bags because it holds in heat. Meat can be temporarily hung on brush or over logs until it cools a little, and then bag it to keep any bees or flies off.

If you have a nice fat bear, you might want to consider packing out the fat also. That fat can be rendered (look it up on Youtube) and used for baking, cooking and other things. It is the best. Do yourself a favor and don’t leave it behind.

The pelt, claws and skull can also be preserved to remember the hunt.

I make roasts, burger and different kinds of sausage and snack sticks that I enjoy all year long with the bear meat. For me, it is part of the hunt and extends the experience I enjoy so much.

So if you see a bear while hunting and are prepared to deal with it and have the tag in your pocket, then be prepared to enjoy what you harvest.