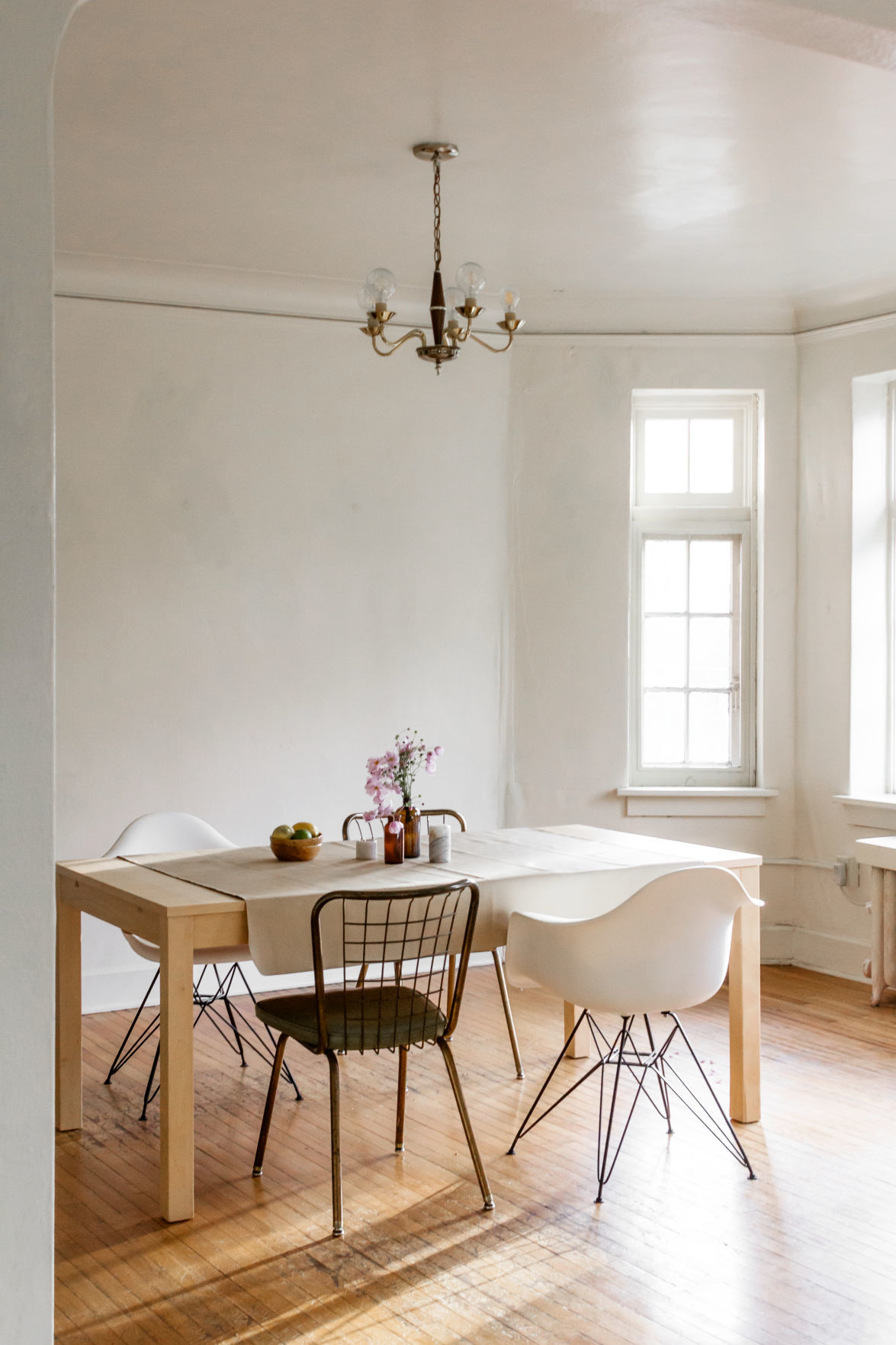 Lots of light is key for Pease, including the dining room. 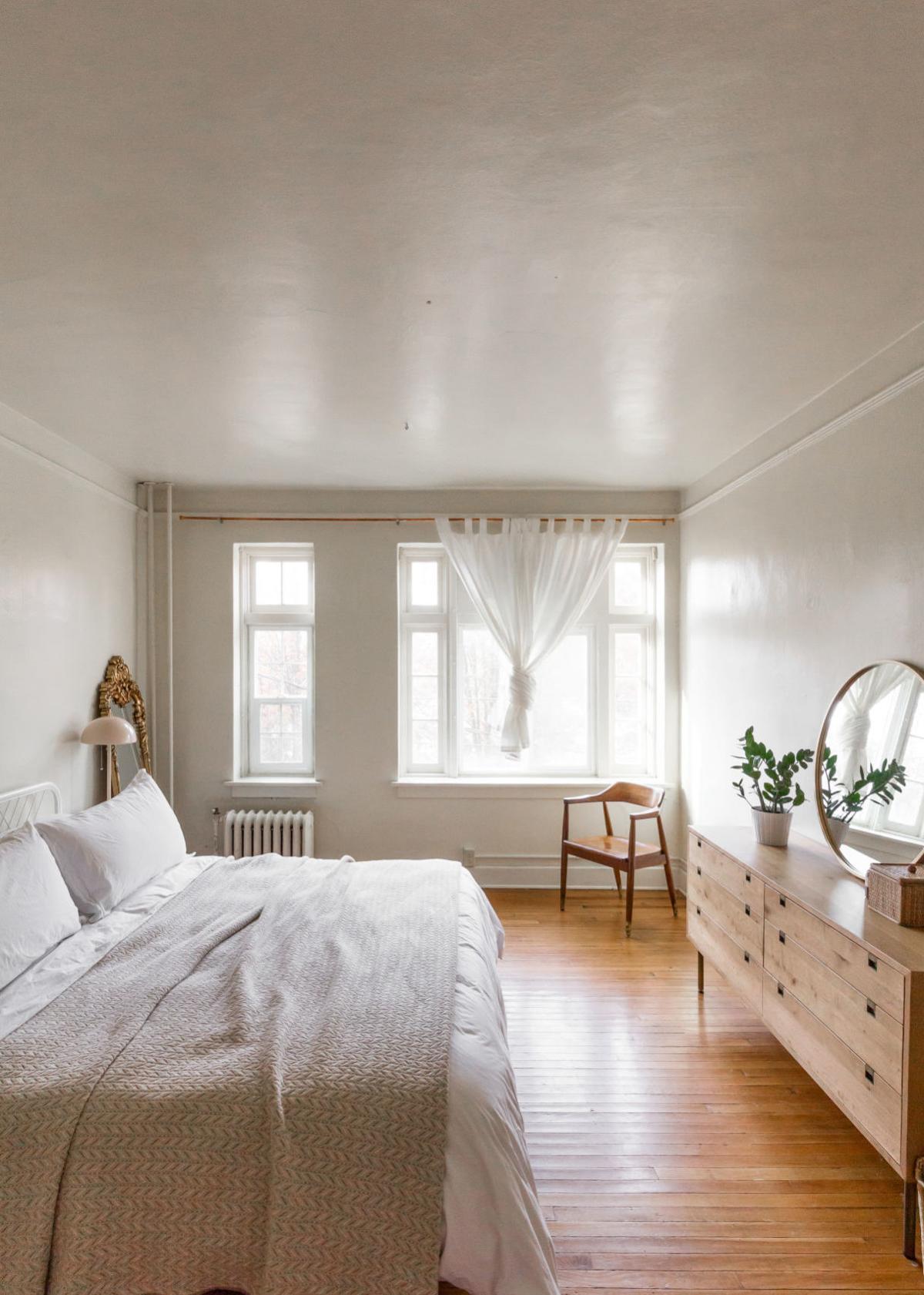 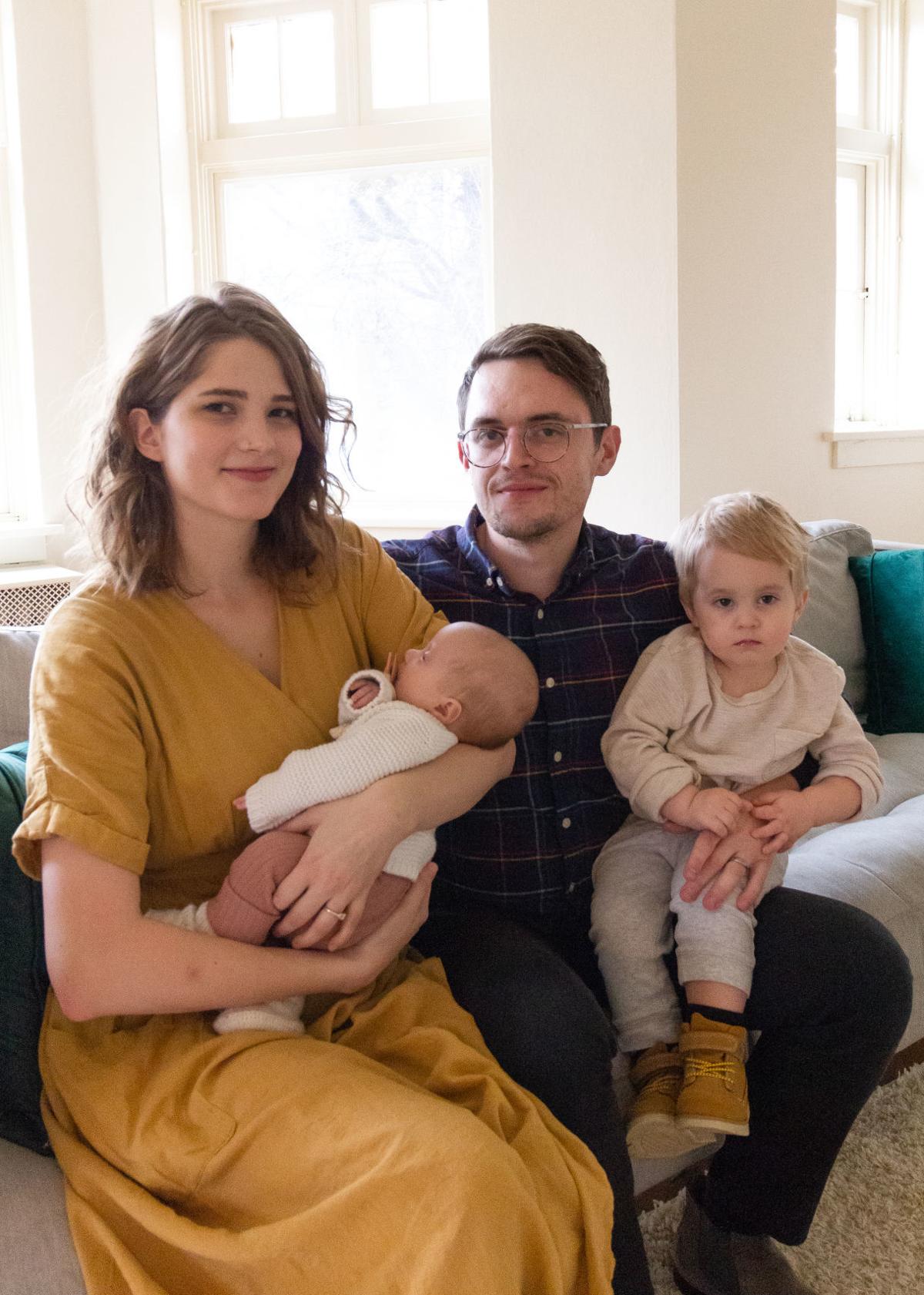 Pease with husband, Joshua, their son, Jude, and daughter, Rosalie. 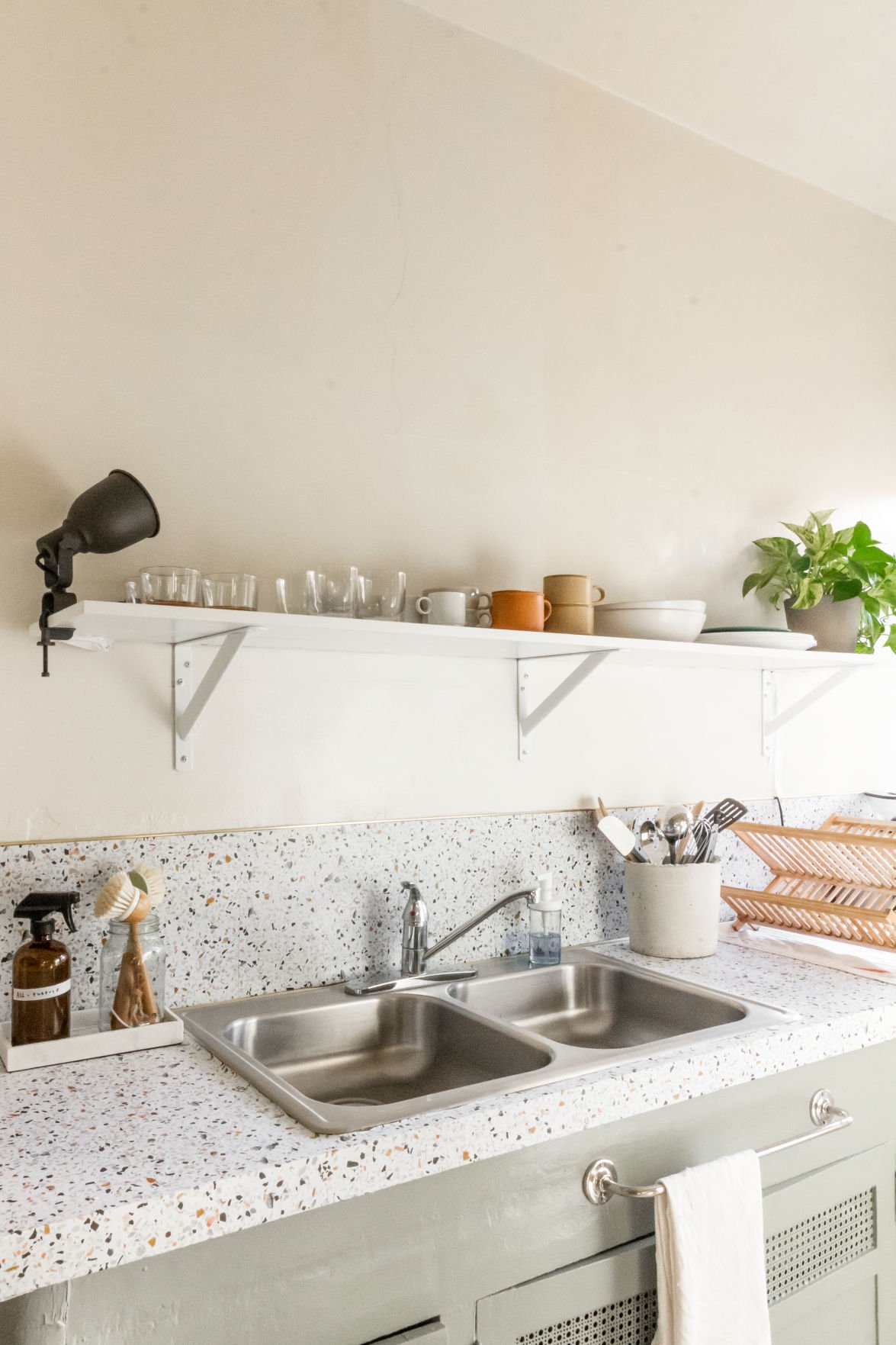 The kitchen is the most "cluttered" area by default. 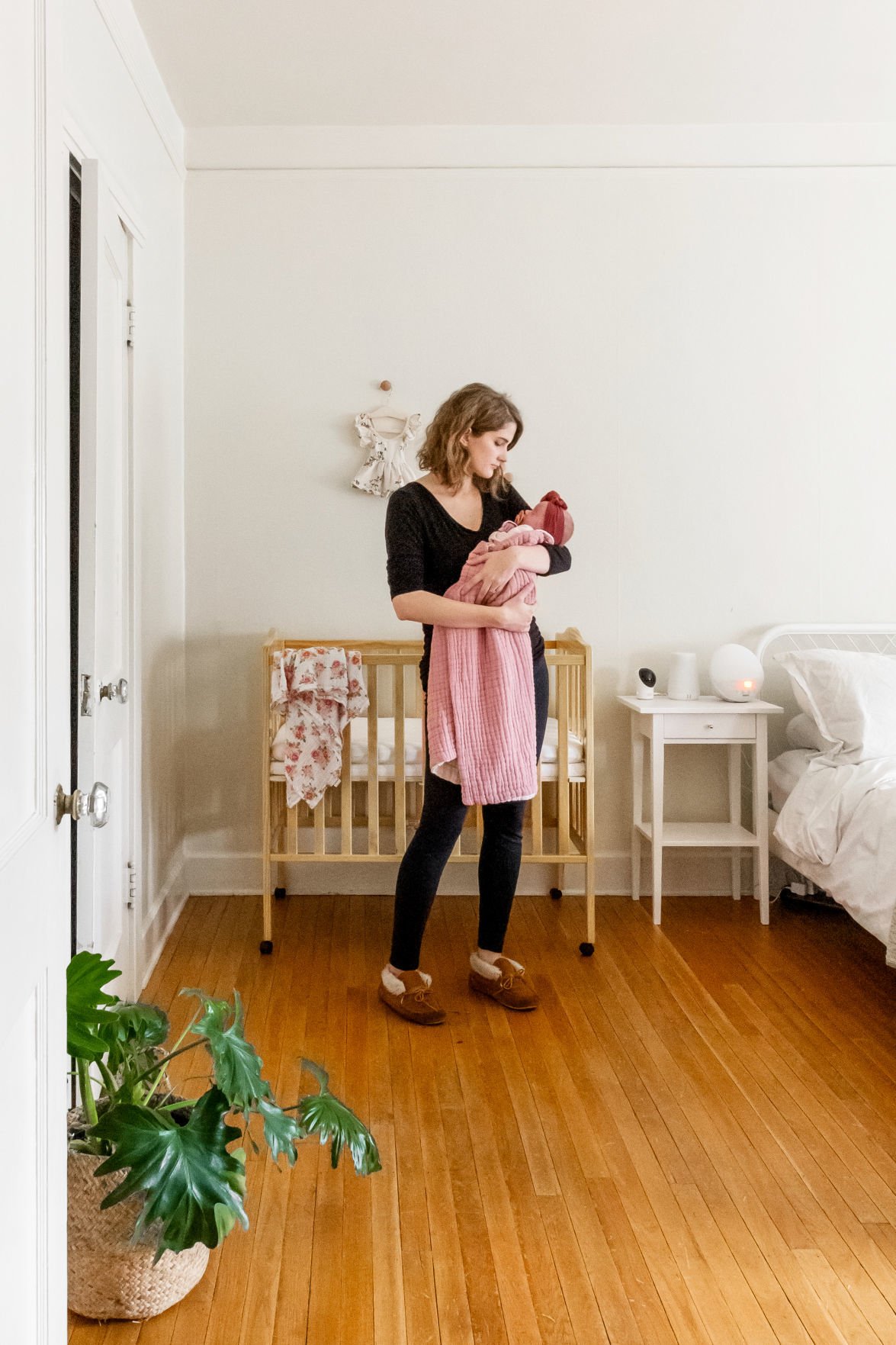 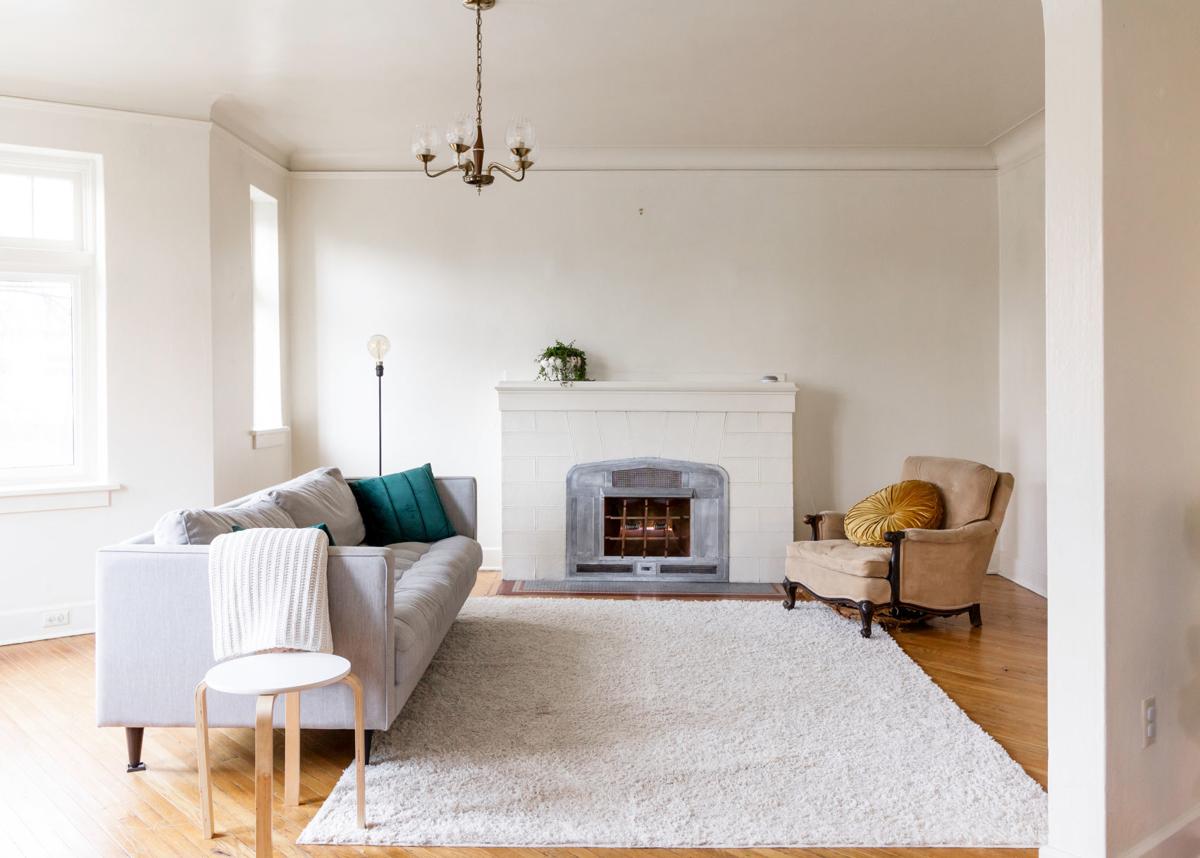 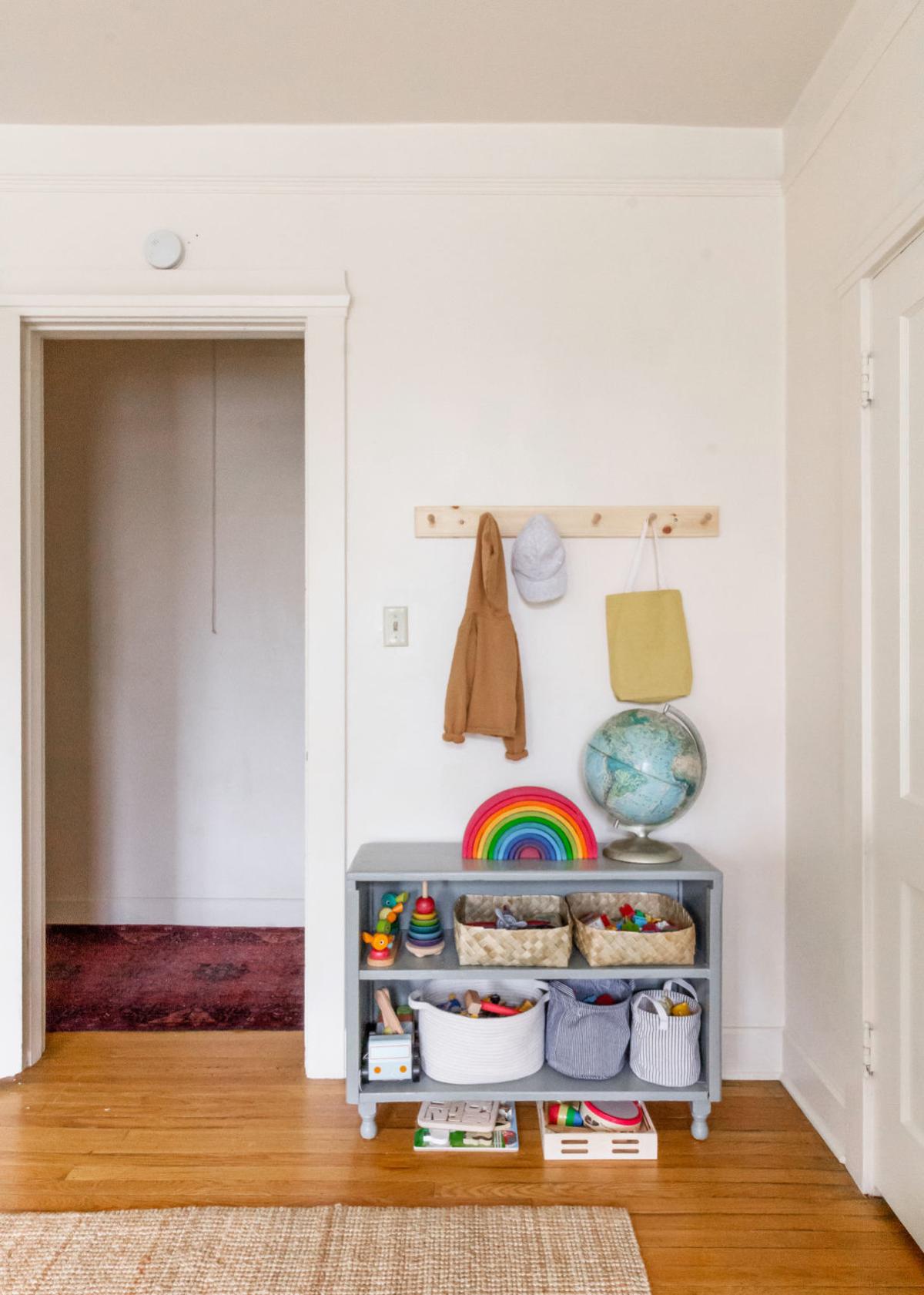 Jude's play area. Toys are kept in organized baskets, out of sight, out of mind.

Lots of light is key for Pease, including the dining room.

Pease with husband, Joshua, their son, Jude, and daughter, Rosalie.

The kitchen is the most "cluttered" area by default.

Jude's play area. Toys are kept in organized baskets, out of sight, out of mind.

Minimalism wasn’t something that necessarily came naturally to Chloe Pease, but once she caught the bug, she was hooked.

Pease, who is known online by her blogger moniker Chloe Rey, was in a similar position as many millennials — reading the work of Marie Kondo and her KonMari method of decluttering.

Pease found herself going through YouTube about five years ago trying to find KonMari methods of folding her clothes. It may not have been a labor of love at that moment, but something changed when she came across the teachings of Joshua Becker.

Becker is a well-known minimalist who also emphasizes the spiritual side of decluttering. Pease stumbled across a sermon that Becker, a former pastor, preached called “Minimalism, Spirituality, and Why It Matters.”

“It’s like something clicked inside my brain and I realized that not only were my excess possessions not making me happy, they were also distracting me from the things that I value the most,” Pease said. “Once we started to declutter our home, I immediately saw the benefits and was shocked as to how much time I was wasting trying to keep our home clean and mindlessly shopping.”

Pease and her husband, Joshua Pease, have jumped from apartment to apartment since getting married and they also now have two children — Jude and Rosalie — to move with them. She said the lack of excess makes moving a much less daunting task.

“In our almost five years of marriage, we’ve moved five times,” Pease said. “We have lived in smaller spaces that have definitely benefited from less clutter.”

Their current apartment is actually the third apartment in the same apartment building they’ve been able to utilize easily, which is a big plus because they love the architecture and she thinks the minimalistic approach enhances its look.

Pease picks her spots carefully when evaluating an area of life to declutter.

Minimalism can touch every aspect of your home life, from your pantry and fridge to your nursery and bathroom.

“Your kids are not worried about how many things they own,” Pease said. Perhaps that’s a lesson children can teach adults.

For their toddler, Jude, they keep toys to a minimum by having only a select few amount of toys out at a time. She said he will gravitate toward what he likes and he actually plays better with fewer things scattered around him.

For food —which she admits is a work in progress at times — they are trying to stick to a meal budget by making the same meals every day. For example: Monday could be chicken soup night and Tuesday could be spaghetti night. This way your grocery list never changes, and the food in your fridge always has a purpose — no crazy food budget and no confusion asking “what’s for dinner?” every night.

“Buying less and owning fewer things are just the fruit of a minimalist lifestyle,” Pease said. “For me, my relationship with the Lord is huge. Spending time with my family and loving the people in my circle is a big priority. If it (only) takes me 20 minutes to clean up our entire home after a crazy day, I can spend more quality time with my family in the evening.”

And that’s the key — purpose. No longer just living in a place because it’s a place to live, but making it a home, even if it’s a temporary apartment.

Pease knows some people may not be keen to make the move into minimalism, so sometimes a small step is key. She started with her closet and it grew — or perhaps shrunk — from there.

“I’d say that if you are contemplating simplifying your home and life, just go for it,” Pease said. “In my opinion, there are only benefits … I can’t even remember what those items were that filled up our first apartment.

“Don’t let a scarcity mindset hold you back from living a fuller life. Things can always be replaced, but people and moments cannot.”