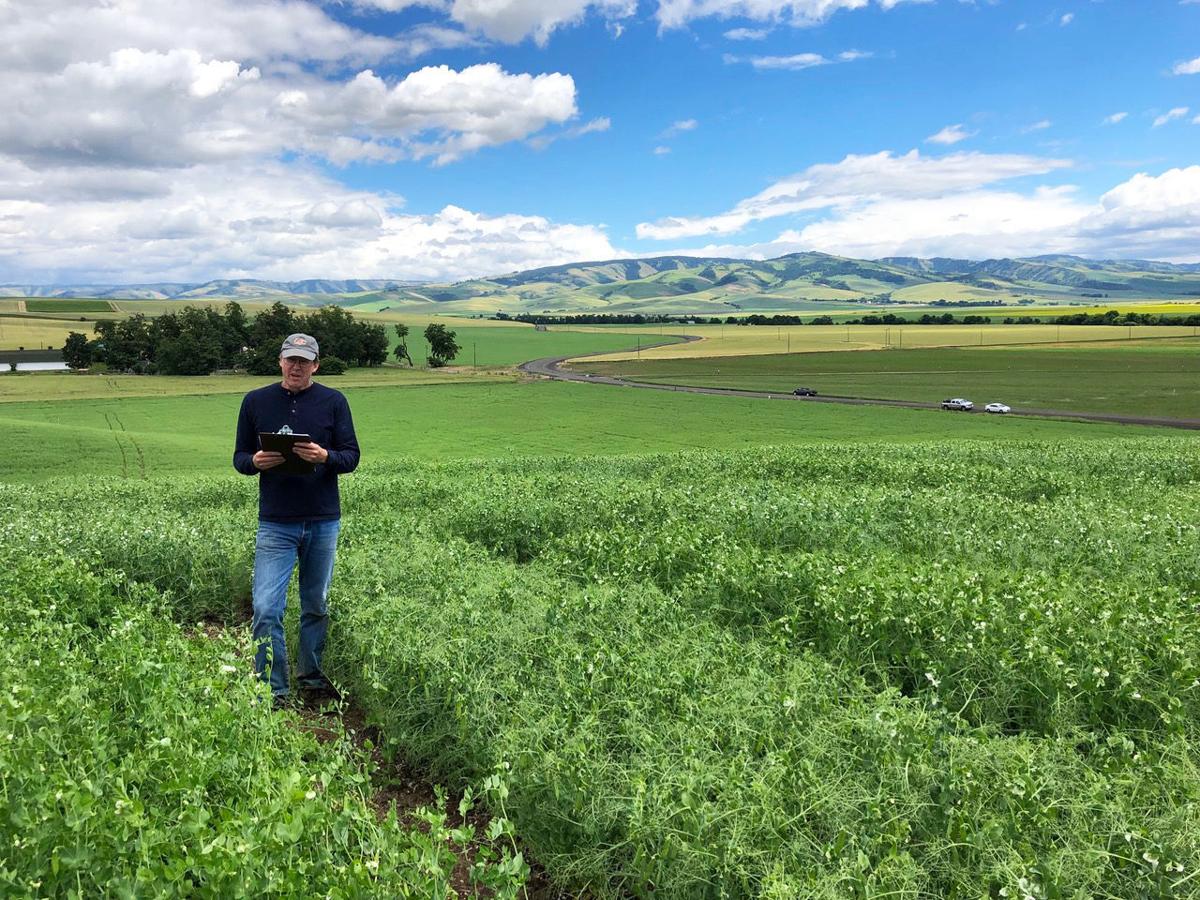 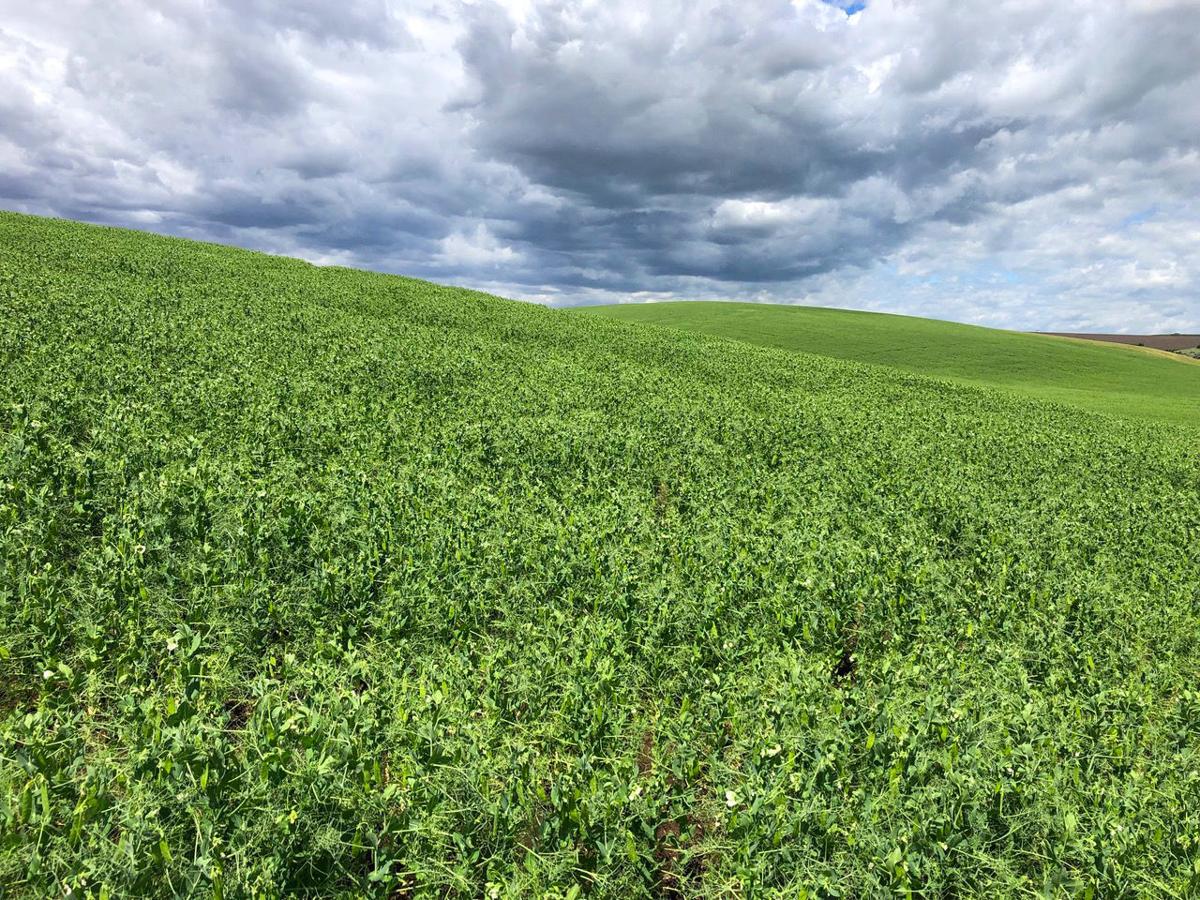 Not just a nutritious and delicious food, pulses have great value for farmers too.

Pulses — which include chickpeas, dry peas and lentils — originate in the Middle East and have been grown there since ancient times. Now they are grown in 173 countries around the world.

The dry farmlands and open fields of the Northern Plains region — Montana, North Dakota, South Dakota, northern Idaho, northeastern Oregon and the Palouse — are relatively new growers of pulses. Lentils were first grown on the Palouse in 1916, dry peas in the 1920s, and chickpeas in 1981.

Pulses are high in protein, fiber, minerals and vitamins and have been used for human consumption, livestock feed and as agricultural cover crops used to improve soil throughout the ages.

They are also valuable as a marketable rotation crop with grains like wheat and barley, the primary field crops of Eastern Washington.

Pulses are considered a low-input crop, fixing nitrogen from the air via root nodules, a feature that frequently enables them to be grown without added nitrogen fertilizer, keeping costs down.

Chickpeas, lentils and dry peas are drought resistant and can subsist with soil moisture from rain and snow. They don’t deplete much moisture either, making them a good crop to grow in rotation with higher soil-water using crops like winter wheat, enabling farmers in low rainfall areas to raise a crop each year. They are often dry-farmed, requiring no irrigation. Using pulses in rotation with grasses like wheat and barley also helps break plant disease cycles.

Some pulses, such as winter peas, are planted in the fall, whereas spring peas, lentils and chickpeas are planted in April or May and are harvested in August.

Pulses like peas and chickpeas are sometimes irrigated to increase yields, or in the case of chickpeas to increase pea size for use in canning or drying.

Smaller seeds are ground into hummus or used in other products like snack foods, meat substitutes or in pet food.

Cover crop varieties of peas are selected for cold hardiness and large biomass production and are an important addition to cover crop mixes for nitrogen fixation properties and to suppress weeds.

Pulses are often planted with minimal soil disturbance into the stubble of a previous crop, using seed drills. At harvest, plant residue is pulverized by the combines and is left on the ground surface to improve soil structure, increasing the soils permeability to water, and improving water holding capacity, limiting erosion and providing some nitrogen for the next crop.

At a July 2019 Washington State University Pulse Variety Tour held in Walla Walla at the Jones Farm, participants were shown a multitude of varietal plots of winter peas (20), spring peas (32), lentils (18) and chickpeas (11).

Steve Van Vleet, a WSU Extension specialist, Rebecca McGee, a USDA legume research geneticist, and Nancy Powell, a legume breeder with ProGene Plant Research based out of Othello, Wash., talked to the farmers and researchers about many aspects of pulse growing and breeding.

For the seeds themselves, breeders are looking to increase nutritional qualities like protein and mineral content, and digestibility, size, color and more. Plant geneticists and breeders are developing varieties for the growing conditions in each specific geographic region.

In the global marketplace, there has been a lot of competition to regional growers from other country’s pulse growing regions, and falling profits because of tariffs, but growers see pulses as an important part of their crop rotations and continue to hope for markets to improve.

Gary Ferrel, at Blue Mountain Seed Inc. in Walla Walla, a primary buyer and processor of pulses in the area, said with the decline of markets in India and China, and increased competition from countries like Canada, they are working hard to develop new markets in the Middle East, Europe and Japan.

Van Vleet says, “For promoting human health you can’t get better than legumes, and when it comes to crops, they are the most important one for soil health.”