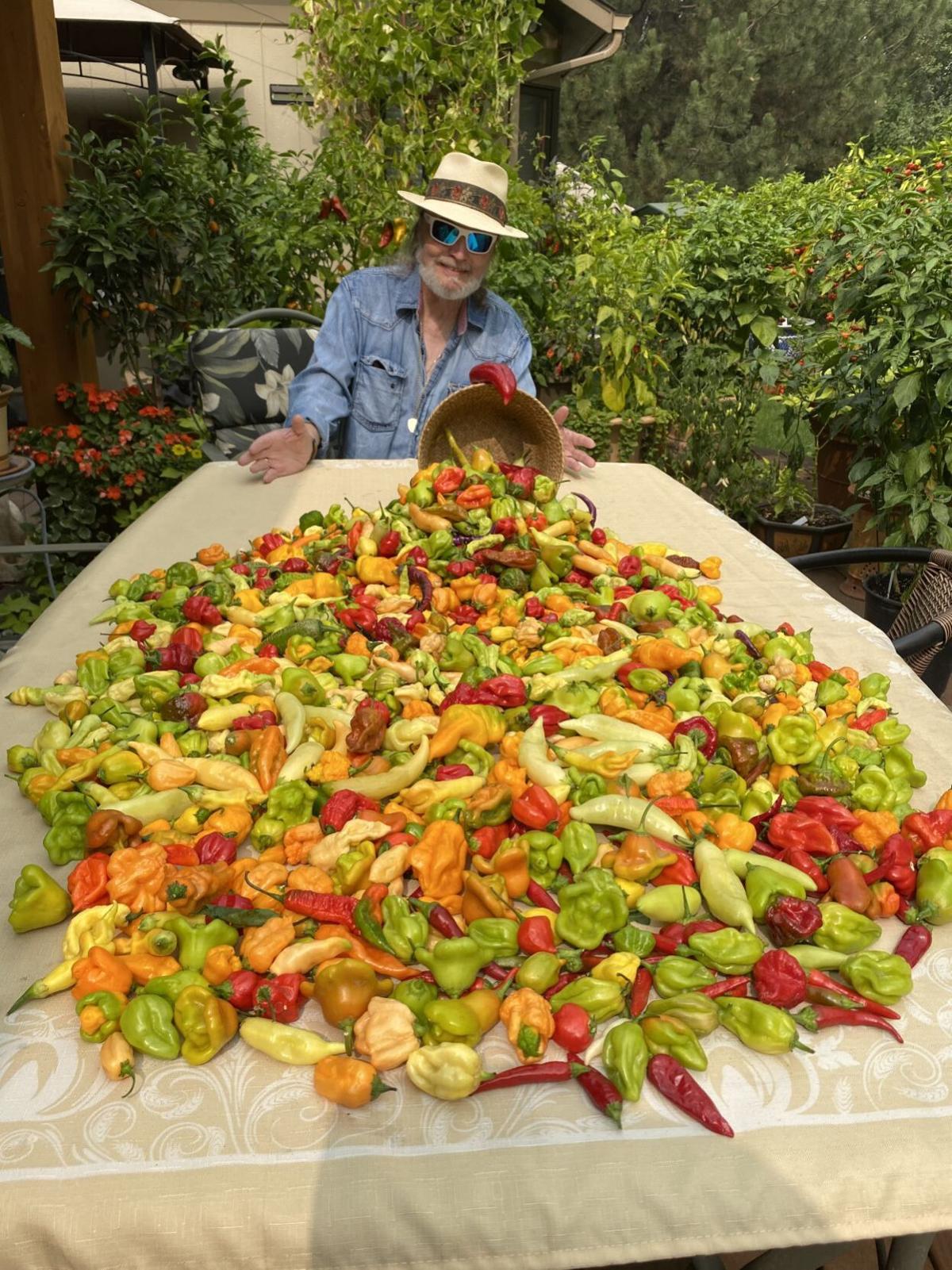 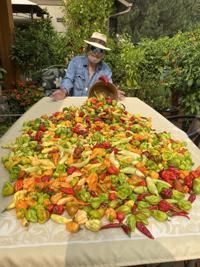 Terry Martin made 3 gallons of fiery hot sauce with this rainbow collage of hot peppers. 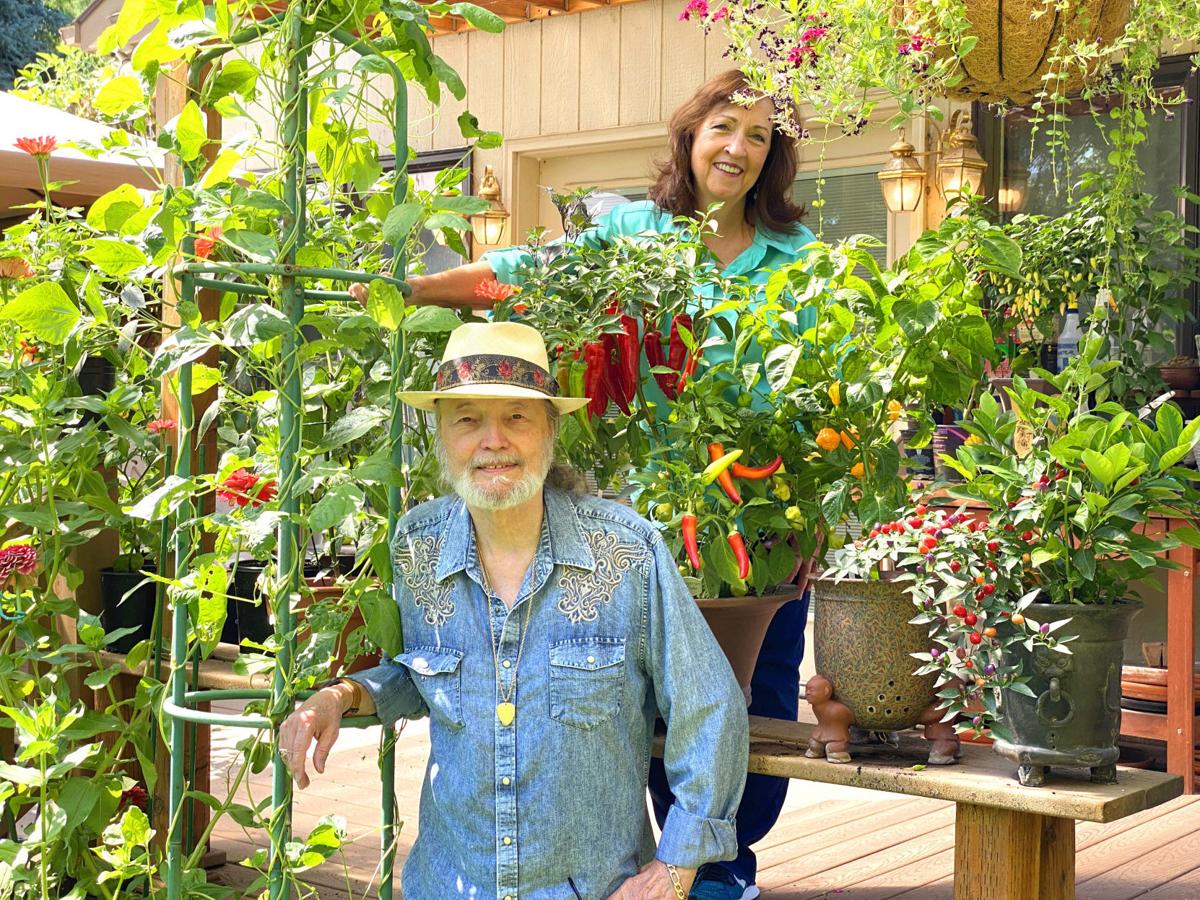 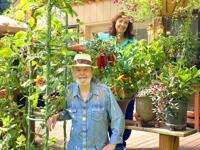 Terry and Kathy Martin among their many peppers. 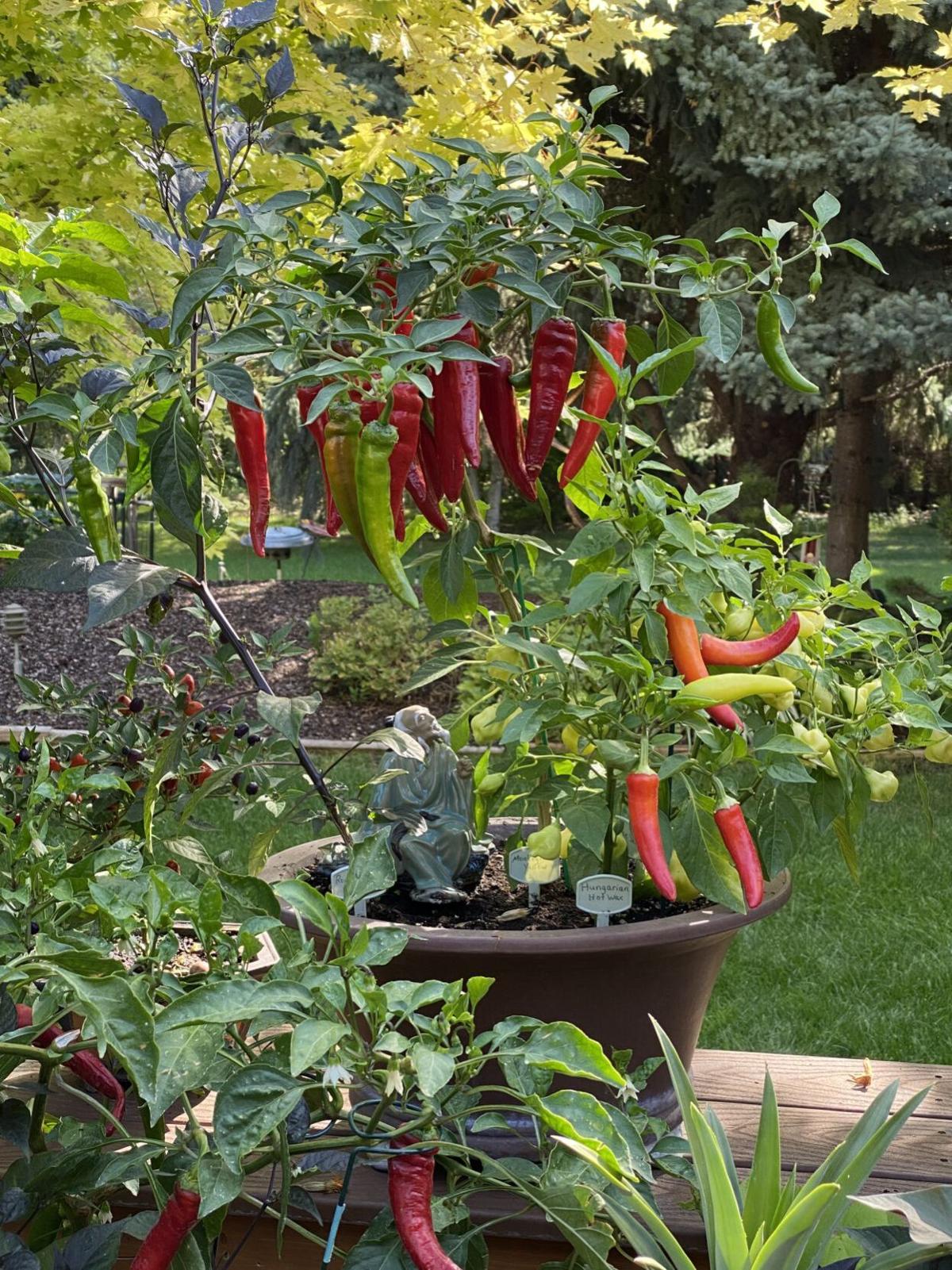 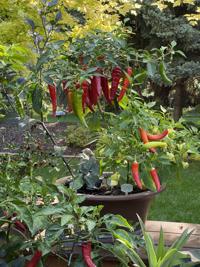 One of the many potted pepper plants around the Martin residence. 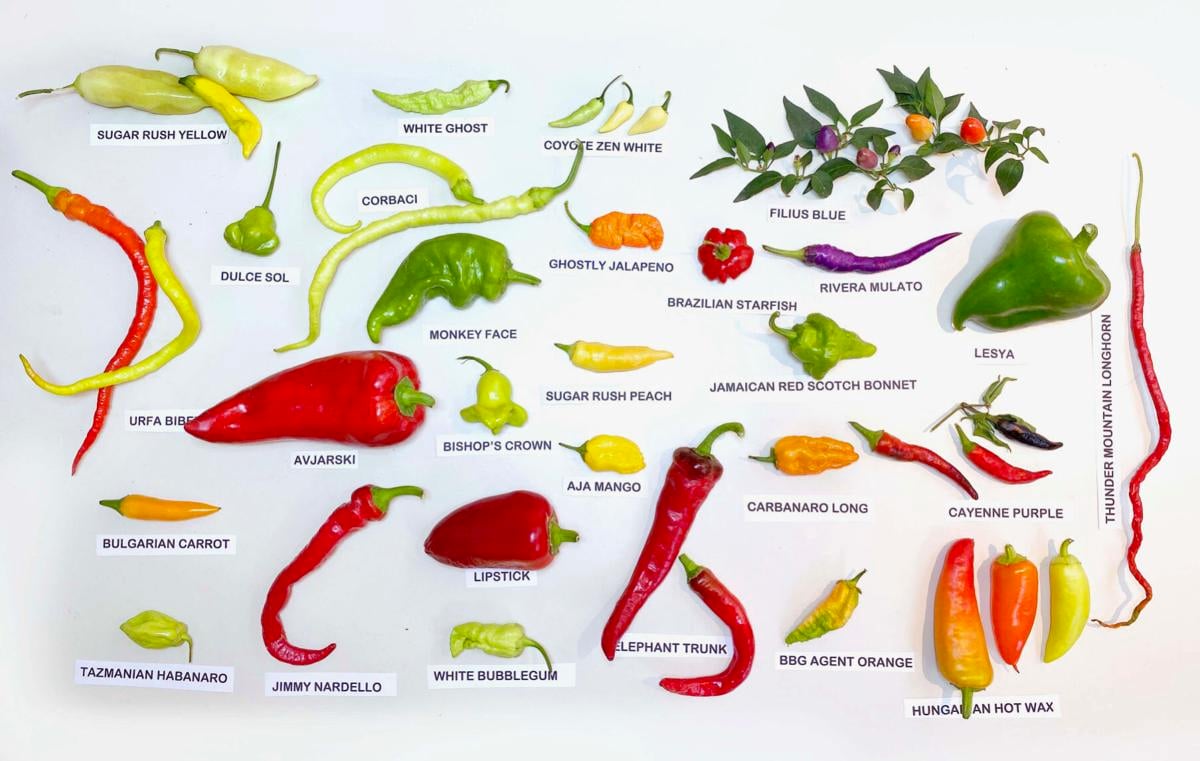 Above: An array of Martin’s pepper varieties. Below: One of the many potted pepper plants around the Martin residence.

Terry Martin made 3 gallons of fiery hot sauce with this rainbow collage of hot peppers.

Terry and Kathy Martin among their many peppers.

One of the many potted pepper plants around the Martin residence.

Above: An array of Martin’s pepper varieties. Below: One of the many potted pepper plants around the Martin residence.

Creativity beckons as you arrive at Terry Martin and Kathy Sinden’s house.

Delicata squash vines with emerald striped, cream-colored fruit spill over the edges. The whole ensemble of flowers and vegetables is both classically arranged and enough to make you laugh.

Yet these artistic displays are a quiet preamble to the — mostly hot — pepper garden on the back deck of the house.

For Terry and Kathy, growing peppers is not a utilitarian pursuit. Seen as a whole, the profuse and beautifully arranged garden grown in pots on the large back deck is a delight of artistry, discovery and fun.

The extensive collection is grown in an array of bonsai and orchid pots and large, wooden, raised planters on legs.

Each plant is skillfully pruned to showcase the color and variety of fruit. All plants are robust and healthy, with some as large as small shrubs.

The dangling fruits form the main show. The pale and bright yellow to orange, scarlet or even saturated purple peppers are each a work of dangerous art.

Each pot and resident plant is a feature in itself and one finds one’s vision almost confounded by the diversity of plant form and fruit color and shape. The eye doesn’t know where to rest.

A couple of potted pineapple plants with mini-pineapples and unusual citrus trees add to the exotic tone of the display. A few containers of pink geraniums highlight the foliage and pepper colors.

The main pepper garden around the outdoor dining table is not the only feature. Further down the deck, large terra cotta pots hold trellised tomatoes, pruned of excess leaves so the fruit has good light exposure and is accessible, each as much ornamental as edible.

On the ground level next to them are long wooden boxes on legs holding more of the expanding pepper collection.

If the collection of peppers and colorful pots of tomatoes isn’t enough, a gourd tunnel made from curved livestock panels creates yet another delight on the deck. Long, dangling gourds from around the world make walking through the arch a navigational process. The greenhouse where the plants were grown completes the tour.

Terry Martin has had a busy and productive life. After retiring from Martin Archery, a company he designed bows and accessories for, and selling ArcheryTalk.com, a very popular archery website he developed, he and his business partner, Ken Melhus started Walla Walla Guitars six years ago.

Each custom guitar is locally made and is a unique object of art worthy of display whether you play or not.

The goal for each guitar is that it is “visually exciting, unique and plays like an old friend.”

The pepper garden is an extension in a living dimension of the creativity and artistry of his business. This year, the Martins grew more than 50 pepper varieties.

Terry Martin said some people tell him this could be a new endeavor, but he said he “doesn’t want a new business at this point and doesn’t necessarily like to eat the peppers,” he just “enjoys raising weird stuff.”

The peppers come from more than 20 seed companies. Some were not easy to germinate and took more than a month to do so, but others were easier.

Miracle Gro potting mix and fertilizers are used for the plants. With all the varieties they grew, the number of plants “grew like guppies” and many were given away.

The Martins have found that the more gnarled or deformed the peppers are, the hotter they can be. From sweet peppers rated at 0 on the Scoville heat index, to monsters like the Carolina Reaper pepper at 2,000,000 and the Scorpion pepper at about 1-2 million, the heat peppers can possess makes harvesting and use cautionary.

For comparison, jalapeño peppers measure at about 5,000 on the index.

Some of the fruits resemble dangling lanterns, others are very long and pencil thin, some are slender with pointed ends, others contorted or wrinkled. A couple of favorite non-hot varieties are Jimmy Nardello and Corbaci.

Some plants are more than 3-feet tall and others less than 1 foot. The collage of colors and diverse fruits is endlessly fascinating, and as the colors change over the course of the season, the picture constantly evolves.

The Martins overwinter some of the peppers inside by a sunny window and around an indoor pool. Some grow well as perennials and are re-potted each year to larger pots to accommodate expanding roots.

Terry Martin said he likes to come out each morning and say, “Oh, my God!” when he looks at them.

The Martin’s pepper garden is one of unusual delights.