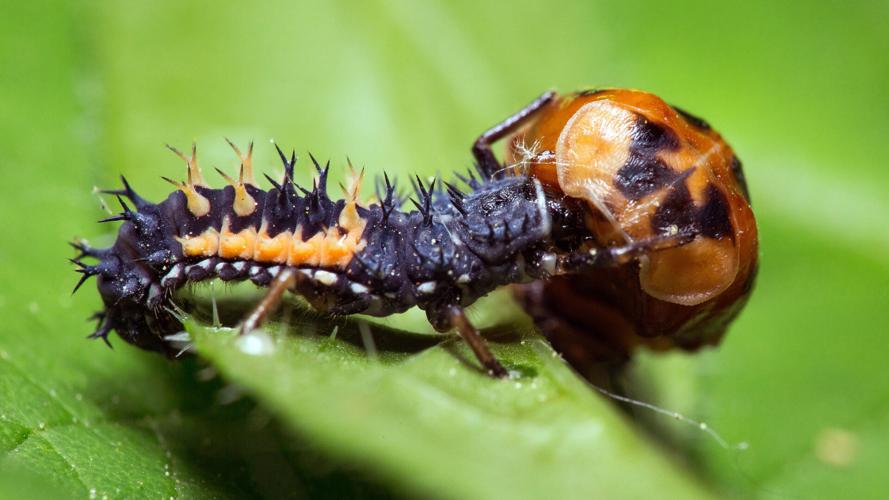 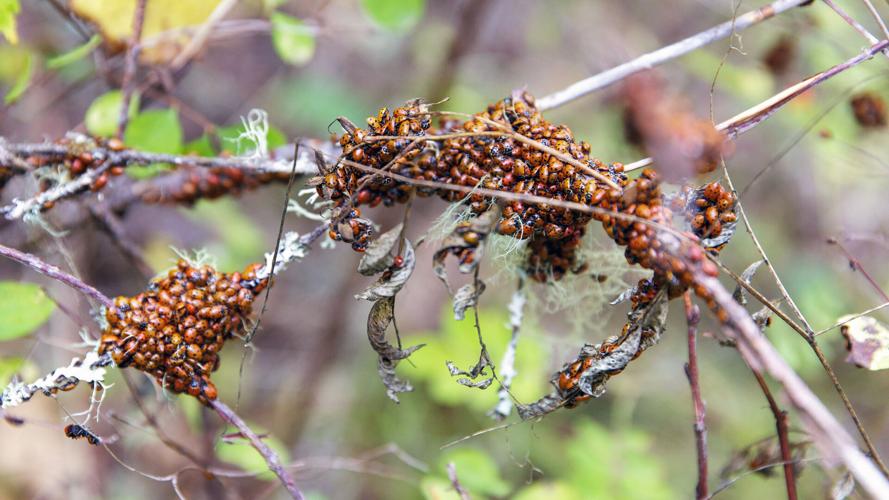 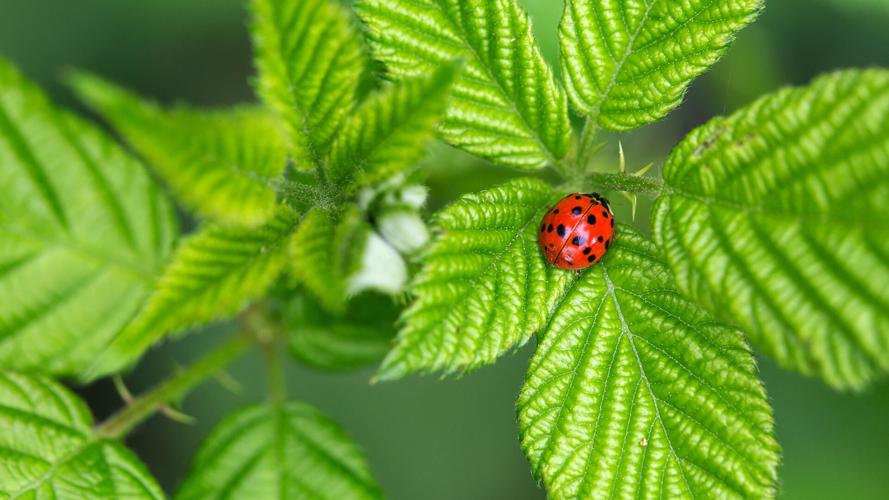 A ladybug on blackberry leaves.

A ladybug on blackberry leaves.

With cooling temperatures, declining daylight hours and foliage beginning to turn color in October, the fall seems firmly installed and the insects that rely on plants for food are in seasonal decline.

Yet if one ventures forth to near the end of Mill Creek Road and other select mountainous areas on a warm afternoon, a fiesta-like scene may greet you.

Lady beetles begin concentrating in overwintering areas, and if you happen to be there on a warm afternoon while they are settling in, a magical experience of thousands and thousands of red-orange lady beetles flying in the shafts of the golden autumn light may await you.

Commonly referred to as ladybugs, these small insects are, in fact, beetles in the family Coleoptera.

There are 400 species of lady beetles in North America, with two very common in the Pacific Northwest, the convergent and the transverse.

Some species have been introduced for pest control such as the multi-colored lady beetle, released in the 1970s and ‘80s in Eastern Washington by the U.S. Department of Agriculture, but instead have become established in Western Washington, where they can be a problem as they often congregate on and in houses during winter, structures mimicking their natural overwintering habitat of cliff faces.

Lady beetle larvae and adults feed on soft-bodied pest insects such as aphids, mealybugs, whitefly, scale, pear psylla and mites and can be effective predators of pest insects in agricultural and garden situations.

Lady beetles leave overwintering sites for valleys in March to early May, when mated females look for sites with aphids to lay eggs. Transverse lady beetles arrive in orchards as early as March, with larvae emerging in mid-May.

New adults emerge in June with larvae active as late as September. Numbers of eggs in clusters number from 200 to 500. Females must consume insect prey to lay eggs, though adults also require pollen and nectar from flowers such as those in the daisy (Asteraceae) or umbel families (Apiaceae) for nutrition and to build fat reserves for winter.

The bright yellow, tapered eggs hatch in five to seven days into larvae, a form they remain in for four to six weeks. Larvae are completely different in appearance than adults and are a stout, alligator shape with a tapering grey body with black spots. Voracious, each can consume hundreds of prey.

During pupation into adults, lady beetles begin to assume the orange coloration we are familiar with. There can be two generations per year. In late summer, lady beetles migrate to mountainous areas.

Lady beetles overwinter in valleys such as Walla Walla as well, though in smaller numbers. They find shelter on south and west sides of houses among fallen leaves.

Leaving some leaves around houses will help foster next year’s pest-consuming brood. The soft foliage of many plants is subject to aphid predation in spring, inviting in female lady beetles looking for a likely food source on which to lay eggs.

This can offer an easy opportunity to observe the life cycle of these essential, colorful and fascinating insects in our own yards.

How has Walla Walla celebrated Fourth of July over its long history?