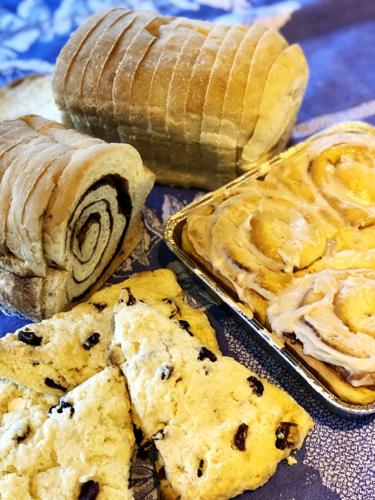 An array of Our Daily Bread's offerings. 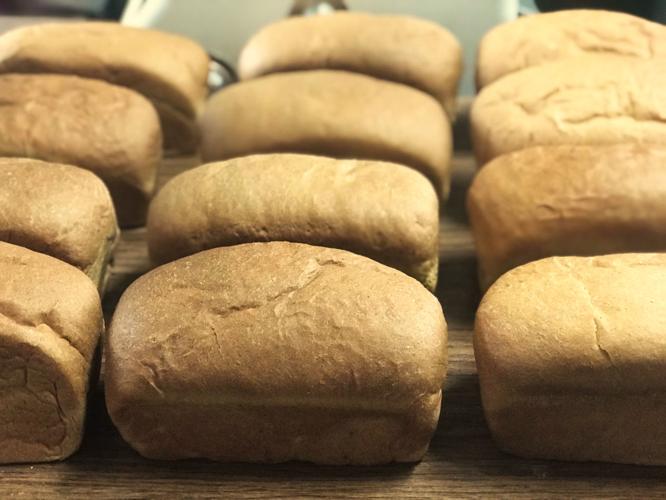 Bread cools after coming out of the oven. 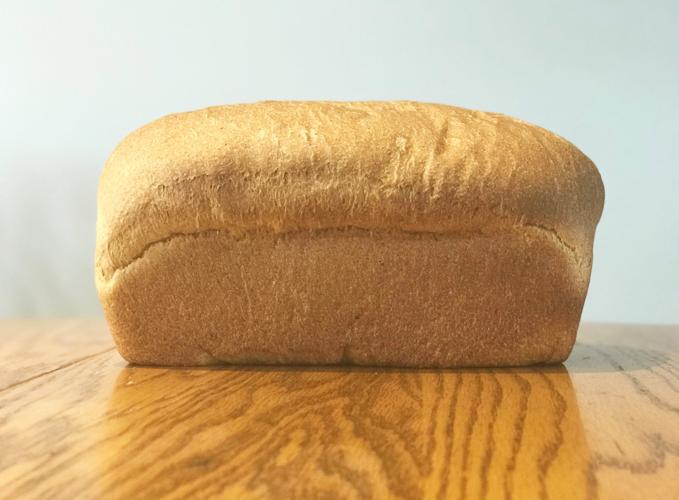 An array of Our Daily Bread's offerings.

Bread cools after coming out of the oven.

The Walla Walla Valley and its surrounding hills are an inland ocean of wheat.

In summer, under the fierce heat of the sun, undulating waves of golden, textured wheat fields cascade down hillsides, lap at the mountain roots, whisper in the breezes and sip from the soil.

Wheat fields surround us all with gold and echo our earliest agricultural roots.

Some of this abundance of grain is sent to Pendleton Flour Mills in Pendleton, Oregon where it is ground into flour.

Agnes Ebersol, owner of and baker at Our Daily Bread, bakes a variety of flavorful breads, cookies, scones, cinnamon rolls, muffins and gluten-free granola with flour made from local grains, and offers these rich loaves at the Walla Walla Farmers Market and Andy’s Market in College Place. Each slice and pastry is a distillation of the agricultural richness of the region.

Agnes’ family has a long tradition of bread making. From a Russian then German background long ago, there has been a lengthy history of bread making in the family. Bread was eaten with three meals a day and in between.

Agnes’ mother always baked bread and Agnes first started helping her bake when she was in the first and second grades. She described always being fascinated by yeast doughs and enjoyed the baking process.

After school, she worked as a nanny and made bread for the families where she got a reputation for delicate and wholesome loaves. For a yard sale when her kids were young, Agnes made bread to sell. People avidly bought the bread and then stopped by in later weeks to see if there was more to buy.

“Bread is such a staple,” Agnes said.

When she and her family moved to this area from a country setting, she realized the kids needed some more occupation before and after school, so she started a bakery with her sister.

The kids had small tasks during the school year and during the summer a little more. The bakery was a great opportunity for them to learn to work and then develop social skills behind the cash register as they grew older. Her daughter loved interacting with people and has pursued a career in that area.

Agnes’ breads and baked goods are made in her commercial kitchen. She makes all the mixes herself and everything is made from scratch using family recipes or those she developed.

The multi-grain bread is her mother’s recipe and is a low-salt, nutty-flavored bread.

Her wheat bread is an old-fashioned standard and has honey and molasses for sweeteners.

An Italian herb bread is flavored with herbs like dried onions, garlic, basil, and oregano and it and the sandwich bread are great with grilled sandwiches.

For those of us with a kid still within us, the cinnamon swirl bread or cinnamon rolls answer, as well as chocolate chip and molasses cookies.

The sourdough bread is made from her own starter and has a bright, tangy flavor great with butter and honey as toast or makes the most delicious French toast. It has a longer shelf life than most breads.

At Andy’s Market, a fan of Agnes’ scones described them as so light they practically float above the plate.

Agnes says, “God meant for food to be one of the joys of life.” Her golden breads and baked goods bring you in touch with just that.