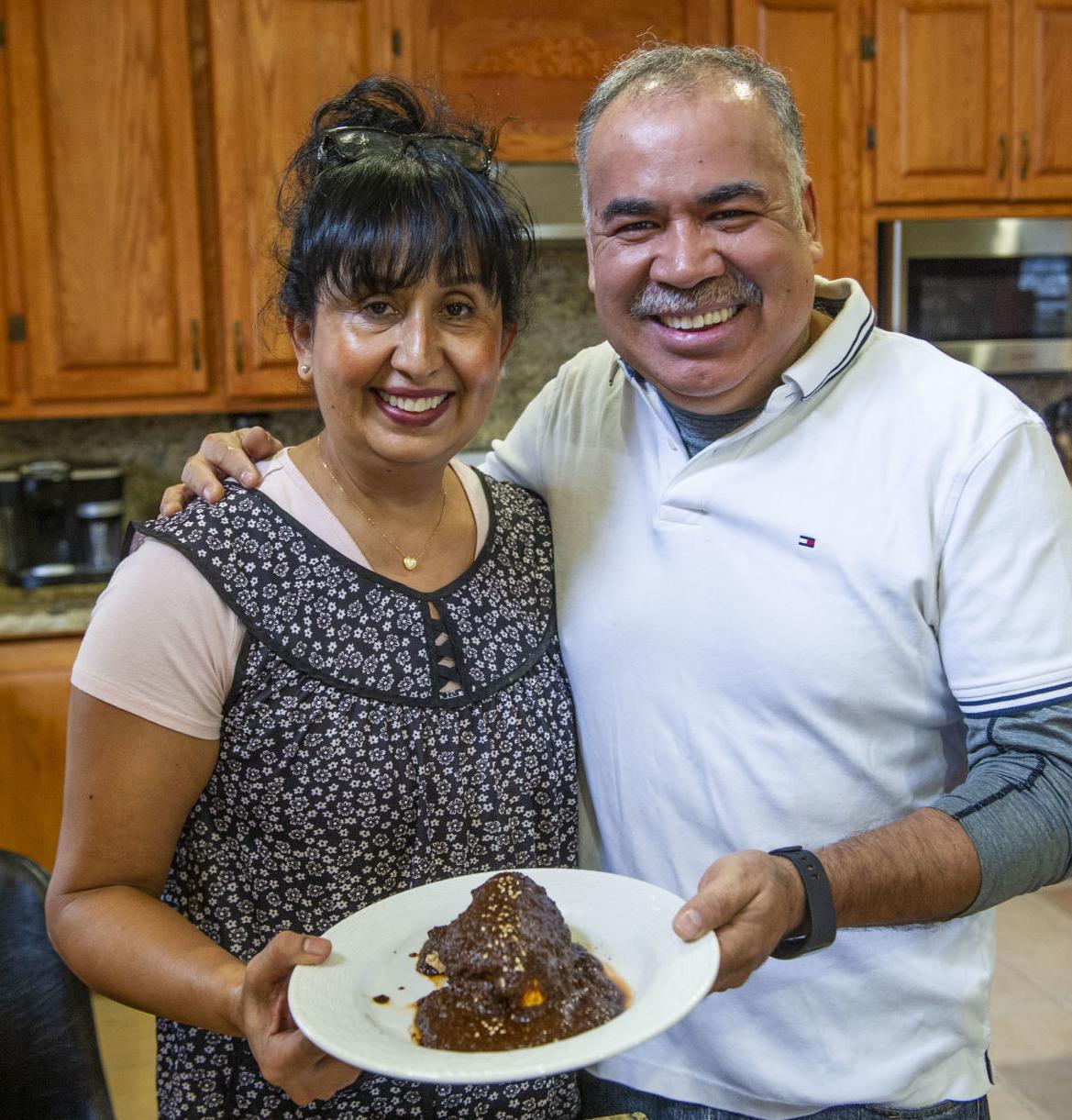 Maria and Arturo Alonzo and molé. 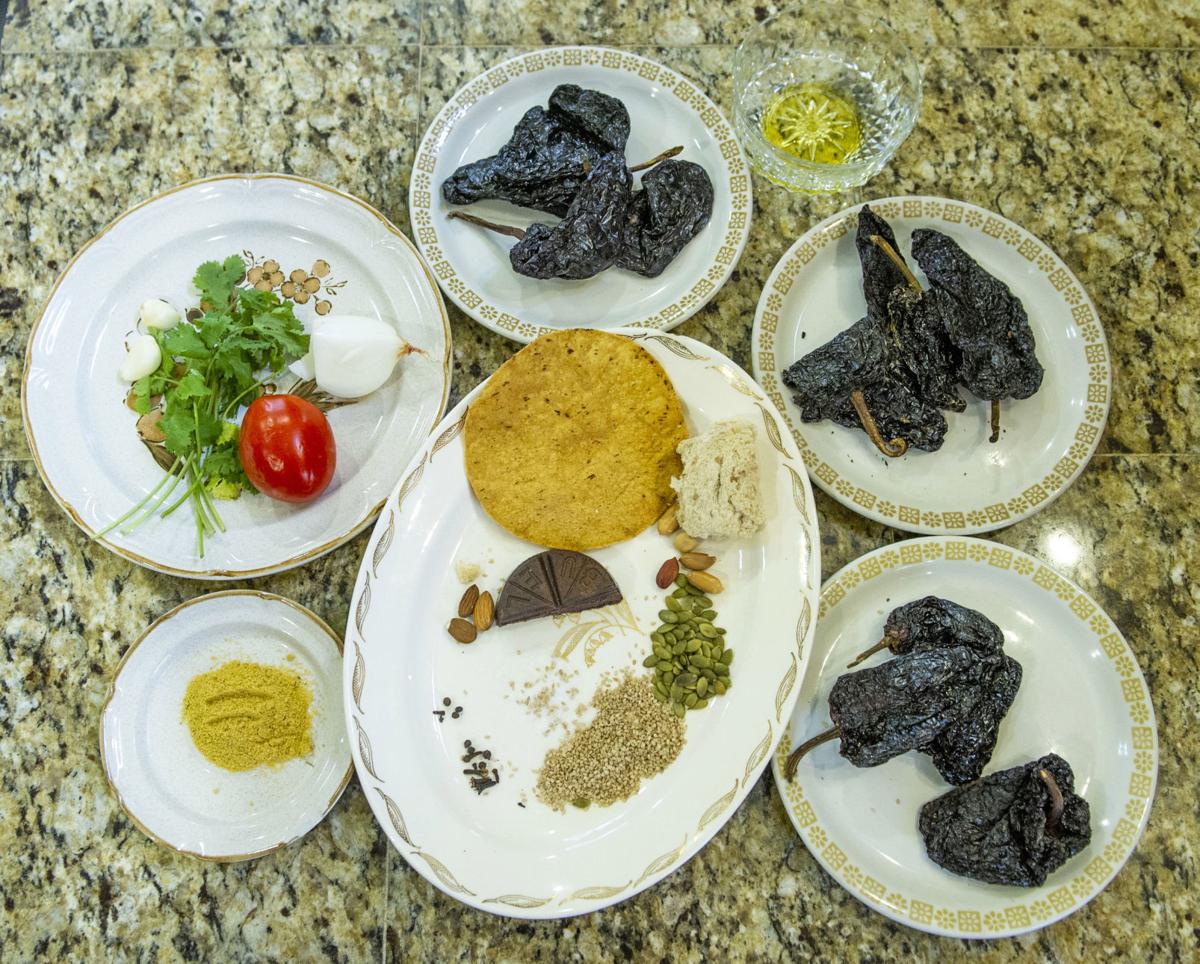 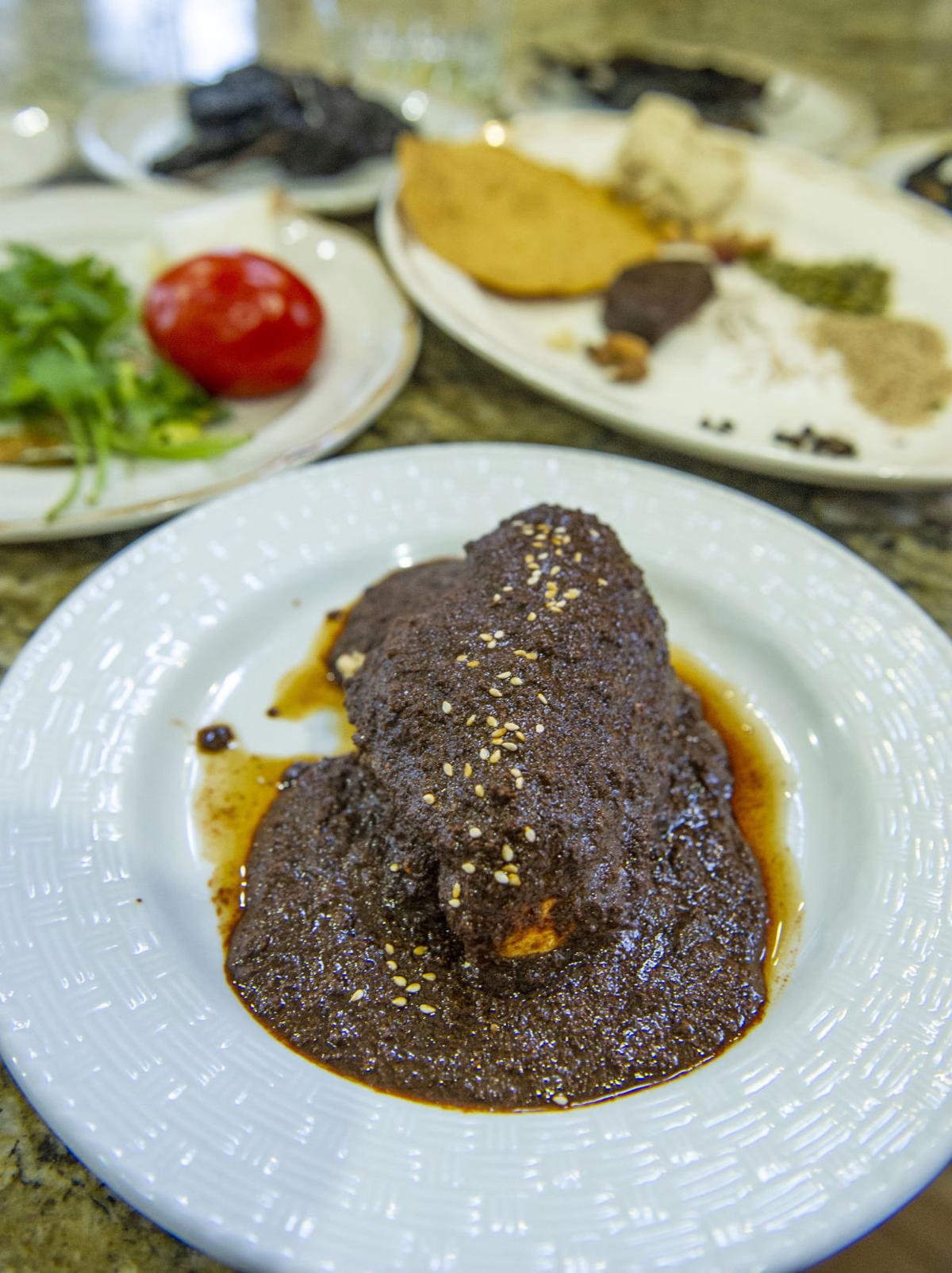 The mole poured generously over a chicken breast.

Maria and Arturo Alonzo and molé.

The mole poured generously over a chicken breast.

Are you tired of Valentine’s articles that are based around chocolate and wine pairing?

Often these articles conclude with one of two thoughts on chocolate and wine pairings: the lovers and the haters. The lovers and the haters both base wine and chocolate pairing on their individual palates, but some of the “haters” will bring out the big guns trying to negotiate with your distinctive palate quoting scientific facts on why you’re not supposed to like chocolate and wine pairings. Their example of science is: It’s all about the flavonoids and tannins. Say what?

Flavonoids and tannins are plant-based compounds with powerful antioxidant properties that are found in many fruits and vegetables, such as grapes and cacao beans. These compounds can make the mouth feel rather dry.

Basically, the tannins from these fruits can bring a slight bitterness in the middle of your tongue and restrict the saliva in your mouth. Critics of chocolate and wine pairings may also bring up the example that when sugar is added into chocolate, a sip of dry red wine can turn bitter on the palate after a bite of sweetened chocolate.

So what do you do when the pair comes together and tastes sumptuous? Ignore the haters. It is your palate after all. But what happens when the chocolate is made into a spicy and savory dish?

Mole (pronounced moe-lay) is a sauce made with a variety of chili peppers such as ancho, pasilla, chile negro, and accented with chocolate. It’s best known for being served over chicken, pork, turkey, and a variety of enchiladas.

Mole is one of the most representative dishes of Mexico, especially plated up for major celebrations. The recipes for this spicy blend did not appear until after the Mexican War of Independence in 1810.

Arturo and his wife Maria Alonso met over 30 years ago in Mexico when Maria’s brothers invited Arturo and his father to their home for lunch. Maria prepared her mother’s recipe for chicken mole for her guests and it was a perfect match — a match for her guests enjoying this savory dish, and most of all, a match between Maria and Arturo.

Maria was born in Jungapeo located in the eastern part of the Mexican state of Michoacán, an area that celebrates various styles of this special sauce. Most of all this area is also known for its pozole, a traditional soup made from hominy corn, meat, and seasoned with chiles. When served, the hearty soup is garnished with chopped cabbage and onions, and accented with a squeeze of lime.

By trade, Arturo was a shoemaker in Guanajuato, a city in central Mexico known for its silver mining history and colonial architecture. The largest building in Guanajuato is the Alhóndiga de Granaditas which was originally built to store enough grain to feed the city for a year. However, it only served its original function for eight months and became the battle site of the Mexican War of Independence in September 1810.

Arturo first heard of the American town of Walla Walla when his father left their home in Mexico in the 1960s to gain employment at Rogers Walla Walla Canning Company during the asparagus season. Arturo would later visit his father who resided at the Walla Walla County Farm Labor Camp.

Arturo’s impression of the Valley was “a nice place to live,” and especially took notice of the Valley’s abundance of crops including onions, apples, and asparagus.

In 1987, Arturo and his bride Maria would move to the United States and make Walla Walla their home. The couple became U.S. citizens, purchased a home, and raised their two daughters, Mara and Stefanie, now adults, who were both born in Walla Walla.

Maria and Arturo are long-standing employees of the Walla Walla School District with Arturo employed as the assistant head custodian at Walla Walla High School and Maria employed as the kitchen manager for Edison Elementary School. She was previously employed at Garrison Junior High.

Maria isn’t just known for her mole. In 2009, the school district took note of the large population of students at Garrison who were originally from Michoacán. A conversation was started to bring more authentic Mexican cuisine to the Garrison cafeteria instead of the usual “American” fare of burgers and tater tots. It was Maria who introduced her mother’s recipe of pozole, a healthy and fresh alternative. The soup brought a flavor of home to many of their students and exposed other students to new food from another culture.

Maria’s original family size recipe was then drafted to serve at least 200 students, and the piquant soup found its way onto the school district’s menu to be served as “cook’s choice.”

The person who is fortunate enough to enter the Alonso home will immediately feel welcomed as they are escorted to be seated at a long oak table with seating for at least 10 people located in an open dining room and large modern kitchen enhanced with natural lighting. In the center of the long table is a decorative wooden case toting bottles of wine and tequila.

Arturo is very generous and hospitable when it comes to entertaining his guests. Whether Maria is serving mole over chicken, pozole, or authentic cheese quesadillas topped with a salad of lettuce and fresh cilantro, freshly-made guacamole, and her own red chile sauce. You will leave happy and content feeling the many connections from Mexico with love. 

Hot chiles and rich chocolate make this authentic mole sauce perfect for topping stewed meats or enchiladas. Maria’s recipe is from memory and handed down from her mother. Hopefully, our interpretation did it justice.

In a pan drizzle about 1/3 cup of olive oil on low heat. Grill dried chiles in oil until they have a slight black tint. Place chiles in a bowl, adding around ¼ or more chicken broth to cover all chiles. Let chiles soak for 15 minutes.

In a blender add sesame seeds, peanuts, almonds, peppercorns, cloves, tortilla and bread with 2 cups of broth or less depending on desired thickness. Blend well until smooth. Add this mixture into a deep pot and bring to a slow boil, then to simmer. Once again in the blender add chiles including the oil and blend until smooth (may add broth if necessary). Add blended chile mixture into the same pot. To this mixture add ½ tablet of chocolate and allow chocolate to melt. Stir chocolate well into the sauce to combine. Let the finished sauce simmer and reduce until thickened, 10-15 minutes. Season with salt to taste.

Add 11/2 gallons of water into a deep pan. Once water has come to a boil, add a pinch of cilantro, pinch of salt, ¼ cup of onions, one garlic, one tomato cut in fourths, with all 10 chicken pieces until fully cooked. Drain chicken broth into a bowl to later use.

Use another pan and drizzle 1/3 cup of olive oil on low. Grill chiles until there is a slight black tint. You will then place chiles into bowl, adding enough chicken broth to cover all chiles. Let chiles soak for 15 minutes in chicken broth.

Add all spices together with two cups of chicken broth until fully mixed in blender.

Use deep pot adding ¼ cup of oil and pour spices/broth into out. Once boiling, blend chiles and add into pot as well.