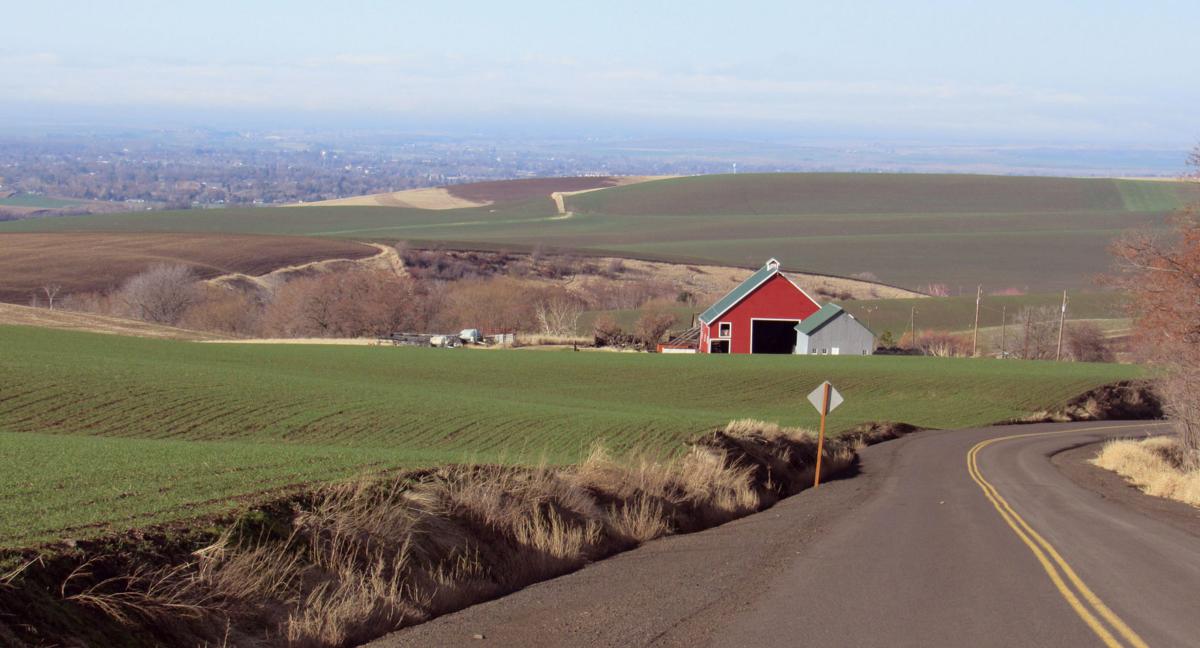 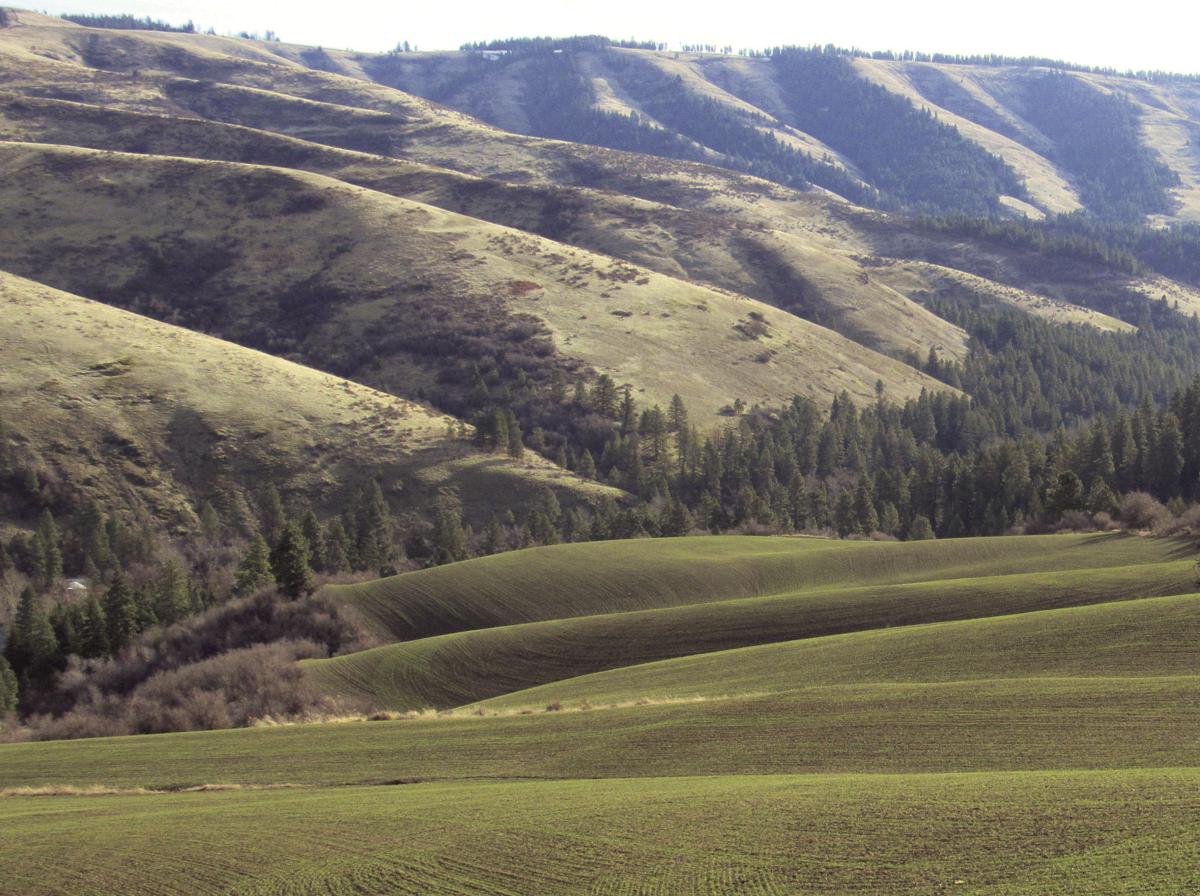 When I heard about Scenic Loop, the name captured my imagination.

Sure, I figured to see no grand waterfall, no picturesque, diamond-studded lake or granite peaks wearing caps of snow. And because of its boastful name I was tempted to find it ugly.

But Scenic Loop lives up to its name.

The nice, short drive gives an eagle’s-eye view of the Walla Walla Valley, the wide and winsome place so many call home.

The circuitous drive from Walla Walla takes just a couple of hours to complete. You can stretch out the trip if, like me, you stop to examine every flower, elk track or red barn — or if you’re a shutterbug and enjoy pointing your lens at fields of wheat, sculpted canyons, towering pines and other objects that pose demurely.

Since I live in Milton-Freewater, my drive requires a couple more hours than if I lived in Walla Walla. When there is a break in the fog, which this day is rolling in and out like a rudderless ship, I hit the road. Not in a hurry, I take the “long way” along the foothills of the Blue Mountains, past wide-open vineyards and sheltered farmsteads, each with its own tale to tell.

Don’t let the directions intimidate. It’s easier than it sounds.

The drive rises through wheat fields, acre after acre of future carbohydrates and protein, inexorably inclining until finally, in your rearview mirror, you see a glorious panorama of the Walla Walla Valley. From here, the town looks like a child’s toy village studded with water towers.

The pavement gives way to gravel at a most unusual sign. It’s my first introduction to Walla Walla Jesus.

Being an obsessive-compulsive reader, and this being the only reading material for miles, I stop the car, get out and read. What I learn is fascinating. It seems William W. Davies, leader of a schismatic group of Latter-day Saints, moved his “family” from Montana in 1867 after a series of revelations informed him to lead 40 followers here and establish the Kingdom of Heaven.

Yes, I think, looking around at hills touching sky, the name makes sense.

Davies grew up a Methodist in Wales and later became a Mormon. Eventually, however, he split off from mainstream Mormonism to pursue his belief in reincarnation. All went well, for a time, for Davies and his communal society, making the most of 80 acres in this inspiring location.

Adding to the interest, on Feb. 11, 1868, his son Arthur was born, and Davies declared the infant to be the reincarnated Jesus Christ. The announcement had predictable results. The size of Davies’ group of loyal followers doubled, with most new converts arriving in the Walla Walla hinterlands from San Francisco and Portland.

Davies’s second son, David, came along in 1869 and was pronounced to be a reincarnated God the Father.

The Kingdom of Heaven, however, was not destined for a long life. In 1879, Davies’ wife, Sarah, died of diphtheria, and in 1880, both Arthur and David died of the same disease. The group began to collapse, and Davies is buried in the Lyons Cemetery north of Mill Creek.

I drive on, looking for my own kingdom on a hill. I climb and climb until I reach a pass, which stands about 1,000 feet above the Valley, get out and enjoy excellent views of the grass-tree mosaic of the Blues. Steep-faced meadows cling to Blue Creek Canyon. I scan Klicker Mountain and the Mill Creek Valley toward Kooskooskie and the dramatic topography of the Blues.

I jump back in the car and am glad for its adequate brakes as I descend through wheat fields precariously gripping sidehills. How farmers take crops off these cliffs never ceases to amaze. The road then enters pine woods and descends, serpentine fashion, to the valley floor.

From here, I follow picturesque Mill Creek Road, passing a few bicyclists coasting back to Walla Walla, and then make a beeline for home before the fog returns.

Those with more time can explore the connector roads — Five Mile and Seven Mile — which also tie in to Scenic Loop and provide panoramas of the Blues.

I get home just in time for the fog to roll back in. The mountains east of town disappear. I might as well be in Iowa.