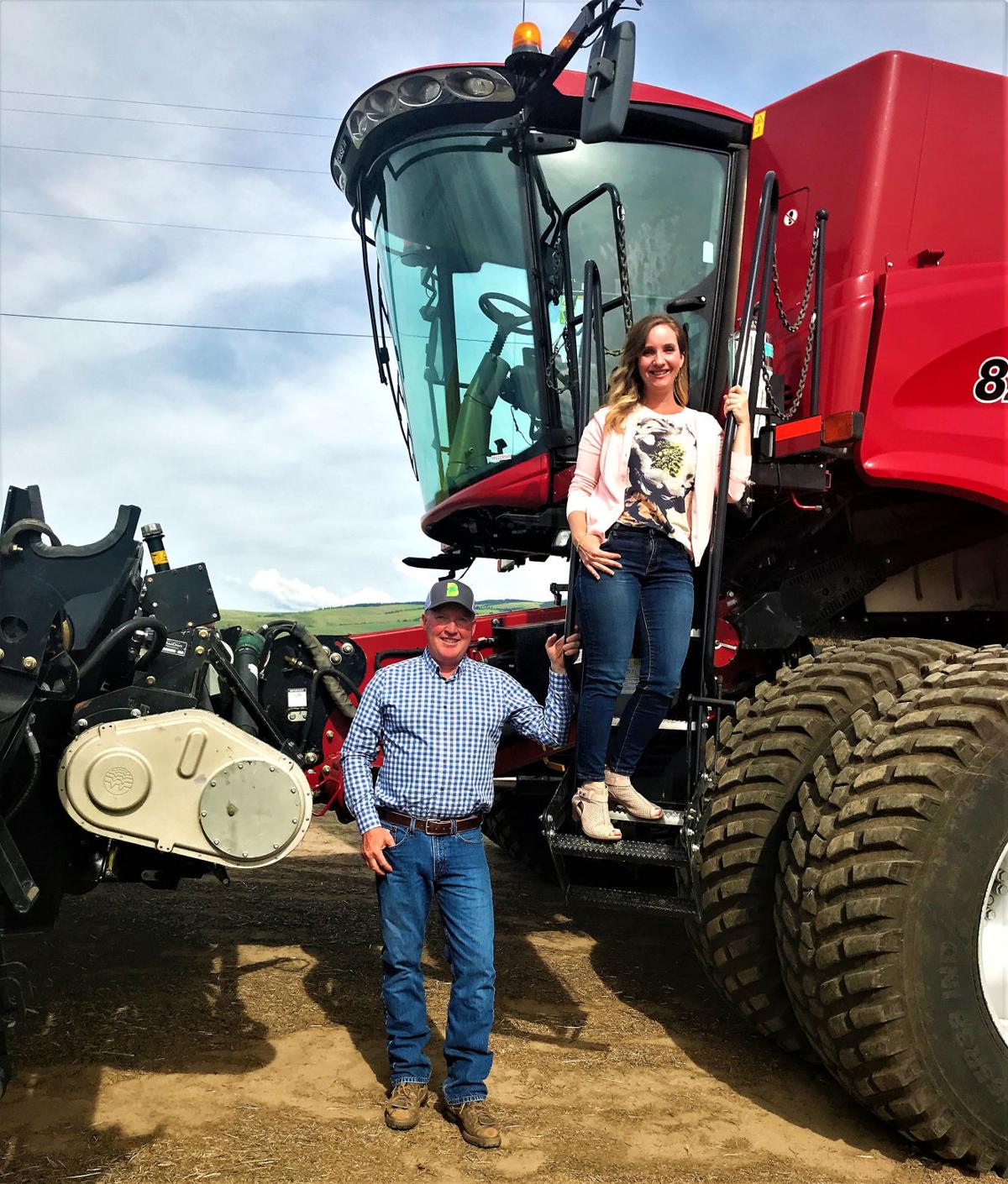 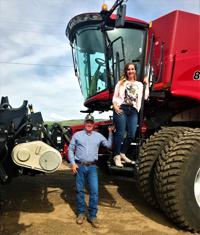 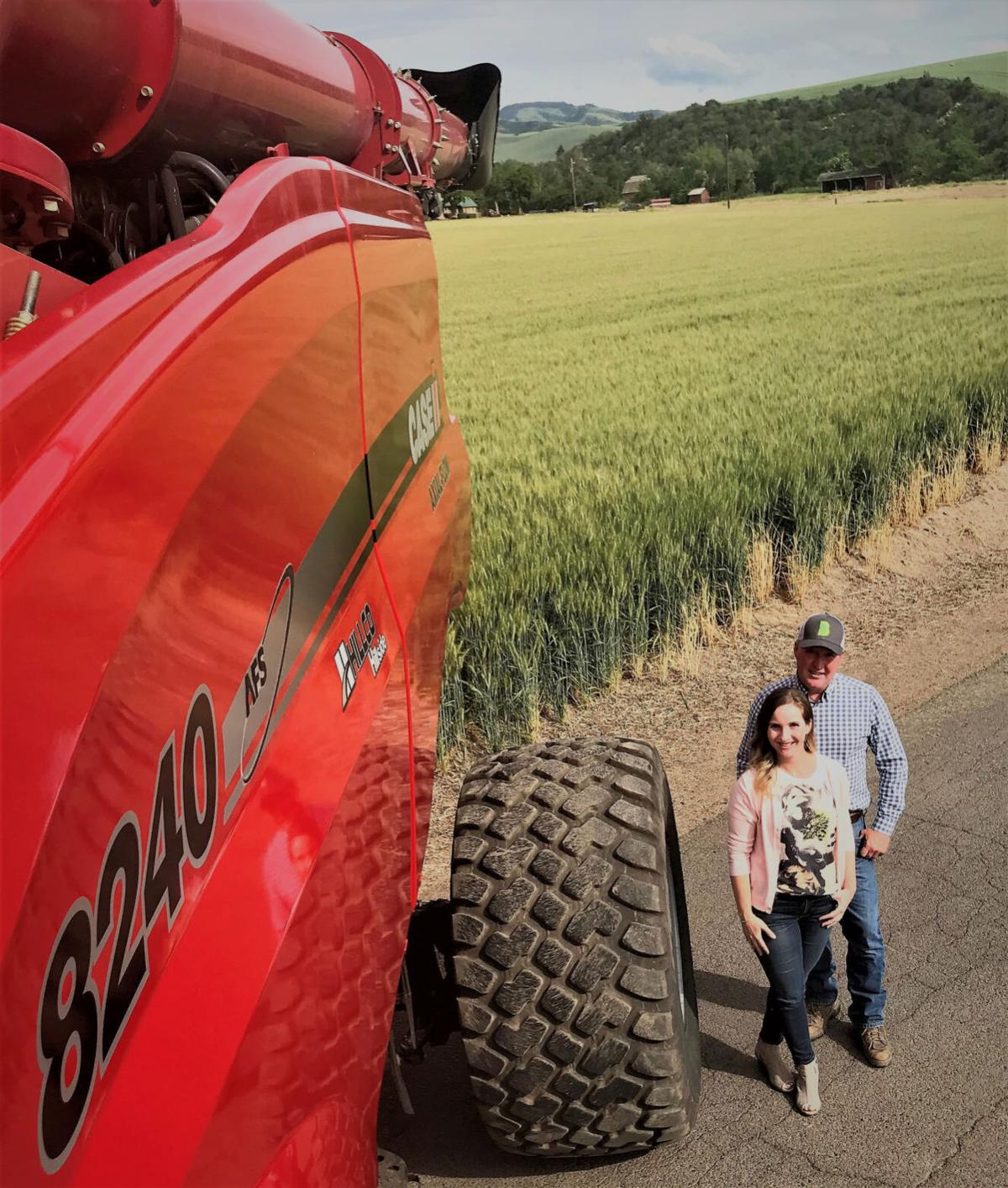 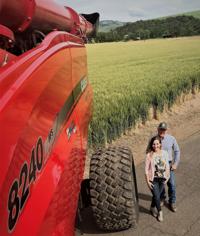 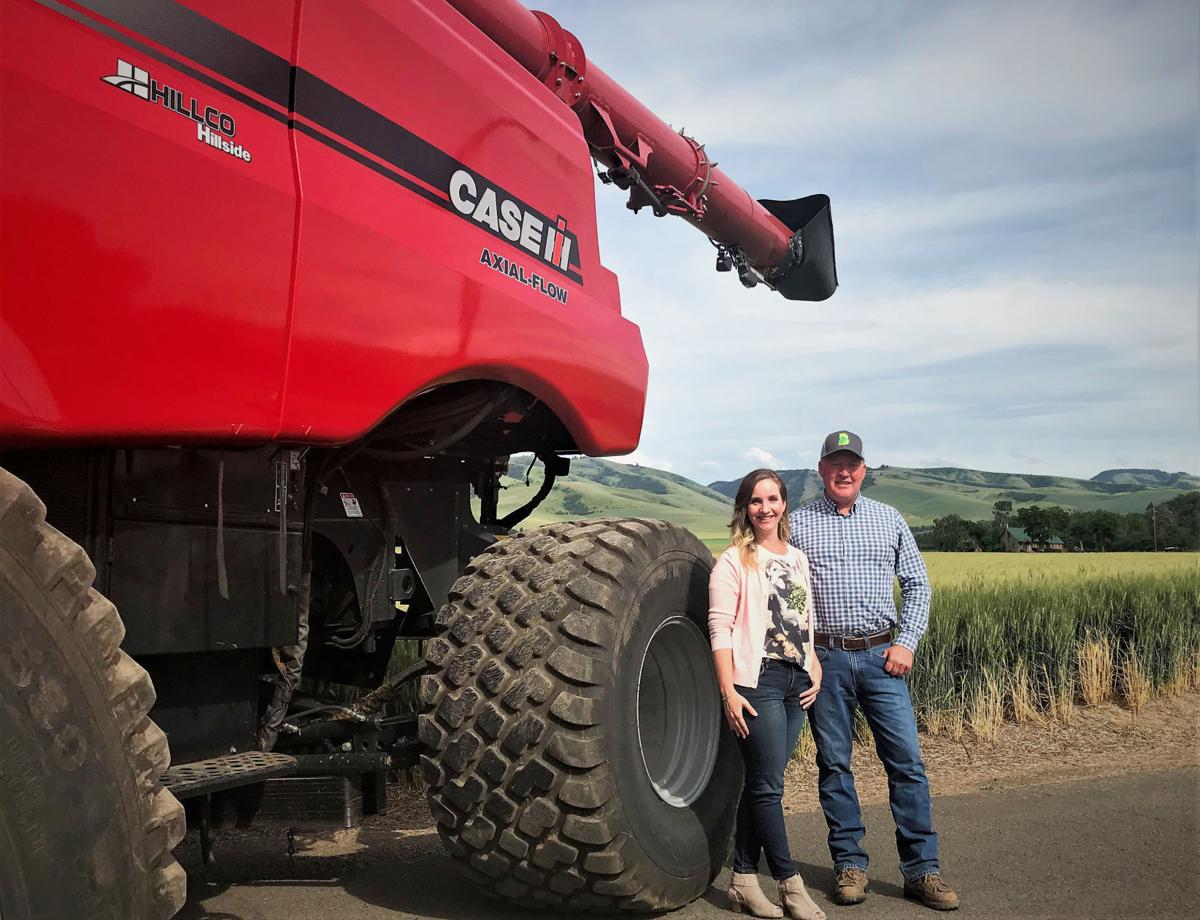 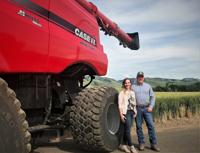 A love triangle flourishes along Cottonwood Road at the foot of the Blue Mountains.

As deep as the green of wheat in the spring, Jason and Sarah Beechinor have a thing going on with the soil beneath their feet.

Far from all take and no give, what characterizes the Beechinors’ farming is the desire to be kind to their earthly partner.

“This is some of the best farmland in the world,” Jason Beechinor said, “Deep soils and satisfactory moisture. We try to return the riches. We like to focus on soil health, to leave the farm better than we found it.”

“There’s definitely a connection to the land,” Sarah Beechinor said. Six generations of bonding, in fact.

In 1863, Jason’s ancestors started a homestead that grew into this couple’s agricultural enterprise of wheat, barley, peas, garbanzos, sunflowers and seed corn.

Today, the operative word for the Beechinor Farm’s blend of dry-land and irrigated acreage is “we.”

Sarah Beechinor, often using her master’s degree savvy for business and finance, is hoeing the rows every bit as much as her husband. The sole owners make strategic decisions together, defer to each other, and, as Sarah says: “We forge our own way, choosing how we want to do things.”

Before harvest’s 14 to 17-hour days began, the couple paused to speak to Lifestyles:

Lifestyles: What do you like growing the most on this large, diversified farm?

Jason Beechinor: My favorite plant crop to grow is corn, seed corn. Because it’s irrigated, we can control most aspects of it. And there’s just something about putting these small seeds in the ground and in 60 days the crop will be taller than I am. My favorites may not be the cover crops but it’s rewarding to be putting nutrients into the soil. We rotate multiple crops for soil health, and put back all the residue, the organic matter, from different operations.

LS: Besides you two, how many people does it take to operate the farm? Machinery? Issues that crop up?

Sarah Beechinor: It’s just Jason and I running it, and the work never stops. But we also have anywhere from 12 to 15 fulltime employees, and a harvest staff that grows to more than 20, including college and high school kids. We’re large-scale farming, spread out from Waitsburg to the Touchet area and also on the foothills of the Blues.

JB: We have three 580 horse-power-tractors and four combines, among other wheeled equipment. It’s very technical, all our tractors are GPS controlled, which means we can minimize applications breaking up disease. That saves money and our land. The number one breakdown is the computer, not the tractors. We have no-till sections too. As for bugs, you name it, it’s out there, from aphids on out. And if it’s a bad rust year and it gets up on the flag leaf, it’ll shut down the kernel production.

JB: I grew up farming beside my dad and knew that’s what I wanted. I’m good at working with the dirt, I’d much rather be in the field, jumping in and out of the pickup. And all our kids have grown up with a love of the land.

LS: How do you cope with the uncontrollable as far as the farm goes?

JB: I tend to not get my hopes too high — there are too many variables, like rain during the growing season. It can be heart wrenching. I’m pretty good at shifting focus, but my wife says I complain a lot!

LS: What intrudes on your peace of mind as far as farming goes?

SB: The constant state of not knowing — you never know what your income’s going to be. The inputs can all be the same, the hard work, but you can wind up with a great year or a not-good year. Small farms can set their own prices, but we’re basically controlled by the worldwide market, and when the international markets can’t sell — in 2018 the garb market fell out and it’s all still in storage — it’s most frustrating. We both know the milk is going to spill at some time, so we plan for the worst. We’re extremely conservative, consistent. It’s not just about making money. We want to leave the land better than it was, it’s our duty and we’re doing this because we’re good at it. Land is like a masterpiece of art, you’re not able to replicate it.