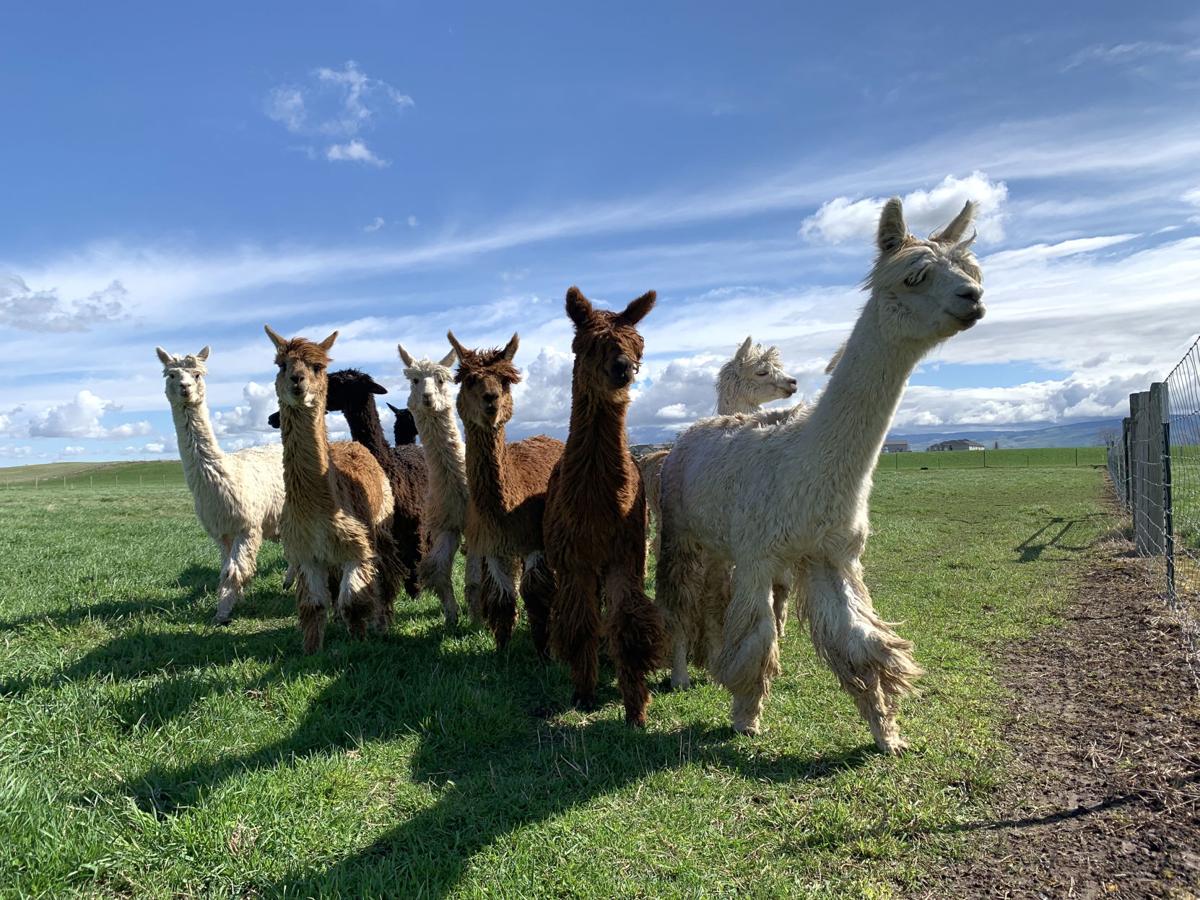 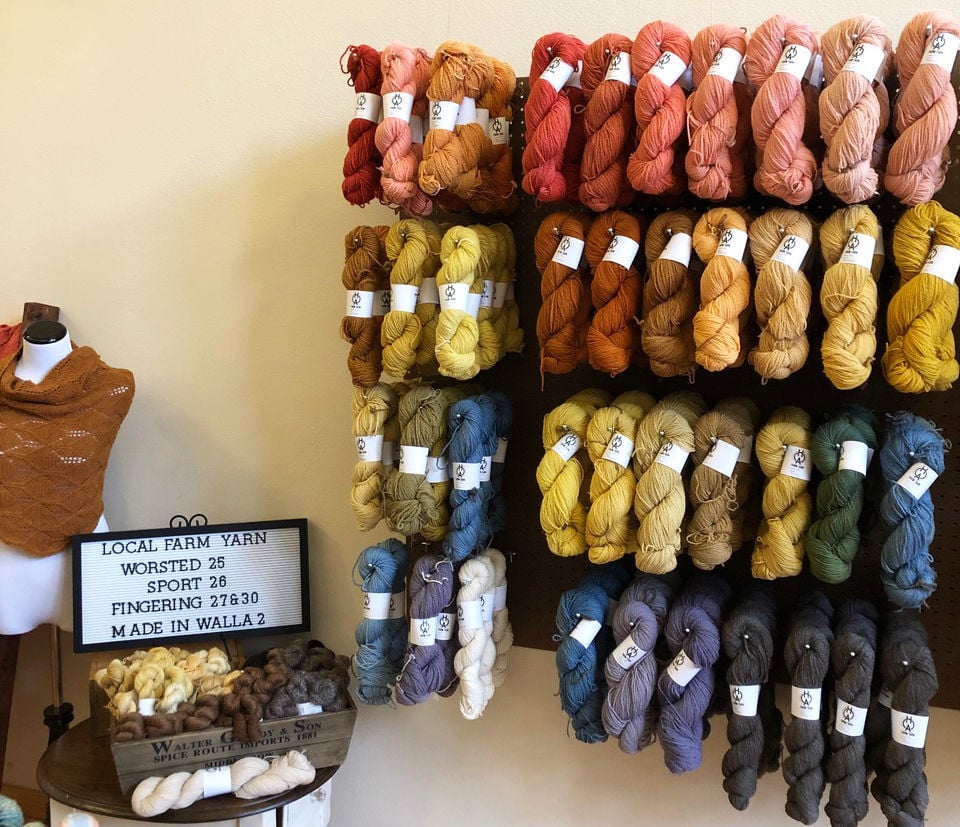 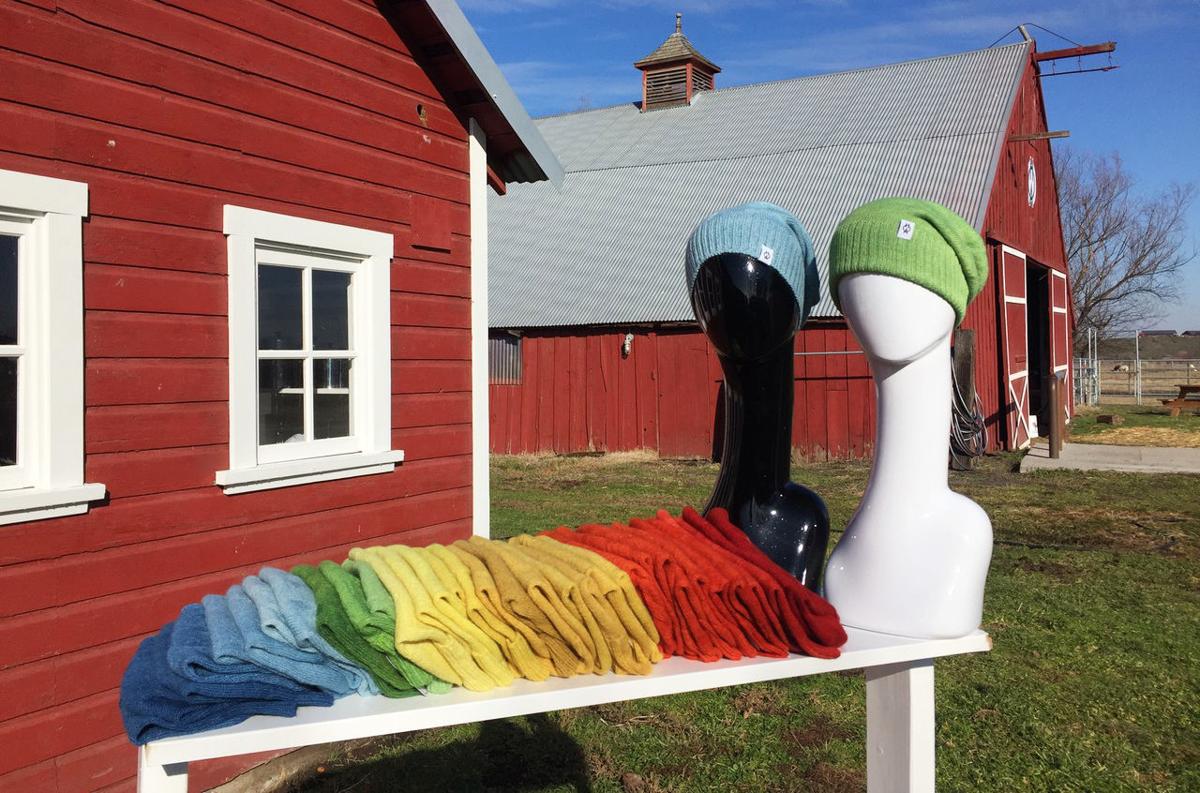 The first batch of naturally dyed knitwear offered in every color of the rainbow. 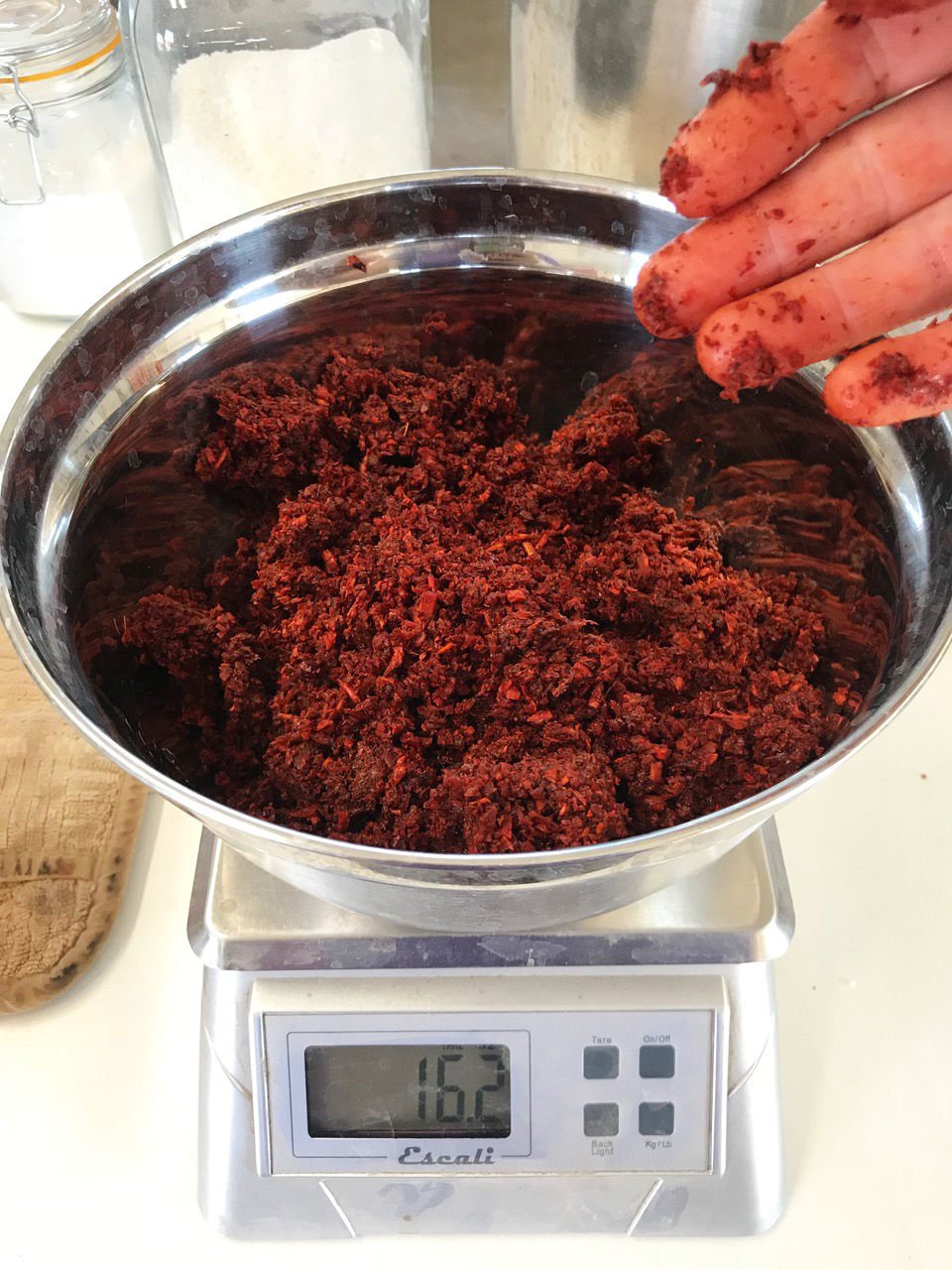 The first harvest of madder roots planted in 2015 and harvested in 2018, which yields rich crimsons and soft pinks.

The first batch of naturally dyed knitwear offered in every color of the rainbow.

The first harvest of madder roots planted in 2015 and harvested in 2018, which yields rich crimsons and soft pinks.

You never know where two llamas may take you.

In May 2014, Elaine and Mike Vandiver bought a 10-acre farm in Walla Walla, the last remnants of the original 164-acre Gholson homestead dating from 1875. Copies of the original documents came with the farm.

They had no specific plans for it, but as a traditional family was not in the works, and as a veteran of the Iraq War, Elaine was looking for a transition and a project.

From growing up outside of Chicago, the farm was a complete lifestyle change. Two llamas came with the place and as they needed attention, Elaine went on the internet to see if she could learn how to care for them.

There she discovered Suri alpacas, similar to llamas, but cuter, smaller, and with high-quality, marketable fiber.

Also at this time, they didn’t have a tractor to mow the farm pastures, and she decided a small Suri llama herd might answer this need.

Though not involved with knitting or fiber arts herself, Elaine realized the animals could provide some farm income. They enjoyed raising the alpacas, and as the herd grew, also hosted animals from other fiber farms, ending up with about 25 animals.

In late 2014 the business Old Homestead Alpacas was born, named after the old homestead.

The alpacas are shorn in early spring, each producing about three pounds of fleece. The careful shearing entails three separate ‘cuts’, each comprising a different area of the alpacas pelt and producing a different grade of wool fiber. It is packaged separately and sent to an artisan fiber mill in Tennessee for processing. This takes a number of months as capacity is small, and Elaine doesn’t receive the yarn back until summer.

The first alpacas were brown, but some of the later animals were white. Elaine wanted to dye some of the wool, but didn’t want to use commercial-grade acid dyes on such exquisite fiber.

After some research and taking classes, Elaine established a dye garden in 2016 using traditional plants that produce colorfast natural dyes. She tends the garden all summer, drying and freezing plants and flowers as they are ready to preserve them until she receives the processed fiber back.

In 2017, Elaine started a knitwear line. After she receives the wool yarn back it is sent to a small artisan knitting mill in Kennewick, Washington. Machines are used to do seamless knitting. After receiving each piece back, it is individually dyed.

She offers scarves, gloves, and hats online, at the Winter Farmer’s Market and at various winery and business events around the Walla Walla area.

Old Homestead Alpacas is a member of the Farmer Veteran’s Coalition. All products carry the “Homegrown by Heroes” label to let shoppers know they’re purchasing from a veteran-owned farm.

Elaine realized she needed to diversify the farm with a short-lead business that produced more immediate income than alpaca knitwear as it is so long-lead — it takes almost two years from its inception to the saleable end product. It takes one year for the alpaca’s fiber to grow, then almost another for processing the fiber, knitting and dyeing it with expenses all along the way.

Elaine thought she would experiment with growing cut flowers. She already had a garden and had learned how to propagate and grow plants. Starting with just one row of zinnias, cosmos and sunflowers, she made flower arrangements and brought them into work where she put them in the office and on people’s desks.

Everyone loved the flowers, so Elaine took a small business cut flower growing course at Floret Flower Farm in Skagit, Washington, and visited local farmers markets to see if there was more room for cut flowers.

In 2018, Gholson Gardens was launched, named after the original homestead family on the farm.

Elaine says, “Flowers have provided a beautiful synergy to our farm operations as well as a revenue stream to make it possible for me to make the farm my full-time occupation.”

Besides farming providing an uplifting and therapeutic experience, Elaine says the farm has given her an opportunity to give back to the community and to continue to take responsibility for the heritage of the Gholson’s original homestead.

Clearly, Elaine Vandiver is someone to keep an eye on. A new project is distilling herbs and flowers for spritzers and skincare products. Her endeavors are just beginning.

You can find more information about Old Homestead Alpacas online at www.oldhomesteadalpacas.com.