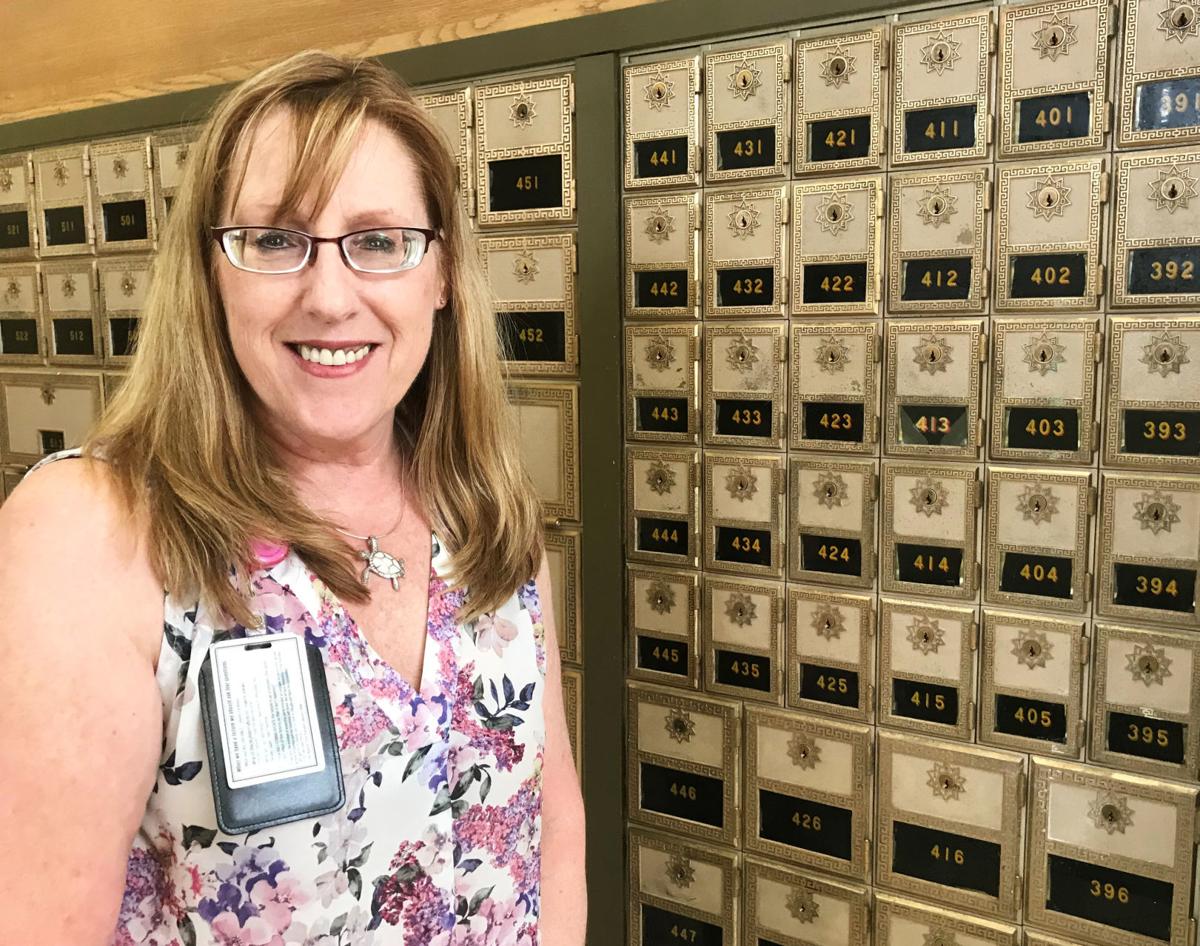 USPS supervisor Tami Hamilton with a few of Walla Walla’s 3,000 postal boxes at the main post office. The bank of residents’ boxes formerly had combination dials for access and those dials could be reset by Hamilton, but now patrons must use their box’s key. “Harder to replace,” Tami said. 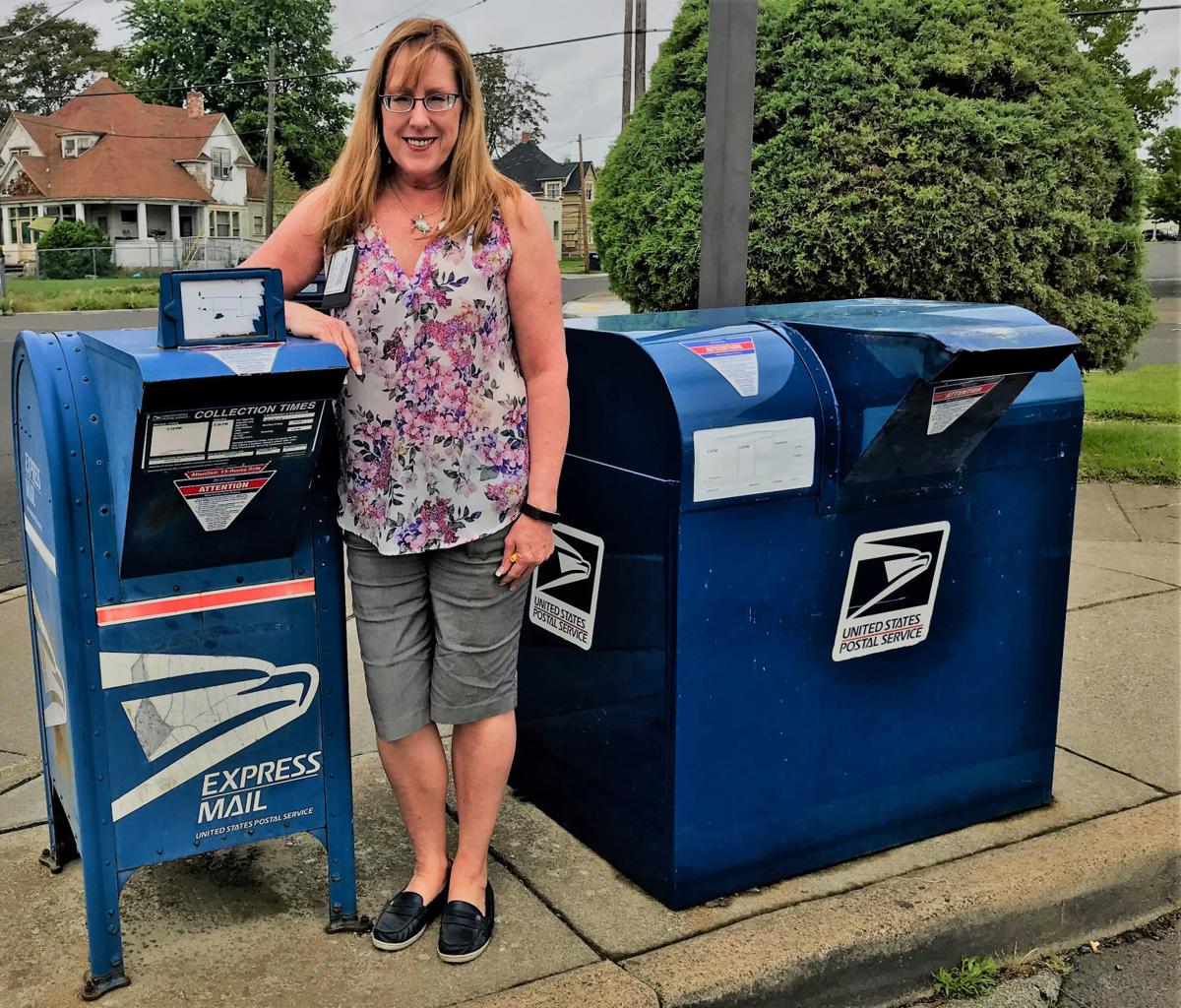 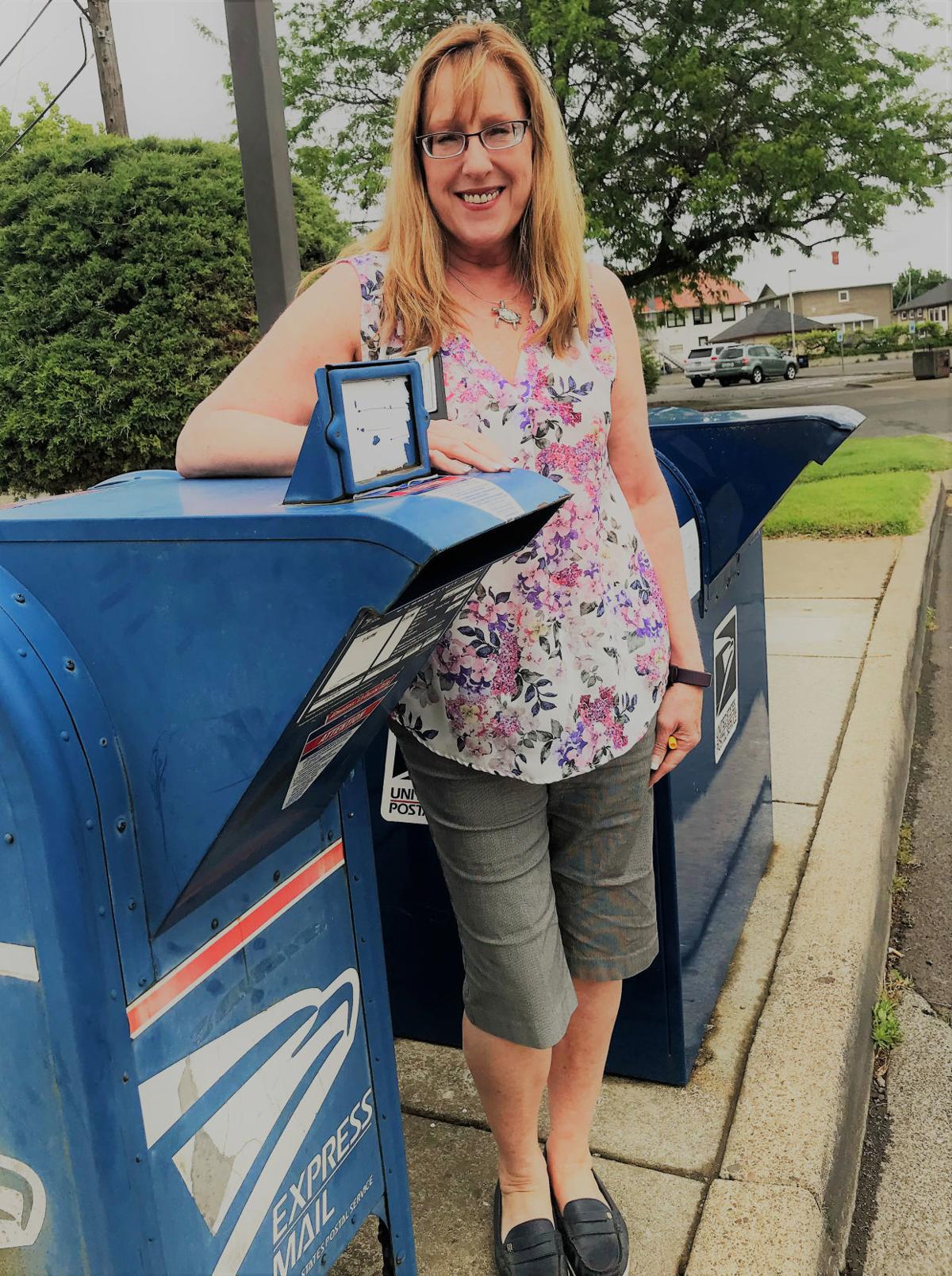 USPS supervisor Tami Hamilton with a few of Walla Walla’s 3,000 postal boxes at the main post office. The bank of residents’ boxes formerly had combination dials for access and those dials could be reset by Hamilton, but now patrons must use their box’s key. “Harder to replace,” Tami said.

When most folks are in the depths of REM sleep, one local woman’s eyelids bolt open thinking of the U.S. Postal Service.

Up at 2:45 a.m., Monday-Friday, Tami Hamilton, 57, flies downtown in the dark to Walla Walla’s venerable 1915 U.S. Post Office at 128 N. Second Ave. There she oversees seven clerks with only three hours to organize all the material that a 4 a.m. sealed delivery truck from Spokane passes on.

A whirlwind of fast-moving hands filter letters, publications and parcels for 3,000 postal boxes, 25 carrier routes around the city and 10 rural routes — all by 7 a.m. That’s 35,000-45,000 pieces of mail each day except Sunday.

“It’s an awful lot of work,” Hamilton says with a chipper smile.

Loaded-up, long-life vehicles and their postal carriers head out and tread the city routes — from 6 to 16 miles each — delivering mail through sun, wind, snow or sleet. Other carriers drive 10 rural routes, including one circuit that’s 57 miles long.

And there’s a new twist, Hamilton notes. Amazon’s contracted with USPS for seven-day-a-week deliveries, and since locals are staying at home more than usual due to COVID-19, the Amazon parcels have “tripled.”

High-energy by nature, a quality she says she inherited from her mother, Hamilton has four years in Walla Walla as supervisor of customer relations, which includes opening the operation daily. All told, she has been with USPS seven years, starting with a two-person post office in Dickenson, N.D.

She was born and reared in McMinnville, Ore., where she started working for a paycheck at age 17. Tami’s had her own deli business, moved out to the North Dakota oil fields, and from 2016 to 2019, for her new supervisory job here, she and her husband endured a long-distance relationship. Now at home together in Walla Walla, the couple still has no social life, she says, with a rueful smile. But her 6 p.m. bedtime is hard to negotiate with, given that her alarm clock calls when the stars are still out.

Lifestyles: How many people do you work here at the main post office? And do tell about those sporty uniforms:

Tami Hamilton: We cover both Walla Walla and College Place, this is a pretty big office. In total, we have 67 staff people, plus three supervisors and the postmaster. Everyone is vetted for integrity, trained at the district office for three to five days. We all take a serious oath. This staff is tried and true. There’s an extremely strong union, but we follow a military standard here. We keep military time and give orders if necessary. The staff gets to pick out their own uniforms from options we provide, such as a polo shirt or a button-down shirt, hats. Supervisors wear business casual, but everyone has to — has to —wear leather shoes at work.

LS: Why does the mail now go through Spokane? Before it was in and out of Walla Walla.

TH: Spokane has equipment to scan for all bad things in the mail. We had to go that route after the anthrax scares.

LS: What’s the most difficult aspect of your job?

TH: Being a supervisor of carriers when I’ve never carried mail. Sometimes on a bad day that pushes back on me. And then there’s Christmas. We get double the mail around holidays.

TH: Birds! Live chickens. Chicks. It was a shocker to have these boxes and all this cheeping. A chick got loose one time, running around back there, and we’re trying to catch it. And then trying to find the right box to put it back into. These are what we call shipping ‘lives.’ We only ship at certain times of the year because of weather. And we do not ship puppies or kittens, which is a good thing. I’d have to look after them. I’m an animal lover.

LS: What is the best aspect of your job?

TH: I love the mind-consuming part, it fills every orifice of my mind. I don’t get bored — ever. I have high admiration for the Post Office. It has an 86% public approval rating. This is the one place they can depend on. 