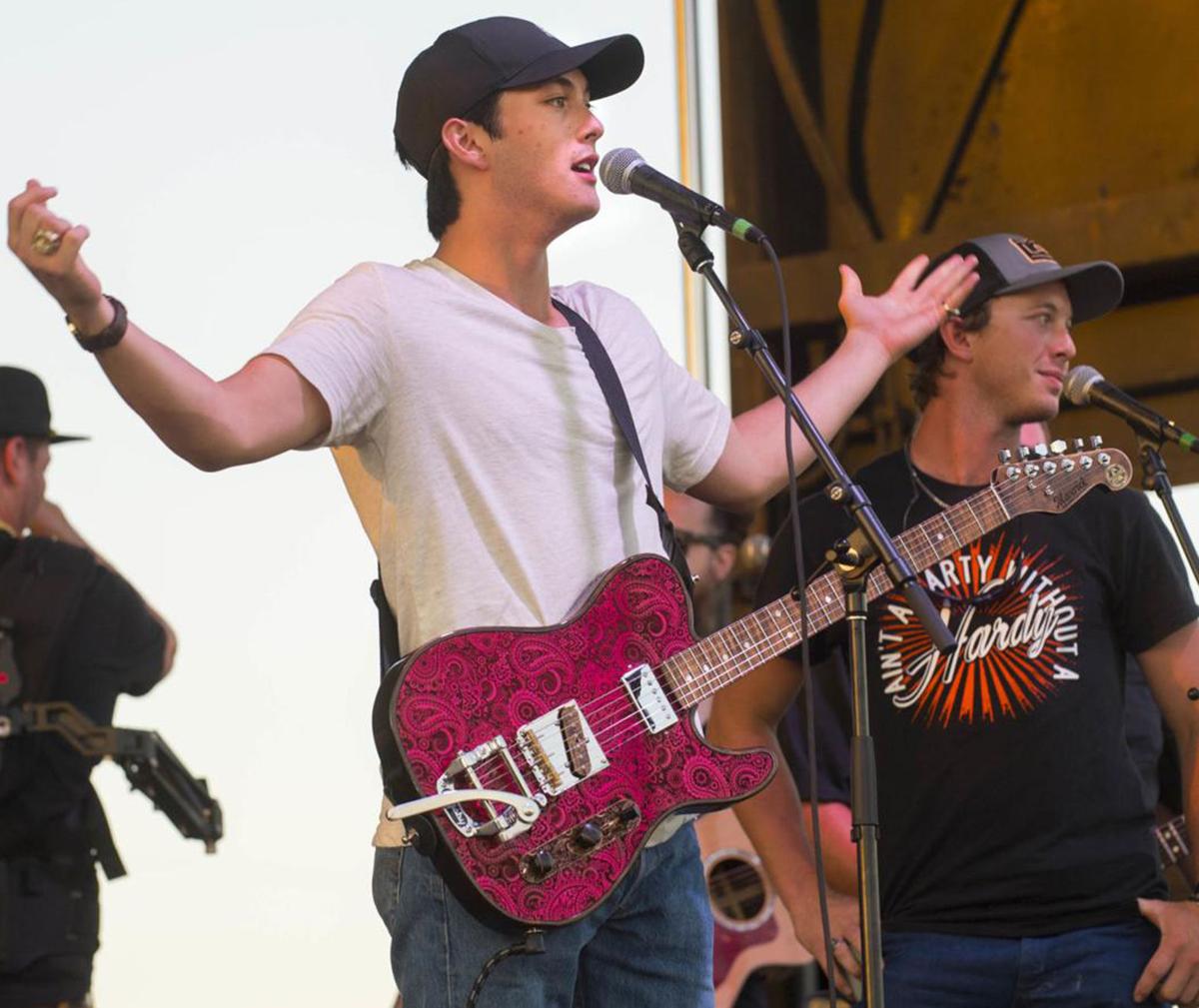 Before singing on Tuesday, American Idol TV show finalist Laine Hardy greets a crowd at Livingston Parish (La.) Fairgrounds and tells them he thinks they are the largest group he’d ever played in front of. Front and center is his new Walla Walla Guitar Company laser-etched guitar. 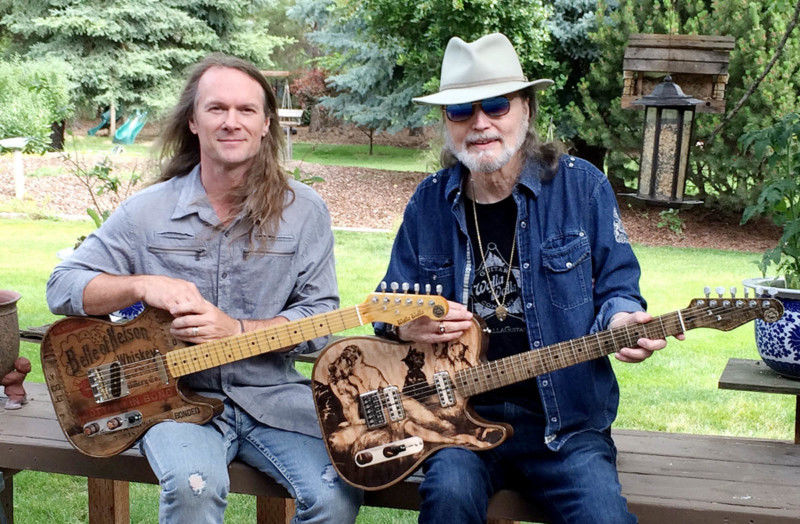 Before singing on Tuesday, American Idol TV show finalist Laine Hardy greets a crowd at Livingston Parish (La.) Fairgrounds and tells them he thinks they are the largest group he’d ever played in front of. Front and center is his new Walla Walla Guitar Company laser-etched guitar.

The hollow-body wood instrument with a flame maple inset was in the hands of its new owner and American Idol (top five) finalist Laine Hardy, 18, from Livingston, La. He sang “Can’t You See” by The Marshall Tucker Band.

Following Laine’s televised performance, Idol judge Katy Perry said to audience laughter, “Laine, let’s pretend that you don’t win this show ... so the next two songs, I want to see that fight even more. I want you to keep scaring yourself. You see that guitar? That guitar is your girlfriend. Treat her good.”

Fellow singer and judge Lionel Ritchie added, “From now on out, give us attitude.”

Laine and guitar were still in the running at the end of the show, headed to the finale this Sunday.

The guitar’s journey to the limelight started when Barry Hardy, Laine’s father, contacted Walla Walla Guitar Company partners Ken Melhus and Terry Martin a week before the semi-final show to ask about their merchandise and order one. Barry discovered the business’s guitars online more than a year ago.

Ken and Terry told Laine if he played their guitar on the show, he could keep it.

Ken and Terry had the stand-out guitar with a paisley design etched into its top in stock and overnighted it on May 9 to the Television City Studios in Hollywood. Laine got it May 10 and played it May 12.

“This is absolutely the best advertising dollars we have ever spent. Millions of people have now laid eyes on Walla Walla Guitars,” Ken said.

In fact, in its final broadcast primetime live and same-day ratings for May 12 via The Nielsen Company, tvbythenumbers.zap2it.com reported 7.87 million viewers tuned in to American Idol on May 12.

By Tuesday, Laine was back in Livingston, Walla Walla guitar in tow,  to be in a parade and attend a huge parish-hosted welcome home celebration in his honor.

The Advocate newspaper out of Baton Rouge photographed Laine with his new guitar onstage at the concert he gave there.

Walla Walla Guitar Company has been around for about five years, Ken said, but combined, he and Terry bring more than 75 years worth of designing, building and playing experience to the table.

Terry retired from Martin Archery — Ken worked there 22 years until it closed in 2013 — and the two friends of 25 years launched into the new enterprise with a passion for music and guitars.

“From our teens we have spent countless hours playing music and have been on a quest for that perfect instrument. That search for the elusive, perfect guitar drove us to ultimately building it with our own hands,” Ken said.

“Everything is hand made. We’ve designed something we love. It’s pretty spectacular, plays and looks good. It’s very playable. Walla Walla Guitar Company’s goal is to create instruments that are visually exciting, unique and play like an old friend,” he said.

Their custom handiwork is executed in three styles: laser-etched, crystal and vintage wood, such as old crates repurposed for guitar tops. They make 3D tops with embeded items such as pennies from the 1800s.

Ken said theirs is considered a boutique market. With a third full-time employee and one part-timer, they produce about 150 guitars per year that range from $2,000 to $3,000 per instrument. Their shop is at 2109 S. Wilbur Ave.

See Laine’s May 12 performance at youtu.be/X3hhgWVcOUQ. The American Idol finale part I show will air at 8 p.m. Sunday on ABC/KVEW when Laine, Alejandro Aranda and Madison VanDenburg vie for the grand prize.

The prize this year is yet to be revealed.